(warning, this is somewhat violent.)

My fist crashes into his jaw like a sledgehammer. I can hear his jaw crack. I can feel as the smile fades from his face. He can feel that something’s different.
I bring my other fist into him, harder this time. Teeth fly out of his mouth. He’s in pain. Good.
I’m not holding back at all now, my body an instrument with only one goal. Kill him. Make him suffer. My knee slams against his gut. My fists tear away at his face, each blow drawing more and more blood from his bleached skin.
He tries to bargain with me, to dissuade me from what I’m doing. It doesn’t work. I don’t even really hear him. Somewhere in the back of my mind I think I can hear Alfred telling me to stop. I won’t.
I break his collarbone. I break it hard and fast. His scream is almost worth it alone. He’s not pleading now, just trying to crawl away. I grab his ankle and drag him back to me. I grab him by the collar and hold him up. He looks into my eyes, and there’s something there. Something I’ve never seen in them before, in all our years of playing this game.
He’s afraid.
Alfred’s voice is clearer now. He’s telling me to think about what I’m doing, to think about the ramifications of ending this. Doesn’t he understand? Doesn’t he understand what this maniac has done, what he’s taken from us? From me?
In my mind’s eye, I can see myself just doing it, snapping his neck without a second thought. I want to. More than anything I’ve ever wanted. But then the scene changes. I see a man with a gun, ripping the only two people I loved away from me. I see a promise made, an oath sworn.
I drop him. The lunatic crumples to the ground in a heap. I can’t kill him. Not even for Jason. Not even for my son.

man, that was intense

@EMMSixteenA4, you know what to do

man, that was intense

I second this opinion!

you know what to do

This reply is late because yesterday I said tomorrow. 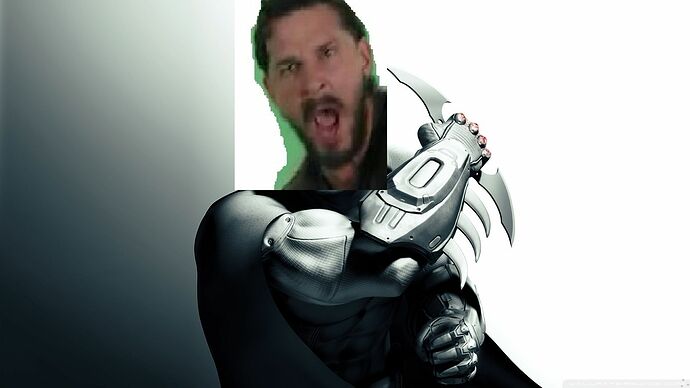 I changed the name already