So I decided I wanted to do an Aeonyx moc. 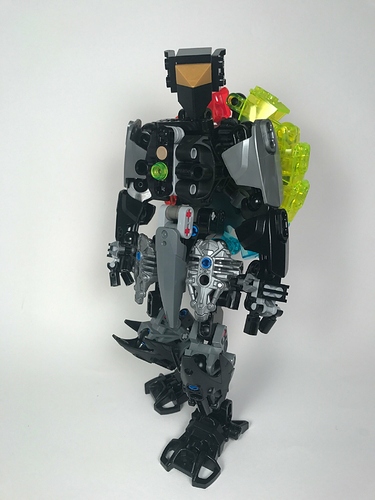 Abilities/elements: each arm on the ring possess a set of three powers. The blue arm uses space based powers like gravity manipulation, energy manipulation, and matter manipulation. The red arm uses powers physic powers like telekinesis, teleportation(wormholes), and telepathy. And the yellow arm uses time based powers like timestop, time exeleration, and time deceleration in a given area. The catch to using these abilities is that he can only use one arm’s set of powers at a time as using more than one puts him in immense pain and heavily taxes his body and could destroy his physical form leaving him to reconstruct himself over many years.

Bio: Antisocial but fiercely loyal to Lady void, Eon’s purpose is to navigate the universe in search of planets and star systems that can prove useful to the Aeonyx empire. If a planet is found to be useful, it is reported to Migrator or Lady Void’s court. If a planet cannot be terraforming or used in any other way, Eon will depose of it by destroying it. He prefers to spend his time outside of the empire looking for planets to ether destroy or deem useful as he is ostracized by most of Aeonyx society because of his immense destructive power and ability to cause large amounts of damage to any given area. Among his favored abilities are his gravity manipulation, telekinesis, and long distance teleportation through the use of wormholes.
More pictures: 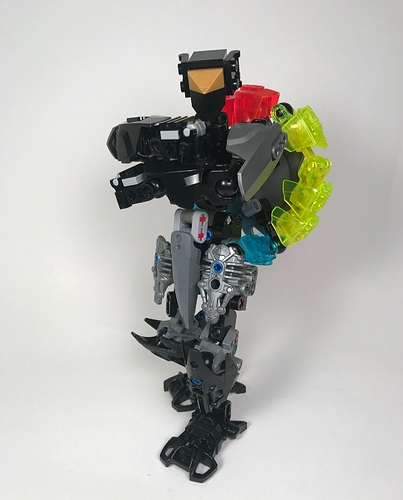 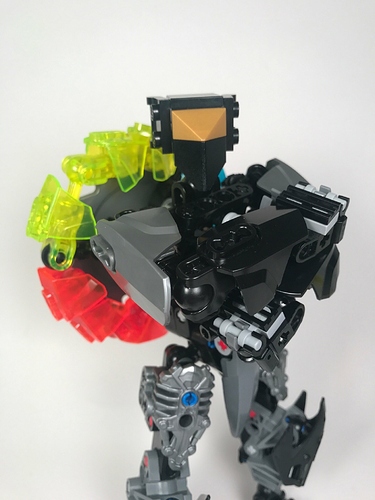 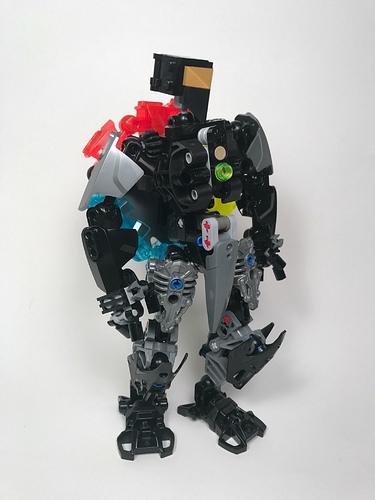 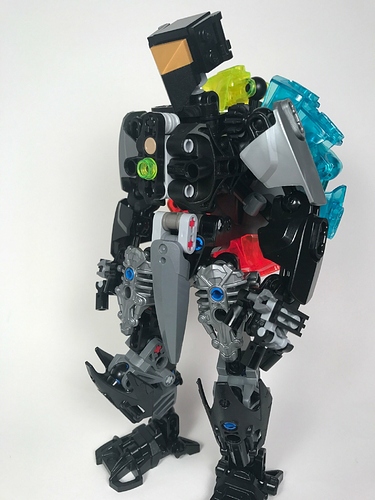 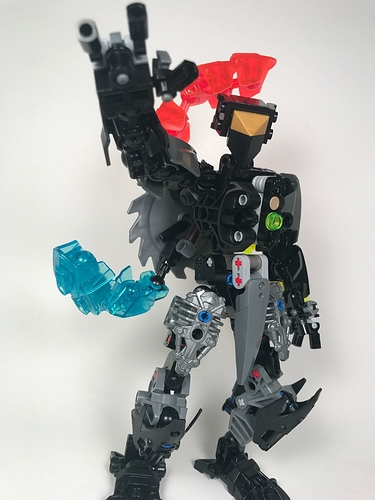 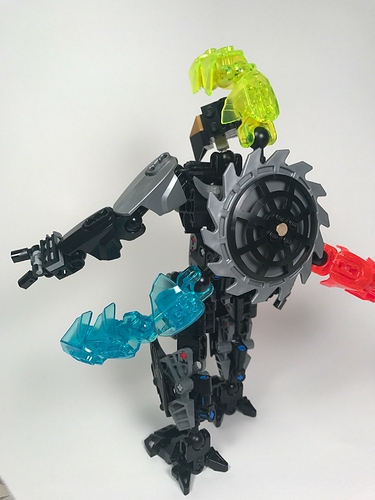 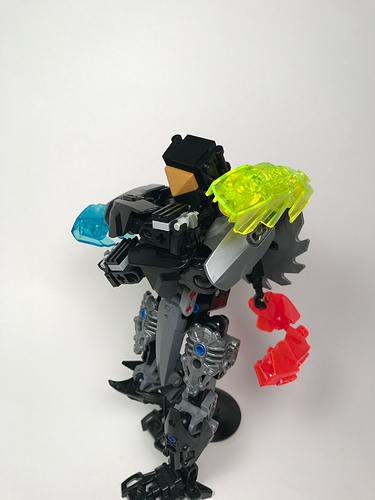 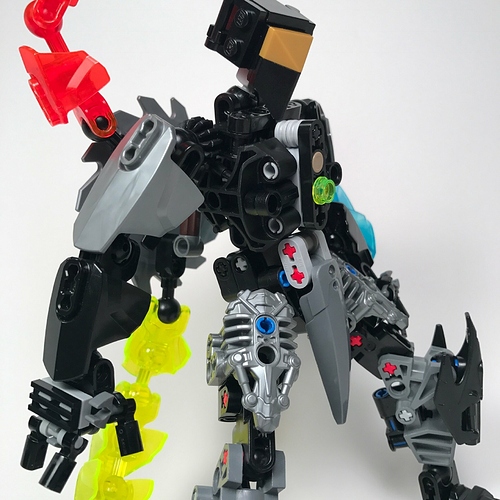 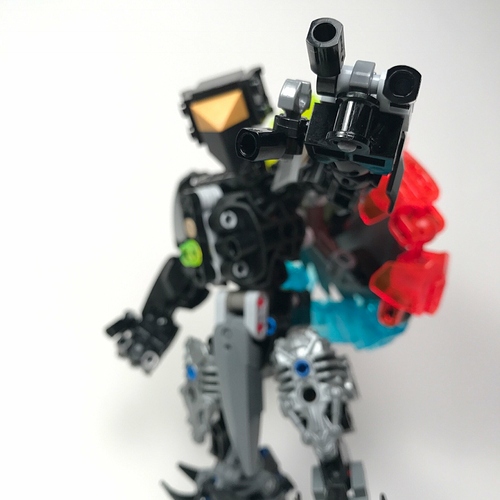 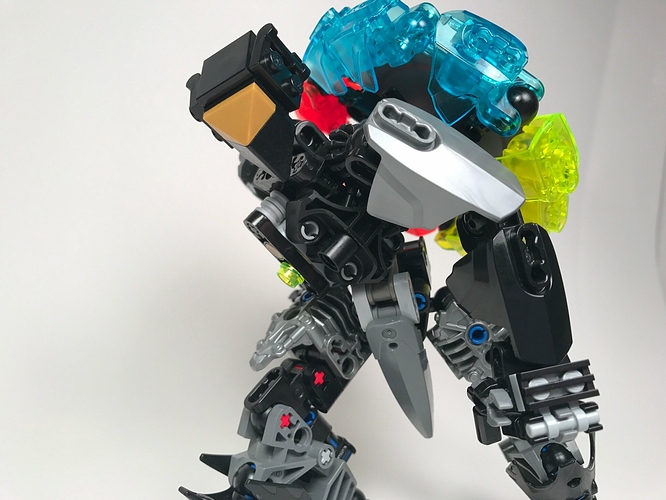 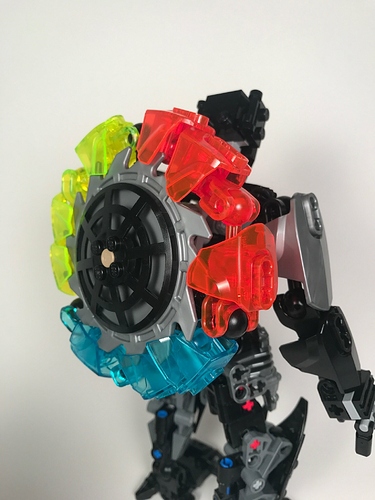 Other things about the moc: I’m probably going switch out a few parts for difrent colors like the grey Mata foot in the legs and try to find some different peices for the chest.

Update: I’ve switched some of the peices to fit with the color scheme. 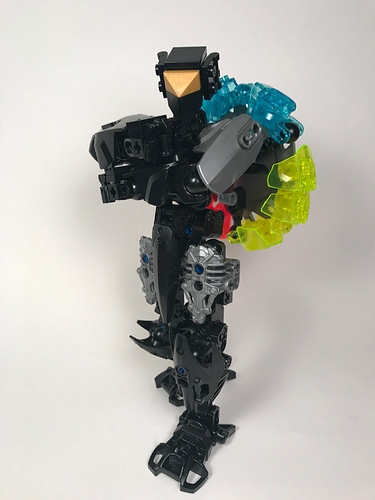 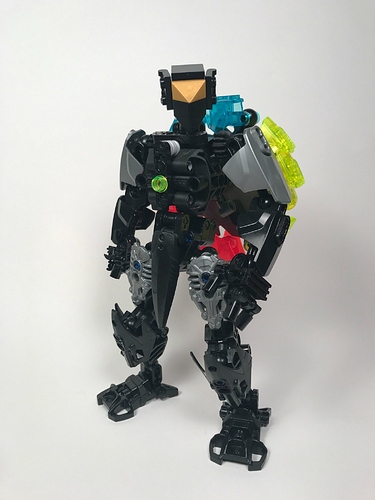 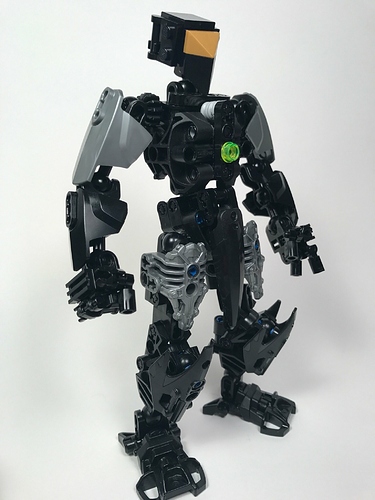 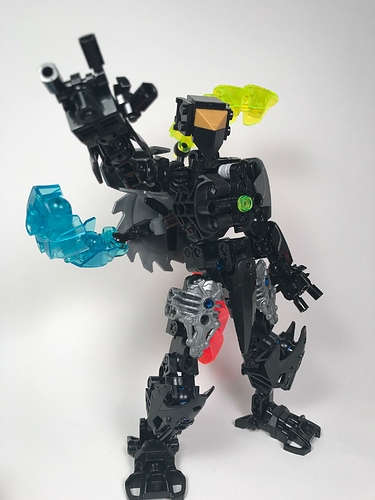 The color scheme isn’t consistent and there’s exposed Technic everywhere.
The little thing on the back is really cool though.

Also that armor in between the legs look odd and out of place.

I don’t mind the color much except for the blue and red pin/axles and the way the “ring arms” wrap around looks solid.
The bottom portion is not that great tbh and doesn’t give too much of a Aeonyx vibe aside from the ring, but still good-

I’d advice you to contact Alieraah to get him added to the records.

:0 Yes! Someone who didnt try to replicate Alieraah’s head for once!

The shield is beautifully done.

Thanks. I basically started with the wheel and I feel that it’s the strongest part of the moc.