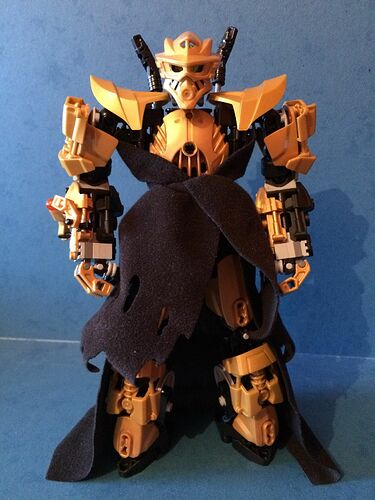 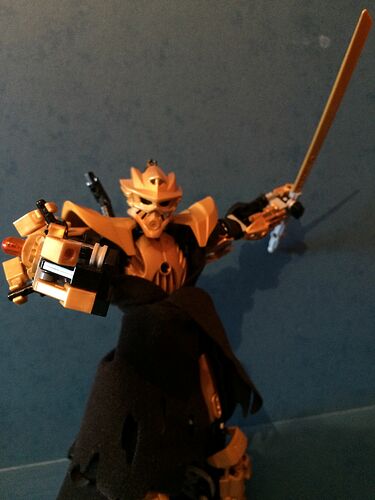 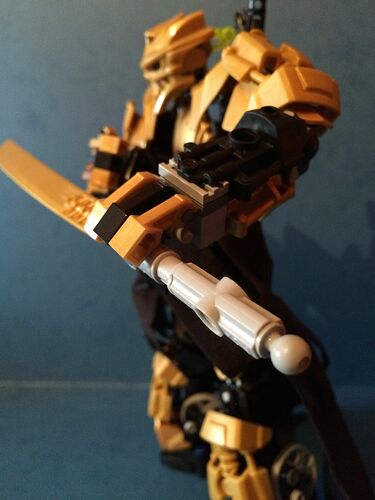 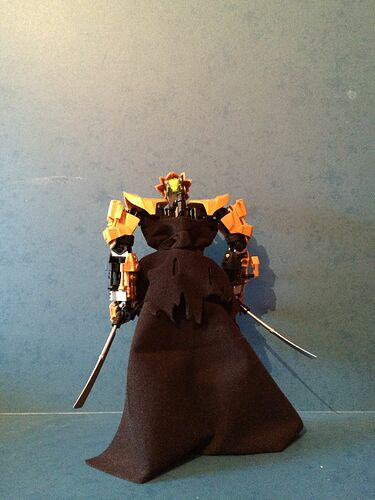 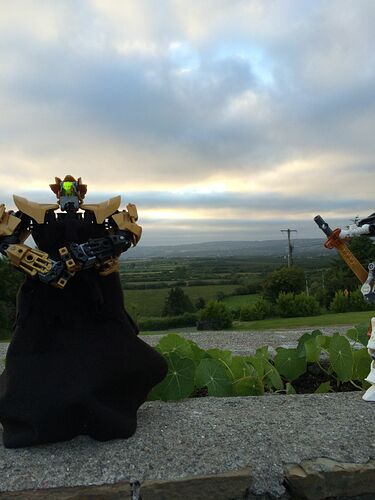 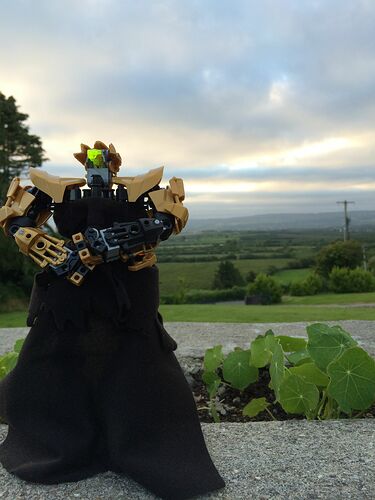 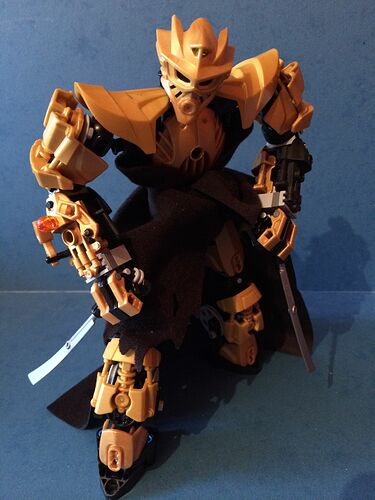 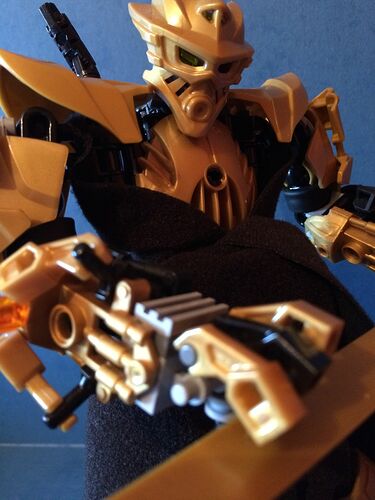 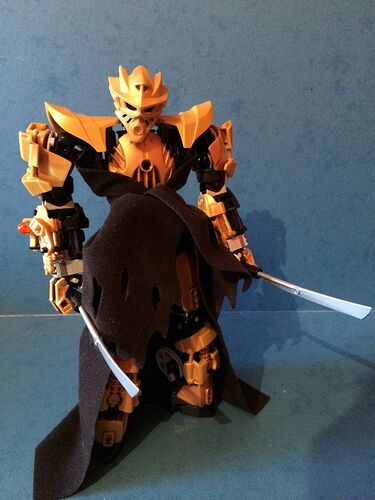 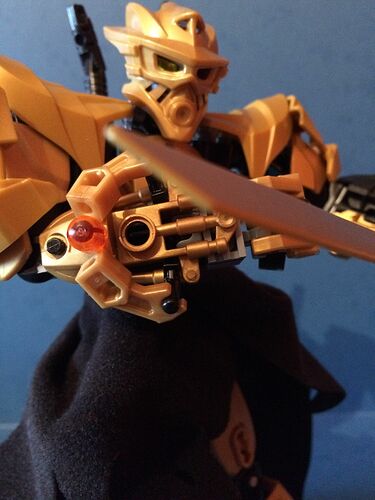 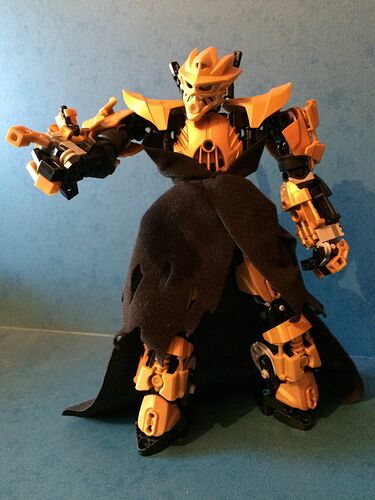 So here’s version 3 or so of my self-MOC. His name is Chinese for doom. He’s got what I intended to be a wakizashi but ended up sized more like a katana. That blade’s called Maliwan. He’s a king, so he’s looking all regal and such with his coat and all. Oh yeah, and he has two blades that are like a mix of a katana and a dirk with curved handles, those he calls ‘dirkatana’, fittingly.

The crest of his house (house Amber) is on his forearm, in case the greebles threw you off. So yeah. Third and final version of my self-MOC.

Also, yes, I did quit but I came back. Maybe just to make this MOC, maybe forever. I dunno if I want to make stuff after this anymore. Dunno what to make, but we’ll go from here I guess.
Oh, and there’s an easter egg in one of these pictures. If you can find it, you have eyesight. 'Grats =P

Awesome! good to see you alive! (kinda) amd IS THAT WREXS? (Not sure if I misspelled that)

why hello there Emperor Kiva 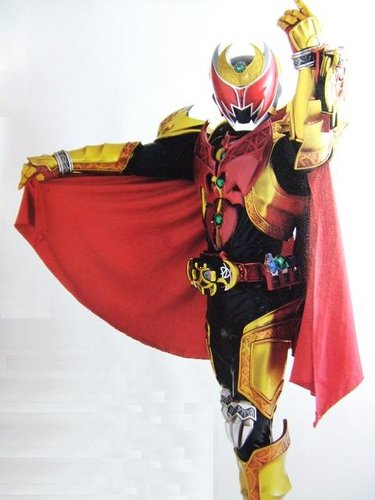 just add some red to the chest and you’re there.

Awesome! good to see you alive! (kinda) amd IS THAT WREXS? (Not sure if I misspelled that)

Yeah, but you already probably say my return as imminent when you saw my name attached to the BOR on YouTube, right? Eheheh.
As to your second question…
… maybe.

why hello there Emperor Kiva

I may not be a big Kamen Rider fan, but were I to add silver to his feet and yeah, some red to his chest and cape, he’d totally be Emperor Kiva. I’ll take that as that you like the MOC? =P
EDIT: Lmao ‘I like it’
I am blind

The feet look odd though

Beautiful. The feet look a little small tho, but that’s the only thing I dislike. Nice color scheme too, makes him look really regal.

He doesn’t have goat feet anymore. That’s a thing, I guess. He’s very solid. The shoulder armor looks a bit like it’s floating, not sure if you could make it cover more of his “skin”. The shins look to have a similar front to Explorer, and probably because I don’t like how that looks in real life I’m a bit iffy about them. Gauntlet thing looks a bit strange with the arms added. Also, the left arm is inverted with colors. Swords look good.

left arm is inverted with colors

That was my bad, I noticed after photographing 30+ pictures (not all made the final cut) and was not retaking them. It was also past dusk so the outdoor shot I would have been unable to recreate.

Hawkflight and everyone else talking about the feet:

He doesn’t have goat feet anymore. That’s a thing, I guess.

hooves
Well, he never had hooves, but rather his boots were enormous and made for wading though the toxic waters of the rivers and random estuaries of his island, and they didn’t exactly look humanoid. The design here is what I wanted that last design to look like. I’ve included a picture of his previous version for comparison.
Another noteworthy difference while I’m getting you to take a glance at this picture anyway is the crest on his chest being moved to his forearm.

Oh gods in retrospect they did look like hooves 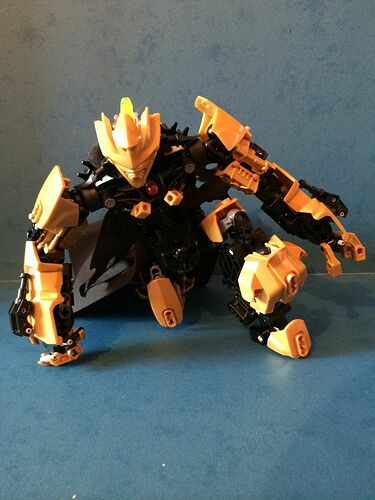 That reminds me. Special shoutout to @Ventum, @Bumblebee5253, Toa Timerus and X for giving me a big hand during this MOC’s development. Thanks to them, Èyùn has finally a good (and probably final) iteration!

EDIT: 21/6/15
Thanks you two!
Also, wow, my other two MOCs posted here didn’t even come close to 22 likes.
I’ll give this as a reward or something, during this MOC’s development the Meme To End All Other Memes appeared, and one sole image kept us through the long, arduous development of this MOC.
I give you… Shiayun. 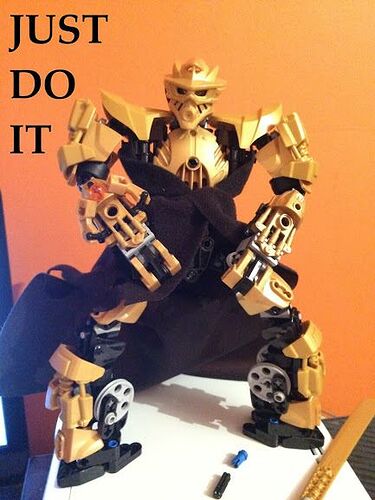 Why does Megaman X come to mind?

This is the best version yet, for sure. Aside from the asymmetry of the lower arms, he’s pretty solid. I’m still not big on the feet but they work. The shoulder army really works well and looks amazing, and I love the crest on the gauntlet. The only other thing is his cloth. They look kind of awkward but eh, whatever. Very solid final version here, and the gold Maliwan is sweg.

Very nice moc, though the greebles on his arm do look a bit weird. His shoulders also give off the impression of being slightly too large, though it isn’t really an issue, just an observation. Fabulous work, i love it.