I’m honestly surprised this isn’t a topic yet.
Anyways, I am curious as to what is your favorite style/potrayal of Bionicle in the CGI animations.

Our contenders are Miramax, Ghost , Tinseltown Toons, and whoever made Journey to One(I can’t find the exact animation studio).
Below are examples of each style.

Anyways, which is your favorite representation of Bionicle, and why?
Or if you prefer another 3D style that I didn’t mention, then what is that one and why do you like it?

I think I like the netflix animation the most.

The Ghost Studio commercials by far have my favorite 3d art style in Bionicle.

I’ve gotta say I preferred the Tinseltown style. It really managed to merge the look of the toyline, and the concept of the book series look in a way that looked much more organic than either the Ghost, or Journey to One styles managed.

They had proper facial expressions, visible mechanics (which lined up with set looks), and a really fused together design that, while yes making them look a bit… off, a bit too toy like, was still much less so than Ghosts, and the Netflix series was a bit too… mechanical looking for what was supposed to be a much more organic than mechanical mix that they had.

Now if you could somehow merge the Tinseltown, and Miramax styles I’d say you’d probably have the perfect look, Miramax really captured the organic essence, and had the best take on mask styles, but was a bit too… far off from the toys looks for me to really connect them together (I do of course know that Greg has stated both are canonically different, but still. I grew up with the toys, not the movie. So while I do enjoy seeing the more ‘alive’ take on it, I’ll always prefer one that’s similarities can easily be spotted when compared to their sets. Y’know, in a way that fits how I’d probably be imagining them to look when buggering about with 'em.), while Tinseltown managed to keep that toy look still merged in with the characters, but in a way that it wasn’t the main focus… though it did cut down on the more biological looking aspects they should’ve had, and did make for some awkwardly proportioned limbs, and odd armour looks (both in size, positioning, and placing) at times.

The Legend Reborn/Hero Factory style is probably my favorite. But the Ghost one isn’t far behind.

Ghost is cerinately the best. It’s accurate and with good quality. The legwnd reborn animation is grear as well.

I liked the netflix animation.

Somewhere in between Ghost, and JtO.

I would have to also go with Tinseltown as my favorite style. Ghost is good since it is directly the models of the sets. Miramax has always been a childhood favorite of mine, since I grew up with it. And lastly Journey to One was good, though I didn’t have much time to get attached to it.

JTO. It had that “right” feeling for a bionicle tv show. At least the animation…

But that feeling could be that my first real Bionicle experience was G2. I found out about G1 only after it was gone.

It’s a tie between Ghost and Miramax, as they’re both pretty good in the context of what they are.

Ghost animation is used for adverts, thus needing to be accurate to the toys, and it is great seeing the toys exactly as they are in real life animated so well.

Miramax takes the cake for me regarding film / TV though, because I actually like that they get creative with the designs, even adding bits of organic muscle here and there. Tinseltown completely misses this, instead looking practically identical to the toys with some metalic texturing, thus feeling more like a toy advert than a film that happens to be based on toys - same goes for JTO except that’s more stylized. Obviously, Miramax animation has aged a bit now, but I much prefer their more creative approach as opposed to that of JTO and Tinseltown.

I feel like a mix of JtO and Miramax designs would work best; I favor the characters looking more stylized rather than just being one-to-one recreations of the toys. However, each had their flaws; JtO had good mechanical detailing but not much of a sense of organic elements, while Miramax was very organic but sometimes overly so, particularly in cases like Tahu’s weirdly fleshy mask.

However, as far as actual style goes, I like Ghost’s CGI best, feeling clean and crisp, with fairly detailed backgrounds, whereas JtO felt just like, very lifeless and flat somehow, and Miramax and Tinseltown had kind of this blurry and generally kinda cheap-feeling element to the rendering and backgrounds. So Ghost’s style of animation and environments but utilizing more stylized and plausible-feeling designs would be great to see.

I have to say Ghost, it’s the most faithful, then Tinseltown and Netflix.

I see your choices, and I raise you Bionicle: The Game. 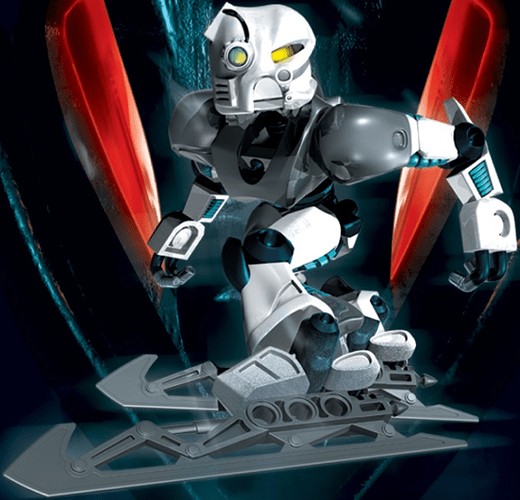 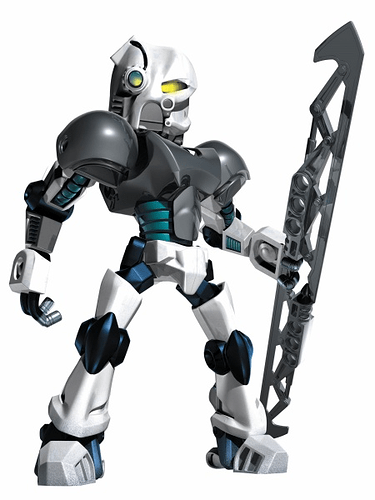 ← Back to BIONICLE: The Game

I mean, seriously, this is a very underappreciated style.

I don’t really get this comparison, Bionicle the game looks less toy accurate than Miramax 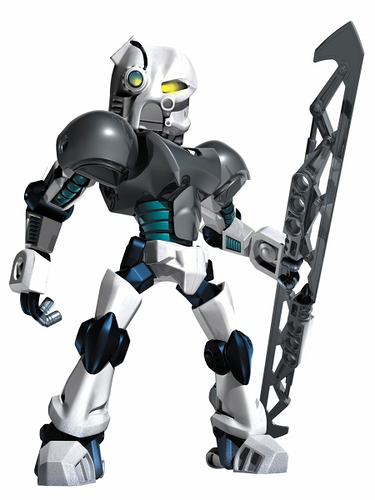 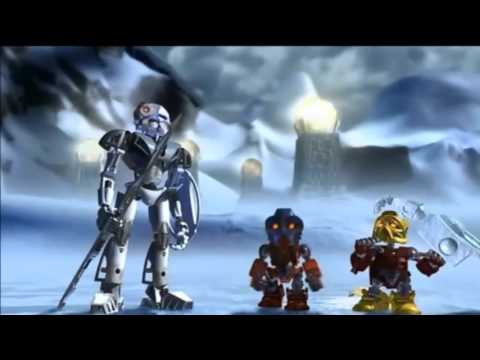 My favourite is Tinseltown, they look set accurate and still like real machines/biomechanical beeings, with the scratches, moving parts…
They are also able to show more emotion compared to Ghost’s style, although I also really like Ghost

I don’t really get this comparison, Bionicle the game looks less toy accurate than Miramax

I believe our fellow here is referring to it as being uniquely stylized, much like the Miramax models. It does share a couple similarities and design choices, such as the knees. But overall, very easily recognizable as the toy while also not looking quite so fleshy.

Personally speaking, I really enjoy it as it blends the design between the Mata and Nuva designs pretty well. Especially the hands, love the hands.

Though the Toa are the most stylized part of the game. The rest of the characters tend to be more set accurate. See Biosector01 gallery I linked earlier for examples.