Hello, everyone! So where to begin? So these are my Federation Military Drones or F.M.Ds.These guys started when I saw a post on Instagram of an updated Mr. Freeze Mech from The Lego Batman Movie. I attempted to make a mech similar but it’s proportions became way off. So I split the mech suit into two different drones.

The first of these two drones I created was the Federation Stealth Drone. This thing didn’t start as a drone, rather I wanted to build a highly articulate robot using parts of the original mecha (sorry no pictures). I decieded to make this robot into a drone was once I added the red mono-eye. 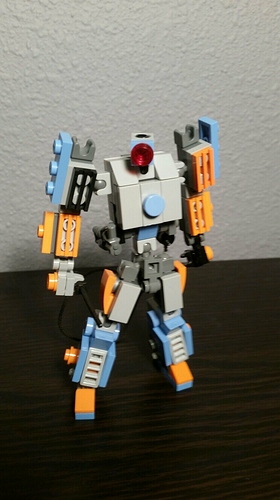 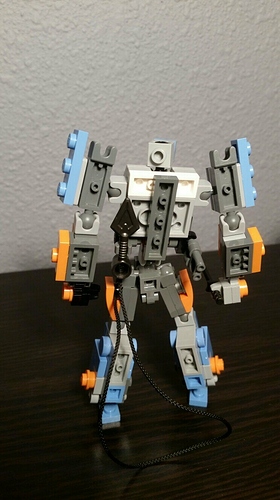 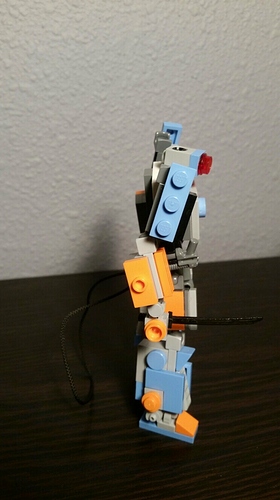 OK. Now that the boring history of the moc is out of the way, here is the moc itself.

The F.S.D (Federation Stealth Drone) is used mainly for assassinations and recon missions. Its weapons include a small pistol, sword, and dagger attached to a thin cable that can be used as a flail or grappling hook. 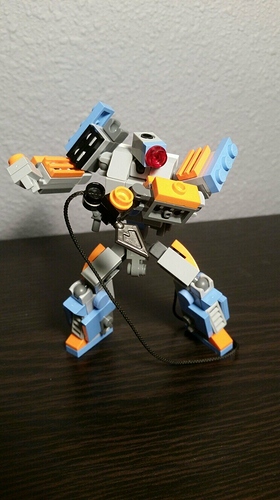 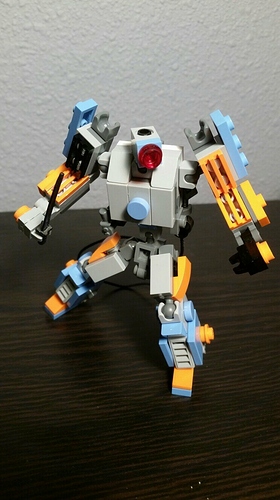 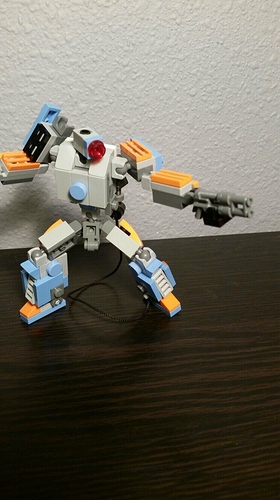 After that is the Federation Tank Drone or the F.T.D. This drone came about when I decided that there should be different types of drones. So I built a big, bulky, robot. My favorite part about this guy is that his torso is built around the Nexo Knights small mech cockpit. 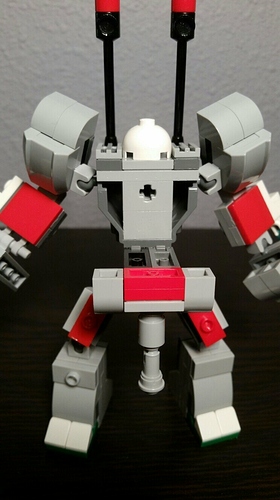 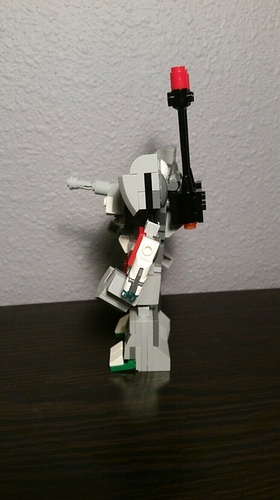 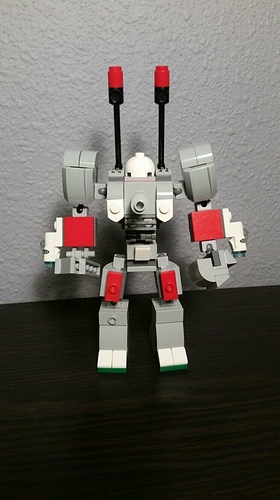 This drone is used for a majority of the Federations ground combat. The F.T.D is equipped with 5 different weapons. Duel anti-aircraft cannons mounted on it’s back, a central chest cannon, wrist mounted stud shooters and two melee weapons. A hammer/pick type weapon, and a large fist. 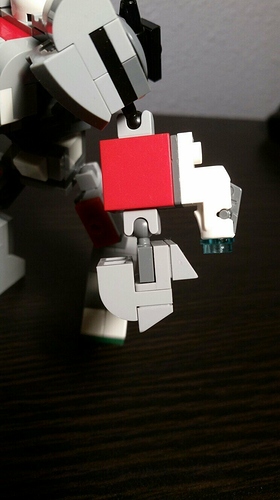 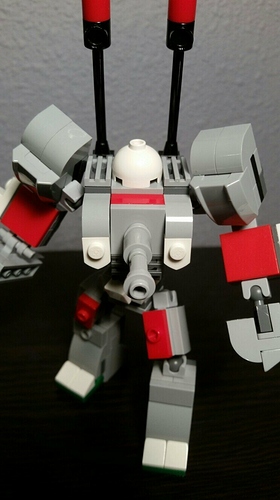 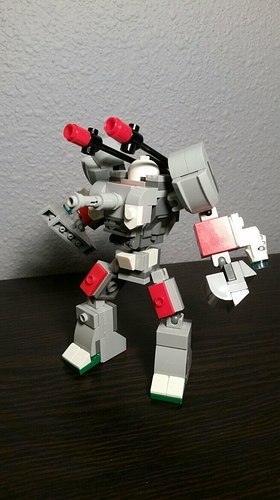 That’s all for my Federation drones! Hoped you guys liked them! Any ideas on how to improve these two would be greatly appreciated. I am currently working on a flight type drone to go with these guys and will post that soon as it’s done! One last note, the Stealth Drone’s lower legs are NOT MY DESIGN. They were designed by someone on Instagram who I can’t find the name of. Anyway, hope you all enjoyed! 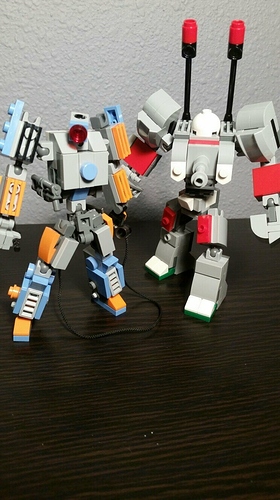 Wow Vex, I didn’t know you mocced.
This looks fantastic. The combination of orange, sand blue and the greys looks stunning and is not often used.
Great job overall.

Cool. I like the decision you made when choosing the first ones color scheme; all three tie together quite nicely.

The stealth drone is cool, colors are especially nice
second one is alright but nothing amazing IMO