So, I decided to test how versatile my Self Moc’s internal skeleton is, and what better way than to take all of G2’s characters and turn them into armor skins!!! 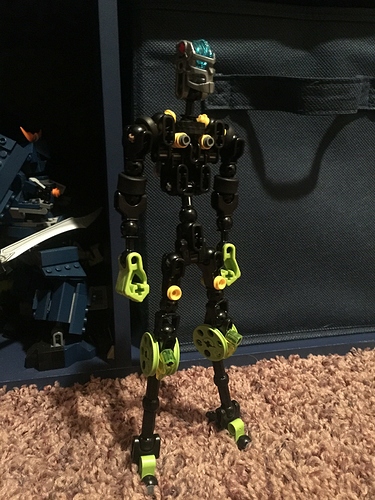 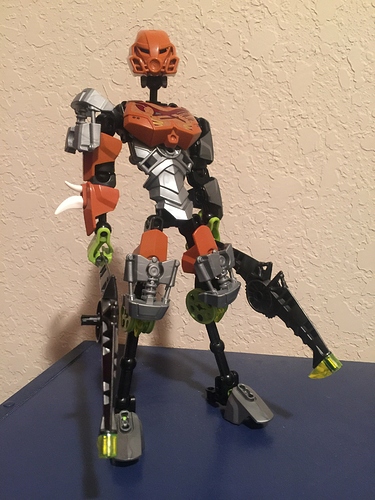 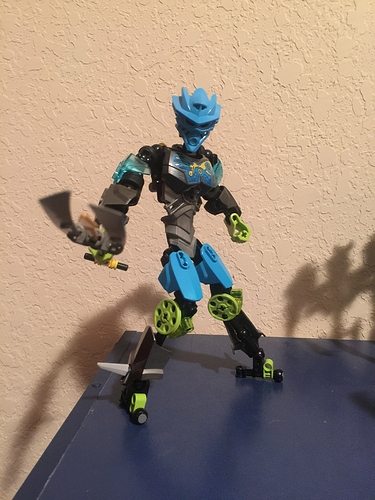 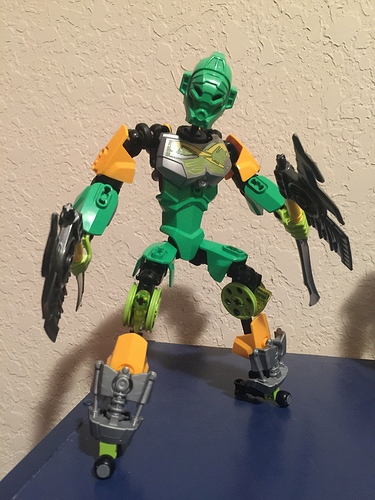 2015 Kopaka: This is where I added 4 pieces to the back; 2 Glatorain necks and 2 red pins. This was for shoulder armor 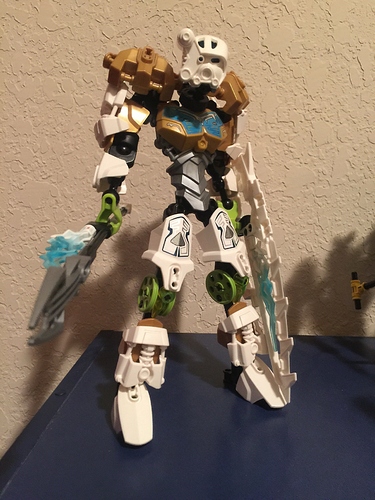 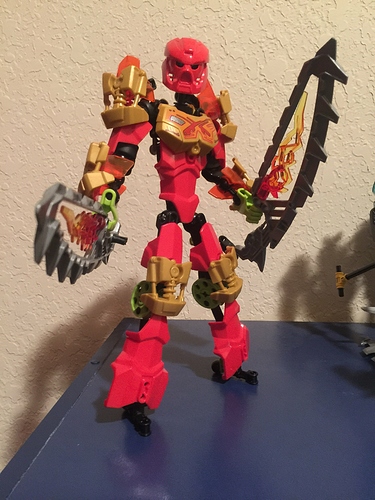 Now note I didn’t do Onua, as his chest armor piece would’ve been too large. He is the only set I didn’t do by choice. 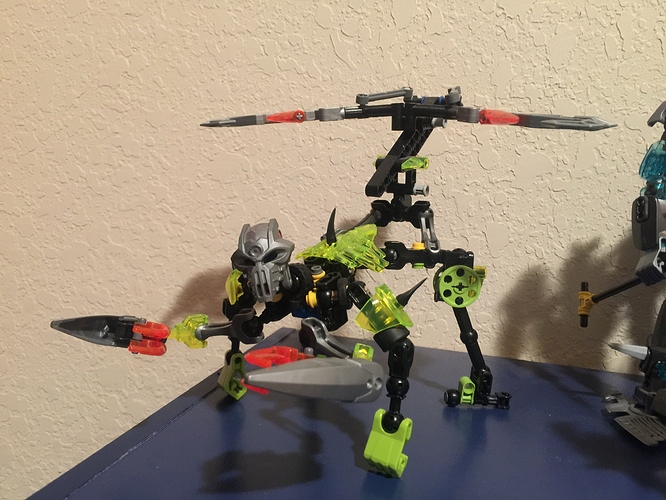 Skull Basher: really liked how this one turned out imo 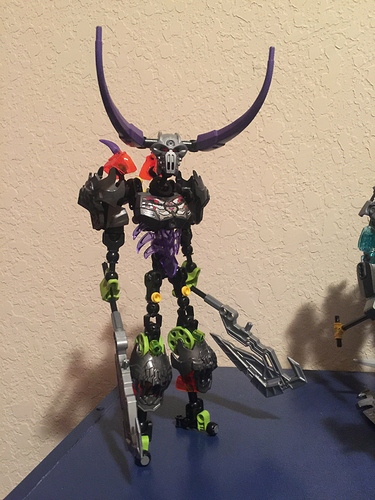 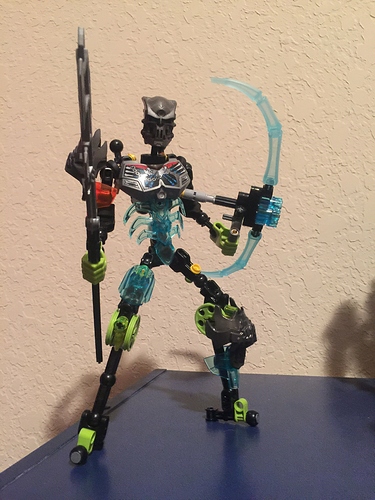 Skull Slicer: I just now realized how little armor he has 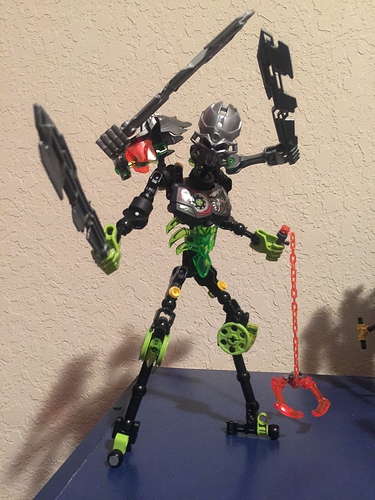 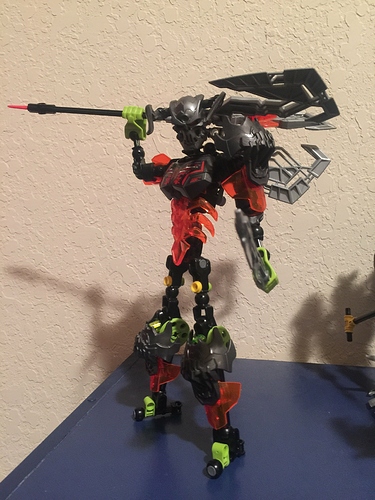 Ekimu: Should I have done this?.. 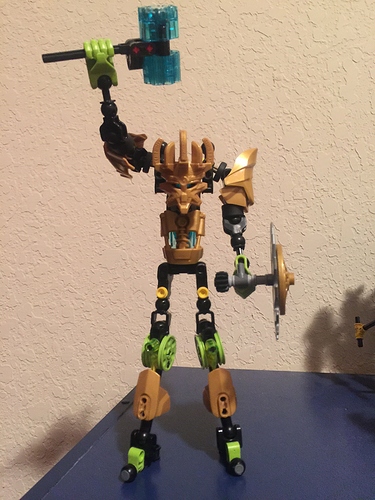 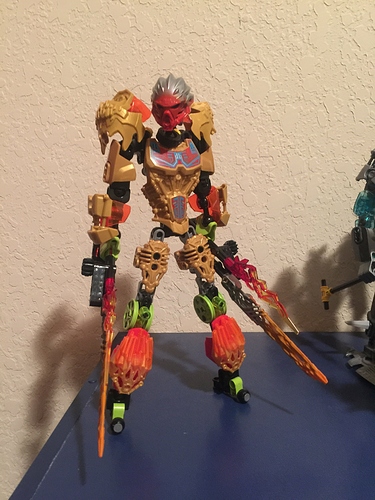 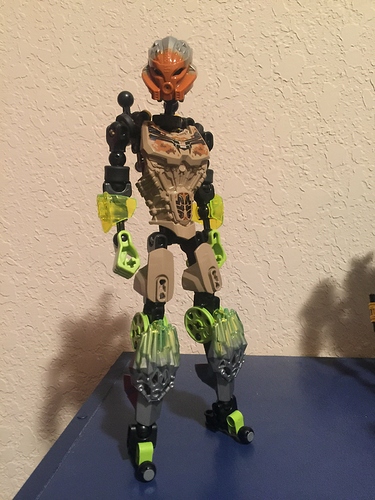 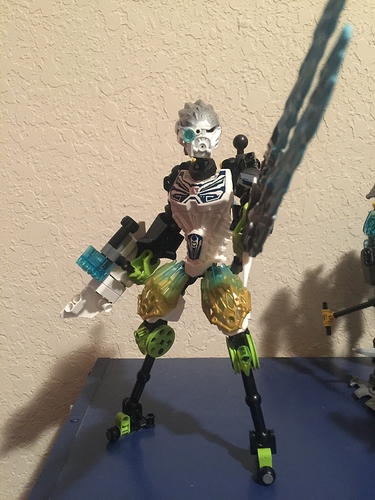 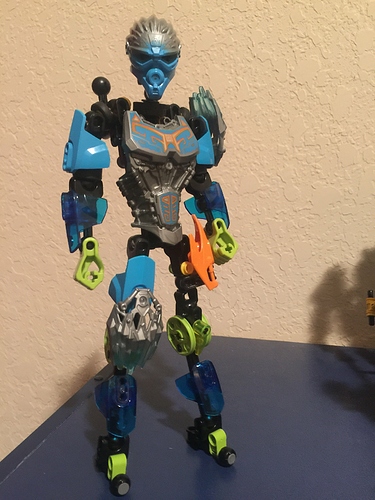 Onua: turned out well too imo 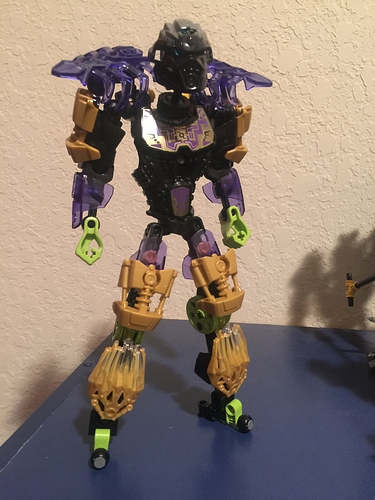 Umarak: I added two Mata hands to the shoulder Glatorain necks to attach the Shadow traps to. The mata hands also show up on some of the beasts. 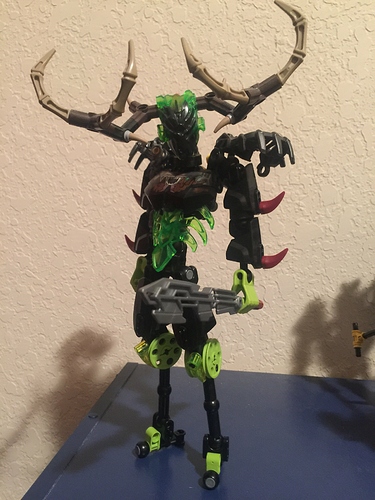 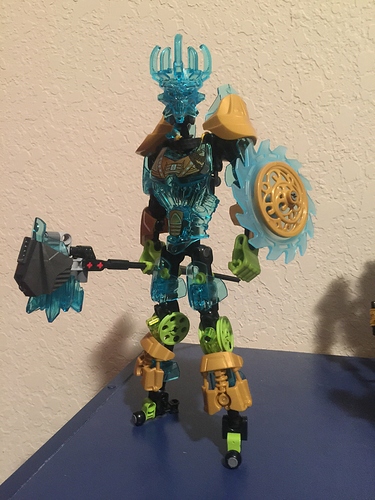 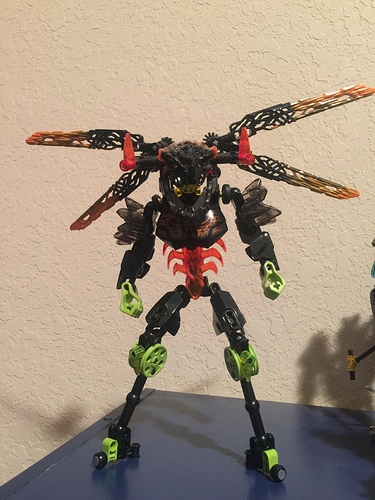 Umarak the Destroyer: no elbow articulation. 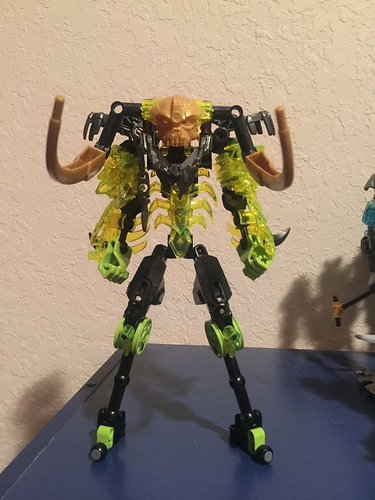 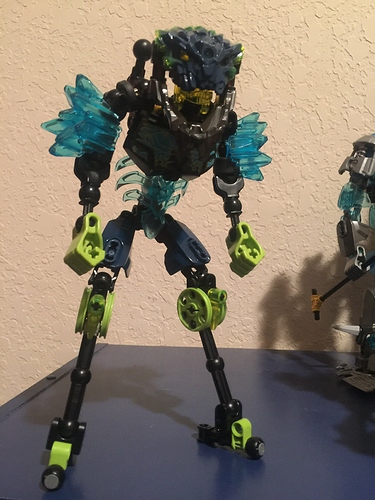 But I actually sorta like how it came out. 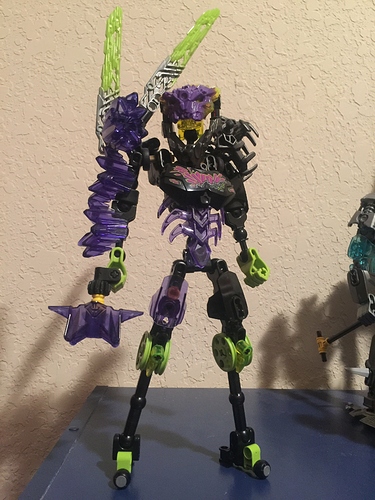 I found my other Skeleton with the same purpose of having armor added to it. 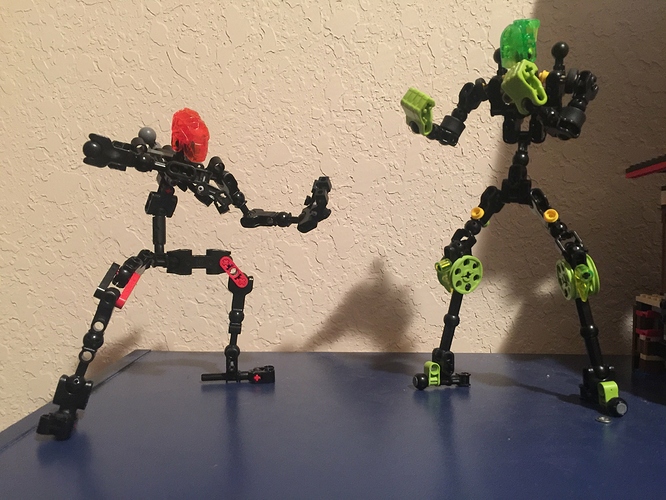 I wonder how people will react… 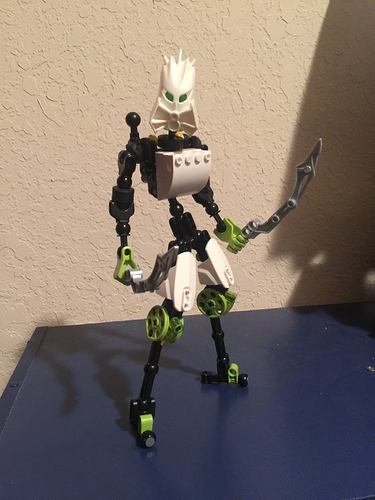 Now, I will admit, some of these were just me playing around, (looking at you, solek reskin) but for the most part I was testing the versatility of the frame I had built. I can confidently say it is 500% better than my previous attempt, Juke Box Hero (the other moc in the 2nd to last pic)

Thoughts, objections, or critiques? Love to hear them!

The only ones that are actually good are Skull Scorpio and UTD since they have trans-lime green.

These look really strange.
But I actually quite like some of them.

These look really strange.But I actually quite like some of them

A lot of these don’t work imo, but it was still interesting to see them all like this

The only ones that are actually good are Skull Scorpio and UTD since they have trans-lime green.

Are you being serious, or joking?..

These look really strange.
But I actually quite like some of them.

A lot of these don’t work imo, but it was still interesting to see them all like this

I kinda like some of them, tbh. It’s a good frame you got there.

Creepy but weirdly awesome as well.

Skeleton does a cosplay.

Ekimu you really let yourself go…

Why are they so lanky?

Why are they so lanky?

Not sure why, but the frame looks like it’s for Eva or something.

(my favorite is Ekimu 2015 because of how hilarious it is)

Ekimu: Should I have done this?..

yes. I needed this, and now my life is complete.

Some of these are terrfiying because of the proportions - its not really a flaw of the basic skeleton - but how the pieces look when added to it - mostly because of the head, neck and feet/legs.

It works for some of them but others look awkward, with the legs or torso looking too long.

If they all had consistent colour schemes they wouldn’t be half bad, and really interesting

Not liking the slenderman look it gives the sets but as a frame it’s pretty nice looking.

Over all good,But the neck,It’s really strange.

Oh my.
I think it works best on Skull Slicer.
PS. Tutorial on skeleton?