So since @Kardax has recently shared his G3 Civil War concept sets I figured I would start showing some of mine. This is one that I have been working on for a while, originally was a tiny little set that I made out of my bricks but I didn’t like the way that it came out so I decided to get to work on Stud.io. So this is my first set concept I’ve made on a digital designer so hopefully it turned out well. 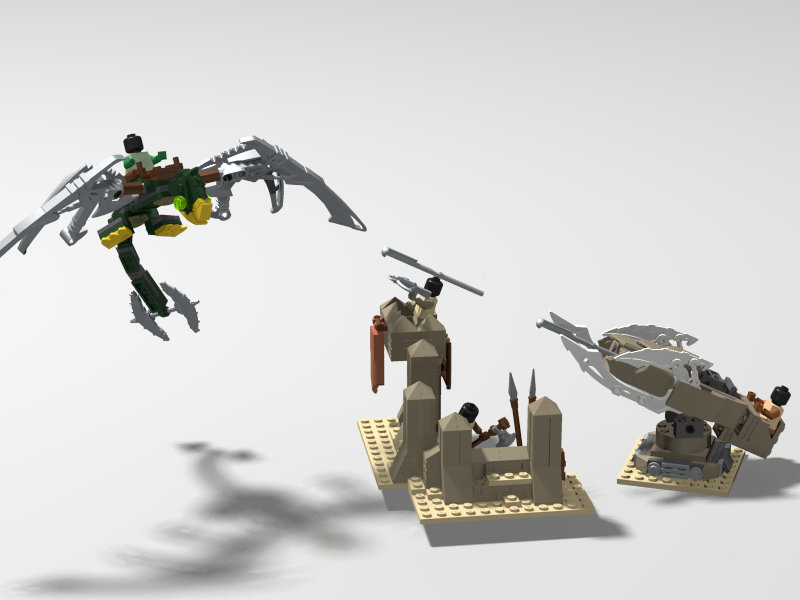 Motara_Outpost_Full.jpg800×600 44.7 KB
The set has 322 pieces but I would value this at around $25-$28 at most I don’t really think this is quite big enough to be $30 set. It has four minifigs, one from kana and three from Motara. I could’ve probably out more in but I thought four was enough. The idea behind it is that the only way to get to the main city in Motara was through the top of the eye of the storm, hence the why Kanae would use gukkos and other birds for trade with them. So the only way to attack Motara would be the same way, hence the bird rahi I made here. But because of this Motara had also made anti-air emplacements. 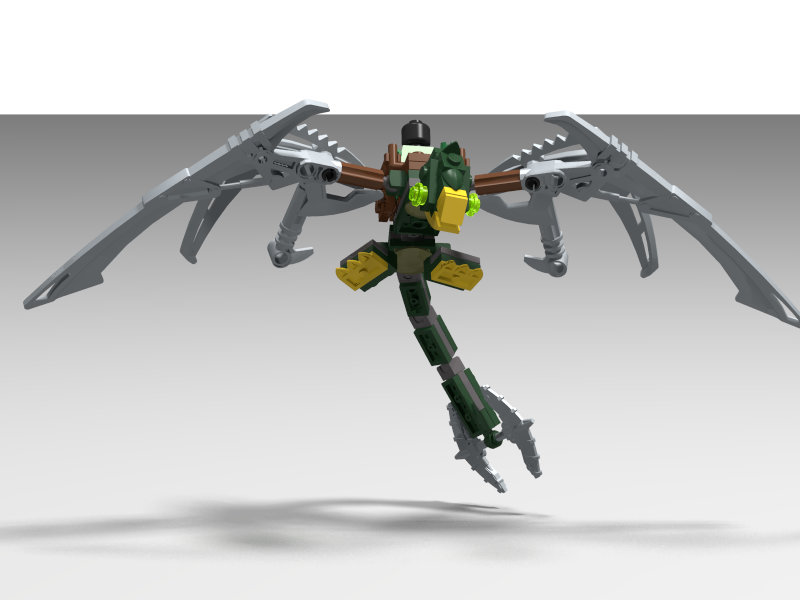 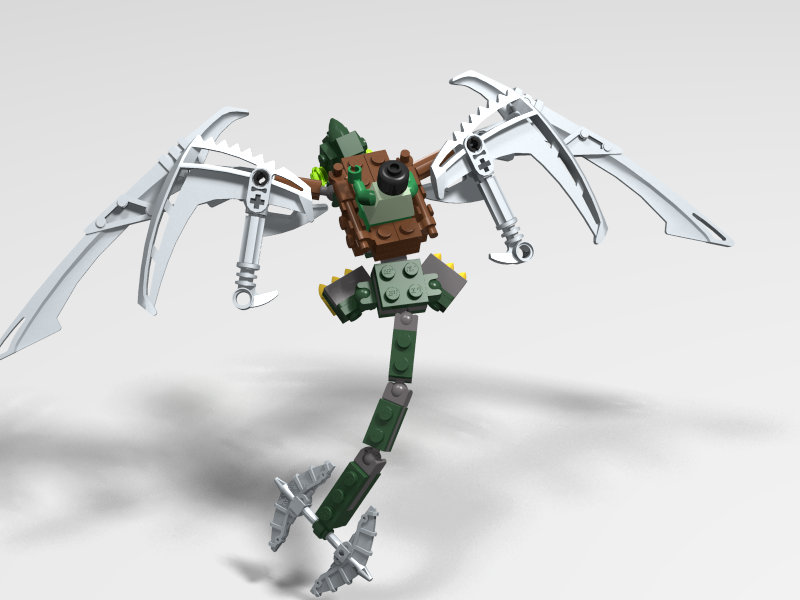 Untitled #7.jpg800×600 46.7 KB
So here is the bird rahi I made, @Sanokal gave me the idea to use the name Lohrak for it as it kind of resembles the G1 Lohrak, which i think works pretty well . I thought it turned out relatively well, I wanted to make another flying rah besides a gukko because, while I do think gukkos should be the main flying rahi, it would be cool to see a few. I built it to fit a minifig in the saddle, and it also has articulated wings (only at the shoulder), tail, feet and, head. 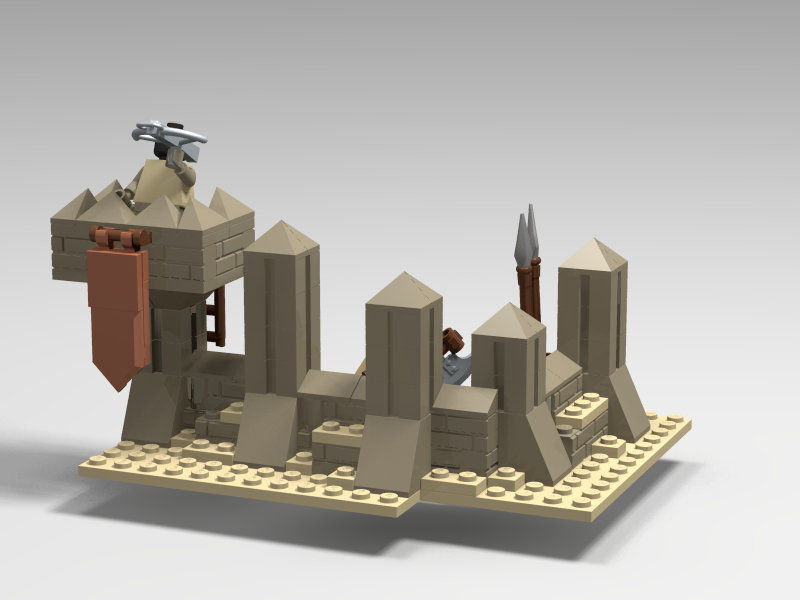 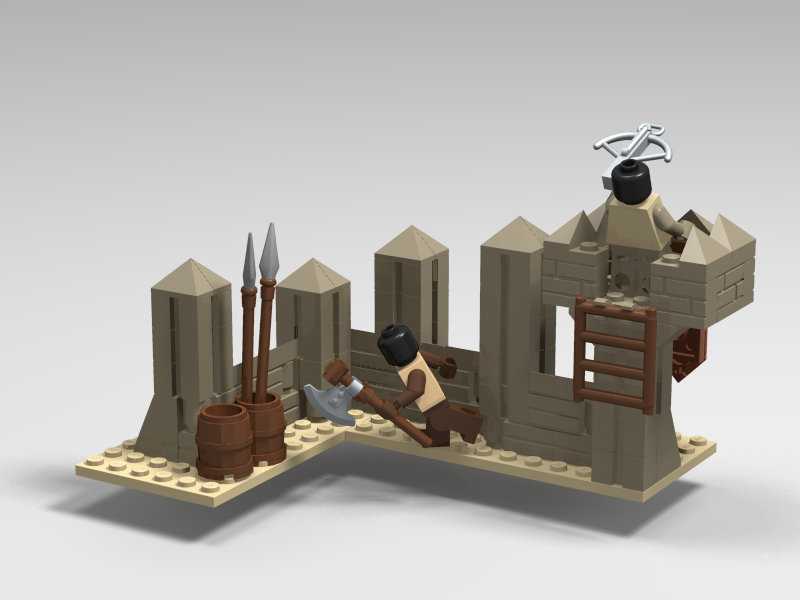 motara_outpost #3.jpg800×600 46.5 KB
So this is the Motaran side, it’s a wall with a tower on one side. I didn’t really know for certain what Motaran architecture at this smaller scale would look like so I just kinda threw something out there. I don’t really know what happened with the shadow on the rendering, the model was all the way to the base, so idk. 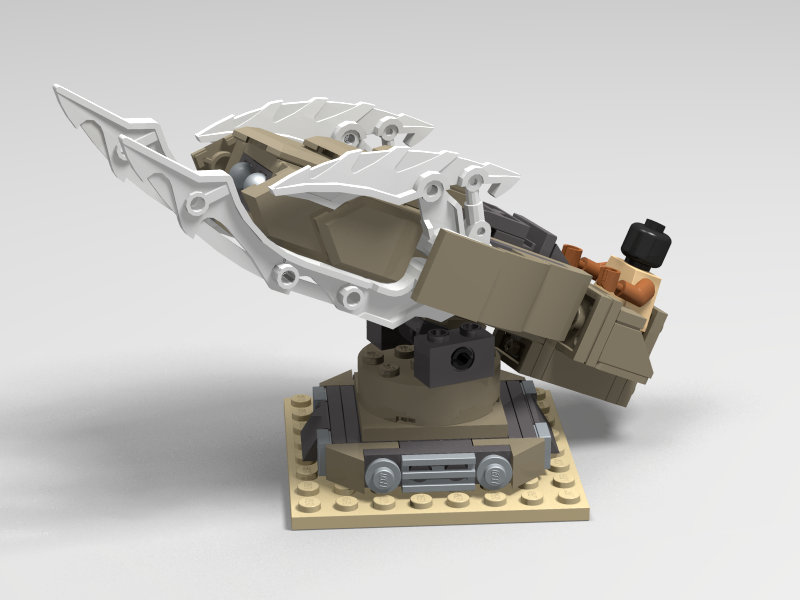 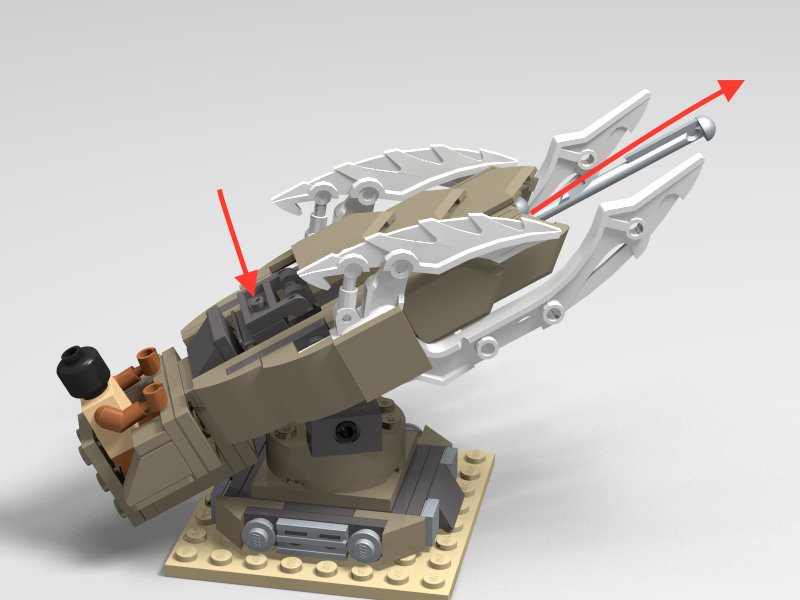 Motara_Gun #2.jpg800×600 54.8 KB
Then here is the anti-air emplacement. It has a seat for a minifig, and shoots two bolts when you press down on the grey hinge area. The blades on it are supposed to represent bones of some large rahi. I thought this would be cool to add on as it is a desert and probably has a lot of bones lying around. 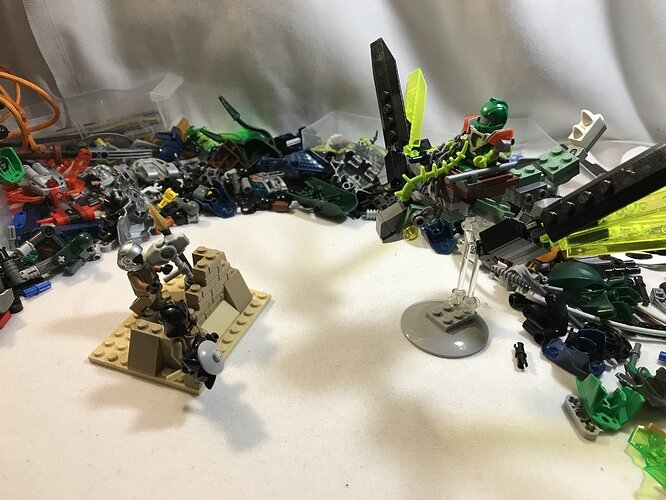 This is pretty darn cool. The old BIONICLE pieces are all used extremely well, and the Rahi is a unique little creature. I certainly like the turret design. The architecture is very simple, but thus far unique in comparison to the other stuff that’s been submitted so far.

This could probably be a Lohrak; the wings remind me of it quite a lot. They were more like winged serpents in G1, but that’s not necessarily a reason not to dub it that.

Thanks! And I forgot about Lohraks, that’s a pretty cool name and it works with it like you said.

The only negative I see is that the turret is quite large and could potentially be the source of large piece counts. Aside from that:

The Rahi is fantastic,
The stone walls have fantastic detail,
Keep it up.

Thanks!
@Kardax I made the turret larger on purpose (probably shouldnt have cause yeah it does take up a lot of parts😅) I kinda wanted to be a little more important. And thanks!

The Rahi has an imposing silhouette and a balance in color distribution, nicely done.

I love the architectural aesthetic you came up with for the Motaran wall and tower. The turret also looks amazing with the mechanical base, carried pointed aesthetic, and topping it off with some Bionicle claws to finish the affect. I really like that it looks like it could be mechanical rather than having to draw on an energy source.
Though I really like both of these, I feel LEGO would add another color to break up dark tan (just a suggestion).

All these pieces come together to create a great and very Bionicle feeling set, consider me impressed.

I really, really like this set. Specifically the wings on the rahi look really fantastic; the structure also seems Lego-like and not overdone.

This is really cool, the little structure reminds me a lot of some stuff in the g2 artbook

Thanks! And yeah I feel like it needs a bit more color too
@ReeseEH thanks!
@Sokoda thanks! I looked at the art book a lot so probably got some subconscious inspiration

the structure also seems Lego-like and not overdone. 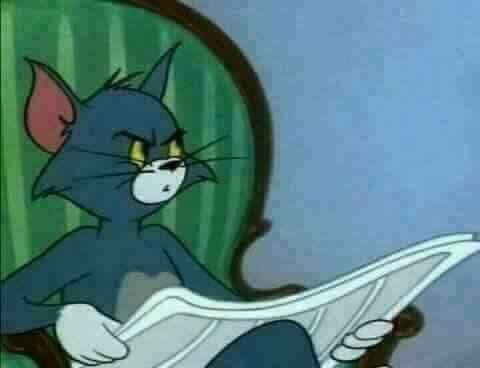 Ya got something against overdone?

Seriously tho, this is excellent Motaran architecture design here.

That turret actually really reminds me of the air launchers in City of the Lost for some reason. I just always imagined them being that size, and emplaced in that manner.