Disclaimer: This set has been modified from it’s initial form in the Civil War Set Concepts post, that post will be updated with the new design and piece count, the picture of all 6 concepts will remain unchanged due to the size of the render. 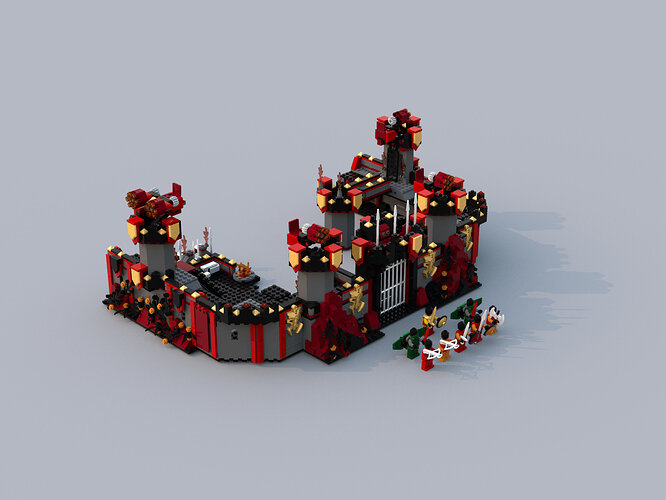 Please ignore the red swords, I forgot to change the colour and didn’t see until the renders were done.

This set has 1642 pieces, 8 minifigures and 4 turret positions, one of which is a dual turret. This is meant to be a large and typical castle playset inspired heavily by Lego Knights King’s Castle Siege, even copying (because that’s basically what I did for this section) the breakable wall component on the side. This set does have another feature from the Knight’s set, that it is modular, the corners, side walls, bridge tower and smith are all interchangable. Well to a degree, this allows for a wider combination etc. 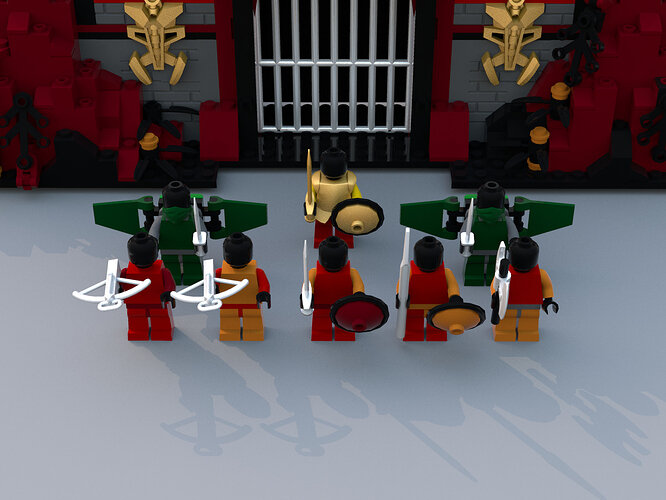 Here we see the 8 minifigures, 1 Captain of the guard, 5 guards men and 2 Knight Zephyrs, look guys! Conflict! I did it! The captain wears gilded armor with a gilded sword as strong as the steel of his brother-guard, who have 2 silver armour pieces, to be spread amongst the minis as you see fit. We have 2 bowmen, 1 swordsman with shield, one spearman with shield and one axeman although this set comes with 6 extra spears and 2 extra swords. We also have 2 Knight Zephyrs, armed with 2 small swords and gliders (now with masks for only $999.99), they can be used to break through the wall and raid the stronghold, if you also have a larger battle pack you can supplement the attackers.

Here you can see the smith with the extra weapons and armour, the captain at his war table (that rotates), some of the bare bones interior as well as some of the outer foliage. It has typical Mangaian architecture and details, you can also see the smith fire, anvil and his hammer. The turrets are also on display along with some more of the details at the front, the turrets have almost the full range of movement and sits one warrior.

The rocks and stones around the castle are reddish as they are igneous rock, most Mangaian strongholds are build in areas that were once lava although they are now dormant sections or lava has diverted flow.

I wanna talk about the flora as well a little bit as I think it’s a nice piece of world building, whilst Mangai does have foliage and greenery, some plants are shades of orange, red and black. They are this colour due to the ashes, dust or because some of these plants do not use photosynthesis, rather their roots act as a geothermal power station and they absorb heat from the rocks below, outcrops of these flame vines and heat shrubs usually mean that the surface temperature of the rock is lower than that of areas with less or none of these plants, this is why the Mangai keep them around the fortress, the main fortress however is built on an area that is cooler and dormant. 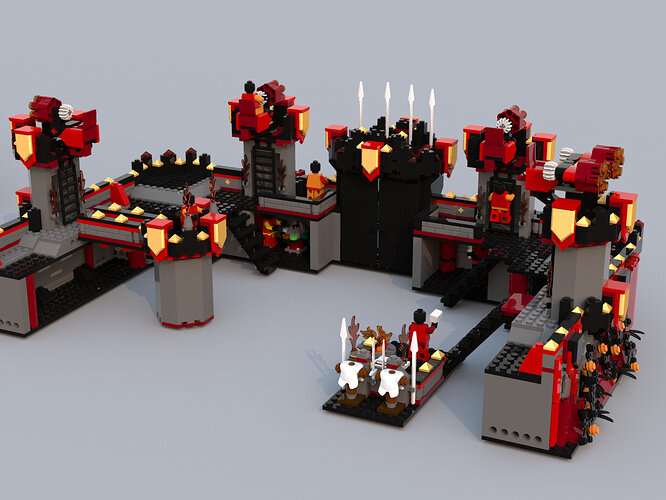 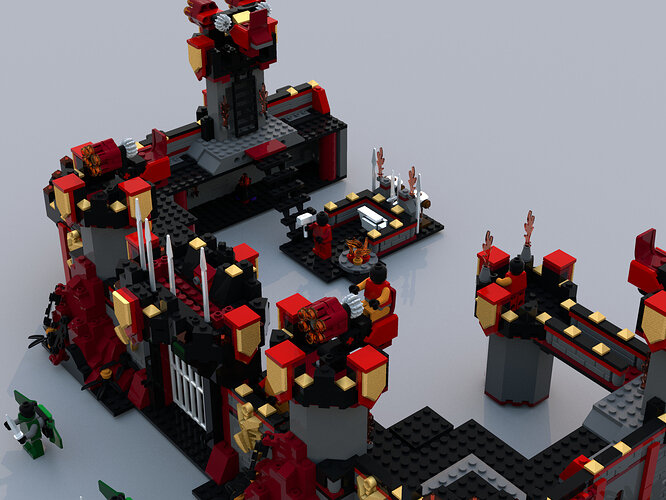 Here we can see more of the smith as well as a little shrine in the corner, placed by Norik at some stage, I wonder why? 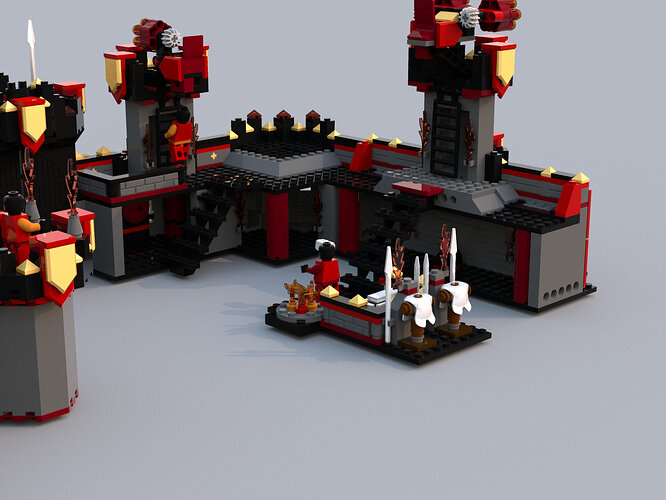 And here we see that the Zephyrs have found a weakness under one of the guard towers and broken through the crumbled stone, ready to raid the smith and gather resources until the rest of the army joins them. I think this is a fitting story as a raid allows for this set to have a conflict whilst also feeding into my idea of solo army conflicts, I couldn’t put in a massive attack vehicle as the price is already quite high. 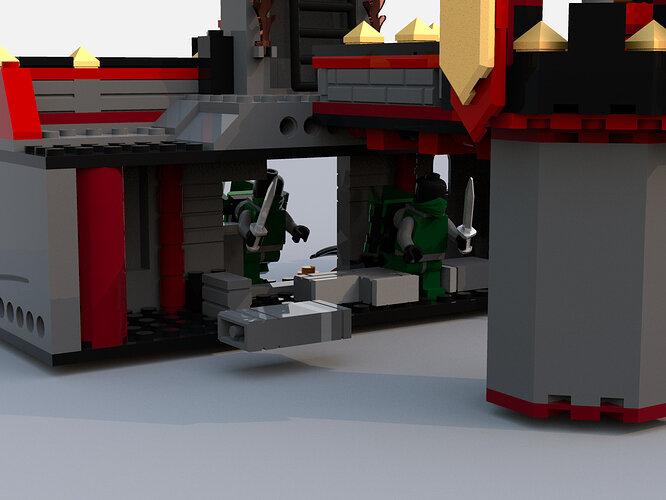 So the Naho bridge will be postponed, I’ve been talking with a few of you and got some new ideas, I wasn’t very happy with the design so I’m gonna edit and modify it to some degree, it will still be a Naho bridge however. I still want to do battle packs so as always, if you have some feedback you can also request a region to get a pack, however I may not be able to do all requests due to time, at least 2 or 3 more.

As always, comments and criticisms are always appreciated

It definitely works the best in terms of aesthetics, I reckon. I certainly like the play features.

Yay! There is a conflict! I like the boldness of the black, and all the cannon would make for some crazy fighting against those flying Kanaeans.

I’ve been working on my features mostly as I’ve got the looks down, hopefully this’ll hold true for the Naho Bridge.

@ToaNoah_Wafflemeister indeed, let’s hope the Mangaians can spot them in the dark nights, or to quote a famous game: “It must have been the wind.”

Looks really good. Carries the same asthetic as yours and sakodas other mangaian concepts