I sadly don’t have the decals as Studio-parts, because I made this with LDD back in the day, and idk if anyone ever modeled the mask pieces.
I doubt there will be a lot more work done on the story bible by the TTV members who used to work on the G3 project, but if you want to do anything in that universe, go for it and post it here! It’s always cool to see more creations for it!

Do you think that they would allow the project to be completed by newbies?

I don’t really know, but since it’s all fan work anyway, your fan work is as valuable as anyone else’s

It’d be interesting to try. Either way, I’m trying to get some practice on writing different kinds of things.

One of my personal projects is a short story involving Takanuva meeting one of the Great Beings with it being revealed that his artificial intelligence was directly adapted from one of the Great Beings’ minds. It would make sense given that it would be much easier using the mind of an extant intellect that programming an entire mind from scratch as a prototype.

Same, man. It’s only redeeming quality is structures, so maybe people could work on those instead of a radical shif t.

Pitches? I got pitches.
“In the time before time…”
Cut to several however-many years after the time before time, the 6 toa (Matoran this time around) get appointed in what I’m imagining to be a Ninjago-ish sort of way.
If this is the case, like many lego themes with stories, we are gonna need a fetch-quest.
For money reasons.
So, what better to start a fetch quest off with then the all familiar: Golden-items.
Bionicle G1 and G2 did it, and so did ninjago. And it seems like they’re going for all 3 right here.
But instead of golden weapons or golden masks, we’re gonna go for 1 golden mask. The mask of time. Or, the parts of the mask of time.
There are SIX pieces of the mask of time, erstwhile, epochal, fleeting, hastened, enduring and immanent fragments. Very good time puns right there.
If this is gon’ be a fetch quest like it’s previous predecessors, we should have one fragment in each part of the island they’ve made.
BUUUT, I do not see all the locations too clearly on the map, I know there are locations listed throughout the doc, but I don’t see any extra places.
Like, the epochal and enduring fragments look like they could both be from the same place, which, being a fetch quest, would be too convenient.
So, correct me if you wish, but I’ll assign a location (based on element- not story location) to each fragment:
Erstwhile- Stone.Why Stone? Well, seeing as Pohatu lives in a desert, not much but sand and time can really damage it, or maybe a really clumsy po-matoran. It looks bleached, which, being in a desert would do.

Epochal- Water. There are barnacles on it. Or, at least I’m guessing they’re barnacles. They look like barnacles.

Fleeting- Fire. It just looks like it’s been heated up SOOO much, it’s gone all smooth and silver, ya’ know? You know what I mean, right?

Enduring- Air. Seeing as Le-matoran in this world (and all other variations of this world) live in the jungle, and this fragment looks like it’s been in the jungle, I’m gonna take a flying leap (Air joke) and say this piece is in the Jungle.

Immanent- Ice. Look at the piece. It’s frozen in ice.
Like any other version of bionicle: Ya need some good ol’ baddies.
In this case, the original ones. Rahkshi.
Makuta, I’m guessing, influences the rahkshi (who, according to this version lore, where also matoran) to try and stop the Toa from completing their fetch-quest, for- whatever reason.
In G1 he wanted the mask of time to speed up the enslaving process for the matoran, which, I don’t know why he’d need to do that here.
So, maybe he’s trying to undo the effects that time had on him and his powers? By rewinding time?
But, according to the rules, that can’t happen.
Making him go forward in time to regain his powers?
I need a reason to work with.

Ultimate goal:
We need an ultimate goal for the heroes! Which, I don’t see from reading the story-bible.
No mata-nui to wake up, and the matoran seem to be doing fine without ekimu, so OTHER than defeating makuta and his cronies, what is the ultimate goal?
To work as a team?
Is there a reason to revive ekimu? Some other goal for getting the mask of times peices?
The toa in G1 and G2 had reasons to get their masks: To have power to wake up either mata-nui or ekimu, which, I don’t see these toa needing to do, maybe if a reason was provided perhaps?

I can’t get this thing on track alone. Unity. Duty. Destiny. 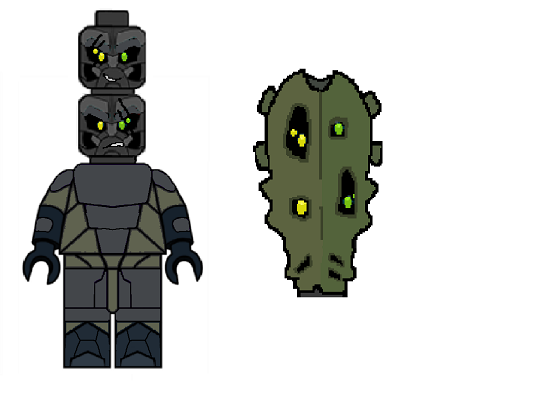 Nice to see some fresh ideas here, though I just figured I’d let you know before somebody comes and cracks down on it, “double posting”, having two or more posts from the same user in a row is against the rules around here… to prevent spam, or something, idk. Generally better to edit your old message and add the new content to the end.

This was always a concept that intrigued me, and I’ve considered potentially diving into it and trying to workshop something… though I’ve slacked enough on my own G3 project as is