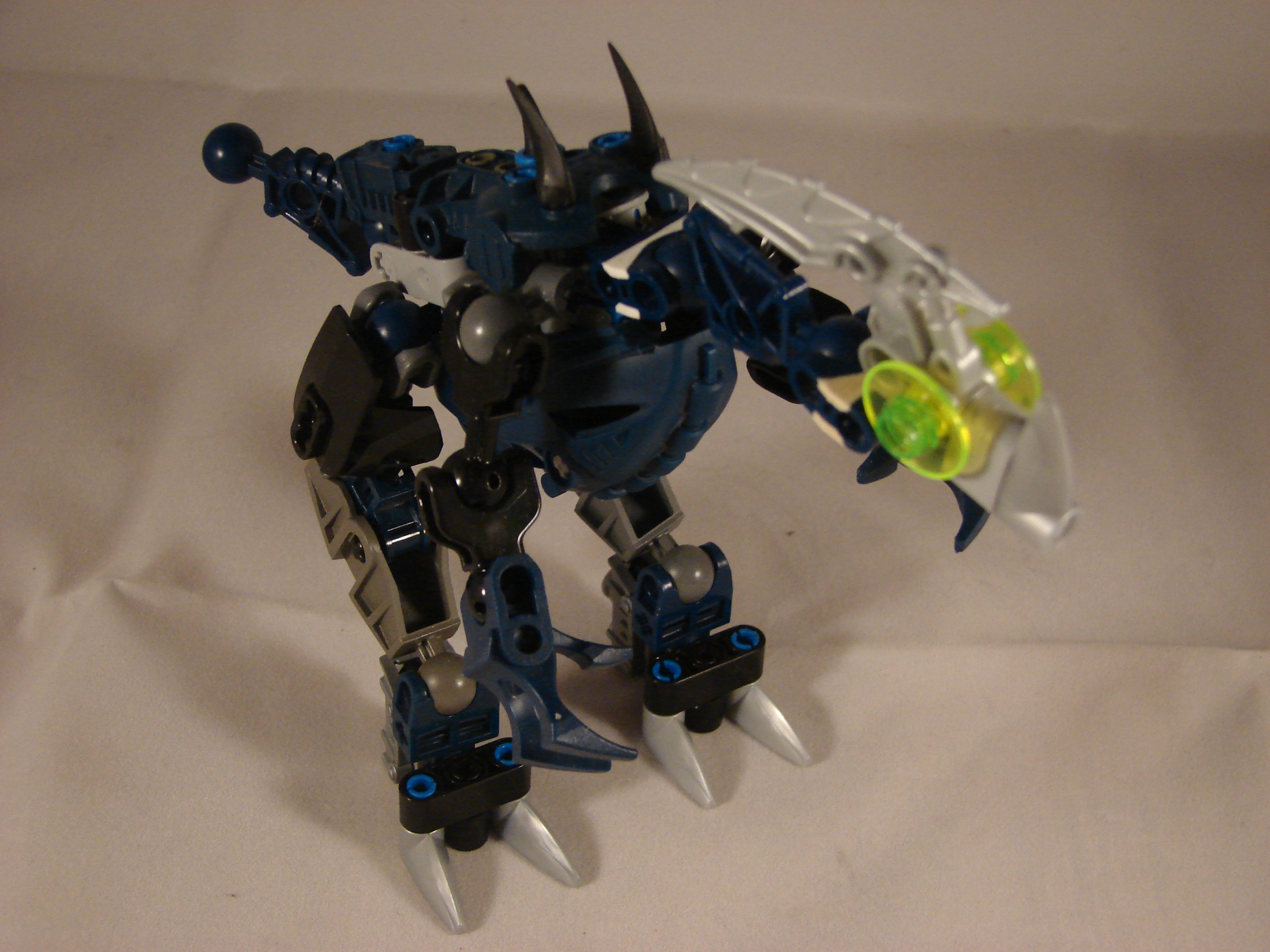 Garu Garus are docile and curious creature, which eventually led to their domestication by the Water Region villagers. Most of these reptilian/avian animals barely grow bigger than an average villager but sometimes bigger ones hatch from the nest and those become steeds for guards and annual games the villagers play. Though they look harmless now, Garu Garus weren’t always like this, before becoming a humble herbivore, this creature was a very loose relative of the Crimson Raptor species inheriting it’s sharp-teeth and carnivore nature, however after the Skull Spiders began to invade the island of Okoto, the Garu Garu were forced to become omnivore and soon herbivore to survive as the constant waves of spiders kept scaring off their prey.

Man I’m lazy x.x I had this little guy built for quite a while but I either didn’t feel like taking photos of it or didn’t have the time due to work/sleep after work. Never the less it’s a cute little fella =D 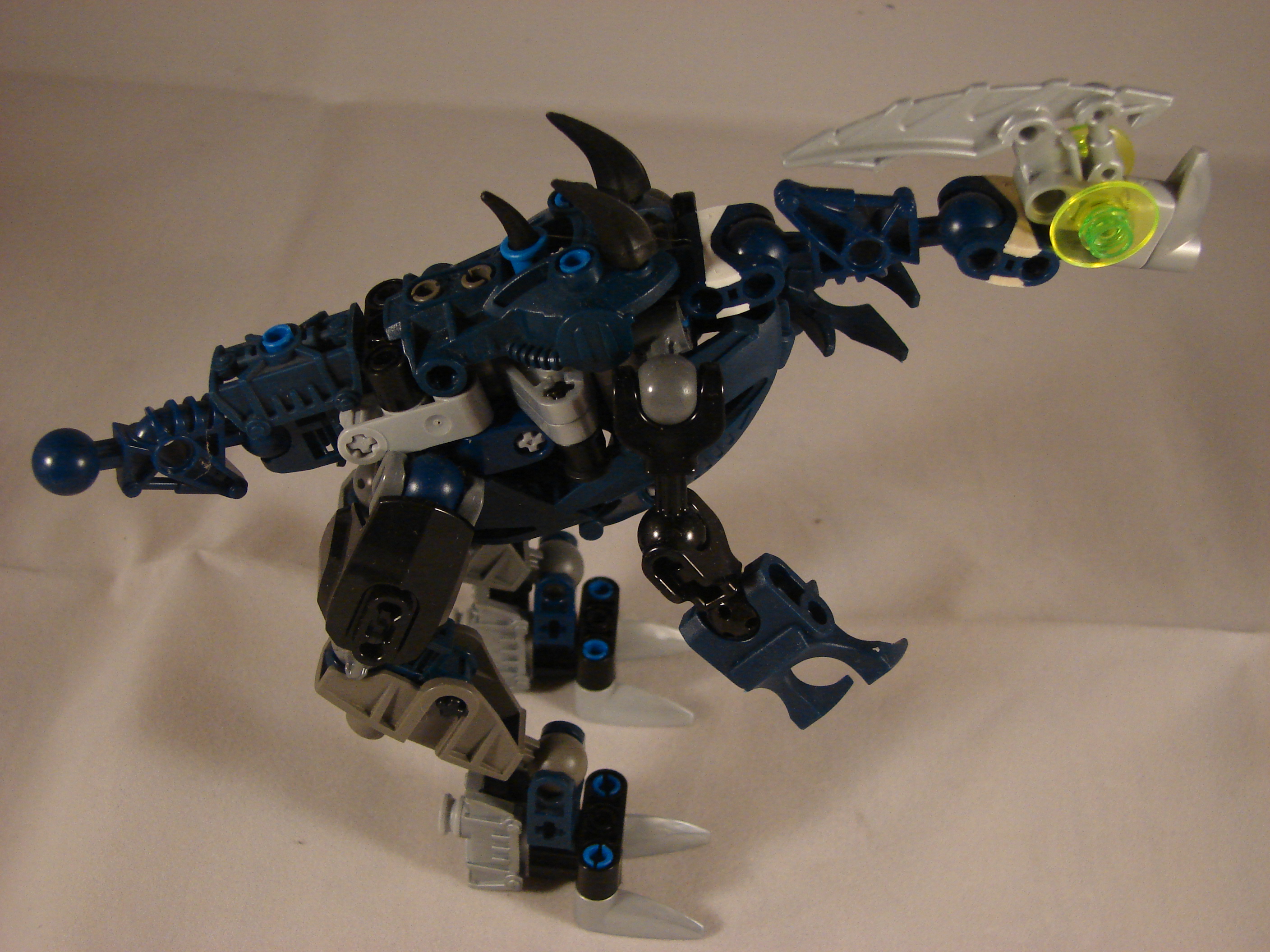 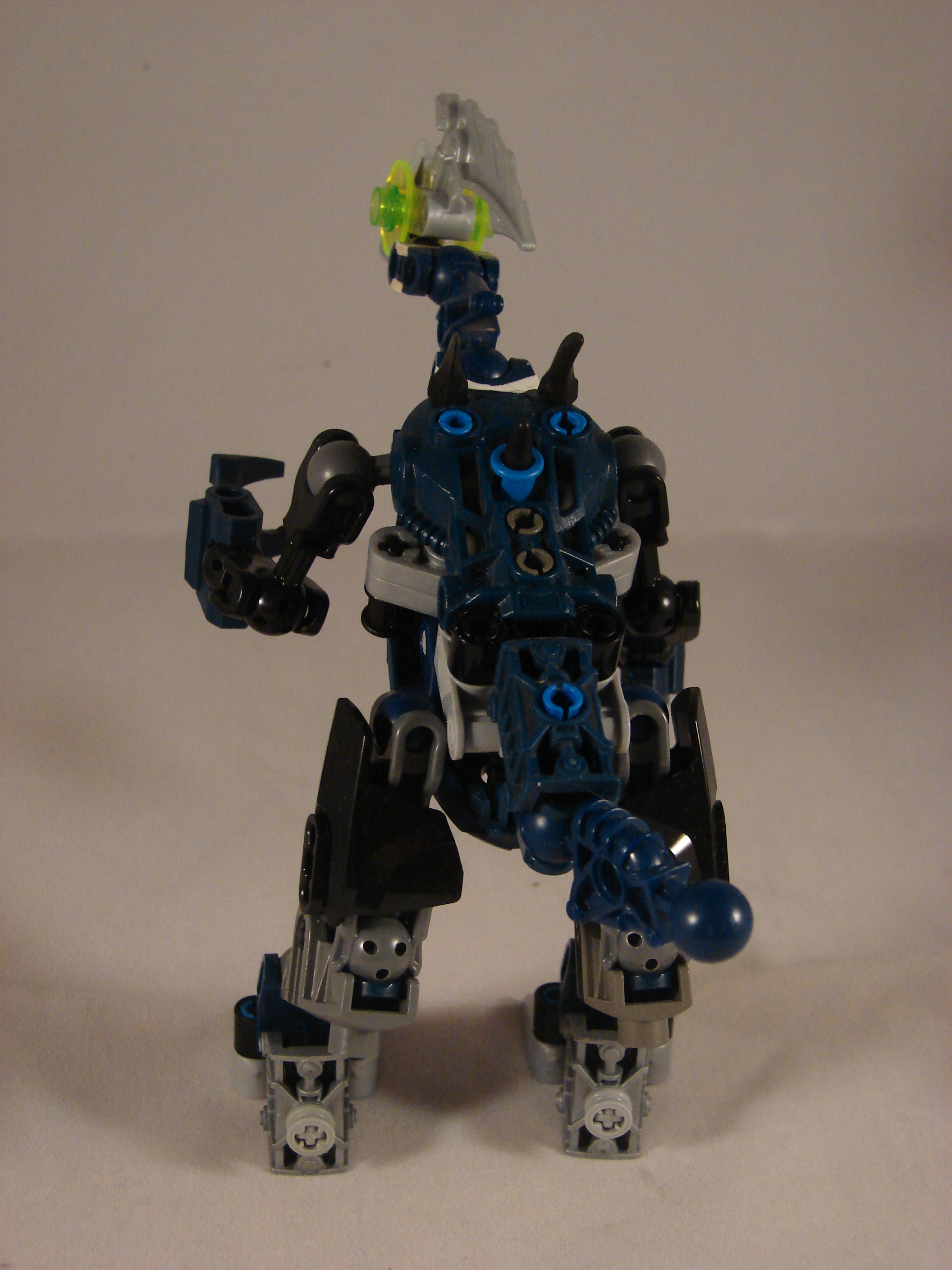 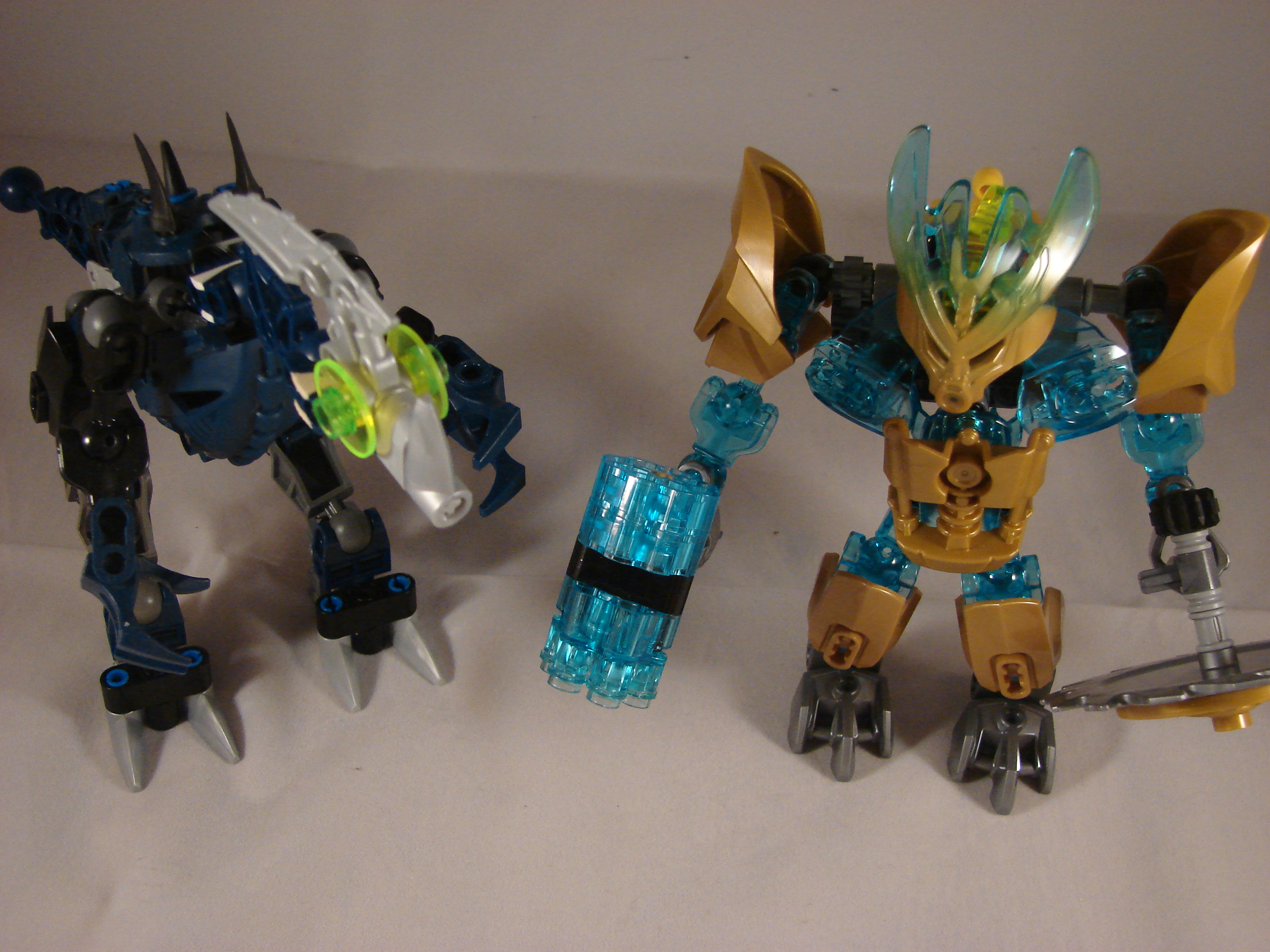 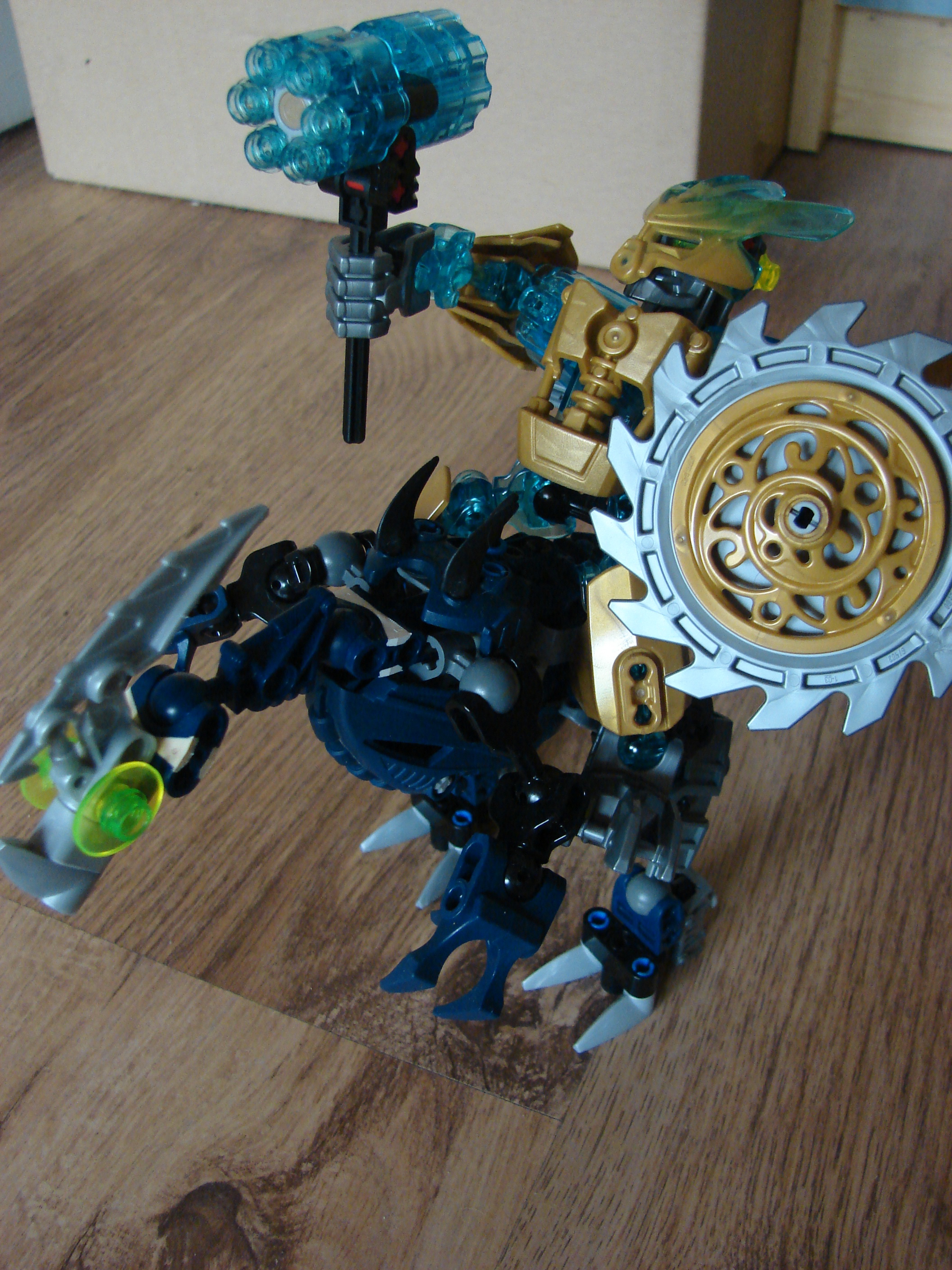 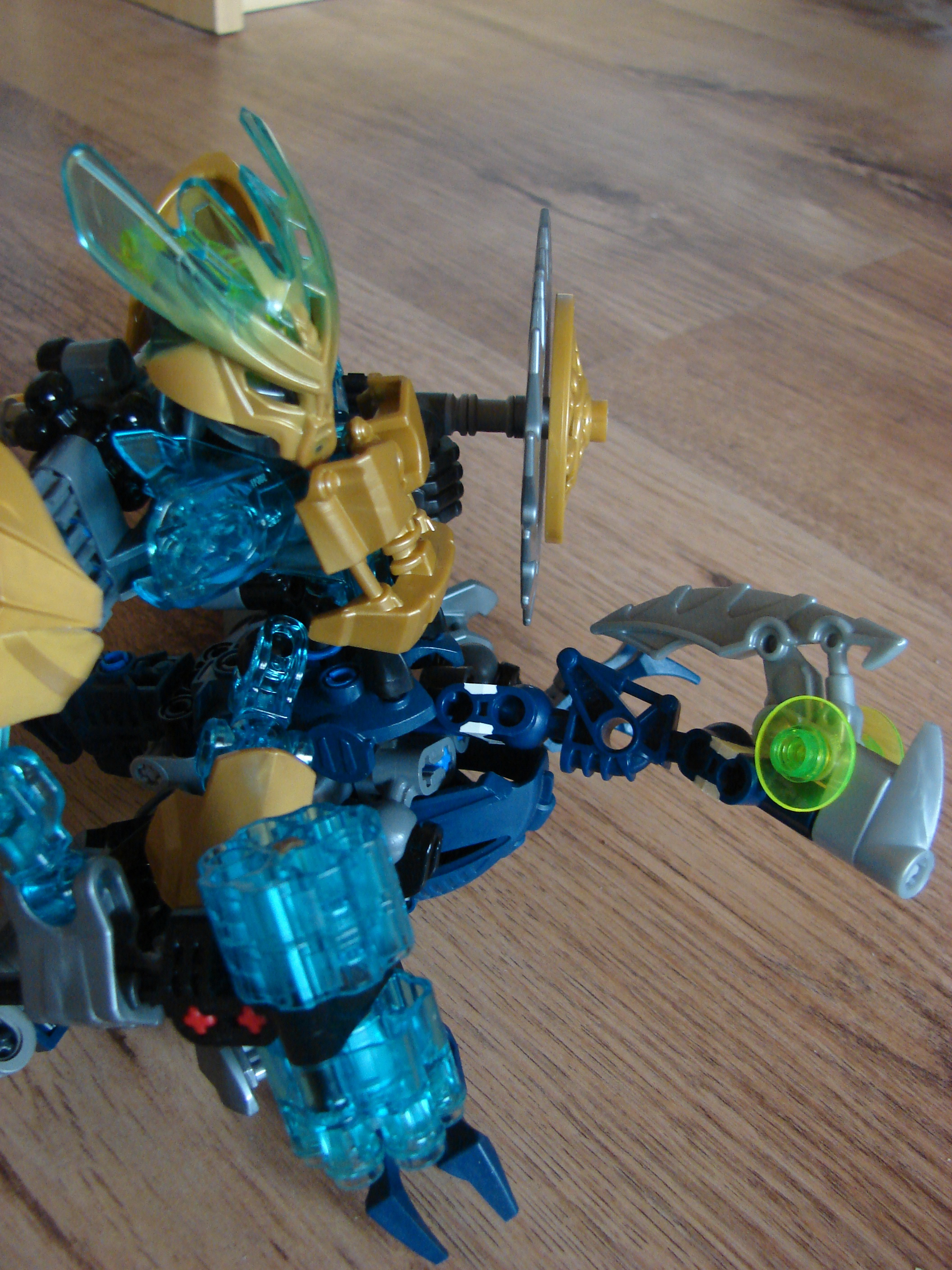 I like it. It’s simplistic and the colors go together nicely.
My only gripe is the torso/limb ratio. Makes it seem kind of fat…

It was kind of a point to give it a fat-ish look, I tried make it look like a casual domesticated herbivore, in a way you could look at it as a reptilian/avian cow minus the milk production =P

Well, in that case it makes perfect sense.
Haha.

I like it a lot. It’s a great build. My only complaint is the open ball joint at the end of the tail. Other than that, it’s a great little build.

Coolio.
It looks quite cute and well built

I would give this MOC a 7/10.
It overall looks like a formidable ride and the body seems to have been built pretty well, but I think its faults really does hurt the model.
Pretty Good Job!

the Garu Garu were forced to become omnivore and soon herbivore to survive as the constant waves of spiders kept scaring off their prey.

why not just eat the skull spiders?

aside from the open balljoint, looks alright.

Did somebody say Garu Garu Rider!!!

To be fair I only put on Ekimu as a little joke to see if it can even stand with a heavy little guy like him on the back, the spikes on the back were not meant to lock in an actual rider, I would have probably constructed a sort of saddle for that purpose, but I appreciate critique

No problem; I feel like Critique is important for any art medium as it helps grow the creator.