If I do make an RP, it will be a re imagined version of the original Matoran universe. Mostly centered around the idea of you guys making the heroes of the story and I taking on the role of the main villain. People who can prove that they can ‘keep up with me’ can be promoted to villains. But please note that not everyone can be a villain because it’s a bit of a deus ex machina, having the villains win because the Toa just… never showed up. Anyways, I’m just asking in case this is a lost cause.

It depends on the details. But in general? An RP set in the Matoran Universe sounds great.

Okay, some things to set in stone about the universe:
The island that it primarily takes place in is called Okoh Nui. It’s like a middle ground between the industry of Metru Nui but still keeping the tribal charm of Mata Nui.
The central hub of the island is Po Okio, and has a corrupt Turaga who will be the first major antagonist cough cough ahkmou cough cough
There’s some racism against Onu Matoran because, well, they literally live under a rock. (a mountain but still) and Ta Matoran, hence the slur ‘firespitter’ being thrown around alot. Note that Ta and Onu matoran are essentially ethnic minorities and are treated as such.
Karzhani exists, both the island and the person. It’s a prison island where evil criminals are put to work in slave labor. Such prisoners include former dictator/warlord of Okoh Nui, Nektan. The Scacti. He was ‘reassembled’ by Karzhani and put to work as any other prisoner.
Other important things will revealed as the story progresses AKA I’ll just make stuff up as we move along if it works for the greater story.

Sounds interesting.
I’d give it a whirl.

I’d probably join if this was made.

Here’s a character sheet
Name:
Species: (What kind of matoran are you? Are you a rahi like Keetongu? Are you a Makuta?)
Allignment: (Only really good, evil, and neutral are necessary but if you want an evil character you have to prove to me you can pull your weight as an antagonist)
Powers: (Very simple, your elemental abilities, your mask power if you can use it.)
Appearence: (You can provide an image if you want)
Personality:
Bio:

Can you feel that

It’s my heart being rent asunder

Name: Maldrakk
Species: Skakdi
Allignment: Good (My villain will come eventually, I’m sure of it)
Powers: Maldrakk has impact vision, a vision blast that acts as a powerful hit attack. He can’t use this multiple times in immediate succession. As all Skakdi, if Maldrakk is on a friendly status with another Skakdi he is next to, he can use his elemental ability and create fire.
Appearence: Big and bulky, Maldrakk is an intimidating foe with a crimson colour. His face is ragged and torn, and his teeth are almost as red as his skin. He’s big even on Skakdi terms.
He also keeps his eyes as closed as possible, leading many people to assume he was blind. He decided to follow through with this, and often pretends to be blind to avoid major suspicion.
Personality: Maldrakk’s appearance is betraying to his nature. He is a deeply sympathetic Skakdi who, for one reason or another, wants to do everything in his power to help the Ta Matoran, especially the ones who are the most undertreated. Among the weakest he is the strongest, standing up to fight against all those who attempt to do them wrong.
Bio: Maldrakk arrived on Okoh Nui with the intention of becoming a simple farmer, but due to his being a Skakdi he quickly rose in society thanks to Nektann’s influence on the racial status of beings on the island. Maldrakk disapproved heavily of Nektann’s actions, and once he was removed from power, the Skakdi simply hung around the theoretical throne, remaining a massively powerful influence on the state of the economy. This doesn’t give him automatic ruling authority, but in other regions of the island, the blind Skakdi is a presence to be reckoned.

You know I never actually looked up how it was spelled

Welcome to the RP. feel free to join whenever. 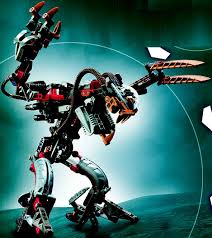 https://encrypted-tbn0.gstatic.com/images?q=tbn:ANd9GcRz73azaWw7V_JAmYjXH4XeM-9DWRxtNNfhbETsvPbMl817K840Xw
Personality: Evil and cruel
Bio:
Makuta-Nui is an ancient Makuta, he is cunning and evil and he plans to tans over the entire Matoran universe mwahaha he was once a small Makuta but he soon turned evil with the others

I mean, I already had Icarax in the spot of ‘makuta who wants to take over the universe’ as well as… Ahkmou- but that’s beside the point. Having 3 villains whose motives are centered on taking over the universe is a recipe for disaster. I’m sorry that I’m not even having you try out to see if you’re fit to be a villain, but 3 people with a teridax complex is 1 too many. Also having 42 powers is way too hard for either of us to keep track of. May I suggest making a Toa or Matoran? Perhaps even a creature from a different species, like a Skakdi or a rogue Bohrok? (Oh yeah right I keep adding to this universe as we go on, and I didn’t mention the fact that there are Bohrok serving as city guards in Onu Okio.)

Icarax is the main antagonist?

I’m sorry, I am unable to join due to canonical issues