Gavea and Jallack, the Toa Guardians 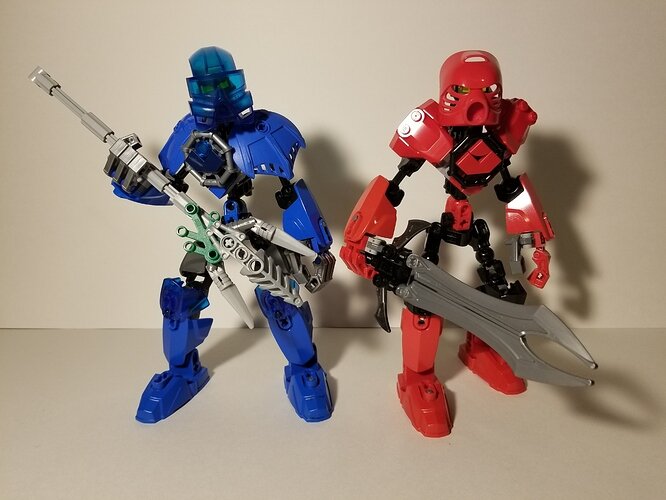 Now transformed into toa, the two guardians return from their exile 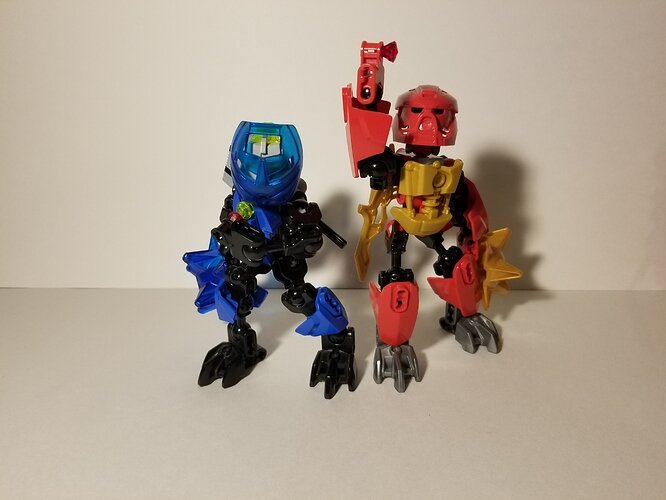 The two are able to access their newly found powers with the use of Ichor gemstones, and can switch between forms. With the Ichor, Gavea becomes a toa of water and Jallack, a toa of fire 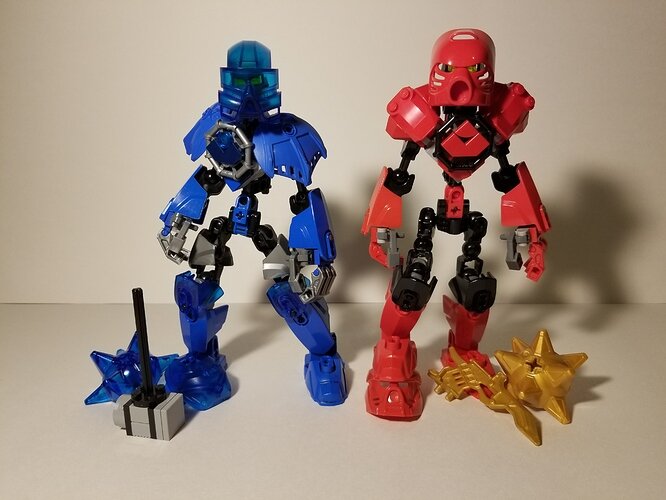 Naturally, the two swapped out their old equipment to better suit their toa powers 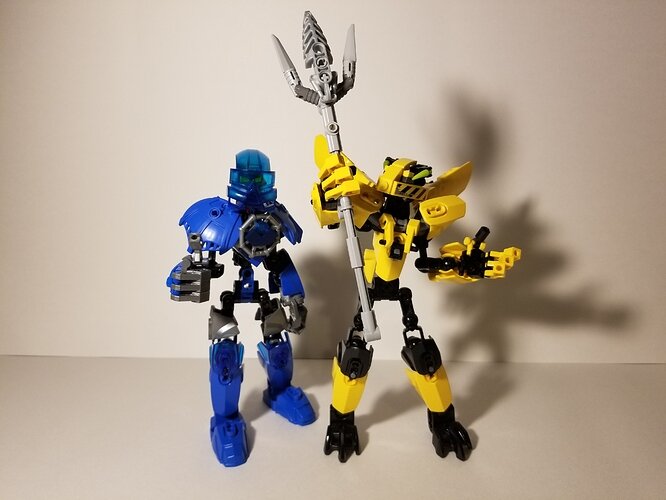 In need of a weapon, Gavea approached Varda. With her power to manipulate metal, Varda crafted a trident as she thought it would best fit a toa of water. 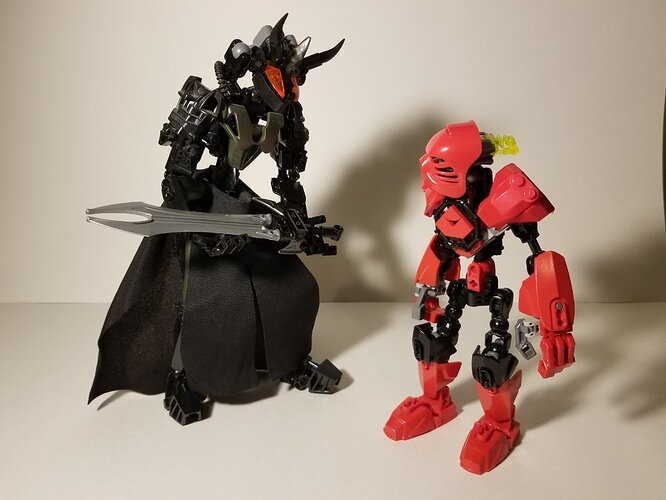 Jallack, on the other hand, was handed down Daevil’s sword after years of fighting alongside one another 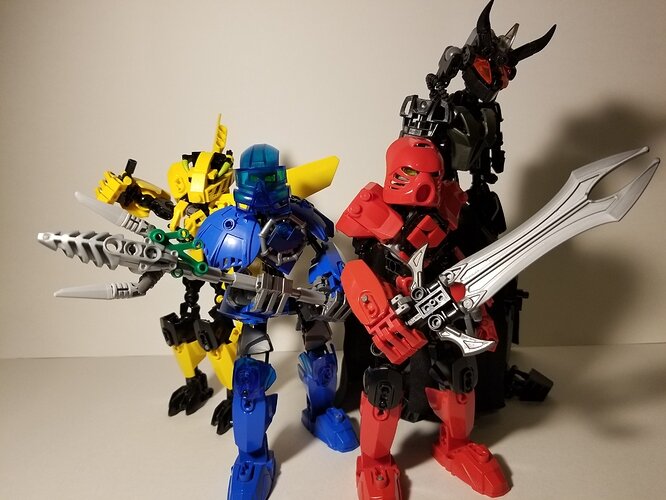 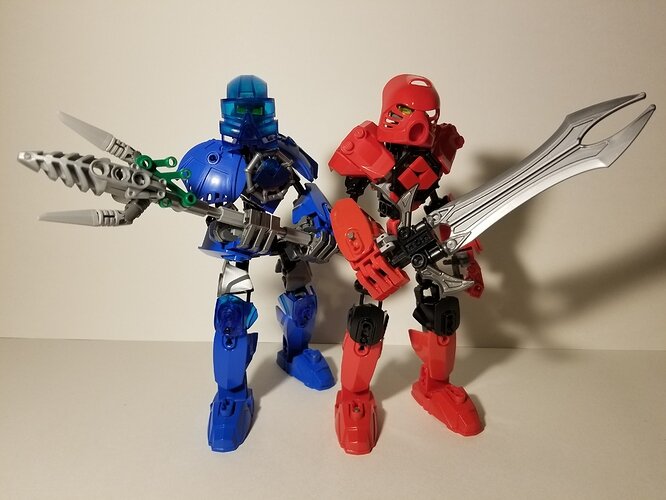 Thanks for viewing, C&C is appreciated!

I love the ccbs heavy designs plus system parts. The gray thumbs do stand out a bit.

These are really appealing as Toa builds! I love the unique proportions and shapes.

The masks make me seriously read them as Gali and Tahu though. Perhaps different options could help? It might even be interesting if you switch them?

@Axelford You make a good point, I’d have to get some more matching exo-force arms

@Pakari I knew someone would say that about the masks!

Thanks, both of you!