Apologies in advance for the picture quality on a lot of my pictures; they were all made in a hurry on a sunny afternoon shortly before I moved into student digs. I’ve edited them as best I can, but they’re far from perfect.

The gavokah are elemental spirits sustained almost purely by the energies of the Matoran Universe acting on protodermis-infused water, either through the elemental powers of one of the universe’s inhabitants or, more rarely, through the direct influence of the Great Spirit Robot’s systems. 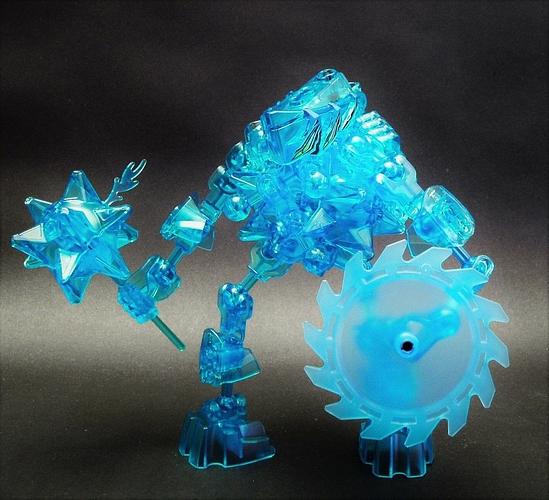 P1010008.JPG1423×1294 417 KB
On land, the gavokah are clumsy creatures and tend to form round, blobby bodies to minimise their total surface area and reduce evaporation. In icy climes they tend to take on a much greater variety of forms thanks to this not being a risk. 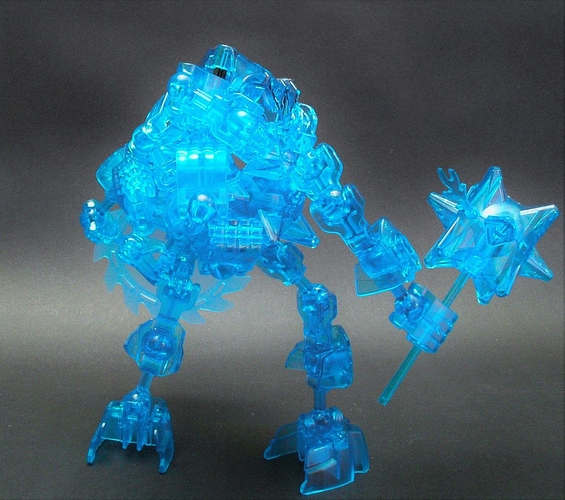 P1010009.JPG1382×1223 407 KB
Underwater, they are extremely powerful, exposed as a floating net of protodermis that is near-invisible, they are able to influence the water around them and take on near limitless forms. Often employed as underwater guardians, they are well known for sinking ships or dragging those that would harm their masters or birthing waters to their doom. 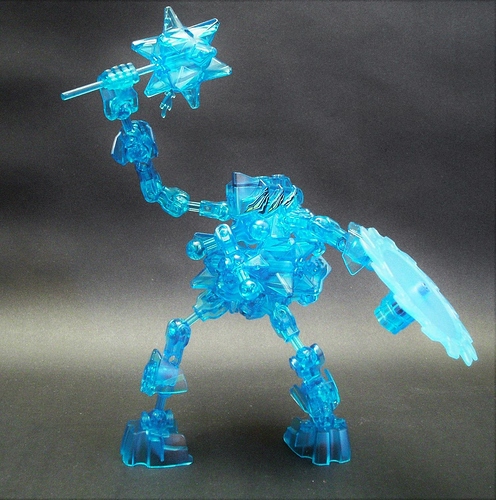 P1010010.JPG1508×1519 597 KB
They are most famous for being guardians of Korrothis, an island directly under Mata-Nui’s heartlight home to the Council of the Elements. In Korrothis’ Great Bay, the gavokah roam the submerged halls of the Water Palace serving as both stewards and servants of those lucky few who are invited as guests of the Ga-Nui. 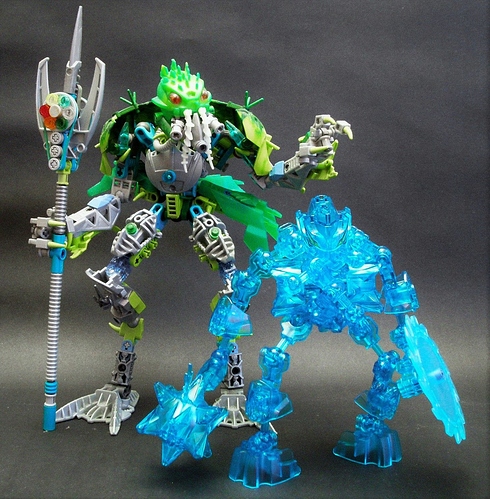 This guy is a tablescrap I made after finally getting some feet in trans-blue! You can thank a sale in my city for that; they had loads of “Chi Mungus” sets going buy one get one free! :o
The body is made up of a “wheel” of standard length CCBS bones with the limbs and head attached assymetrically. The middle is just 2 mace parts with some 2x2x1 cylinder parts between them that’s just held in place by the rest of the body wrapping around it.

@MakutaAhkmou It’s a mess of parts.

I love the whole chrystaline vibe it has going on.

This would be absolutely beautiful in some sunlight.

Awesome! I like your use of all trans pieces great job!

I LOOKED AT IT TO CLOSE

I like the way you used that invasion from below head. Its pretty good overall.

First off, the camera quality is amazing, if you made it anymore HD I probably wouldn’t be able to tell.

Now the Gavokah is really cool, very unique, I havn’t seen anything like this in a long time. A closer look and the body does look a little, everywhere but whatever works. Still looks amazing no matter what. The color scheme, well, impeccable… Everything’s pretty cool, nice backstory for these little guys. Good job.

It kind of looks like an ice Atronach from Skyrim. 10/10 from me

It reminds me of the Freezards from OoC: 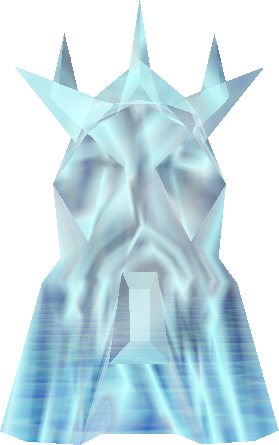 Excellent. Makes me regret that none of the Chima 2014 ultrabuilds were released in the USA.

Thou need to do a black light shot of it.

I wish I could! Maybe one day… Alas, it and all my MOCs are miles away from me

I really like this, good job! You did the Water Spirit thing well.