This is Gearton. when the bricklink order i made arrives he’ll have a cape.

“Makuta are all evil.” A statement that isn’t true. “All Toa are good.” Another false statement. Gearton is a…calm yet irritable being, making his home in a hut in the poisonous swamps below The Hive. All was peaceful, he experimented with various brews and cures, never bothered by the loathsome Hive creatures swarming around their master’s mansion. However, one day that all changed… 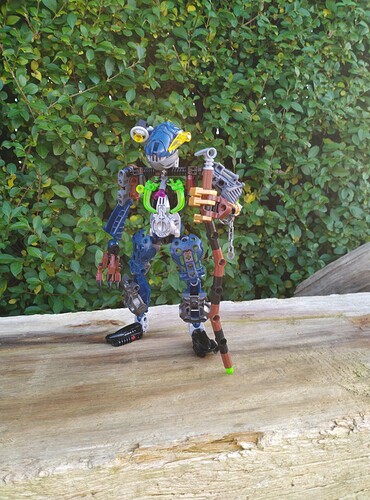 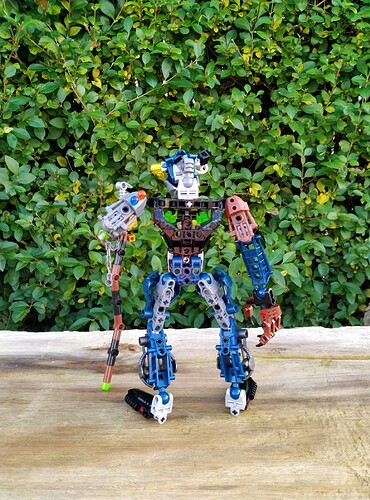 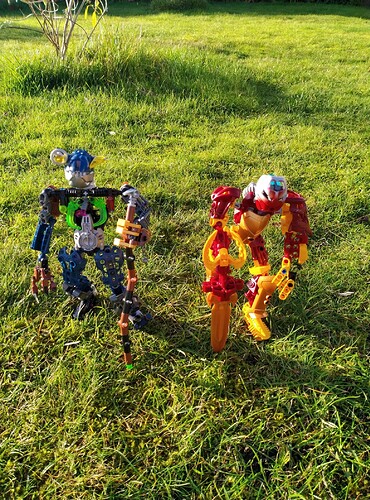 IMG_20211123_1227181560×2104 2.15 MB
It all started when he met a depressed Ta-toa known as Ryrc, who was lying in the swamp’s water. He was in a terrible mental state, for he believed he had killed one of his enemies, something usually against the Toa Code. Gearton, after some difficulty, persuaded his guest to stop lying in the acidic waters and come in. Eventually Ryrc was persuaded to come with Gearton to gather mushrooms and berries for use in potions and the like. 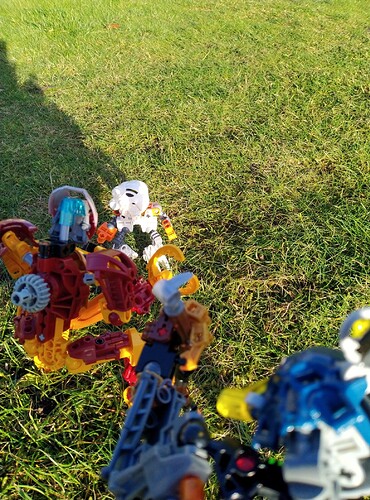 IMG_20211123_1229061560×2104 1.82 MB
their paths crossed with a bizarre Su-matoran named Adaw, who claimed that the world was in trouble, and he had been gifted an Enchanted Axe. Naturally, Gearton kicked this annoying midget into the waters of the swamp and left him there to drown.
, 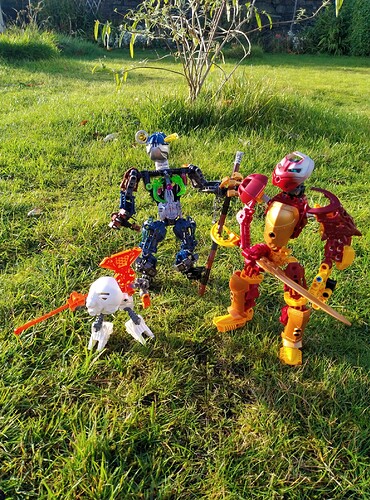 The color scheme is a bit all over the place, but other than that I like it!

Love the backstory and the odd design is great, he really screams shaman.

The color scheme is a bit all over the place

yeah, lol i need that bricklink order to arrive soon

yeah, i was going for that.

I like him, , is the right eye artificial or is he wearing some device?

@brickbot99 It’s meant to be a scoped kanohi of some form.
@Atobe_Brick Thanks!