(okay, calm down. I know. I will explain in a bit. just… calm down people.) 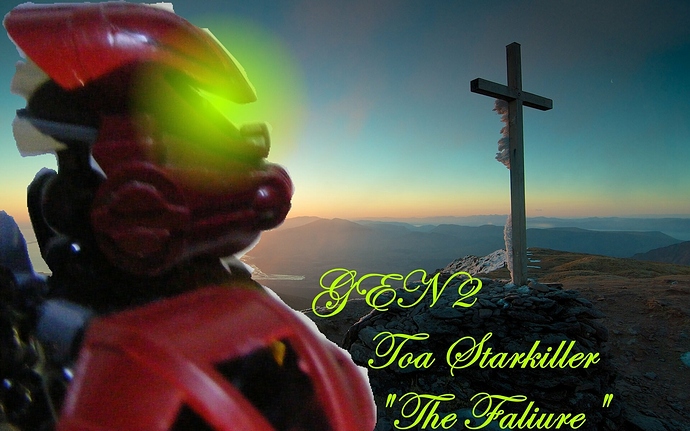 theme song (for those interested. which is no-one): Hurt, as covered by johnny cash. isn’t the logan trailer great?

"the planet, nay, the universe you know is but one. one of many. beyond this world, this world of apocalypse and shadowfall, there lie many, many more. each different. but, among them, some things never change…

in one, many, many worlds away, the toa you know as the mata came from the skies to save the island of okoto. in this world, we find our subject. you see, the six toa “masters” as they where known were not the only toa residents of this world. on another island, another toa team fought another evil, known only as “the blight”. the blight sought to bring all things under its sway. these brave, foolish toa, fought the blight, lead by the great leader, starkiller.

unfortunately, as is always the way, tragedy befell the team. seduced in secret by the darkness of the blight, starkiller betrayed his team, and slaughtered them all one by one. once he had broken free of the blights control, it was too late, as he had slaughtered them all. friends, allies, rivals. all dead. angered, starkiller found the blight and, through his remaining strength, slew it. however, his name had been sullied, and so, as a final act, he plunged his sword through his chest, so that he would not have to live with his guilt.

but fate was not yet done with starkiller. down from the great beyond came a creature known as a Valkire. these creatures are known to sometimes guide, and sometimes punish, the toa of this world. and for starkiller, it brought only punishment. instead of letting him die, the valkire bestowed upon him the curse of life. life eternal. starkiller could not die. he could be mauled, but he would not die. the only way out for him was to be found in the parting words of the valkire:

‘until you can find unity, fight for duty, and fulfill destiny, shall you live.’

to this day, starkiller wonders this world, shunned by all for his failures. but now, as the barriers of the worlds are breaking down, I am lead to wonder…

is immortality such a curse, at the end of time?" the turaga of time, on the subject of the multiverse.

okay, so. this moc. as you may (or may not) know, my self MOC is called starkiller. my last post on here was him (link: Starkiller V3: the unstuck (my self moc)). currently, however, I am planning a brief revival of my story line with my co-writers, and for that I decided to explore the multiverse a little. my first foray was to see what I though starkiller would look like as a Gen 2 toa. this moc is far from perfect, but I feel it captures the essence of both SK and gen 2. 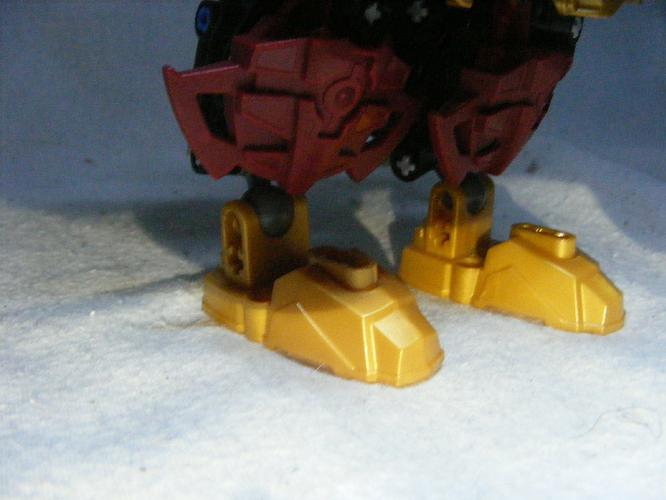 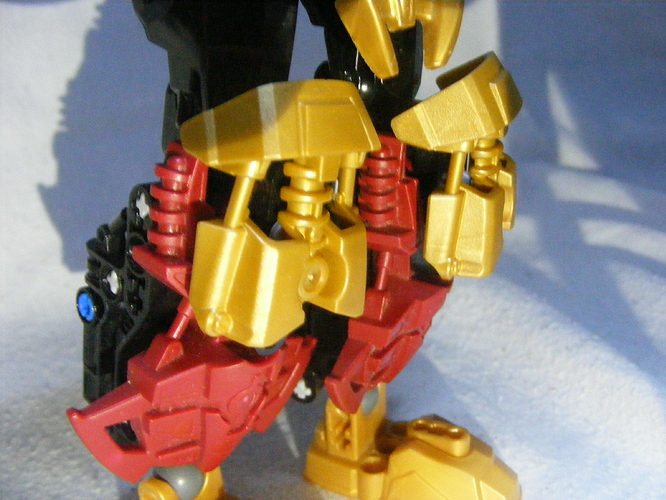 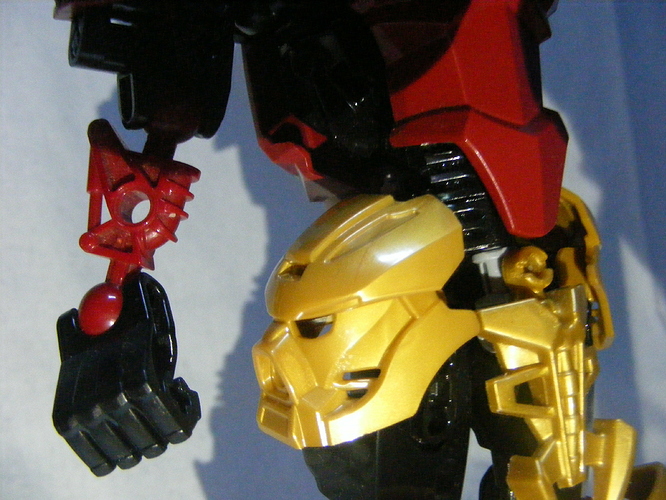 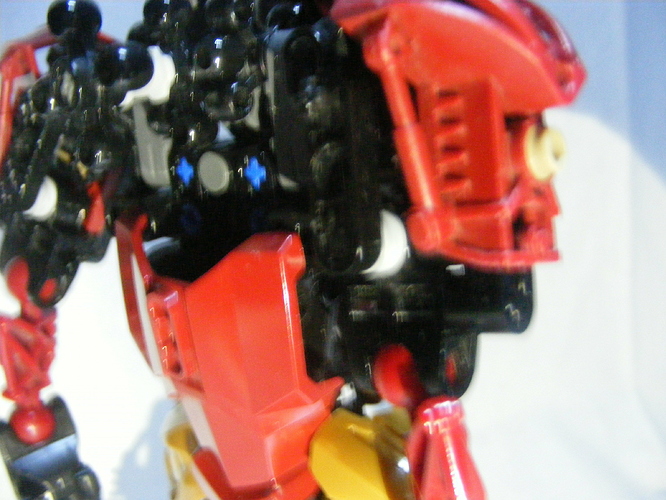 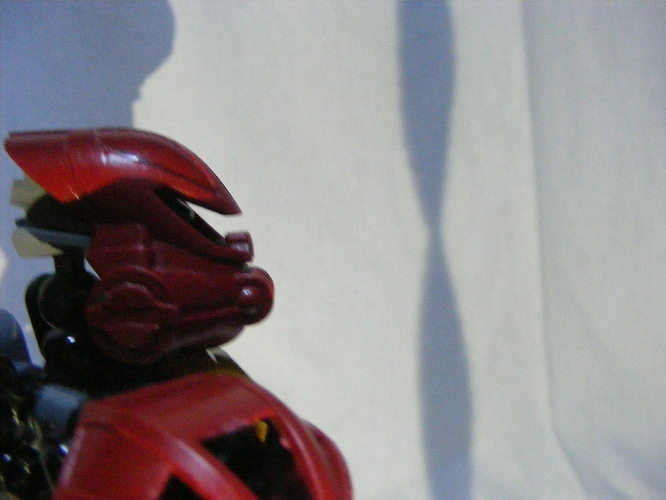 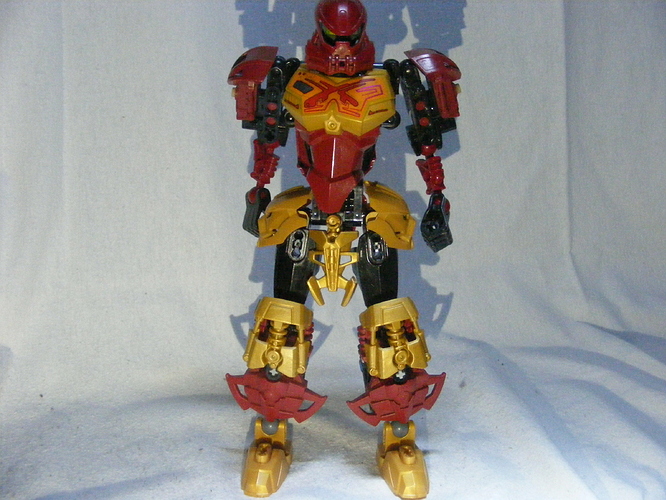 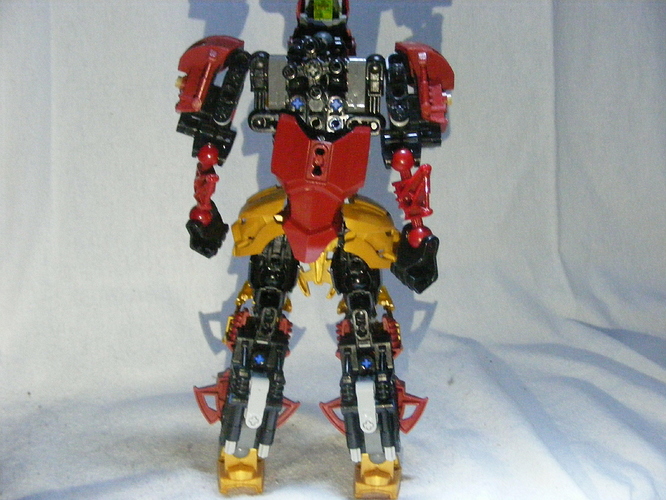 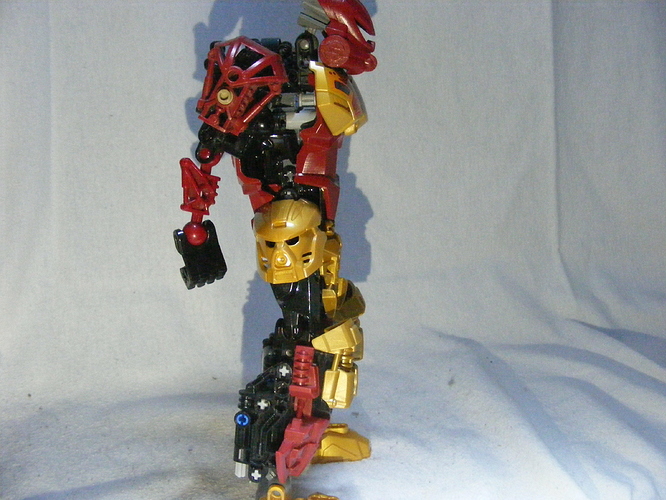 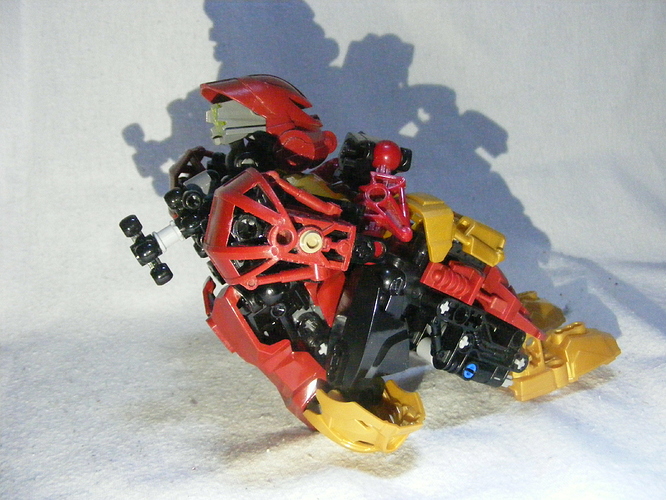 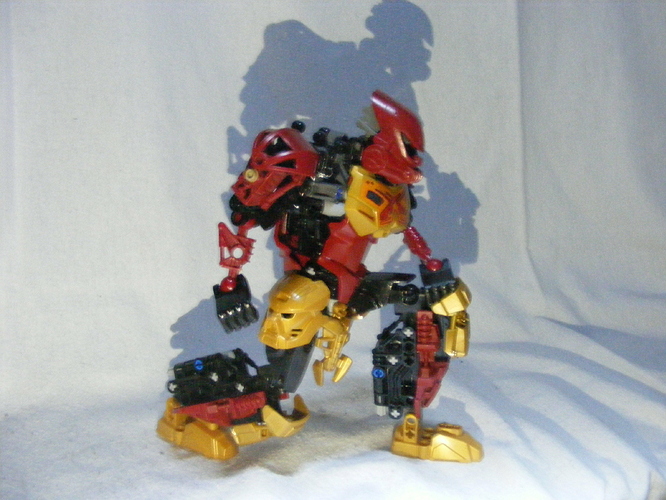 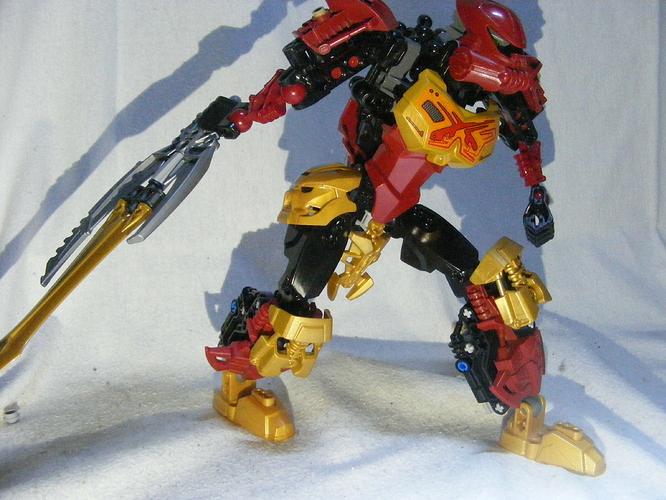 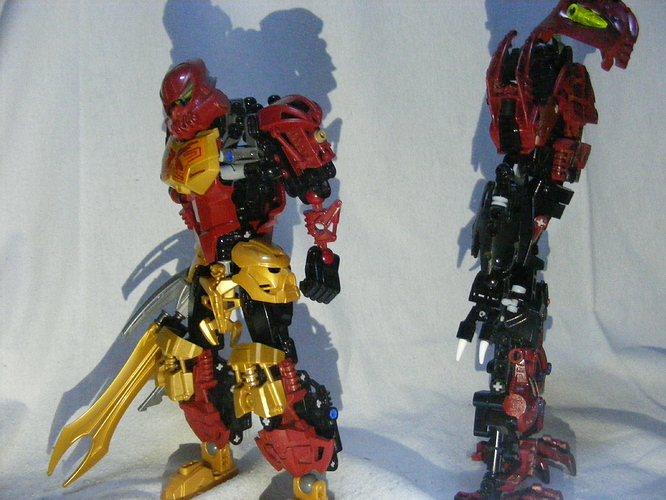 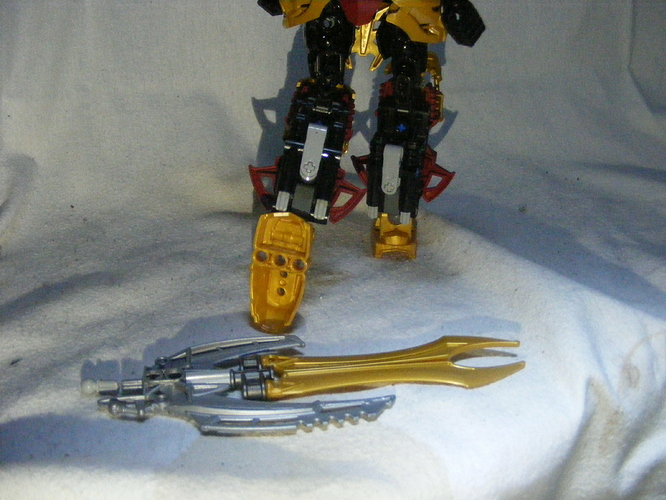 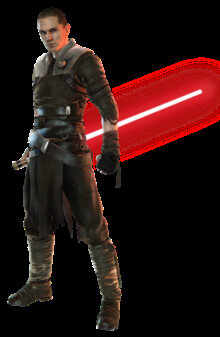 yes. I know. I am an unorigional emo. can we move on now

This isn’t what we thought, but it’s the Vakama G2 we needed

Ay g2 vakama, but that aside, looks pretty good

He’s from an alternate reality where George Lucas’s original idea for Star Wars was made.

It’s… It’s spelled failure. That is all.

i think i cut myself on it