I told you he’d be back in black!

That’s right ladies and gentlemen, a new version of my Self-MOC, Ghar, Toa of Earth! There’s not much to go over as I only changed a few things (not even sure it warrants a new version, but let’s just say it does).

Also, side note, his theme has now been changed back to Back in Black by ACDC. 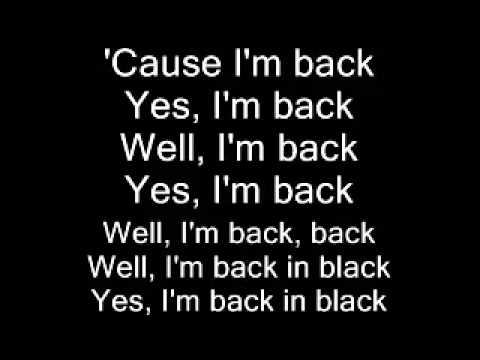 NAME: Ghar
SPECIES: Onu-Matoran (Toa)
HOMELAND: Southern Island of Una-Nui
TOA TEAM: The Doomed Toa
POWERS: Control over earth, soil, rock, and dirt
WEAPONS: Quakebow
FORMS: Matoran, Toa, Hordika (non-cannon)
STATUS: Currently active on Spherus Magna
PERSONALITY: Intelligent, strategic; not comfortable around others, with the exception of his friends and allies; humorous in the face of adversity; prefers solitude rather than teamwork; doesn’t speak out often, but others can easily read his emotions by his expressions

He also has a pet turtle!

Front view, with everything attached.

Here’s what’s changed. The legs.Well, not the whole legs, just the feet really.

Just some Mata feet with some things added on really, but they look really nice and are really effective. They were mostly inspired by Lewcarius’ feet. It was tough deciding to get rid of the Piraka feet, mostly since they’ve been around even since the original version, not even V1, the first MOC that wasn’t even Ghar then. But I feel it’s for the best, as he looks really nice now!

Some slightly modified arms. The half pin I used to have to fill in the gap in the elbow is now a black System cone piece, I’ve changed the useless lightsaber hilt greeble to black, and I’ve pressure fit a 1x2 plate with a tile on top into the gap between the arm and the tire, which holds really well actually! It helps fill the arms out too!

Well, that’s all there is! Even though you can totally see all the pictures below, I’m still going to wave goodbye and try to pretend it’s the end!

Ghar: You call this action?

Now we’re getting some dynamic angles! 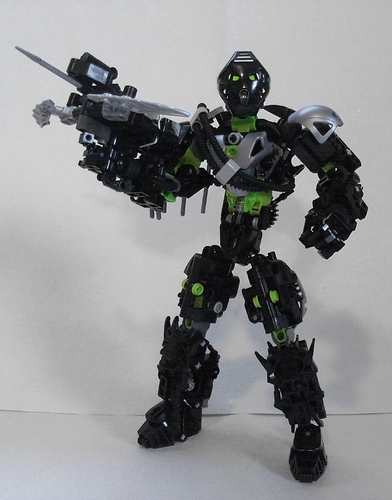 Here he is with his mysterious silver mask again. I’m not revealing yet what this does or what it is, but it’s here and it looks cool. It will appear later on in my story, if I ever get around again to writing it. Props to Lew for painting this mask.

Who can forget good ole Quake!

So there he is for you! I hope you all enjoy him! Feel free to tell me what you think below!

This is really good! Great job.

GIF removed just in case anyone has epilepsy. Sorry - Waj
didn’t think about that… Sorry.
Build: 5 I love the build of the arms, the legs and the torso.
Look: 5 It looks really groovy man. that’s all I have to say.
Concept: 4 It looks like I would imagine you as if you were a robot thing.

Very nice. Bulk-master-y as ever. Although, you should’ve stuck with his previous feet. These ones look much too small, seriously.

Great upgrade, I like the modifications you made to him and the turtle is a nice touch

well, I’d give a quick review, but honestly…
#I love it all

Thanks so much everyone! Keep 'em coming!

This is really good! Great job.

Trans green is the best!

I find the torso real groovy.

I love the build of the arms, the legs and the torso.

Although, you should’ve stuck with his previous feet. They look much too small, seriously.

I’ve had that issue too, but I’ve gotten used to it. I think the older ones were too large with the toes and these may be perhaps a little too small, so if I can get my hands on a happy medium like the rounded Inika feet that came with Nuparu, I think it’d be better.

the turtle is a nice touch

Every MOC is better with a pet turtle!

I love it all

I like the customness, but his bow is quite tiny. That is my only complaint. Everything else is a moose inc.

Woah, awesome MOC, looks like a cross between Onua and Rambo. I have no criticisms.