Ghost, The Shadow Walker (Self MOC) 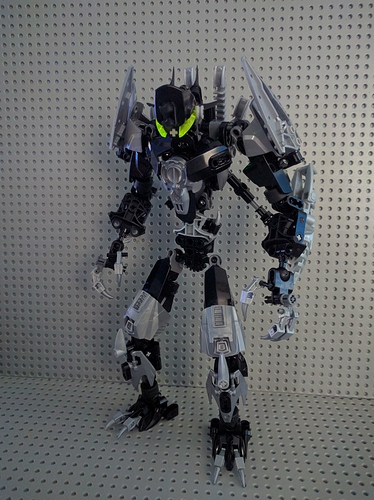 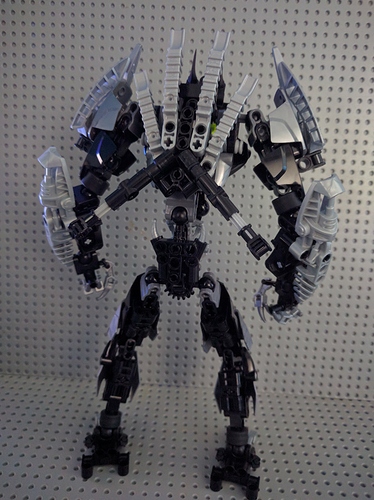 Ghost, The Shadow Walker is my self-moc.
Ghost is part of a race called the Atherians, a species of sentient beings who can ■■■■■ between reality and the Aether (a dimension which exists in the same space as reality, where time passes at a slowed rate and is filled with energy). The Shadow Walkers were Atherian who had a strong connection with the Aether, allowing them to harness the energy contained within it and could use it to create anything they could think of. 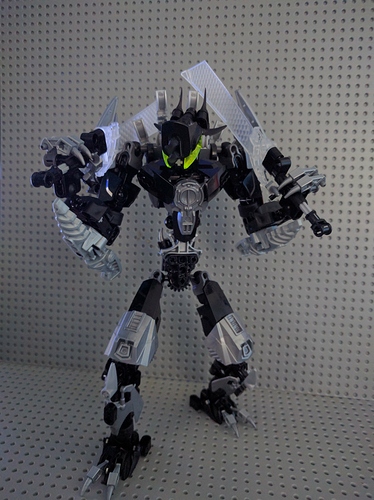 Nice moc! It looks suitably alien and foreign without loosing cohesiveness. I like the usage of older parts with newer ones. It makes the moc feel a bit retro but it blends the two styles very well.

Thanks for the input, most of the construction was me working with the parts I had, while trying to make as much of the MOC custom as possible.

I love this. He has a really unique look and the clean and simple color scheme works well.

Thanks, I wanted to try a different kind of construction, so I attempted to make the MOC as custom as possible

Nice job. I like the look of his overall stature and the way you designed his head.

Good shaping on it.