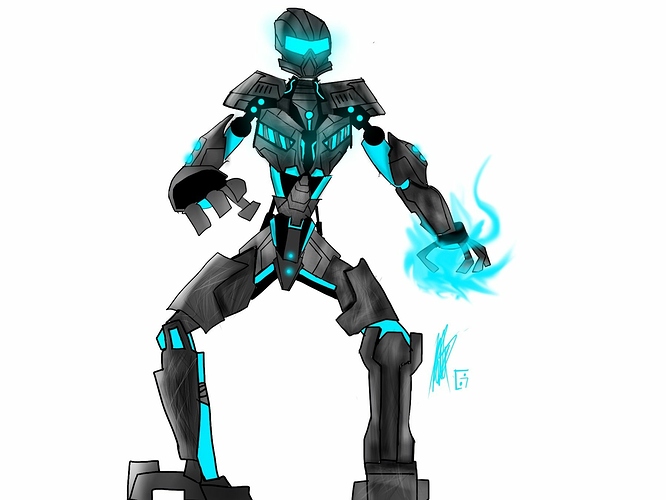 the gap between the legs looks odd, but I see what it’s supposed to be. Hands and the area connecting the arms and shoulders (the balljoint) look awkward… Otherwise I guess it’s alright

Pretty awesome, managed to potray the original nicely but has some nice little tweaks here and there.

Nice! The shading is pretty good too! Great job!

Huh? What do you mean.

Oh. I should have been more clear. I just didn’t see him comment or anything, and I think he should see this!

He already did, he was the first one to see it and like it.

Not everybody has to post, in fact I preffer people liking my post than saying it’s good

Nah, but this is really cool.

Like, it’s been a while since I’ve seen Ghosty’s selfmoc

but the legs look crazy too long. Like, it’s just kinda unnatural, really. IDK if it’s just a perspective thing or not, but I feel like there’s something to be said when your shin is about as thick as your waist, pistons notwithstanding.

Like, not trying to bash and stuff, but that was just the first thing that stuck out in my mind when I saw the drawing.

I do like the general idea behind the pose though. Something about his right hand and arm reminds me of something

but I can’t place what it is.

Yeah, I wasn’t too happy with them either, but I tried to keep them as accurate to the MOC, it was by the time I had finished that I realized how awkward they looked.