“Drink for the thirsty, food for the hungry! What can I get for ya today, friend?”

((Things written in bold are to do with the Cyclic Plane Storyline and aren’t canon.)) 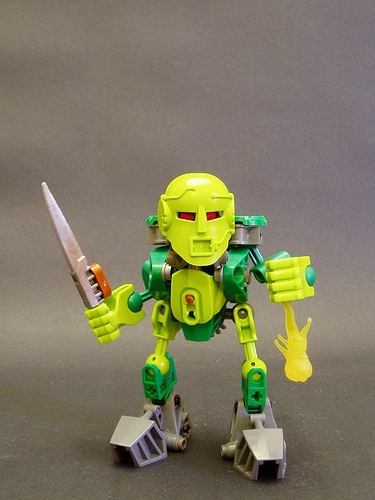 Gimlas was a Le-Matoran from Artakha. He was good friends with Brolas, a matoran who went on to become the Toa of Copper thanks to the power of The Soulforge. Gimlas spent much of his time in Artakha preparing delicious meals for its inhabitants, and took the Aspects of Creation strongly to heart. 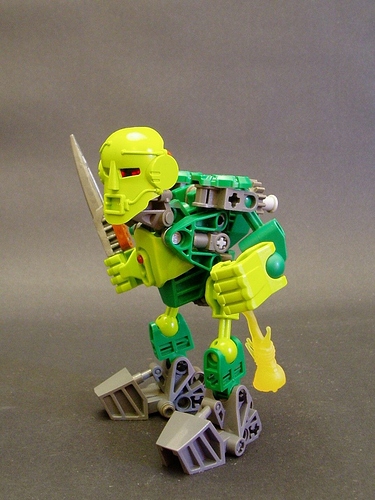 Gimlas followed Brolas on some of his adventures, and saw many places in the Matoran Universe, including the holy island of Korrothis. After getting injured on one trip, he travelled to Karzahni to be fixed, but was trapped there. 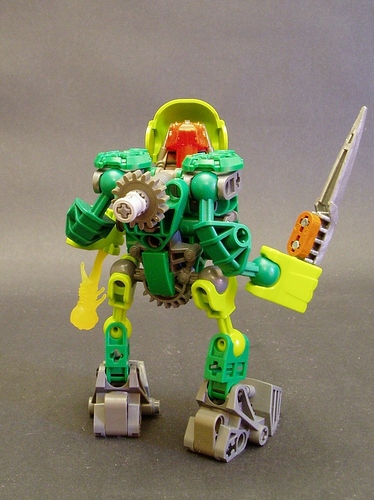 After escaping from the island with the help of the soon to be Toa Inika, Gimlas made his way South back to Korrothis, taking many other of the escapees with him. When they got there they found the island was missing! In its place was a ring of sandy land with a great bay in the centre - The Isle of Thorns. 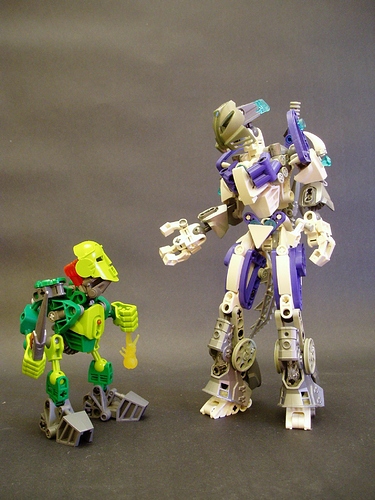 He decided to use his skills and opened a restaurant called Calix (after the mask of the one who saved him - and also to boast about his cooking skills) and with the others, awaited the return of the holy island. When Tynne arrived on the island, Gimlas took her in and gave her a job serving customers so he could spend all his time in the kitchen.

Gimlas settled in Bazryghan after Spherus Magna was reformed. He was good friends with Diocletian and his family, and told the playwright many tales of his encounters with various heroes.

He is one of the matoran who manned the colonisation mission to Atmos Magna.


This MOC is new! I made him a few weeks ago along with a few other matoran.

Just a quick upload while I’m working on university stuff. >.< I swear this degree is killing me.

Gimlas is a really old character of mine, and for once is not some warrior-monk. He first appeared in 2009 as one of the “Matoran of the Thorn Isle” (not necessarily canon anymore), and was a minor NPC in the Isle of Thorns BRPG 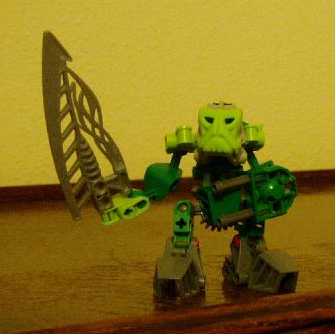 The original and the current version both use variations on Shadowgear6335’s original matoran design.

What is his Culinary Specialty 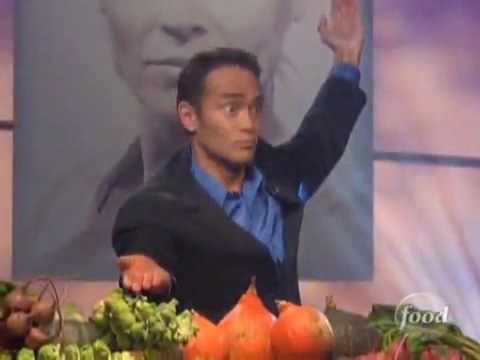 Something about him definitely has a chef look.

The squid is a really nice touch, and the build isn’t something I think I’ve seen before.

I love how pudgy he is, something about it just works. The squid is also a nice little touch.

Didn’t he call them “Matoron” or something like that instead of matoran? Cool to see that design used again, havent seen it since Soant.

And the chef MOC is awesome! Love the CCBS shell on the mata foot. Is it connected via an exo force hand?

######i misread the title as “Master Chief” so I was all like "a Gringat Master Chief? Cool.

@Denmark Yeah he uses my sole remaining trans-orange one off Roodaka so he can have a heartlight. 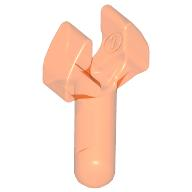 Garnish with chef’s hat for perfection.

I… I don’t know what to say besides wow. This is impressive. I love the idea of him being a chef!

i misread the title as “Master Chief” so I was all like "a Gringat Master Chief? Cool.