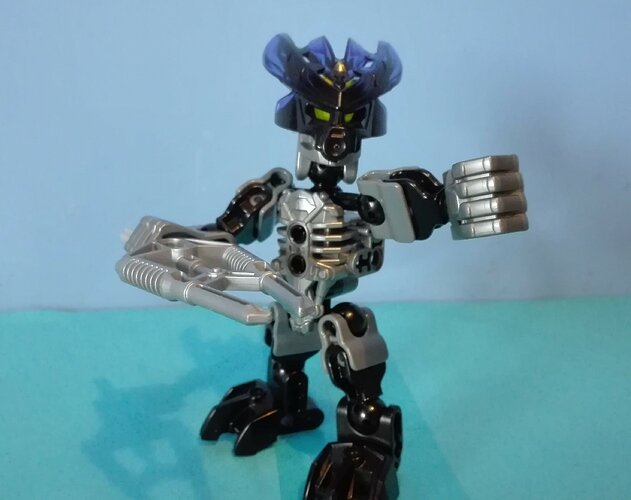 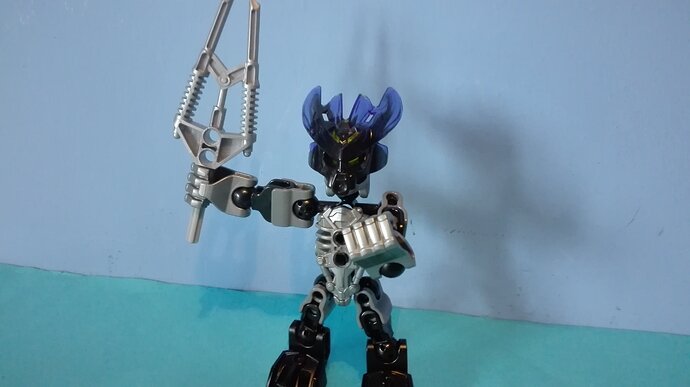 Uhh, This is a thing that EVERYONE can make…

Uhh, This is a thing that EVERYONE can make.

I believe that is the point

The staff is adorable. (I won’t bring up the fact that the Lerahk staff was discontinued- Wait, I just did)

Uhh, This is a thing that EVERYONE can make…

What should this mean? As long as you have the pieces required, you can make every moc and every set you want. The point of this moc is to be very simple, just like the original Good Guy.

He might be simple, yea, but this MOC doesn’t really seem to understand why Good Guy is so loved and hated.

For one thing, Good Guy is horribly atrocious. You could ask a toddler to build a Bionicle and end up with something better than him. He’s got no mask, no real torso, no hands, just a weapon piece. He was composed of old parts and was packaged with batteries. He was available only in Sweden. In general, had zero effort put into him.

Despite that, he has a charm to him. His squat stature resulting from his poorly constructed torso is funny and cute at the same time. His ridiculously long arms and staff result in a humorous, awkward gait, and he almost always has to flail them up in the air as if he’s declaring himself a king. It also helps that Reviving Bionicle has created a story and personality for him that has practically become canon. He’s this horrible, ugly, but lovable meme, really.

This MOC doesn’t really have any of that. It’s got a mask, hands, decent arms and legs, even torso armor. It’s a decent MOC. And because of that, it doesn’t capture the essence of Good Guy.

And I think that’s the problem with trying to make a “new” Good Guy, or a 2015 Good Guy, or anything like that. You really can’t create such a perfect storm again, and any attempts at making something similar will ultimately not hold up to the original.

So yea, this is a decent MOC. It’s just not Good Guy,

It’s not a bad MOC, but it seems to me that you’re using the idea of polybag-style models as a crutch. Sure, these smaller things are kinda neat, but you’re never going to improve if you limit yourself to just making things like this.

Well for some reason people seem to like this small MOCs rather then the Normal Size MOCs I made. This small ones have like 20 likes, and my big ones bearly reach 10 likes
So, I gues I will stick with these small ones for a while…

Know why? Because people can’t really have any complaints with them since they are so small

But isn’t it more about improving rather than getting more likes? You’ll never improve your larger MOCs if you never try building them.