Gorath, the avatar of death

WARNING! A lot of canon blasphemies! Explanation at the end.

Gorath is an ancient creature. His first known appearance was on Great Beings’ home planet. Gorath made the true slaughter, whole planet’s population died and only handful of them survived - those, who evacuated to other planet, Spherus Magna.
Time was passing, and Gorath found Spherus Magna, but this time, Great Beings was ready. They knew there is no weapon to kill this creature, so they tried the other way - they put him to sleep and jailed beneath their palace.
But there was another danger - Plague of Shadows, misterious beings with the gift of creation and only one mission - slay whole Spherus Magna and create their own species. There was no known weapon to defeat them, so, in act of desperation, Great Beings awoke Gorath, who killed Shadows, just for being put to sleep again. This was his last appearance. Gorath still sleeps, waiting for his awakening to finish his mission - elliminate whole life.

Gorath is a creature without any feelings, maybe even without consciousness. His mission is to slay whole life, and he don’t know, why he have to do it. Everything touching his blade is dying immediately. Also, he can freeze his surroundings to absolute zero. There is no way to kill him, only one known way to defeat him is to put him to sleep. Also, he can travel through the space and scent the life of the universe (yes, yes, OP, I know, sorry). 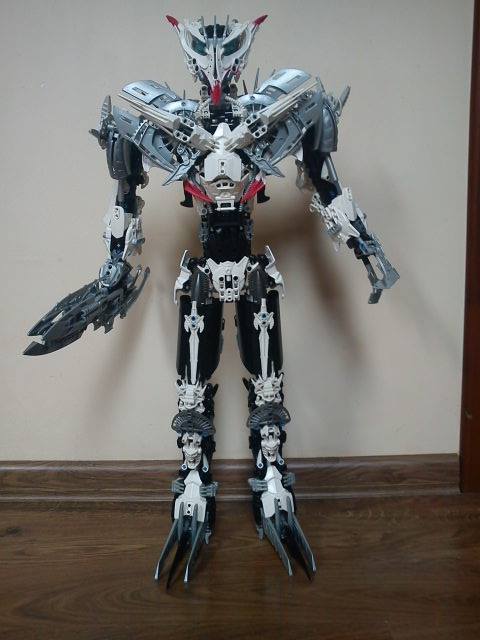 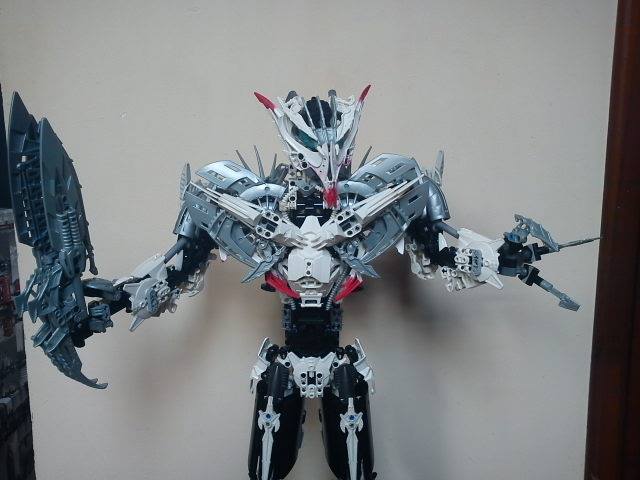 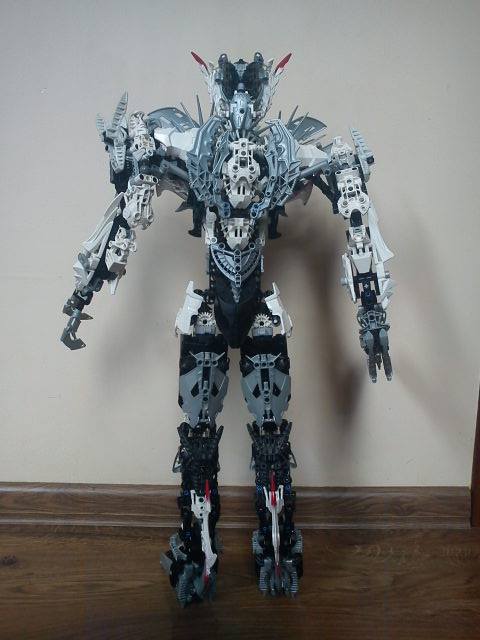 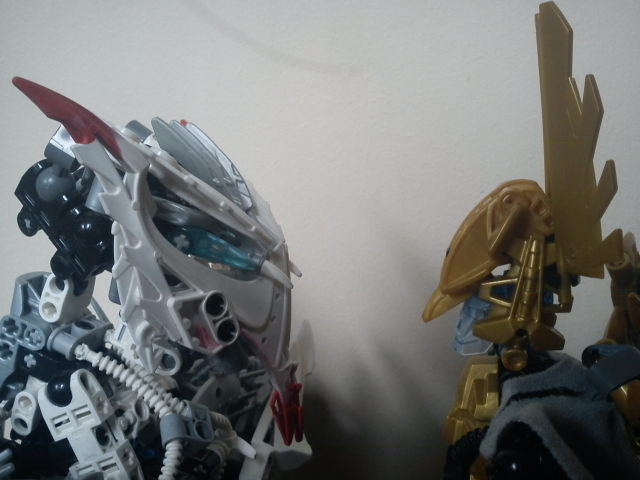 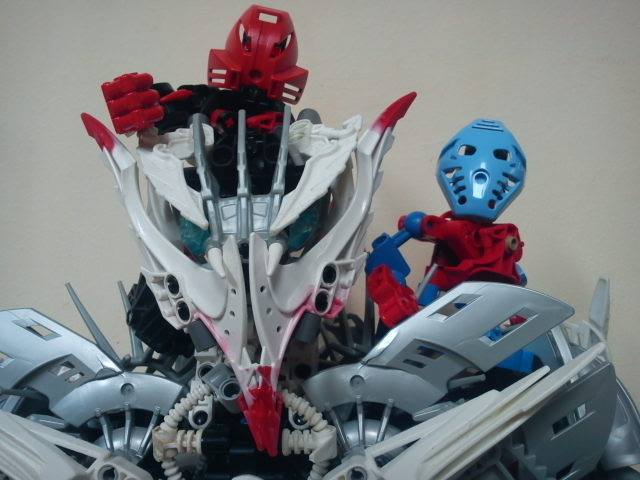 *Okay, it’s time to explain my blasphemies. I know, I know, Great Beings are Glatorians. This storyline was created before this little bothering fact. In my FF’s, GB are more ancient being, from other planet, with their own religion and gods (Gorath was created by one of them, but shhhh, it’s enough blasphemies tonight). They changed their forms into Glatorians to be more similar to Spherus Magna species, and became trapped in these forms by matter-controlling Shadows.
I know, I’m a blashpemer, Greg will find me and he will kill me

And about MOC himself - he is not the perfect one, I know. He was one of my first giant MOCs, and some things looks messy. I’m planning to remake him, I just need pieces, money and time.

A bit messy, but neat regardless.

I like what you have going for the head; those Shark Tooth Blades lend it some interesting shaping and a sleek look.

I agree with @Stoax. The head really draws me in.

Amazing MOC! The head is really unique and interesting. The shoulders might be a little too wide.