An charismatic toa of fire with a detective’s mind.

((Things in bold are to do with the Cyclic Plane Storyline and aren’t canon.))
The MOC is over 5 years old, again. :v 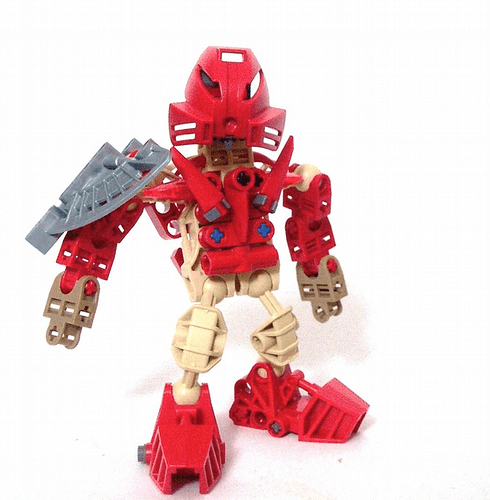 Gratigan lived on the island of Poliaz. He worked as a guard under Xalos and later befriended the cold and reserved Ko-Matoran. Gratigan was an eccentric sort of character. He was chatty, seemed to know everyone on the island on a first-name basis, and spent much of his time running around between one encounter and another. Xalos promoted him to head detective in the Poliaz Guard. 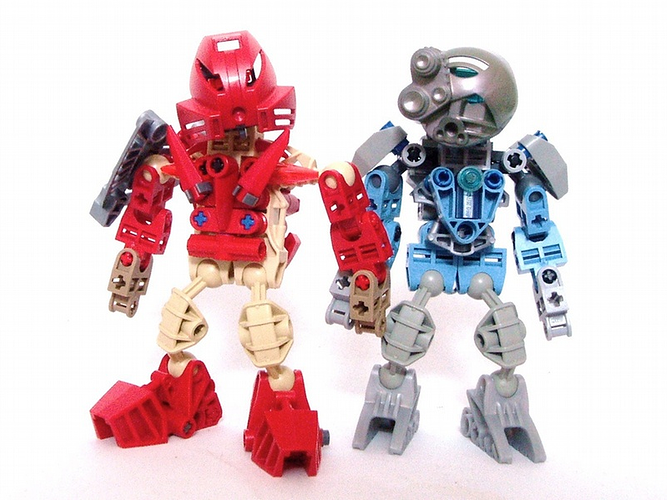 After saving Eki from a ransomed capture by the Black Delta Gang, Gratigan fell in love with Eki’s best friend, Soleku. He also freed Gringat from their clutches after he agreed to help the island with his creations. 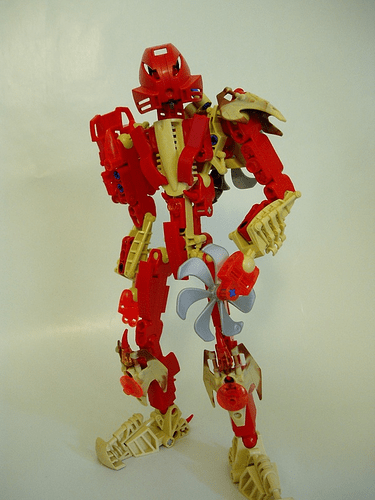 After Toa Lizena, the island’s guardian, was slain by a Kanohi Dragon, the island’s leaders, Poliaz and Vanembar, put together a scheme to expose some members of their island’s population to Energised Protodermis. Gratigan was one of the few who survived, along with Gringat, Xalos, Soleku and Orabmar. 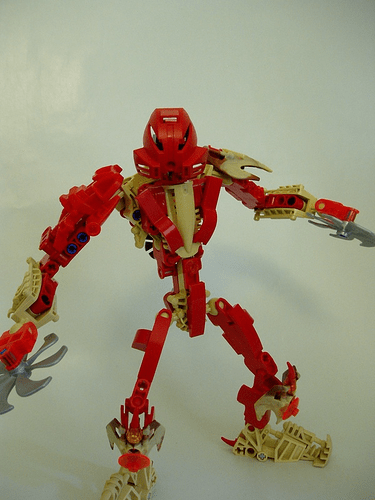 Gratigan wielded two throwing stars which could carry his elemental powers and create flaming whirlwinds, before returning to his hands on command. 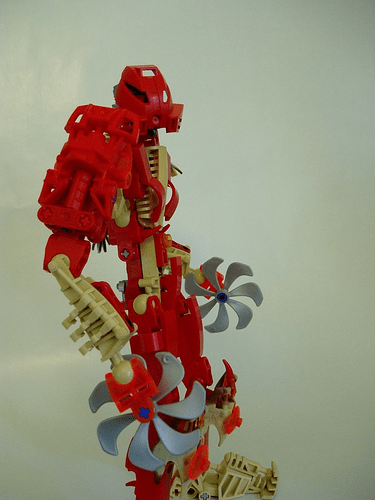 Gratigan made an excellent scout and, unlike the other Toa Vanembar, travelled light when he could. Much of his energy was spent on keeping the rest of his team together, however, namely in quelling arguments between Soleku and Xalos, or between Soleku and Orabmar. Or between Soleku and some other member of the team. Kana and Abarium joined the team a little later on. 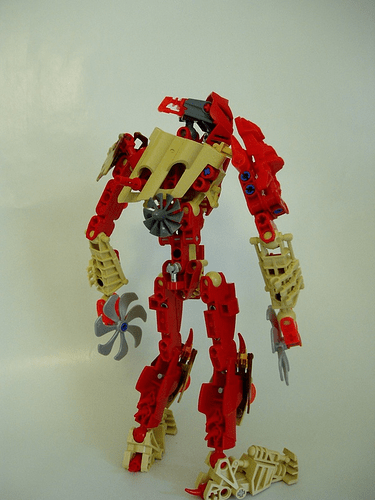 Gratigan was killed after the kanohi dragon that killed Lizena returned to the island. He miscalculated a jump and ended up being snagged and crushed by the massive rahi. His death marked the beginning of the end of the team. Xalos nearly killed himself attemtping to bring Gratigan back to life. Soleku blamed Xalos for his death, and left the team. 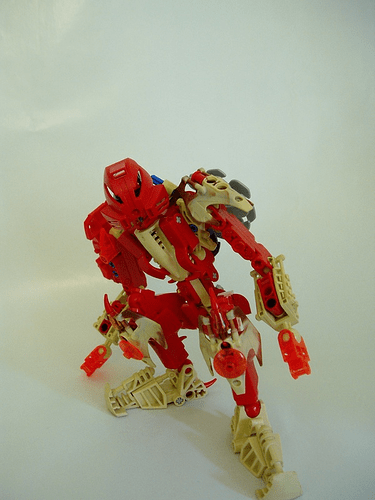 After he died, Gratigan’s spirit travelled to the Red Star and became trapped there. He remained there for centuries, until after the Reformation of Spherus Magna, where Mata-Nui used the Ignika to give him and others a new body. He was devastated to learn that Soleku had been killed by Cosrahk, and spent some time seeking him out, before returning to civilization without any luck. 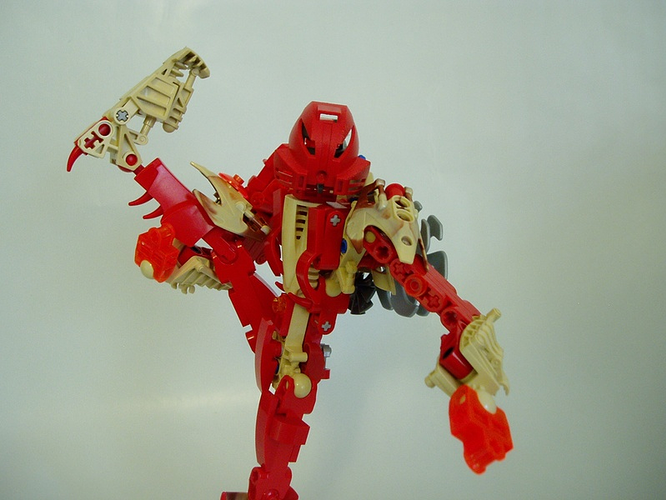 Gratigan lived with Kana, Orabmar and Aza for a while, before deciding to depart with Korrothis to find other worlds that had been colonised by the Great Beings.

Interesting color scheme! Honestly though, I prefer his Matoran form over his Toa for some reason.

I wanna put all of mine up here. It gives me something to do while I’m at uni. :T

well, it certainly shows your improvement

I feel like the toa form needs a little silver, just to match the matoran

The matoran’s silver part is a sash denoting him as a member of the Poliaz Guard. Or something. It’s been a while ._.

I think so too, probably because I love small custom matoran mocs

Oh no! That must have been soul crushing. I’ve had a few broken MOCs over the years, but usually ones I was working on at the time…

he was green and he had claws and he had spike all over him. I had an epic story for him and everything. for a fact i had a web series for him as well.

The Matoran form is partially nice and I wish the Toa form had a little more similarity to it. Speaking of the Toa form, those are some really skinny thighs.

Still, thanks for sharing this blast from the past.

The Matoran build is really good looking, but the Toa is really eh.

Is his name meant to be an anagram of gringat