Since I’m in the final year of my university course and living away from home to do it, I have very little time to devote to MOCing and I don’t have most of my parts. I just have a few sets with me here and tend to build more as a sort of stress relief. MOCing is a form of medication after all~

So here’s a topic where I’m going to plop terrible pictures taken on my phone of terrible MOCs made with limited parts while trying very hard not to go insane from lack of food, sleep and/or social contact. Hooray!

Akonian Zombie
I just stumbled across this picture today (16th Dec) on my phone. It’s made from parts of the protectors of ice, water and the Skull Warrior.
Not a hugely detailed MOC, but more of an experiment with the new skull villain parts.

In the final setting of my storyline, Tempesta Caelestis, the Akonian species exists as descendents of the matoran, glatorian and agori. Thanks to their unique method of reproduction, they evolve quickly and in unexpected directions. Their bones are metallic and they actually do have doubled up bones in the upper arms and thighs, so this is deliberate. They also glow reddish when damaged or in pain.

This unfortunate fellow is suffering from Time Sickness, brought about by exposure to chronodermis. Different parts of his body are different ages, and fluctuating constantly, leading to an undeath-like state. 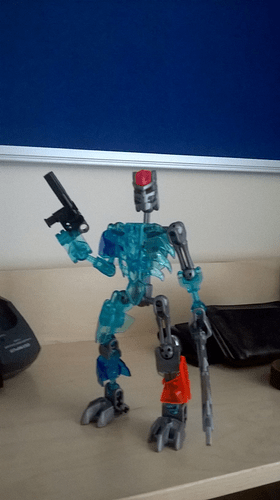 This guy is a combination of Gox, Jinky and Kamzo
He’s based loosely off the Gunship and Dropship from Half Life 2, just steampunkified. He’s got movable thruster limb thingies and another on his tail, and the gears in the centre are meant to resemble rotors. Same with the nose. The “cockpit” can open.

He also technically uses all of the parts from the three sets, since the base contains all of the ones not used for Windy himself. 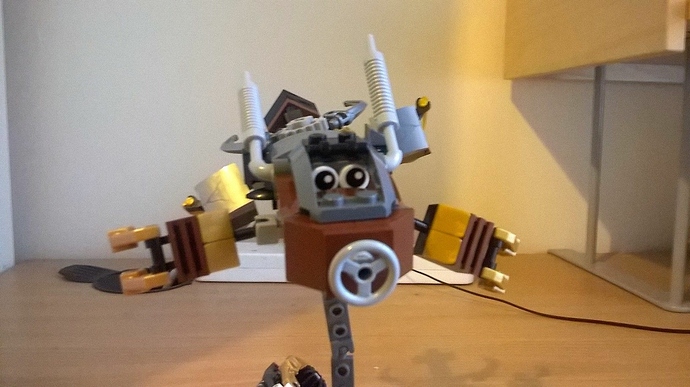 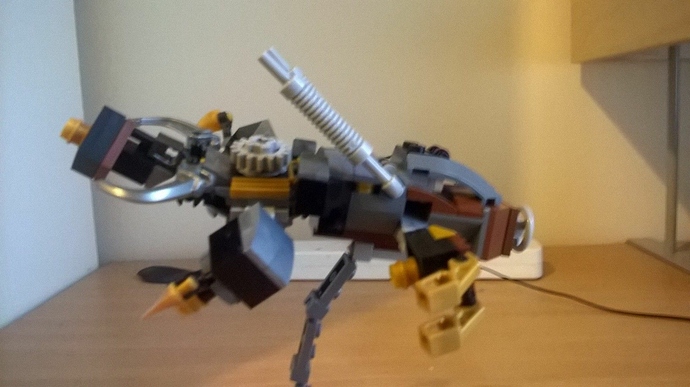 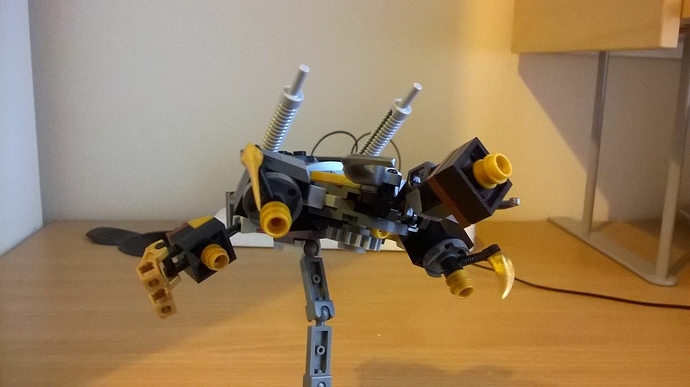 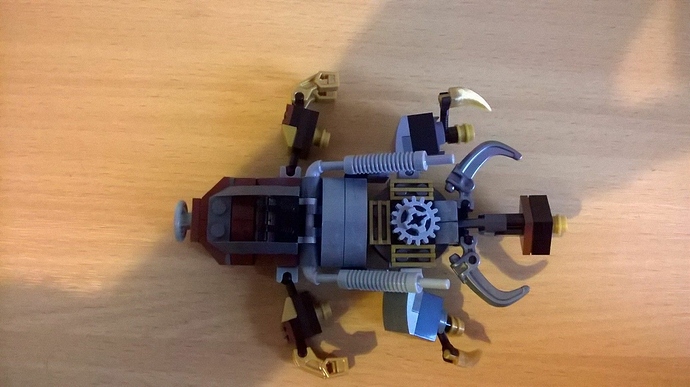 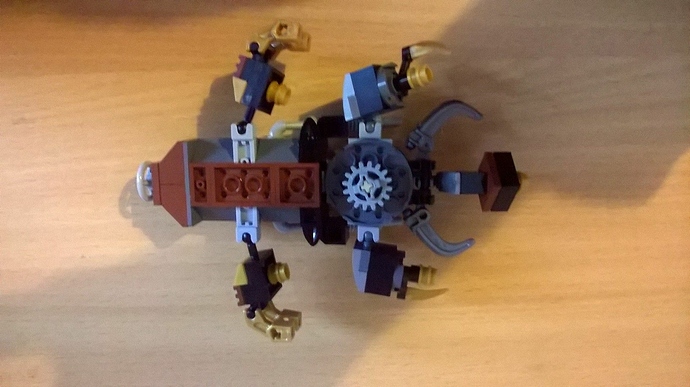 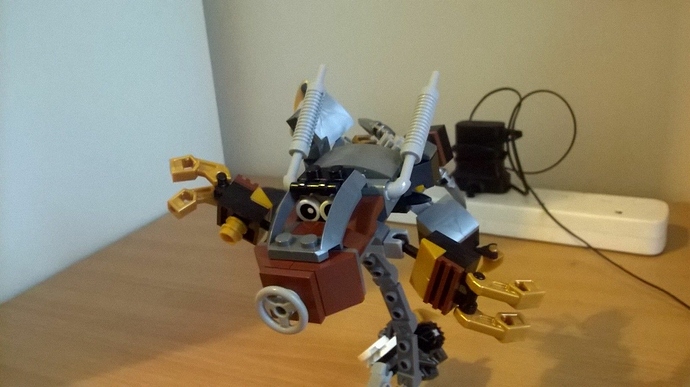 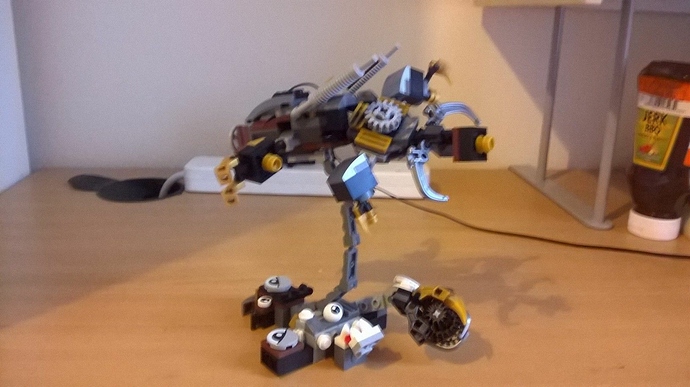 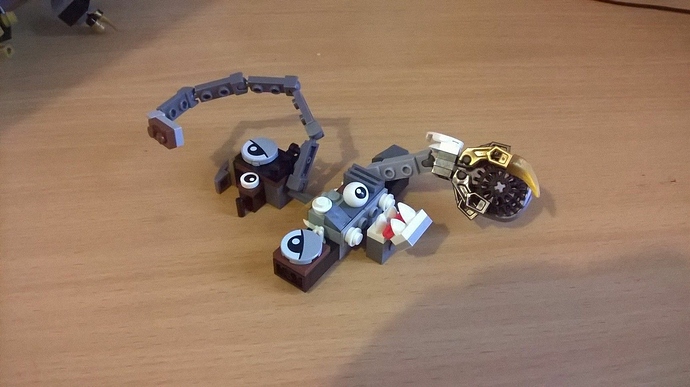 Well I do love steampunk

Just plopped a new tablescrap in.