As many of you know, a recent tragedy took place where a child snuck into a gorilla pen at the Cincinnati zoo. Unfortunately that gorilla, who’s name was Harambe, had to be killed in order to save the child.

But what you probably don’t know is that Harambe’s body was donated to the US Military. And he was re-animated using cybernetic technology and advanced AI systems. Fitted with back mounted weapons and given strength enhancing servos, Harambe has become the ultimate jungle assault weapon. As dangerous factions rise to power in the jungles of Africa and around the world, US Special Forces has a new powerhouse to bring peace and stability to those regions.

Sure, this kind of thing failed miserably with Robo-Cop. But it’ll probably work with a gorilla, right? 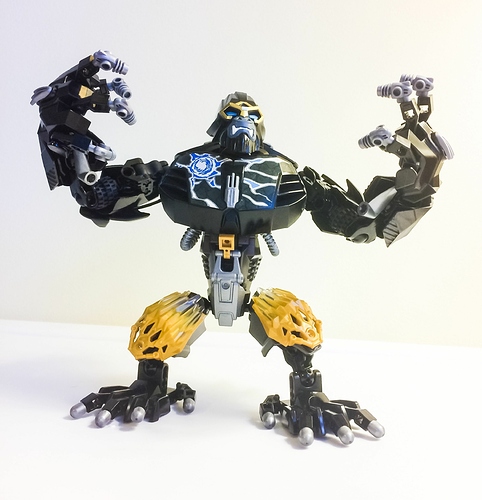 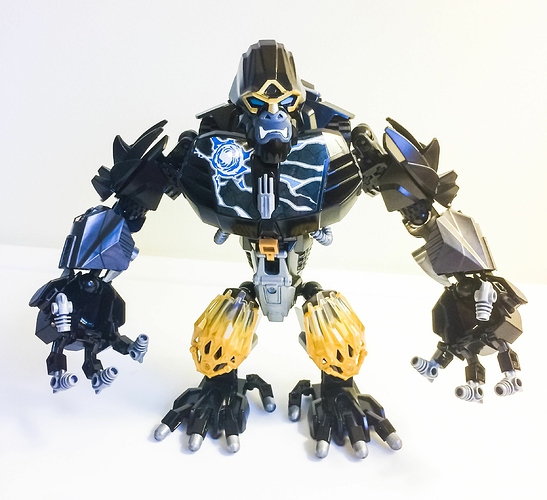 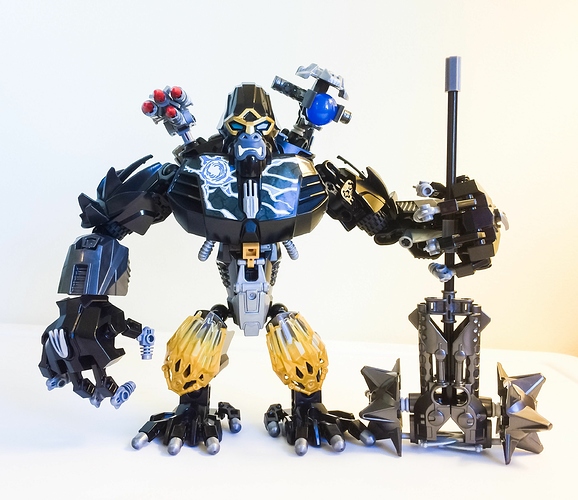 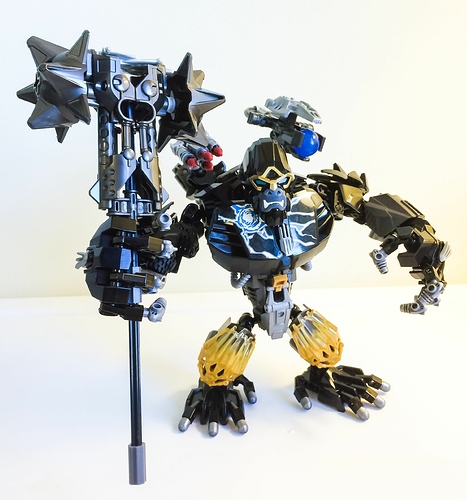 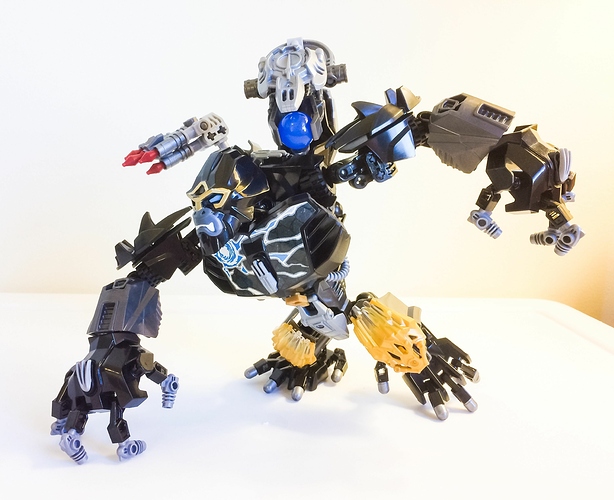 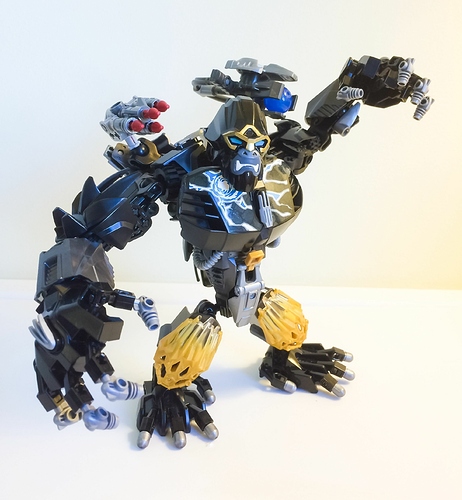 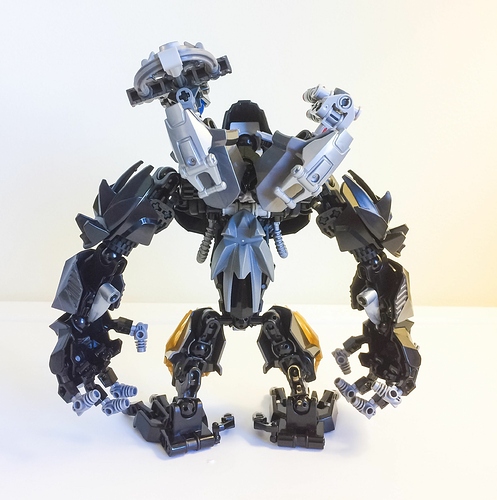 This actually might be the best moc inspiration I’ve ever seen
In other news… Love it! It looks really solid, and the weapons are pretty sweet as well

I honestly didn’t expect it to be this tasteful considering the concept. It’s very gorilla-like, and really does look like a cyber-gorilla with a sad history. Plus, it’s a solid build, and you can tell that there was a lot of effort and thought that went into it. Good job, mate.

that story though xD

everything I could say has already been said by others so ill just say nice moc.

Impressive, I love the look of the torso and arms as well his overall appearance.

This is overall awesome, except… 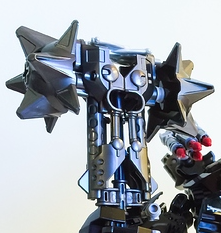 Wake me up inside

Awesome.
The feet are superb.

Do you see a face in there too? I chuckled at that, but I didn’t know if anyone else would notice it lol.

Wow. That backstory is brilliant.

The moc itself is quite good; it really makes maximum usage of those otherwise relatively basic CCBS parts. Honestly, the only things that I don’t particularly like here are those golden crystal armor addons. They don’t really mesh with any of the other textures on the moc.

Anyway, this MoC is awesome both in concept and execution. My only recommendation would be to remove those axle bushings on the hammer, bringing the heads closer together.

Totally wish I could do that to the hammer! Unfortunately I don’t have the exact right sized axle to be able to do that. I need one that is 1 size smaller. Oh well.

Reminds me of Winston from Overwatch

Nice way of honoring that gorilla. It really is tragic.

The gold on the thighs kinda sticks out (I would replace it with silver)
Overall, great MOC!

oh dang he’s out for vengeance.
This is a great MOC!

Might want to replace the gold on the thighs with silver ones(Maybe ones from Gali?) Although it may look bland if you do so.