Helryx (The First) Toa of Water 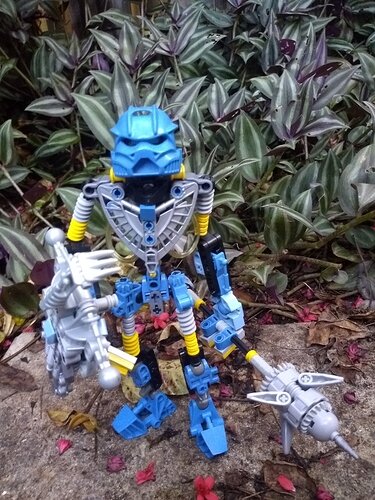 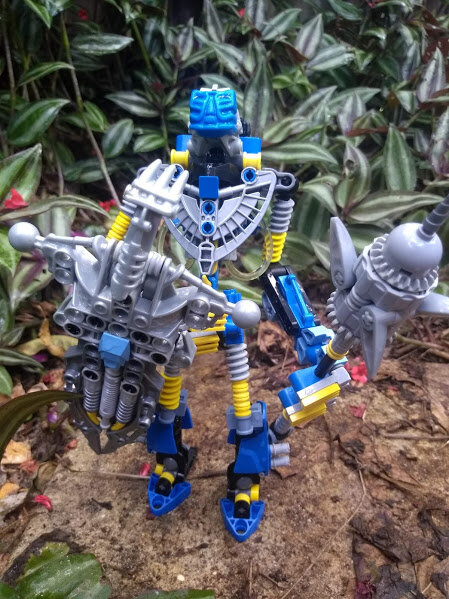 Helryx449×599 109 KB
First of all: I used Krana because my only other option was a Kaukau Nuva, which looked far too large on her.

With that out of the way: behold, Helryx, the first Toa and leader of the Order of Mata Nui.

Since her armor looked unfamiliar to Takanuva, I used a Mahri-toran breastplate, and tried to build her almost entirely in a way that looked different from the Toa Nuva, with the exceptions of her hands and head. I also added the pins extending from the legs, among other elements, to reflect her status as the Toa Mata’s prototype. 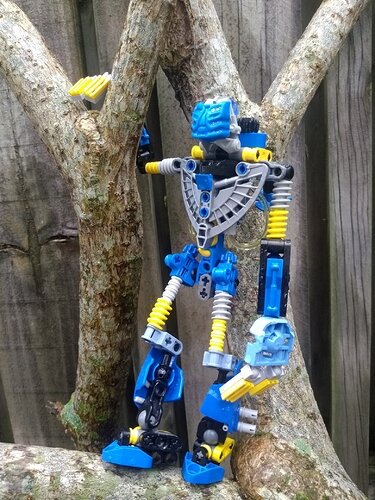 I tried to communicate battle-damage by making the worm-gear armor on her limbs look worn down in some places. I also used sand blue and light blue together, so that the former would look like a faded version of the latter, since she’s ancient. 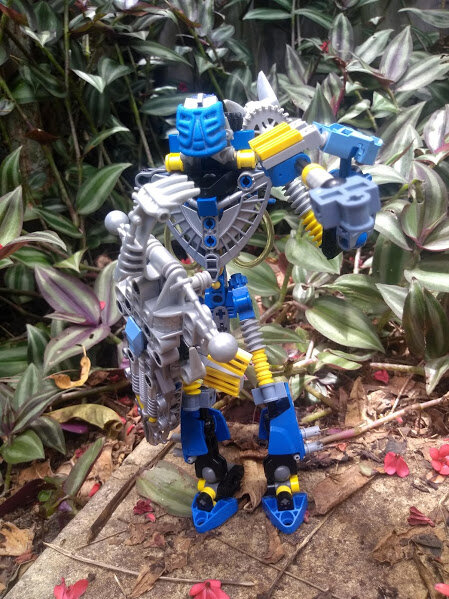 I decided to work some of her colors into her weapons, while still leaving them primarily silver/gray. 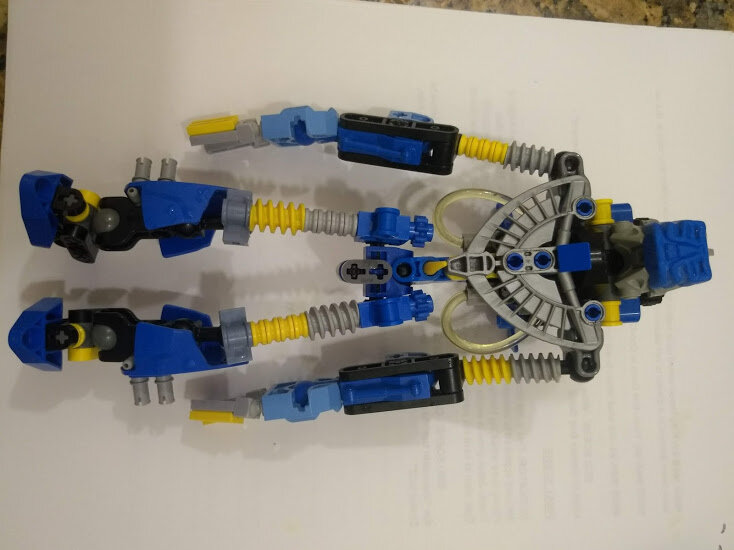 Here’s some irony: I selected the blue & yellow color scheme to pay homage to the Scuba Throwbot, but the use of the pieces from that set are purely coincidental, as it’s one of my only blue sets. 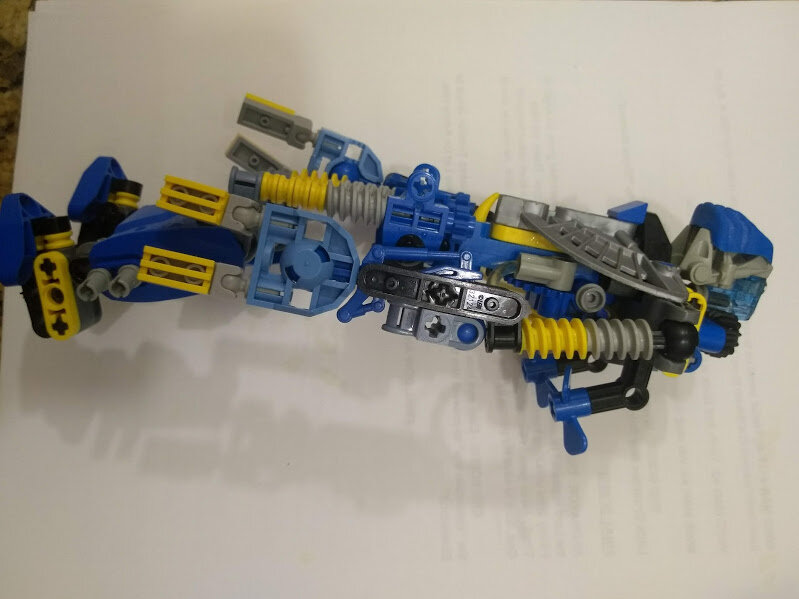 Here she is from the side. 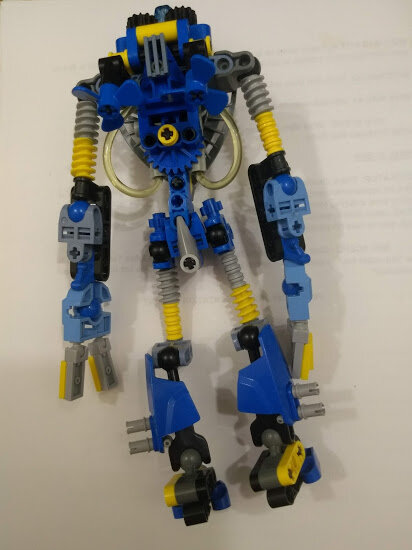 I decided to add propeller to the back, since most Toa of Water have transportation built into their bodies or weapons. Spekaing of which: 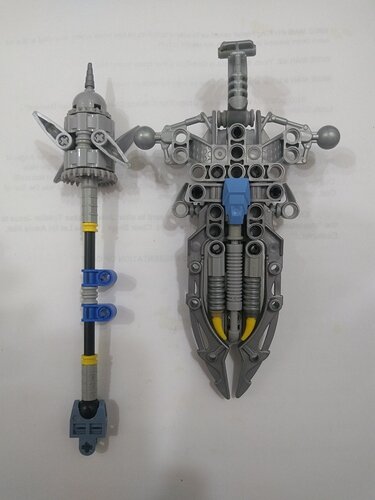 I added in he top spike since, historically, the largest spike o a morningstar came from the top. 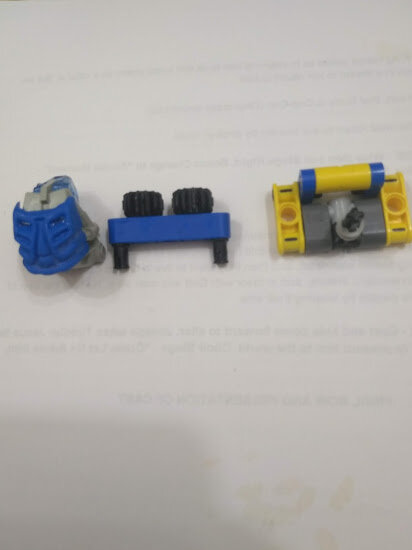 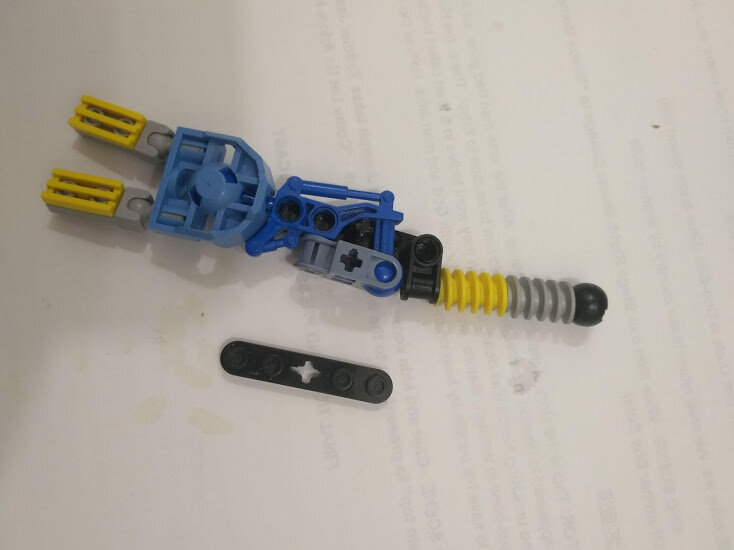 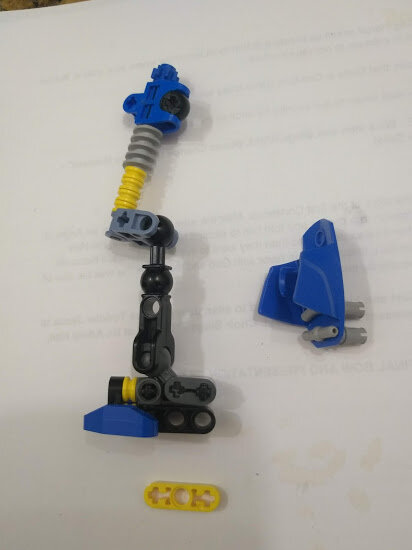 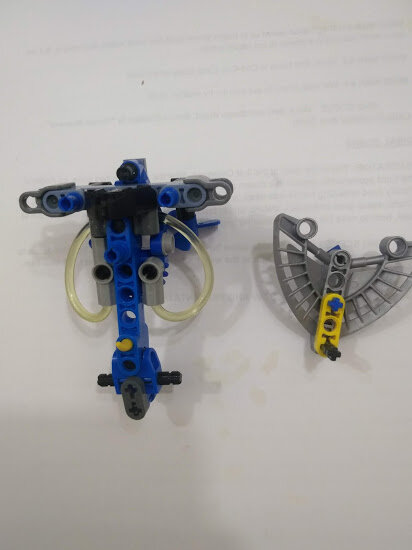 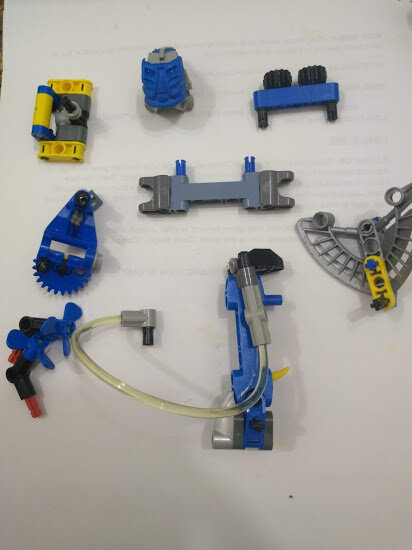 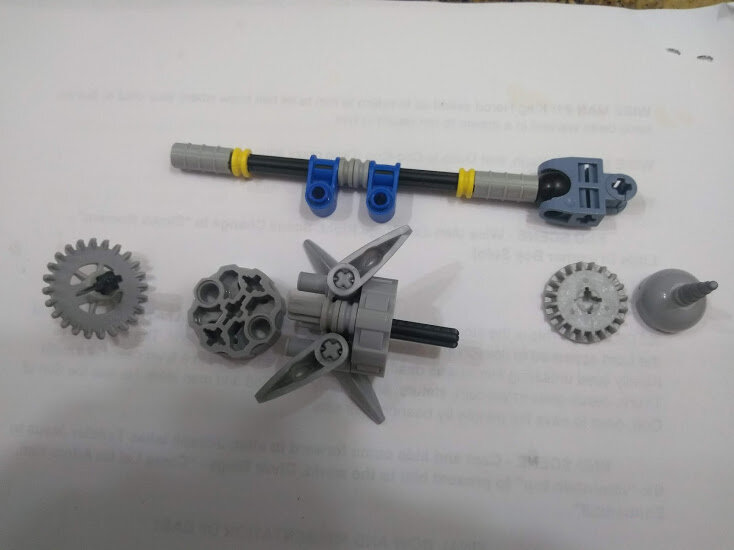 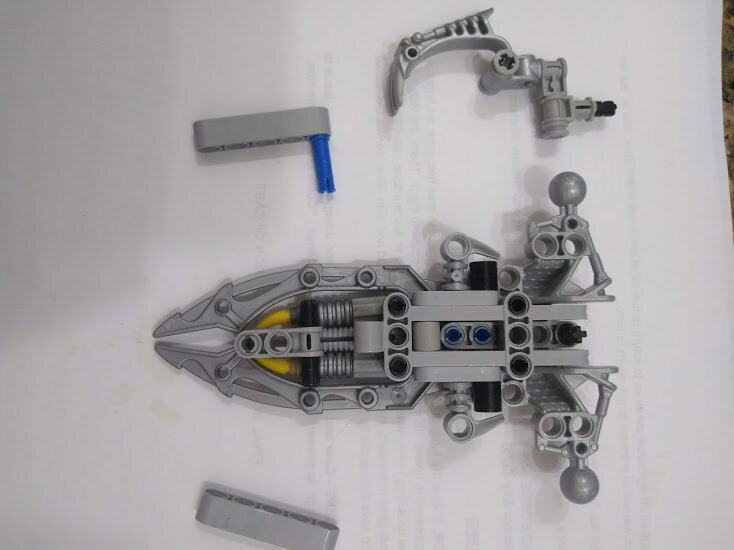 It’s time for the first. The first contest, on the first day on June, for the first Toa. Your quest, should you choose to accept it, is to create the Helryx, the first Toa created by the Great Beings. Her appearance has been described a few times, most notably by these two quotes: “She was not Makuta, but she was indescribably ancient and disturbingly frail in appearance. Her mask and armor were pitted and scarred from a thousand battles. She looked like a Toa, but her armor and mask design didn’t resemble anything Takanuva had ever seen before.” — Narrator, Swamp of Secrets “Iruini turned. Standing on the bow of the ship was a Toa of Water he did not recognize, carrying a spiked mace and a shield.” — Narrator, Dwellers in Darkness chapter 2 Based on this, your entry should: -Be b…

This gives me Tf prime soundwave vibes which is awesome.

Unintentional, but thanks!
(I’ve still got to watch Prime)

I like the fibre optic cables, as well as the contrasting colour scheme. Those hands are clever, might copy those

Feel free! I just wanted to use those hands while avoiding having her holding the mace Krakua-style (I always thought that that looked kind of dumb.)

there’s something rather charming about it.

While the toa herself and the mace are both good, the open ball joints on the shield looks a little off.

It was that, or cover them with small CCBS plates, which just called more attention to that area.

@Eljay/@Mesonak, I just did a minor improvement to my entry by rebuilding the lower legs. Can I add the picture to this post, or should I wait 'till tomorrow to avoid confusion, since the update isn’t technically part of the contest entry?

You can add it whenever, however it can not replace any of the images you currently have and will not be reflected during the polls. It will mean nothing in terms of the contest.