These are the last two for a while. Any info. needed for story lines, plotholes, or anything else can be found in these topics.

These are also Yuedom’s, as a side note. 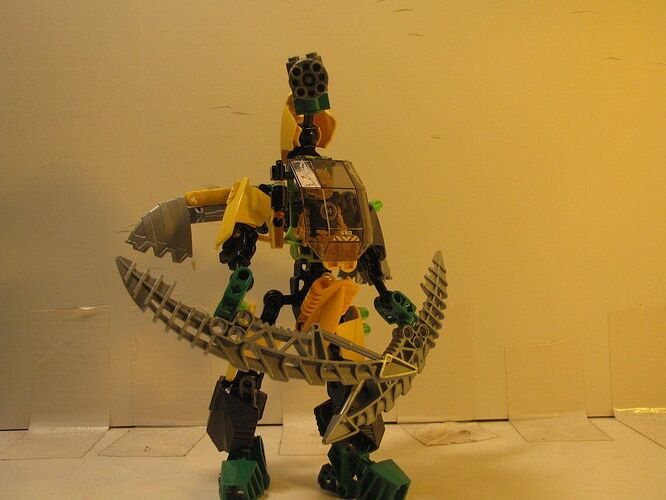 He was miniaturized. On the plus side, his Nuva tool ended up being a mech. It is typically called Evo’s Nuva machine. Evo also got the element of stone, and the core power of poison.

When Evo ended up getting captured as well, there were no heroes that could go to the rescue. Enter Zib. Zib put on a battle suit, and went in on the rescue mission. He got the heroes back, but was duncked in energized protodermis in the process. 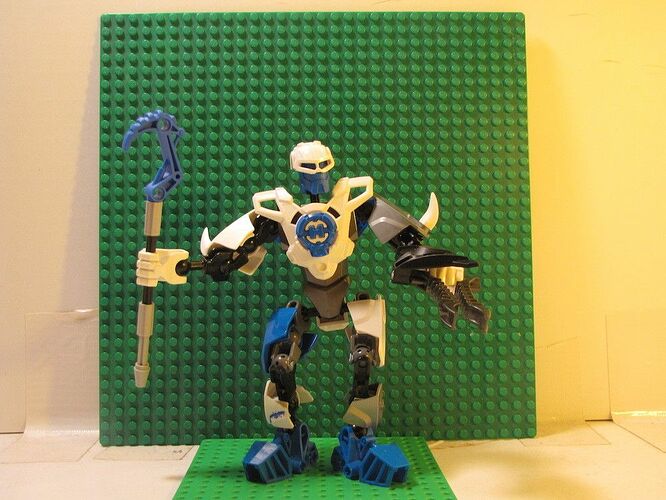 This gave him the element of electricity, the core power of weather control, and his new weapons, an electric crook, and a gun.

Tell us what you think.
-Emerald

Nice Mocs! I like Evo’s mutated and mangled look.

This led to him getting stuck in energized protodermis

He got the heroes back, but was duncked in energized protodermis in the process.

Energized Protodermis is pretty much the “mutagen ooze from tmnt” of the Bionicle universe. When you run out of ideas, just randomly plop some onto a character to mutate them! No hate though, Greg did that quite a few times, but it seems like an overused idea.

Ummmm… Yeah. They’re the Hero Nuva, and the Nuva became Nuva because of Energized Protodermis. Ye gots it?

Greg did that quite a few times

Are you saying that it might have gone something like this?
“I’m getting board. Let’s drown Veyzon in energized protodermis.”