Hivea is the queen of Insectopia which is a small colony of Insects, she was INSPIRED by shadowgear’s Vespa. and the head and feeties are from Vespa too, creds to Shads

the gold on Hivea is her Armour while the rest is her normal Bee self, like a bee i gave her 6 limbs but i discarded the fluff that queen bees have. 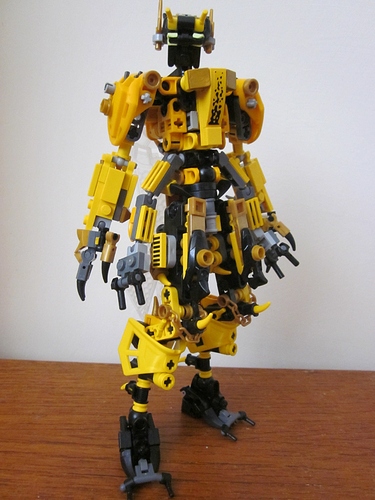 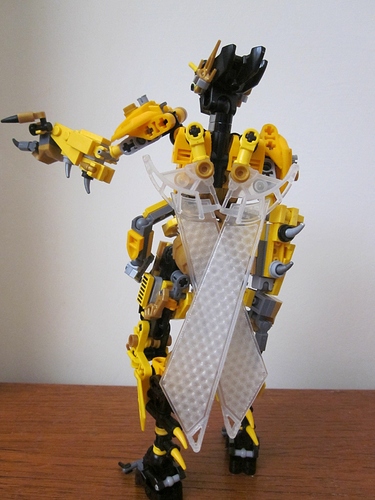 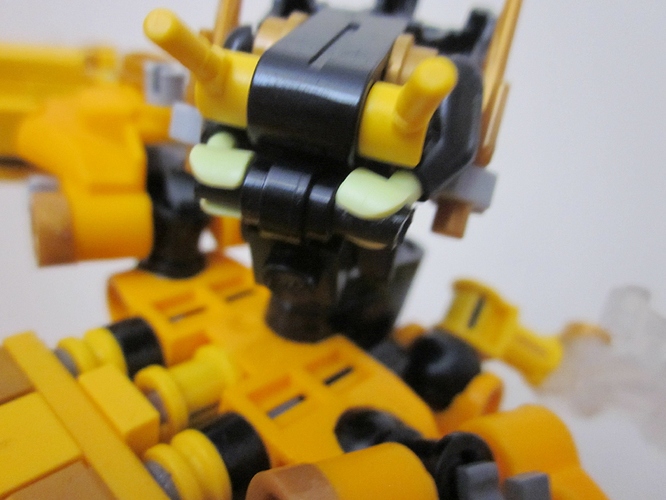 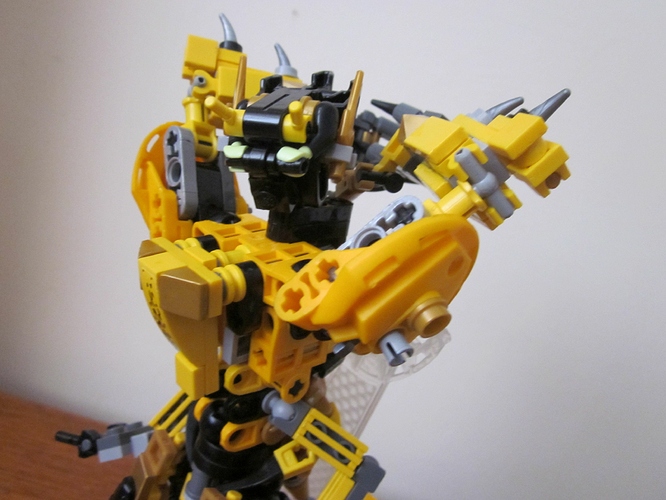 This is super cool.

She’s giving off a bit of a Gorast give. Great job

Legs need to be a little thicker, other than that this is cool. Also, we do not need to know the affiliation of the moc

, as it’s normally not important to judging the moc.

I really have no other words on how awesome this is.

this Reminds me of a robot master

The lower arms look a little odd, but everything else about this MOC is solid!

Why should this impact ones viewpoint on a piece of plastic
I mean
I don’t think there are people on the boards that bigoted, but I could be proven wrong

anyhow, Moc itself is fine, the head is placed back way too far, and the MOC itself is slightly overly greebled

I think there’s way too much stuff going on at once. I have to squint to make out some parts of the moc.

I don’t see what her being a lesbian has to do with anything, especially since you didn’t include a backstory, but cool moc I guess.

no hate or harsh comments please

You’re basically saying no criticism then?

no im not saying that before i put that little tag line people put hate and harsh comment, if i didnt want criticism i would have put no criticism, do read carefully next time

A few stud-sized pieces and a couple chains are her armor?

I’ll just ignore the fact that this would doom a hive to extinction and discard it as the pointless trivia that it is.

As for the MOC itself, well…it’s a bit of a mess, honestly.

There doesn’t seem to be any unified style or even that distinct of a shape.

It all just feels kinda…random, between the flat surfaces, textured technic, and open studs.

Even insects have something of a solid exoskeleton.

Points for trying though. Though the final product feels lacking, there’s definite effort behind it.

no im not saying that before i put that little tag line people put hate and harsh comment, if i didnt want criticism i would have put no criticism, do read carefully next time

But who are you to decide when a criticism is hate-filled or too harsh?

Even harsh criticisms are capable of being constructive, even if they go to extreme measures to get their points across.

the last time i got really bad criticism i had to flag an entire post i made cause of how i created my GF selfmoc and i dont want the same thing to happen now, now if you dont mind please change your reply

now if you dont mind please change your reply

What’s wrong with my reply?

That’s a valid question to bring up.