Hopu resides in a small camp (made by himself) atop the highest point on the Kumu Islets of Mata Nui. After the many failed attempts of colonisation, the matoran had since abandoned the Isles as it was too dangerous. Hopu was part of this expedition to colonise. However, on the trip back to the boats, he fell into a deep chasm. The other matoran - after numerous attempts with a rope - decided to leave him. Hopu’s death, among with many others, was honoured at a service back on the main island.

Little did the Matoran know that Hopu was very much alive and kicking. He had fallen into a small pool of antidermis and mutated into a sort of toa-like goblin. He had lost the ability to speak, as well as a deformed hand. After crawling out of the pool, he fled to the mountains. Using his newfound strength and claws, he scaled the mountain until he reached the top. This is where he would have to survive. Over the years, he created a hook for his hand and a mechanical bow, with an antidermis arrow. He does not follow the makuta, nor does he fight against it. Hopu has no intention of returning to the island of Mata Nui, as all his matoran memories feel like a dream, not reality. 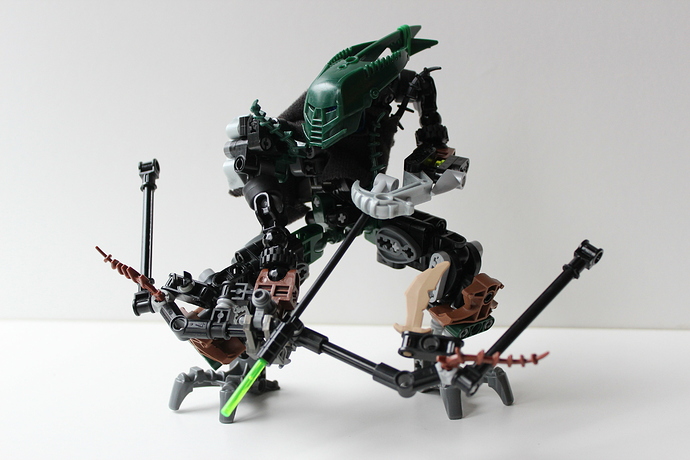 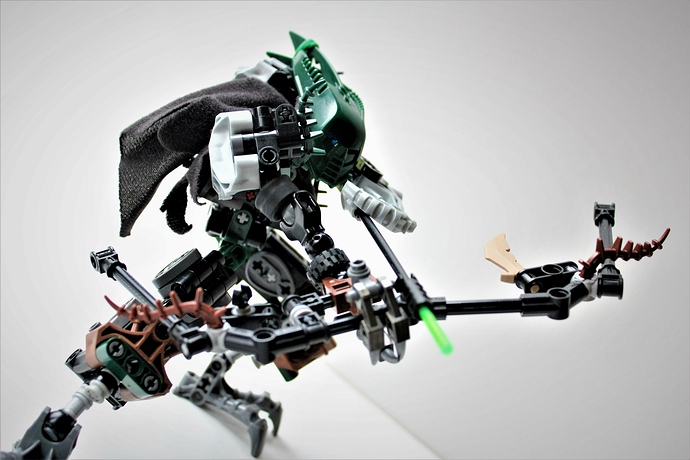 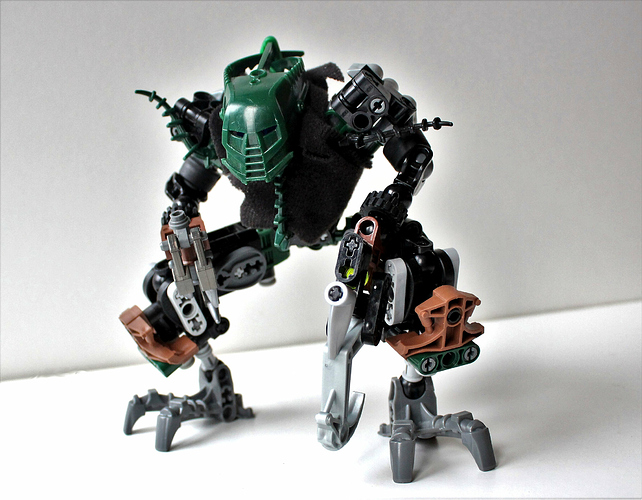 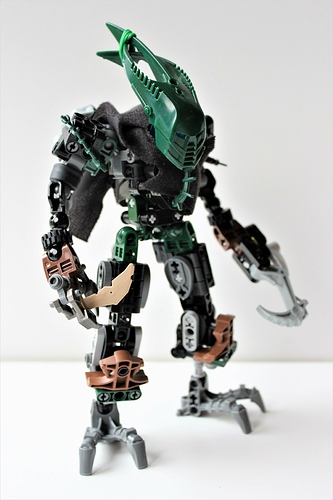 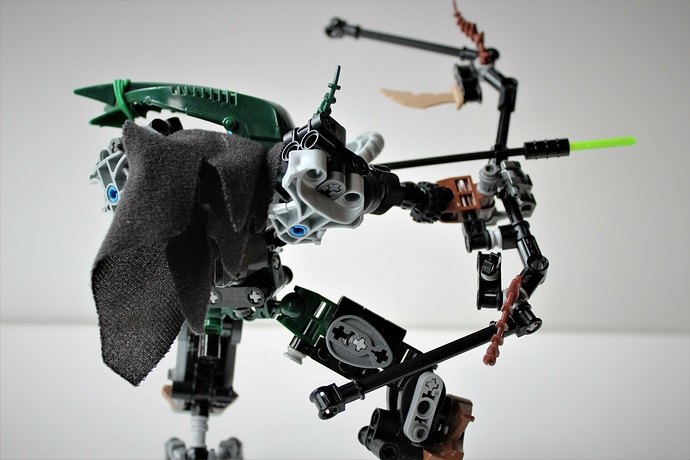 It’s sort of ironic with this one, because I was really proud of the torso build and then I decided to cover up the whole thing with a cape…

Hope you like this dude, thought I’d make his name a bit more forum friendly this time, rather than Lovely dude.

Lot of really unique and cool ideas going on here, and i really appreciate the fantastic photography. Great moc my dude

it’s a convenient place to store

it’s a convenient place to store it! I was gonna put it on his thigh, but I wanted to spice it up a bit

The design of the bow is pretty interesting. Nice job

The model itself is really good and creative, with an interesting build and a unique appearance. But somehow the modified Tarduk mask is a bit distracting I think, and I would have preferred a non modified one.

Love the use of the Tarduk mask. Quite the unique MOC.

Pretty good, I like how limber and fierce the overall sillhouette of him is. Also, nice use of the Tarduk helmet.

thanks a lot dudes, i’m really happy you like him