How would you improve old Bionicle sets (G1)?

As a Bionicle fan, I loved many of the old sets. However, there were some things that I wish they did better.

One of the things IMO, are the Metru Nui Matoran builds. The problem they had for me was that they had no back.

But that’s just one. Let’s talk about how we would’ve improved the old Bionicle sets…

If they were more complex they wouldn’t have originally sold well imo as a new theme targeted towards children.

Definitly add something to make the inika/mahri/ piraka torsos a bit more interesting to look at. Whether that’s adding some parts to it or a custom torso those sets needed something.

Also becuase I’m sure someone will say it eventually; make 2007+ ball sockets way less cheap. I’m sure I’m not the only one who has a seperate bag of all broken parts most of which being 2007+ sockets.

I don’t know… Those are just some of the worst Bionicle sets, which could have been improved.

Still you have to consider the time they came out too.

That may be, but they are some of the worst sets, that is for sure 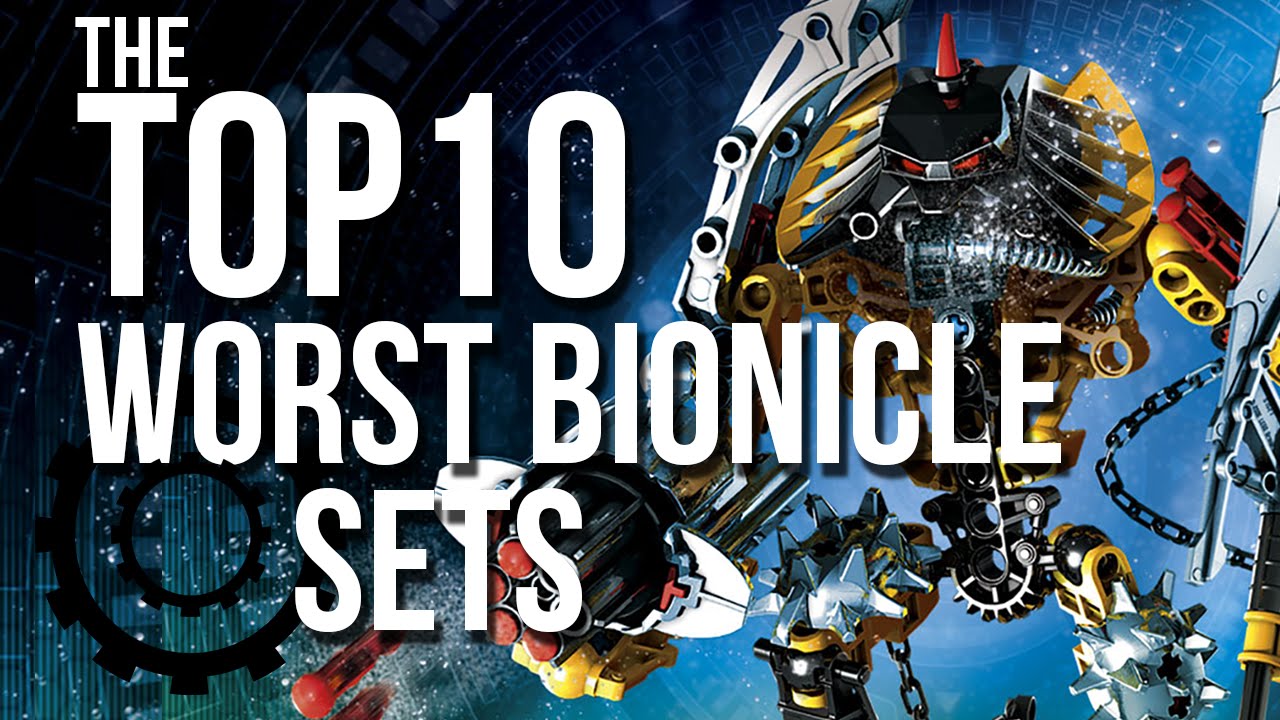 Av-matoran would be ao good if they would just have some articulation, and maybe the Toa Mata and the 2002 Toa Nuva could have some more as well…

And a cool pair of sunglasses wouldn’t be bad either

I would have used more variable designs for the Toa each year, similar to their variance in shape and size from G2. This was something the later villains for each year usually did very well, the Baraki and Makuta especially.

Maintained gear functions in later sets. Imagine if we had something like the G2 gear-box in G1? That would have been amazing!

Keep the aesthetics more tribal. Don’t get me wrong, Bionicle really grew into its own with the more sci-fi designs later on, but if the relative popularity of the Golden Years and the Bara Magna saga are anything to go by, it’s that bright colors and elemental designs work very well.

Change the shade of white on all of the Piraka, especially Thok.

I think we, as MOCists, can all agree that Thok would have been a better parts pack if he was in just a regular white. Sure I get that his light grayish white is made to contrast from the regular white teeth and possibly being an attempt at evolving the white characters, seeing as they all have been the same regular white since 2001. Also it is worth pointing out that Thok looks REALLY good with that different white, but the fact that he was the only Bionicle set to have that color (save for minifig Thok) just makes his pieces hard to use for MOCing. The same also applies to Avak in a way, I wouldn´t mind seeing more pieces in that darker brown, it just looks so good, but hard to use aswell.

So in conclusion I would have wanted the piraka skull piece to be colored in light grayish white, and Thok in regular white.

I’d give Solek (maybe Tanma and Photok too, but at least Solek) White and light grey instead of white and dark grey. It still wouldn’t have been a particularly flashy colour scheme, but it would’ve given us more light grey body pieces, which were fairly uncommon, and would harken back to 01 Kopaka’s colors, which Solek supposedly based his own colours on.

Give Sarda and Idris Metru feet, the Inika feet are way too big for them.

Either give Sidorak a gear function or friction on his shoulder.

Make one of the Hordika legs different, to further convey asymmetricality.

Av-matoran would be ao good if they would just have some articulation, and maybe the Toa Mata and the 2002 Toa Nuva could have some more as well…

How would you go about doing that from a technical standpoint?

I love heartlights (and use them a lot on my own MOCs) but when did we ever see them in G1 canon?

Got any specific examples?

I would have used more variable designs for the Toa each year, similar to their variance in shape and size from G2. This was something the later villains for each year usually did very well, the Baraki and Makuta especially.

Oooh, I like that idea a lot. But didn’t sets like Pohatu Phantoka and Matoro Mahri try to do this?

I’m not sure how well that would have worked with 06’s dark grungy style, 07’s techy underwater theme and 08’s sleek flight-based aesthetics.

Great insight. I had never thought about that before.

I’d give Solek (maybe Tanma and Photok too, but at least Solek) White and light grey instead of white and dark grey.

If you did that, then you’d have to change all of the Phatoka Toa’s secondary colors light grey as well (which wouldn’t contrast very well with Lewa’s lime and Pohatu’s orange).

But Goruz knows otherwise!
######(I’m probably really dating myself with this reference =P )

Make one of the Hordika legs different, to further convey asymmetricality.

I would also add some sort of blocking function to the rhotuka disks. They keep falling so easily and it’s sooo annoying.

Also the Piraka Zamor lunchers could use this as well.