Ignighton aka Ignik "The Spark of Life"

The story of this MOC reaches as far back as the year of 2014, when the idea of having a self-MOC was especially popular and I was just freshly introduced to the MOCist community on flickr by a friend, so after seeing many amazing creations there, I naturally wanted to build one for myself, but I wasn’t really keen on using G1 parts and disassembling my sets for that purpose in the process, simply in fear of potentially breaking some of them and being left with damaged/incomplete figures, so I turned to more durable CCBS pieces, although unfortunately their selection in my collection was very limited at the time and that fact has been reflected in all of the model’s iterations, beginning from a simple HF character up to the most recent one you’re about to see below, in the design aspects such as, most notably, the color scheme, which happens to primarily consist of my three favorite colors, and the original helmet choice. 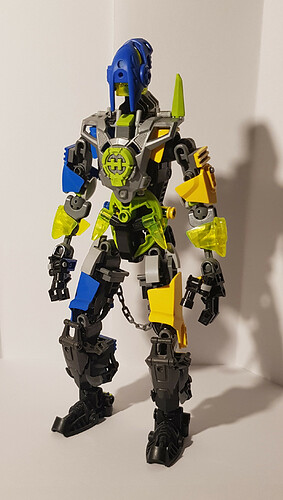 Some design notes and inspirations: 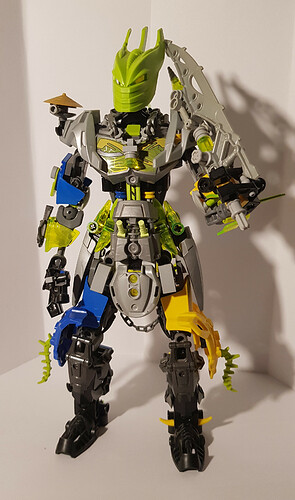 Some design notes and inspirations:

I really like that it can change between modes.

Those photos are way too small. Sizing it up to 640x480 is usually good for MOC topics.

From what I can see, The dual coloration is a cool design. The design seems cluttered (especially in the G2 inspiration) but it’s hard to dissect that currently.

I’m no exactly sure what you mean, from my perspective they are all pretty big, both on desktop and mobile. I’ve changed their size settings back to 100%, not sure if that previously had any impact on your ability to click and enlarge or open them in a new tab to see their original size.

’ve changed their size settings back to 100%

That seemed to help.

Assuming that the Spark of Life variant is the primary version of him… yeah, he does seem a bit busy, but he’s got some cool design elements, like the chain necklace and the blades in his waist. The colors do seem a bit inconsistent - you’ve got the blue and yellow dichotomy, which seems concentrated on the knees, you’ve got the silver that takes up most of him, but you’ve also got the lime and the trans green both serving as armor, as well as the gunmetal on the shins and black on the legs and arms (which is jarring on the arms, less so on the legs thanks to the gunmetal.)

I do think some simplification would benefit him. I’d take at least two colors out - the trans green and the black hand pieces as first priority - and try to declutter his waist.