We all know that 2006 was one of the best years of Bionicle, and because of this I feel like we need to commemorate this epic year into a club. Which all fans can come together and discuss story, post short fanfics, mocs, share who you think is the best character, and even anything 2006 related. To start out we need to have a good name and emblem, here's my idea,

but if anyone can come up with a better name then go for it, oh and may good-guy be with you. 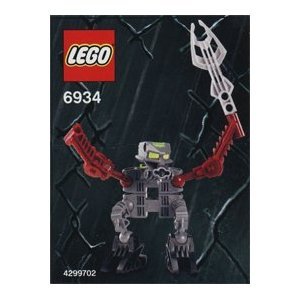 I'm all for this. 2006 was pretty sweet, even if it did introduce the Inika build (which people unfairly criticize), it brought new pieces, new building possibilities, and overall more flexibility.

Plus, 2006 returned from the sci-fi city and went into a kind of a more tribal (or perhaps myth) feeling again to BIONICLE, which was one of the main things I like about BIONICLE.

2006 was the year where I really, really got into the story, and still probably my favorite out of the years of Bionicle that were running concurrently to my activity in the theme (in other words, I won't count 2001 since it was before I knew anything about Bionicle).

2006 was the year I "accidentally" got my first BIONICLE set, so there's that

I "accidentally" got my first BIONICLE set

2006 was the year got into Bionicle. With Thok being my first set, and a McDonalds Matoro toy being my ticket to the website and story.

My favourite year for Bionicle, cause the Piraka looked sick and had the most unique character dynamics that stuck with me (Eljay can eat my shorts). The Inika were the most epic looking Toa of all in my opinion.

I loved 2006.
We finally got back in the present after 2004-2005 (which were pretty cool years as well),and now we had a fresh & new team of Toa.
Also,what i loved about the Piraka is that they weren't just a generic robot army or big Rahi,no,these guys were all having different personalities and were arguably the first true vilains that we ever got.
We were also introduced to a new location,with new characters.
The sets were awesome.
The story was awesome,the tension was pretty good with Mata Nui dying and the Toa hurrying to get the Mask of Life in order to save his life.

Oh heck yea this looks like a cool topic.
'06 was the year I got back into Bionicle, after I had lost interest during 04-05. Because I was like 7 and transformers seemed so much cooler at the time.
I played VNOG, very fun time waster back in the day and when I replayed it a while back. '06 also had some of the best sets IMO. Introduced the Inika build before it got old.

Oh yeah I also loved that we got diverse matoran and titians and how each character was unique enough that you just had to collect them all. But of course that Vezon, he is so awesome as a set and in the story!

This year introduced so many more masks like the Olmak for one and the toa were so unique,

Ah, Vezon and Fennrak. I think that was my only titan set, besides 2008 Takanuva (although me and ToaKylerak shared that one).

Chronicler remember that one leg that always gave us trouble when we wanted to pose or play with it?

Hated it. I think Eljay mentioned in the recap review about the piece that constantly fell out. That always made me upset!

What piece was that?

Oh, the takanuva staff piece from 2003 that they put on one of Fennrak's hind legs.

Ah, that piece. I just remembered that when I built Vezon & Fenrahk again.

2006 was the year that got me back into BIONICLE after my 2005 step away from BIONICLE too do other things.

and as you could imagine this commercial brew my mind when I was 3.

and than after BIONICLE had ended I was in what felt like a dream. I guess you could say Puts on Sun Glasses I was Caught up in a Dream.

and when TTV anounced the first bionicle 2015 leak. ( also this is when I had the greatest fan-gasm I had ever had. )

So, I know this was formed as a 2006 fan club, but does it double as an Anti-Eljay club?