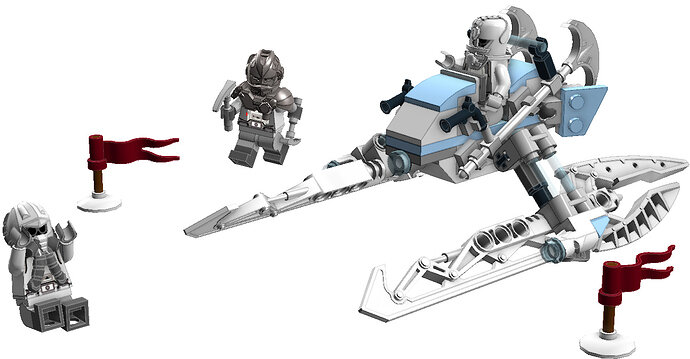 Hello guys! This is @ToaNoah_Wafflemeister back again with a new “work pack” concept! (que intro)

So in this scene, an Ihuan gets lost in the mountains, and the flags he’s placed are of no help. Mazeka arrives to the scene with his co-worker to save the poor fellow, riding on the quick Ihuan snowmobile. Using the blasters to scare off dangerous Rahi and the boosters to climb any icy terrain, this snowmobile is suited for all situations. 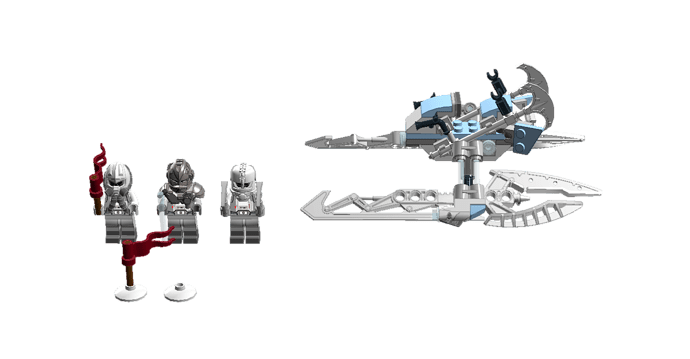 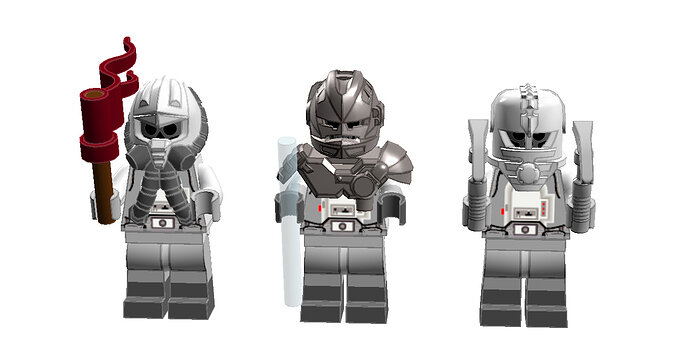 Here are the three minifigures, two unnamed Matoran + Mazeka. The accesories include two picks, two flags, and a piece of ice re-purposed as a hiking stick. Still super basic, as I have no editing program to give them anything cooler. 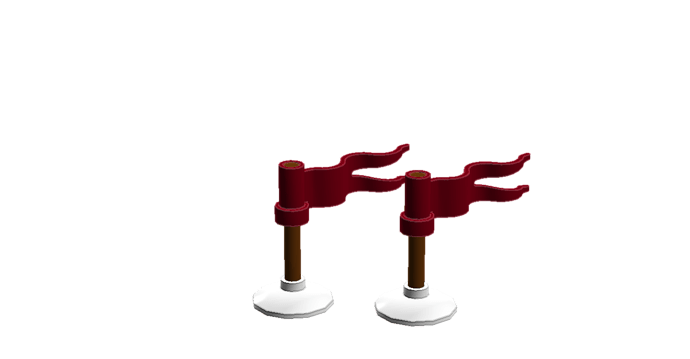 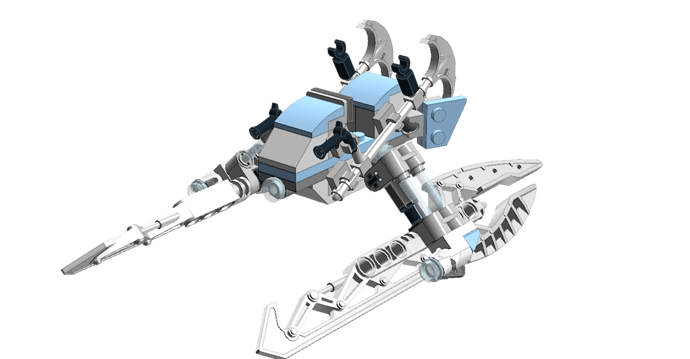 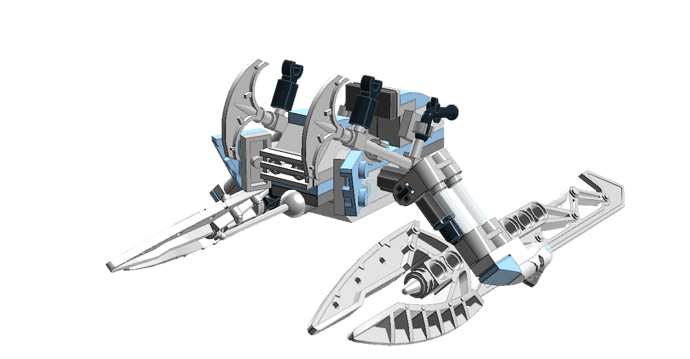 Here is the snowmobile, with some reused Bionicle pieces and such. I didn’t want the vehicle to be too bland, so I added “pastel blue” to the scheme, even though I’m pretty sure that’s a retired color. I guess I just threw on the shooter for a function and gave it a purpose. When I say “shooter” or “blaster”, I am not referring to the flintlock pistols on the front, I incorporated those mainly for design. I am talking about the stud shooters on the skis of the snowmobile.

That’s my set, Ihuan Search Party. Another vehicle set, except this one has so much more detail and cool complexity my other two packs are a bit lacking in. The set has 105 pieces, and, yet again, would go for $10. Feedback is much appreciated!

I freaking love this snowmobile! Is there a sparkling eyes emoji, because that’s me right now!

I think that you could probably replace those blasters with stud shooters, those would fit better with the set and provide extra play functions. The old BIONICLE pieces are used really well, the use of the lightsaber blades, axes, and the Mixel panels are spectacular, and the vehicle itself has an amazing shape to it. Mazeka’s ice staff is a nice touch too.

When I said “blasters” I was referring to the actual stud shooters on the skis. Thanks so much for the comment!

How did I miss those? Eh, add more! Quadruple firepower!

Not muuuch of a fan of the minis, but that is an awesome sled, I like the axe features and the blasters, the reuse of the Kopaka skis is a very nice and fitting touch, the colours are a little subtle but nice.

I like this, it reminds me of the Lego Star Wars battle packs