Well americans are the majority on this site, so they might not be the most active on the entire internet though on this site its the largest procentage by its members I would believe.

Heck, American’s don’t make up the largest percentage of internet users globally, since the current nation with the most users of internet per person are Israeli’s. A lot of us American’s are on it but obviously not just us.

That’s kinda what I was refering to yeah

I technically never introduced myself on this topic when I joined the site.
Hi everybody!

Welp. I finally made it. It only took me what? 4 years? i don’t remember when the LMB’s went down. But I am one of the many refugees from that. I Enjoy any sort of discussion and i also enjoy RP. I was a father of the Bio G3 Project on the LMB’s so if anyone from that is still here, hit me up! If you want more info, just go to my BS01 page.

Good to see you here! A bunch of us from the project are still kicking around on here, though I’m probably the most active.

Wow i didn’t expect to find any LMB’rs here to be honest. I expected them to have moved on.

those were the days., I used to be on LMB so long ago, I almost didn’t recognize LMB because of that. I think it’s been 2010 for me personally, though I think it might be a bit longer. (This of course is assuming LMB is the Lego Message Boards)

Yep. Thats it. I was there till the end.

That was way before I fully understood what a message board was.

Yeah it took me 2 years before i actually posted. I was there for 5 days before the rebuild.

I breath and exist.
I have no idea how I found this place I think I just stumbled upon it.

Hi, it be me.
I like bonkles and got my first in 2009. (rest in pieces Melum & Tarduk).
Looking forward to having some fun here

Welcome! look forward to seeing you around, if I could make a suggestion, I would give this a shot.

Is there anything I need catching up on?

Hello everybody, this is Maniac4Bricks! I’ve been a Lego fan for as long as I can remember, also known as 1995.

I started with Bionicle in 2001, not sure if I had any Mctoran before any Toa, but my first Toa was Tahu and my older brother got Kopaka. While we did get the rest of each wave eventually, we always started each 6-figure Bionicle wave buying the red and white ones first. I kept up with Bionicle through the comics and sets and movies, I owned the books but hadn’t read them that much in tandem. In 2008 I got out of Bionicle because back then I thought the story was carrying on too long and needs to conclude soon. (ironic because this was the year it started wrapping up.) Before it was cancelled the last figure I got was Skrall, Glatorian version. I tried to embrace Hero Factory, but stopped after Savage Planet. I got into G2 and shortly after it ended completed collecting every retail set (still missing polybags and promos).

I have built Bionicle MOCs more as a kid than recently, currently about 4-5 MOCs in (if you count a System-built Bionicle mask wall a Bionicle MOC). I did bring my love of Bionicle with me onto YouTube reviewing waves of figures or independent figures, even going back to buy ones that I missed before and during my “dark ages” of Bionicle. I’m still shy learning about the Bionicle community, both in person at BFVA and online in forums like this.

I enjoy lots of system themes, as well as obscure Lego merchandise.l

Also in case you couldn’t tell I like to talk and when I get nervous I talk a little more and overthink more than I probably should. Whoops. But hi, nice to meet you! 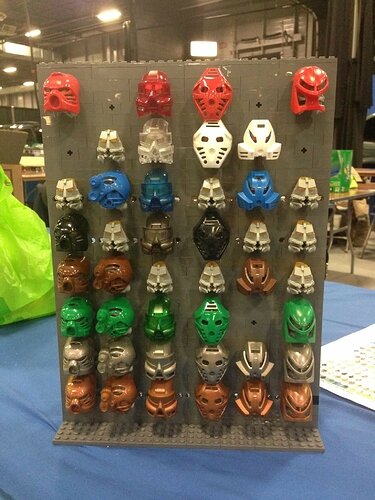 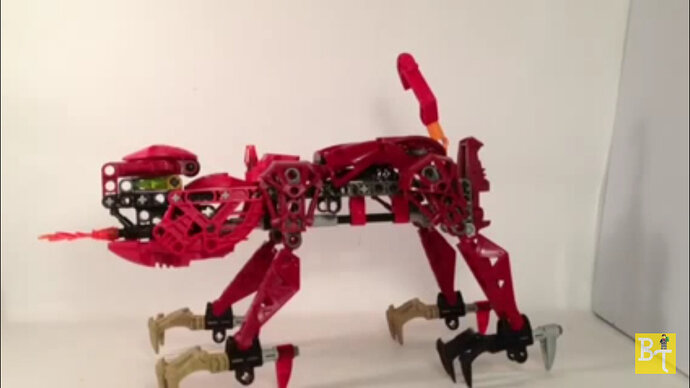 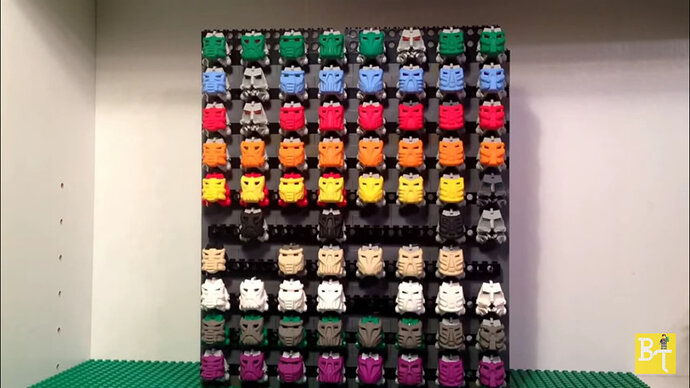 Hey howdy hey! Nice to meet you. Hope to see you around.

as well as obscure Lego merchandise

Also in case you couldn’t tell I like to talk and when I get nervous I talk a little more and overthink more than I probably should.

Eh. I have the same problem.

Welcome to the Boards!