Immediately before the sundering of the Matoran Universe, one Skrall rejected the ways of his people and was forcibly exiled. His name was Acker. 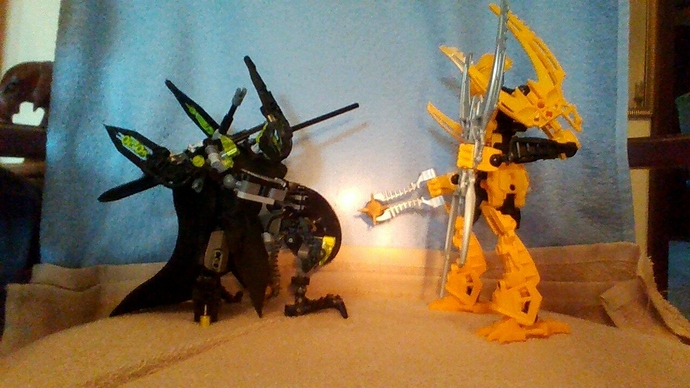 Unbeknownst to Tahu, Takanuva, Gresh, the Rahkshi, the Piraka, and the rest of the Skrall, he pledged his allegiance to Mata Nui and the cause of righteousness. Mata Nui sent him through time and space for a chance to redeem himself. He sent him to a hitherto unheard of island named Toakoma. This island had never heard of Mata-Nui or Makuta, but instead was ruled by a dark lord named Zaoxhal,
who had vanquished the island’s creator. This dark force’s lieutenant was a fire demon named.Zag’sul. 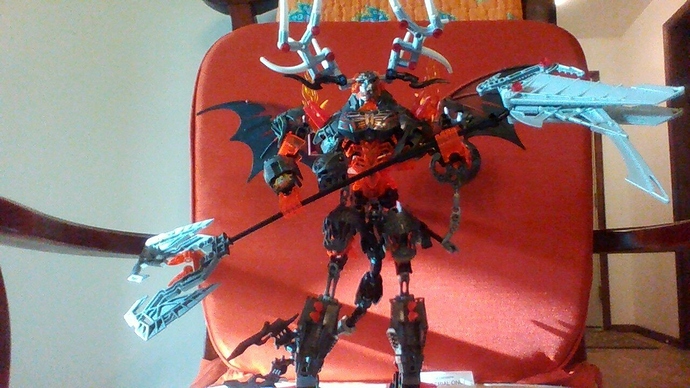 This island had been split many years ago into two factions. The proverbial “Good guys” aligned themselves with the elements of Ice, Earth, Water, Light, and Stone. The “Bad Guys” aligned themselves with Fire and Shadow. The practitioners of Jungle and Air have long since died out (with the exception of Tormyar, who is still alive, but hasn’t been seen in several centuries). The island’s good inhabitants live in constant fear of attacks from Shadow or Fire aligned villagers. Many centuries ago, in order to protect themselves. The Villagers created four elemental guardians: Tormyar, Tothvyrd (who was slain by Zag’sul in the Battle of the Western Plateau), Zakum, and Abraih. Zakum and Abraih are currently the only Guardians who still watch over the villagers. 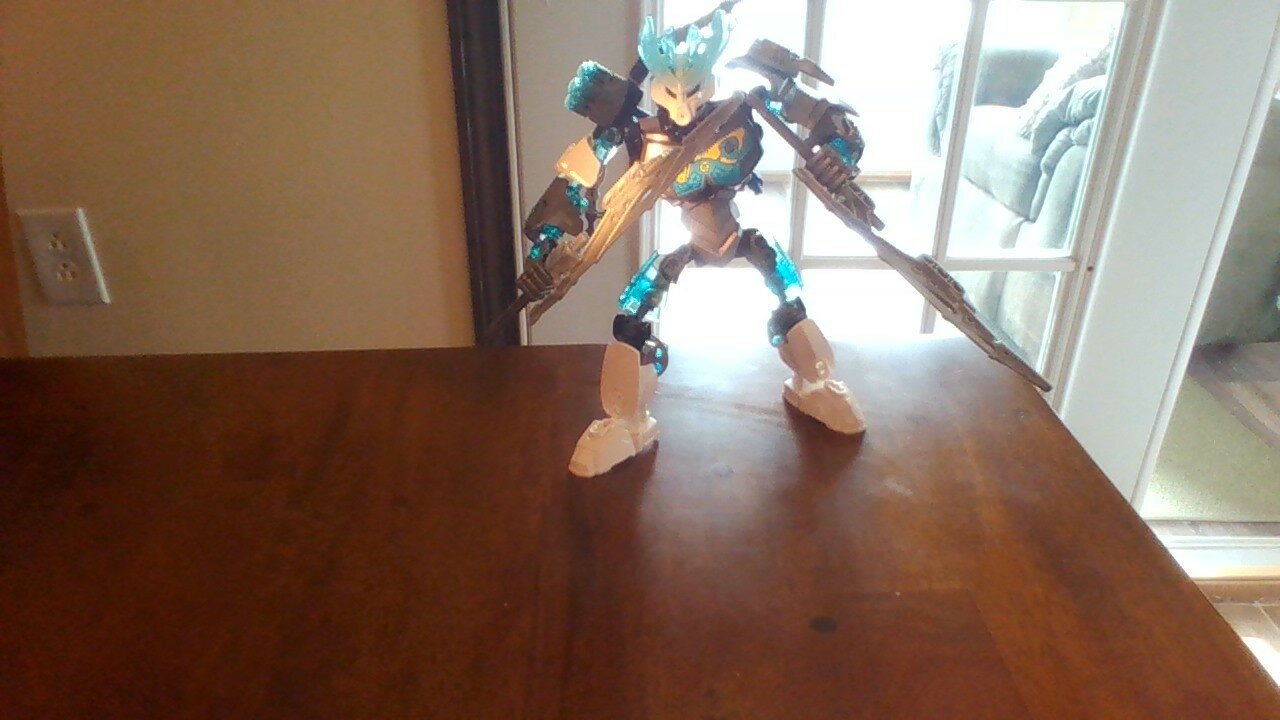 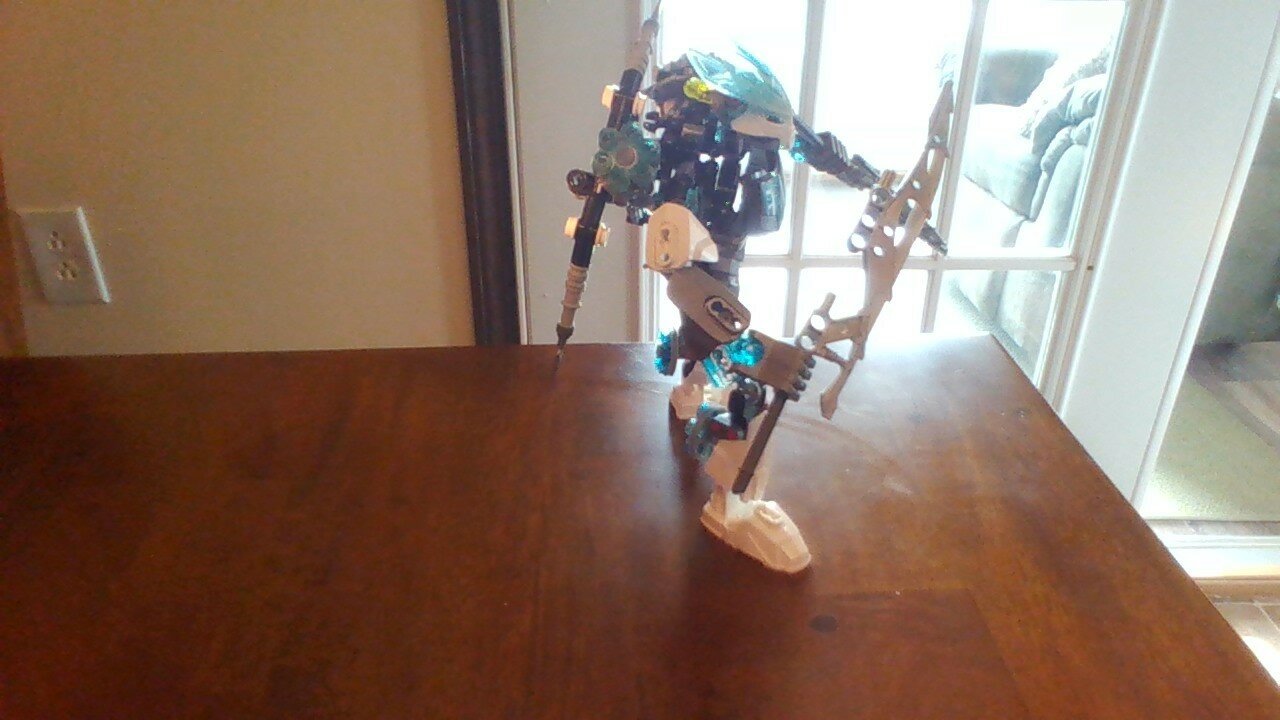 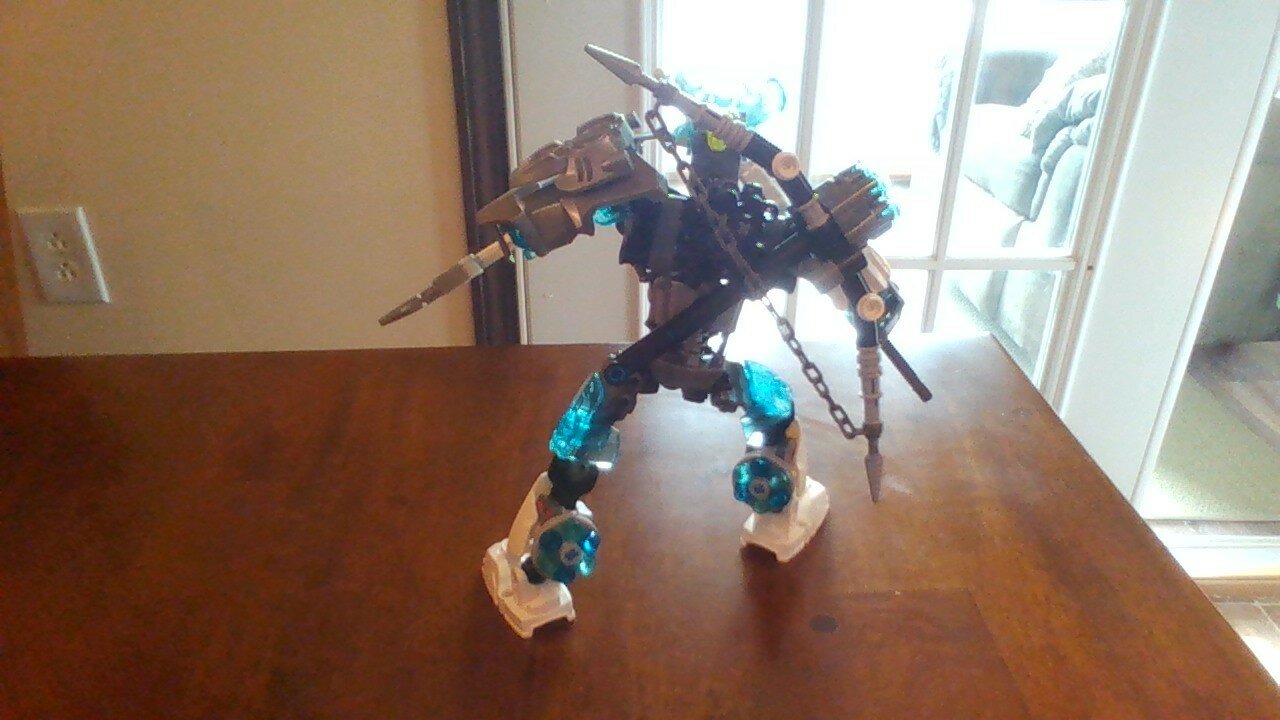 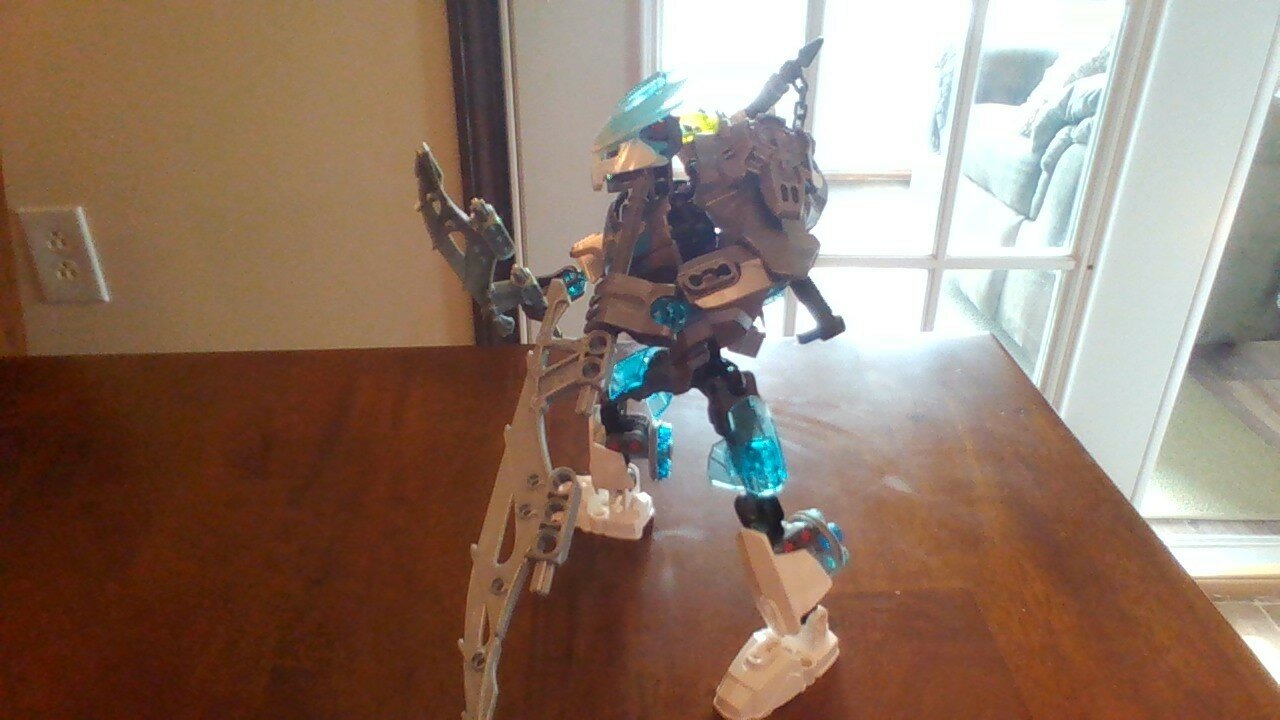 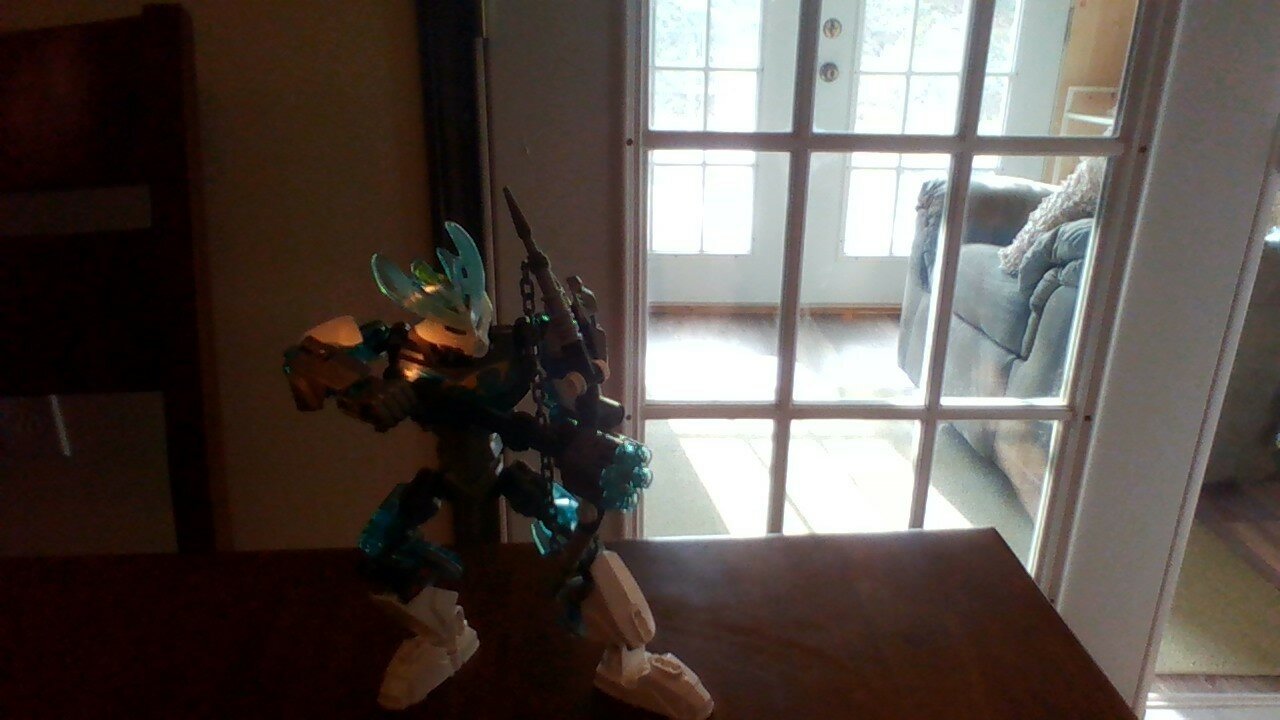 When each Guardian was made, they were allowed to align themselves with whatever three elements they wanted. Abraih aligned herself with Ice, Stone, and Water. She is armed with two Strata Blades and an Icicle Bow. When she aims at evil, she never misses.

Here is a close-up of the Icicle Bow’s action feature: 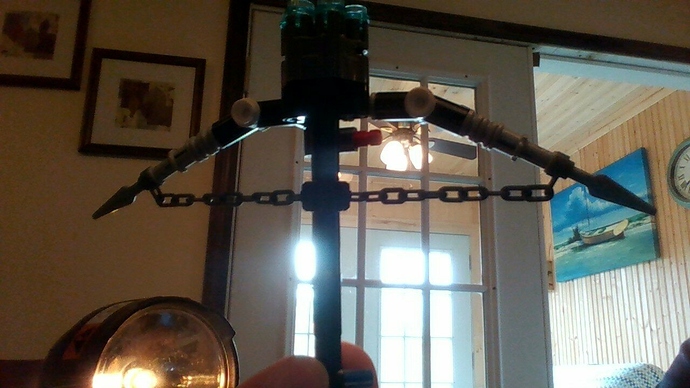 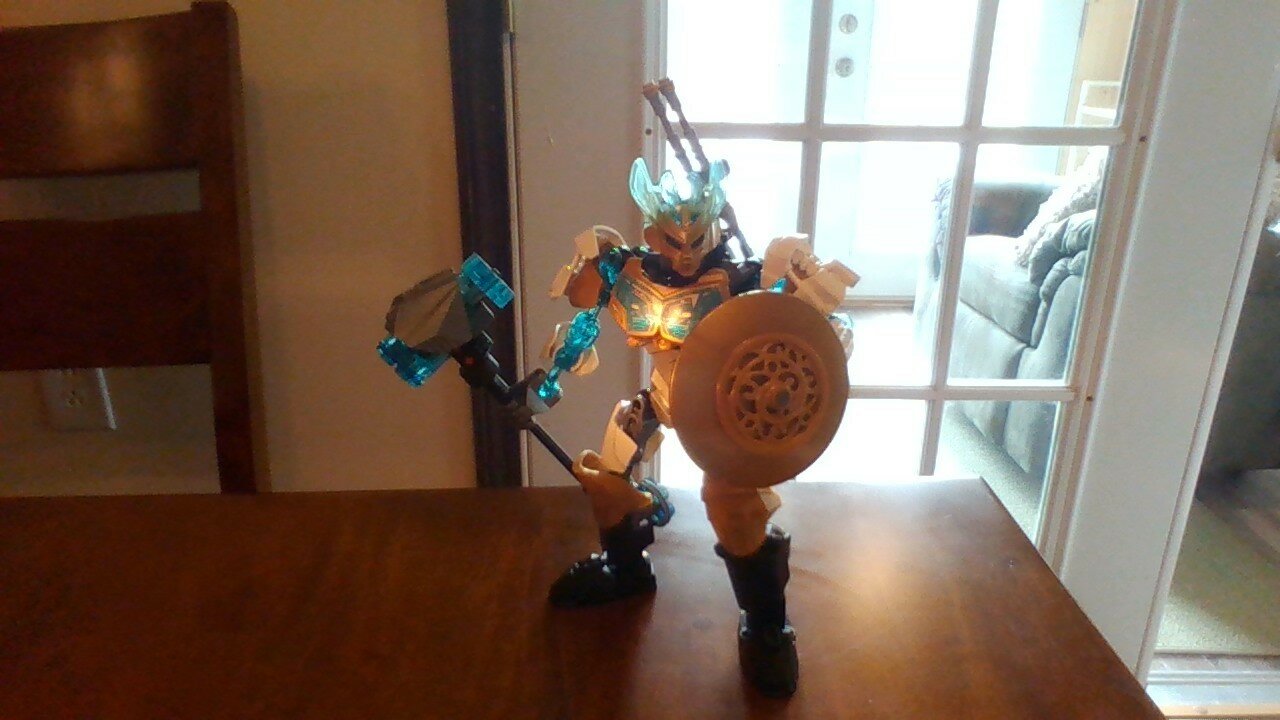 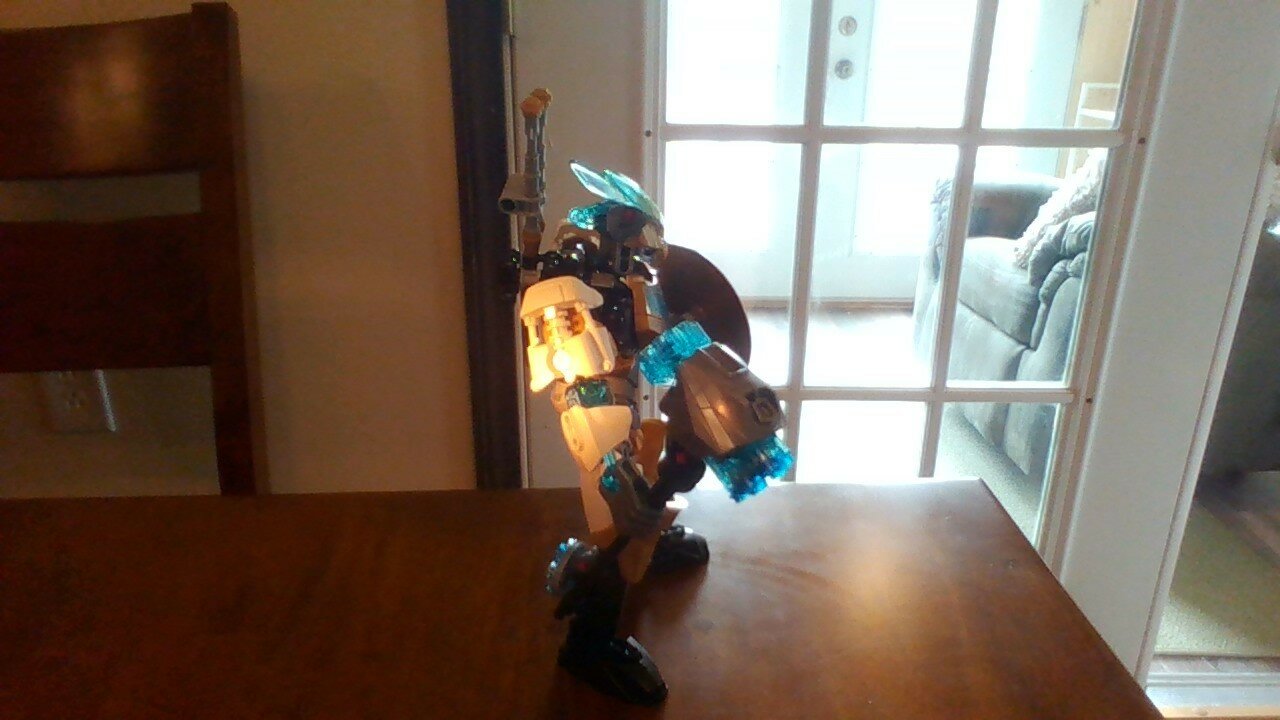 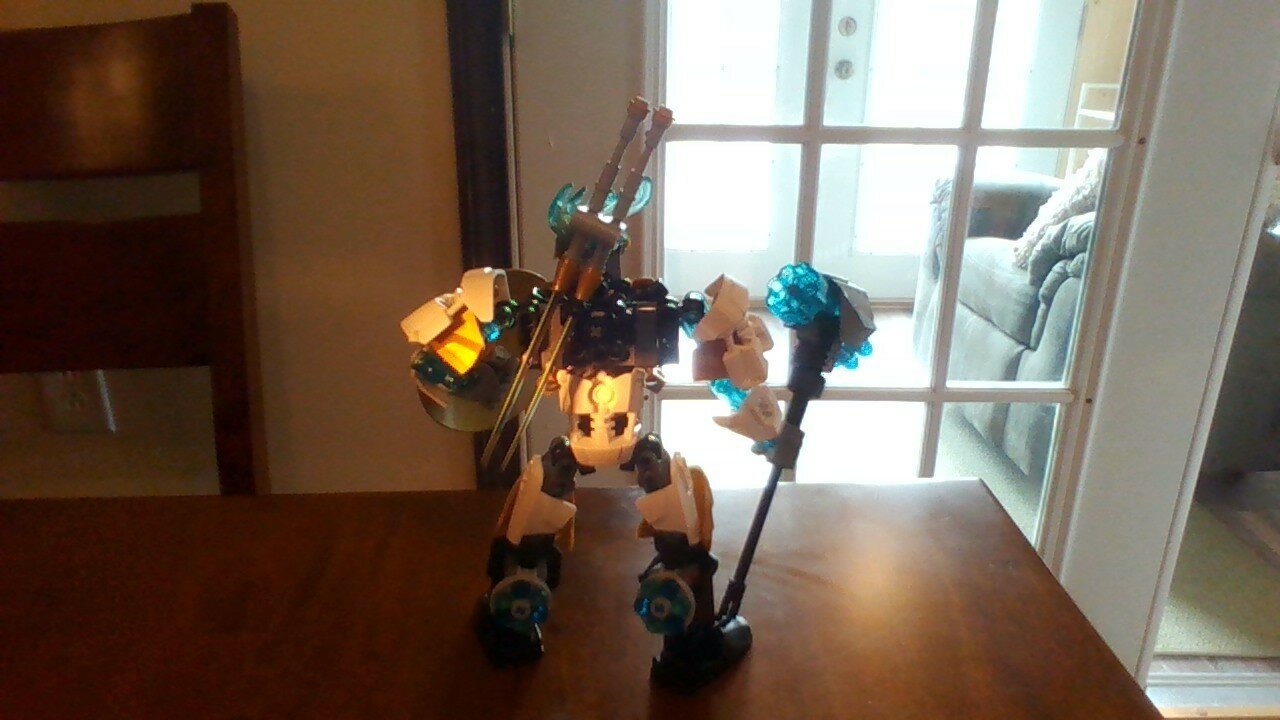 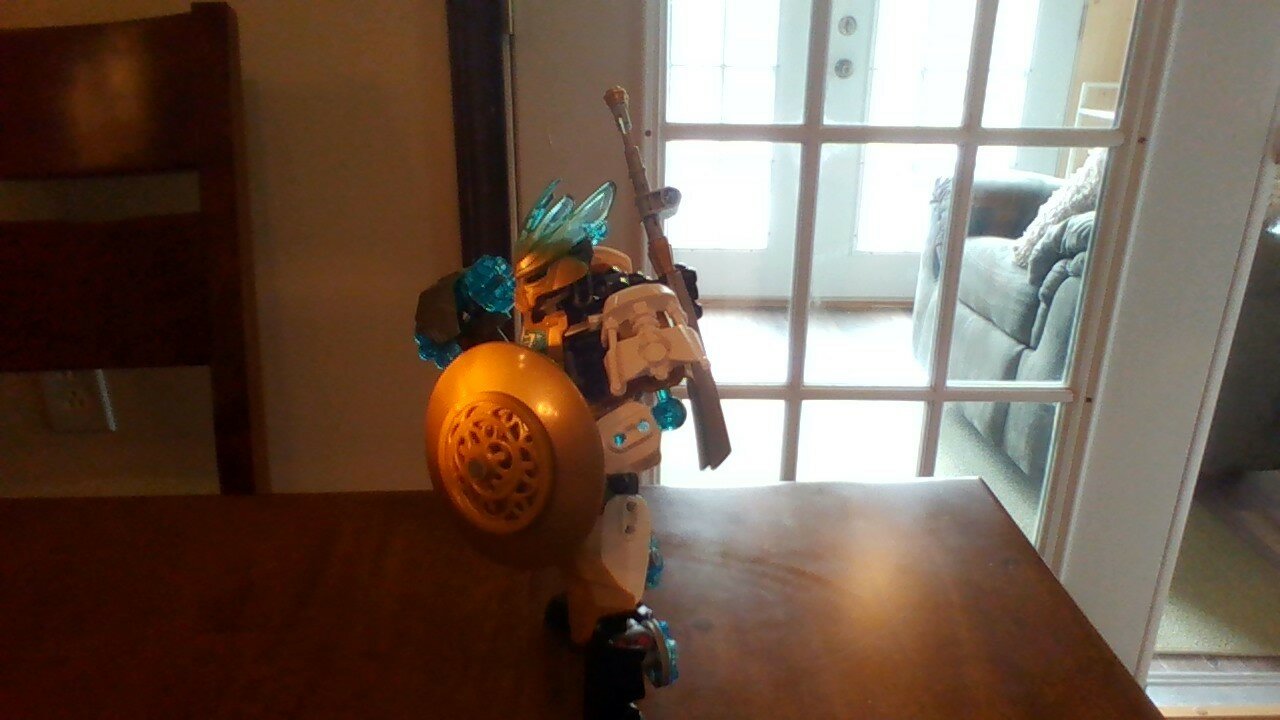 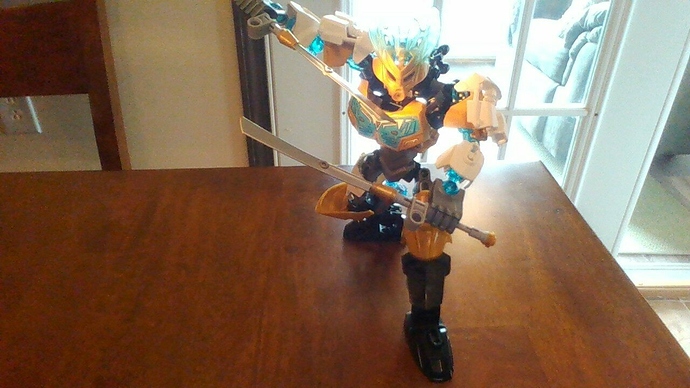 When Zakum (pronounced Zah Koom) was created, he chose to align himself with the elements of Earth, Light, and Ice. He is armed with a Crystal Hammer, two Sky Rapiers, and an Ice Shield. Zakum and Tothvyrd were the muscle of the group, but now only Zakum remains of the two.

Here is a closeup of the Crystal Hammer’s Action feature with and without the shielding: 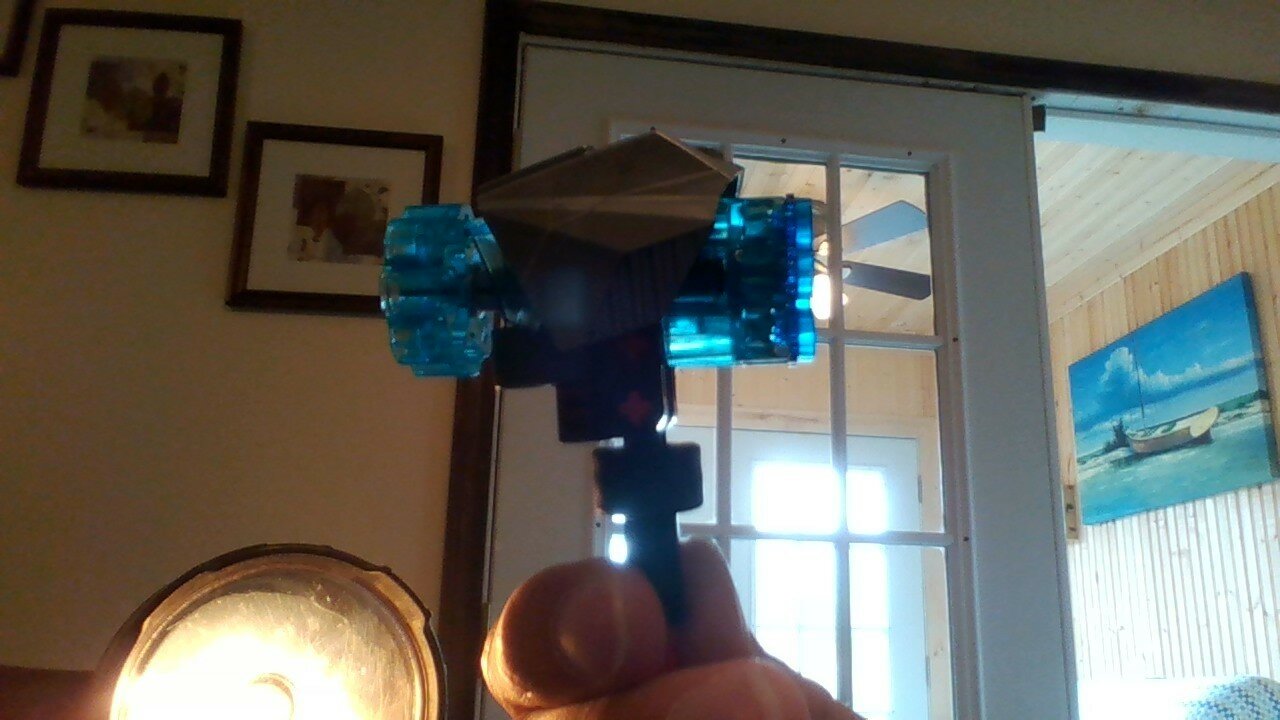 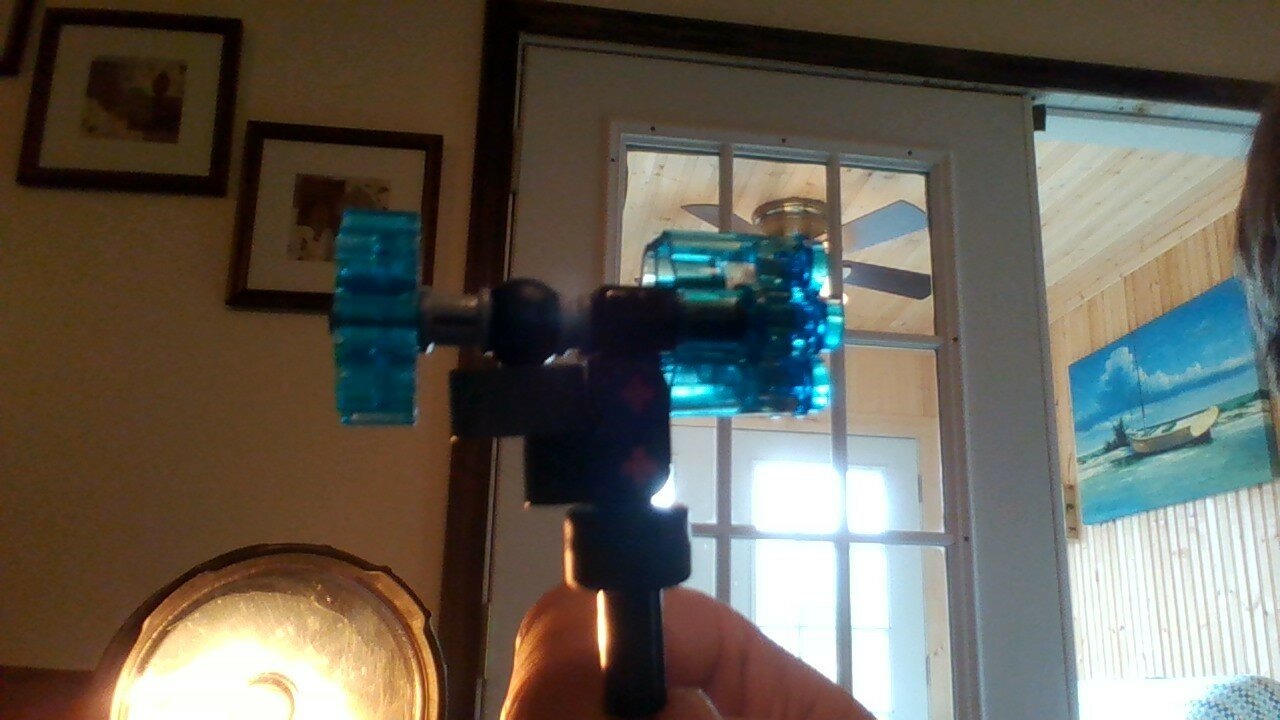 In the next post, Zakum and Abraih will go looking for Zag’sul and meet some villagers.

A funny story about the Zag’sul and Zakum mocs: They started out as a Mask Maker vs Skull Grinder revamp. I decided that I wanted to place it on another island. Then I decided to make Zakum my self moc, Zakum was Acker at that moment. I then looked at my Skrall Stars revamp and decided that I could make it so much better. That will be made clear in the post where Acker comes into play. At the moment, I think that will be in post four or five of the story. With these mocs (Acker excluded) I tried to use the cartoonish aspect of CCBS parts to give my characters a comic book vibe. Another thing that people are going to point out, I’m sure of it, is that both Zakum and Abraih use the same CCBS skeleton. This is because I am running low on parts. That and I wanted my two figures to have interchangeable armor. That may or may not be important later in the story, I haven’t decided yet. I also need a Mata-Nui type character in the story. I just haven’t decided on how to build/what even to build yet. I haven’t figured out how I want to do the Toa yet, but I really like the idea of an Evil Tahu if I decide to add in the Mata.

Feel free to leave a comment. However, I am not likely (translation: I am not going to listen to, not at all) to heed any “advice” concerning how I should build these mocs in future posts. They look the way I want them to and they are going to stay that way until I disassemble them to make something new.

Thanks to http://www.fantasynamegenerators.com/#fantasyNames for coming up with every name but Acker and Mata-Nui/Makuta for this series.