So this is for a project that me, @MaxinePrimal , and a few others are working on.
His name is Irdume, Toa of Plasma.
And he’s a midget. 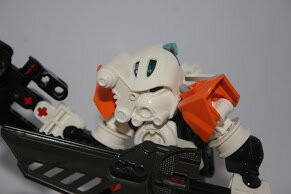 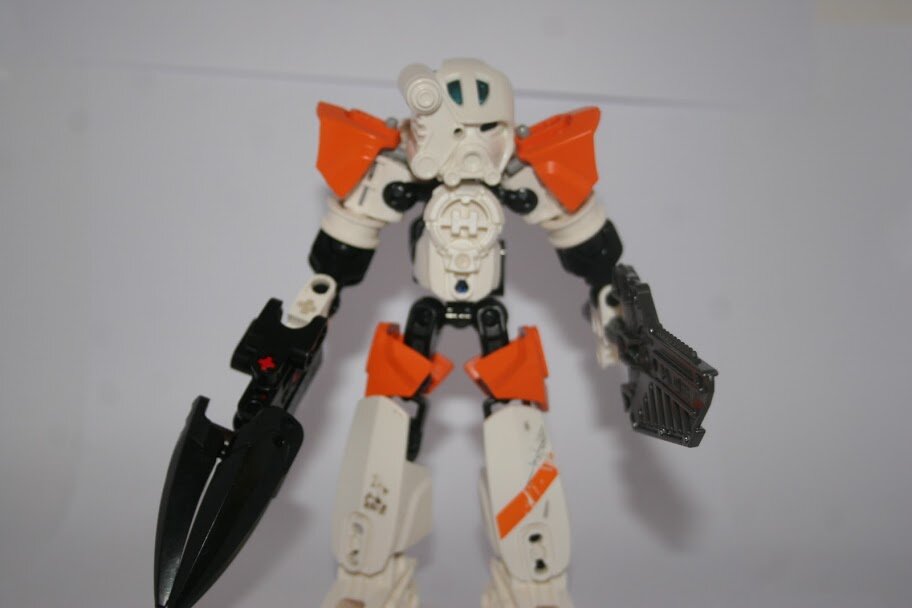 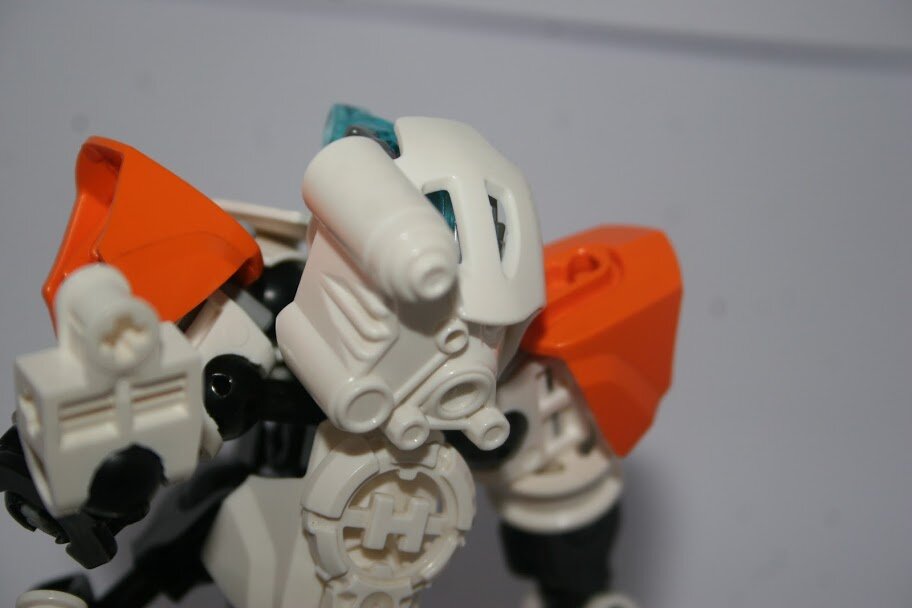 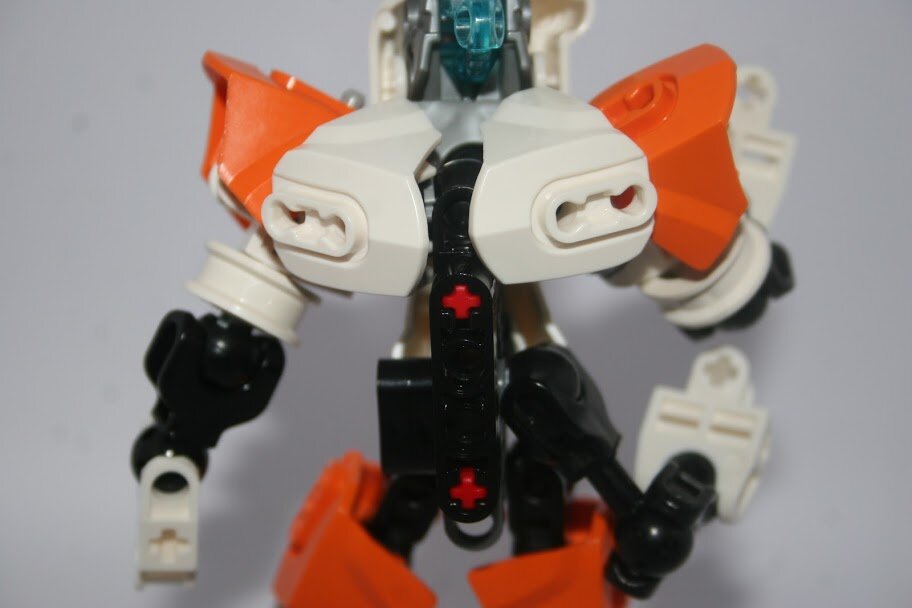 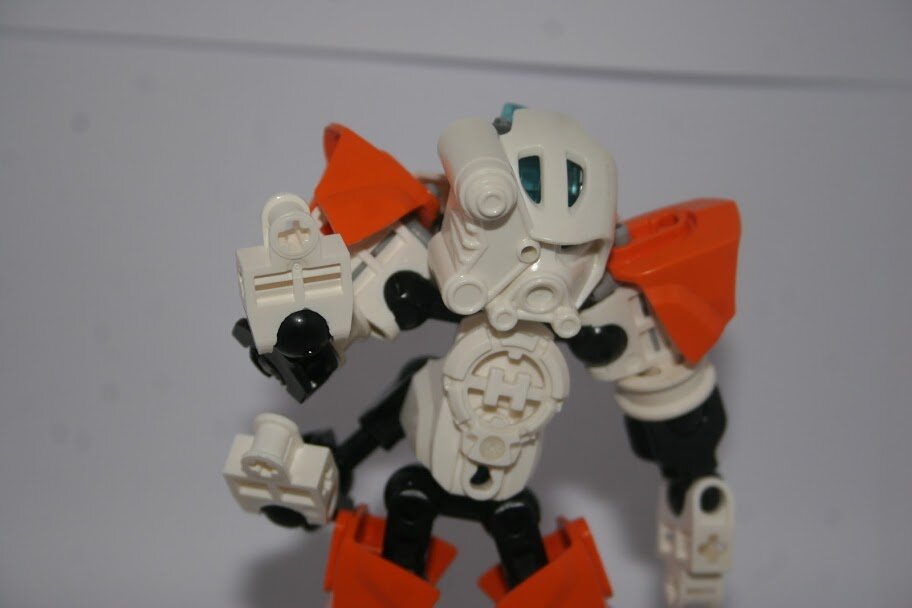 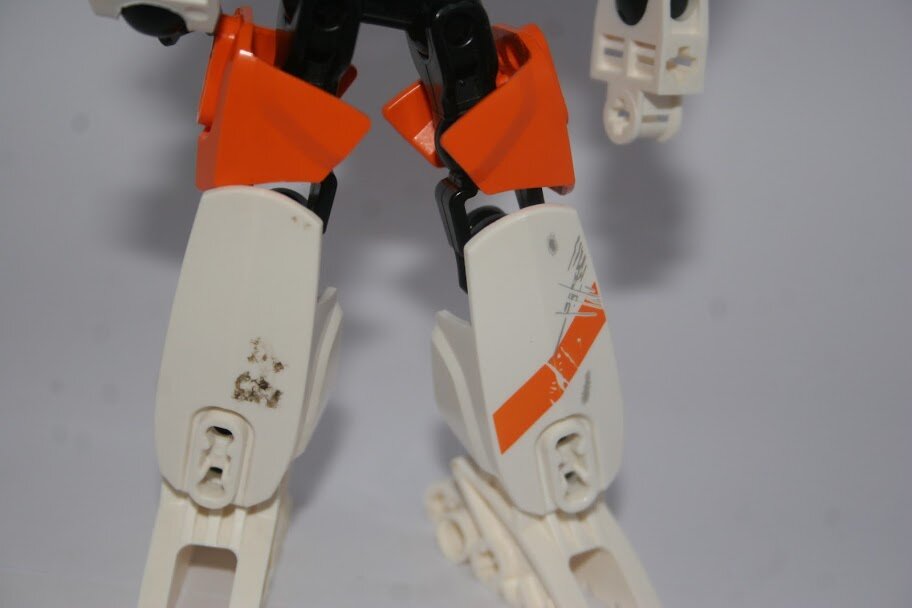 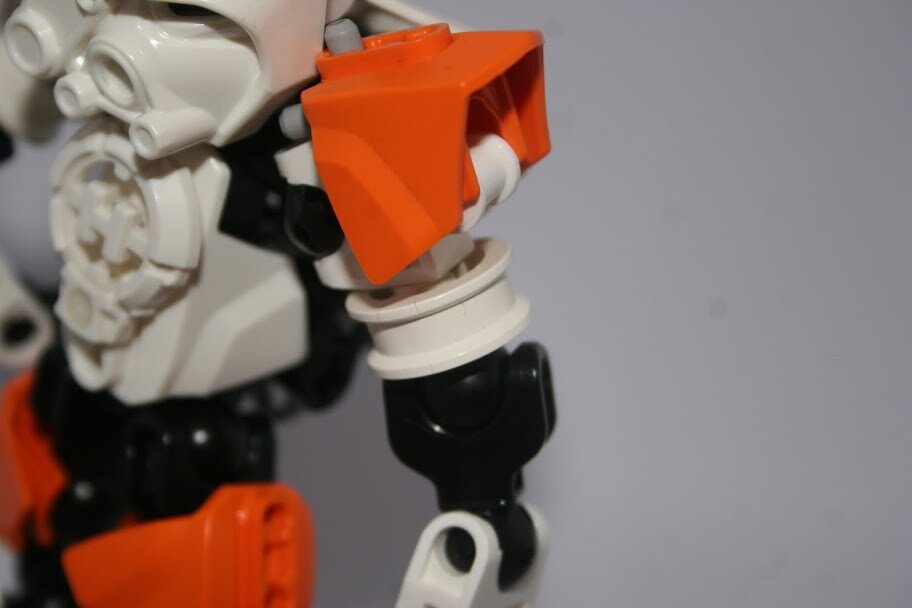 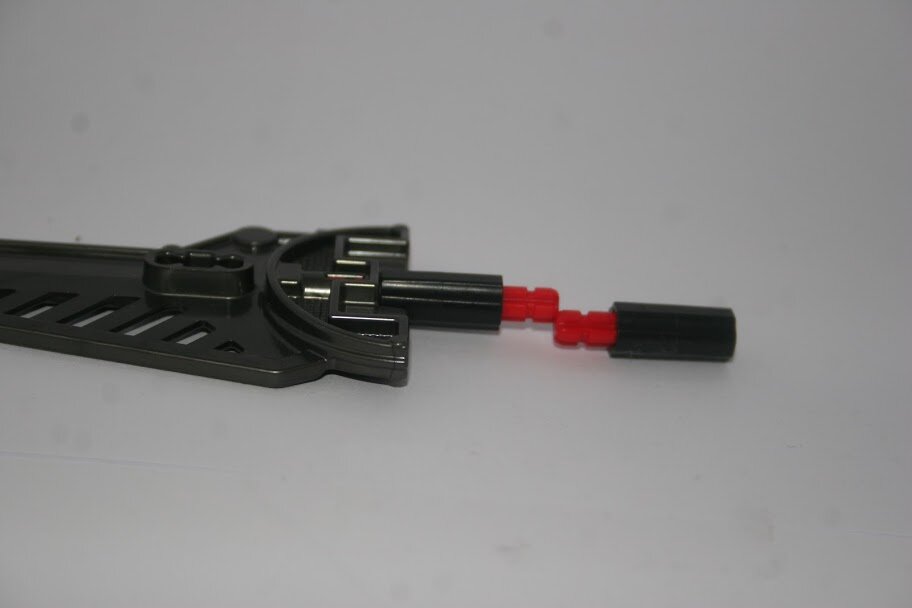 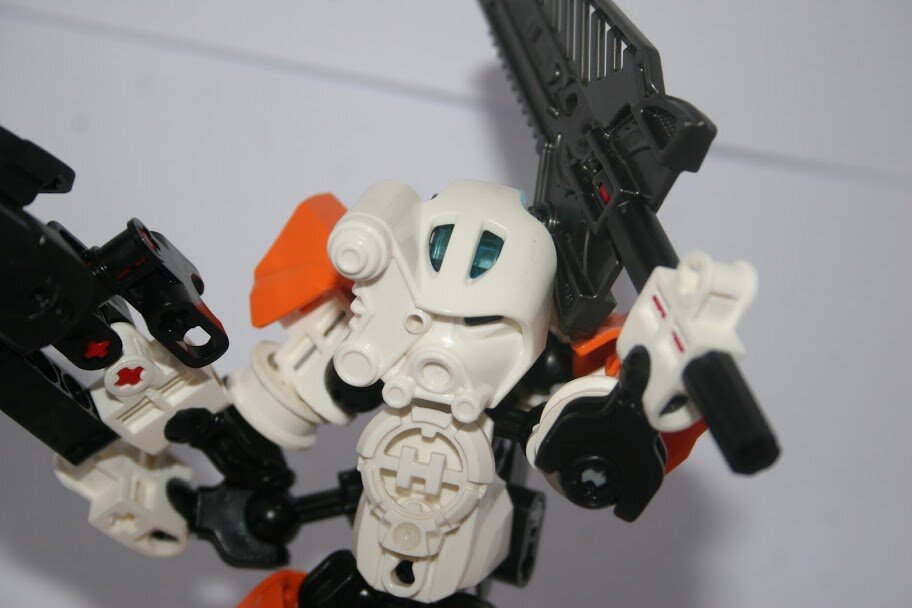 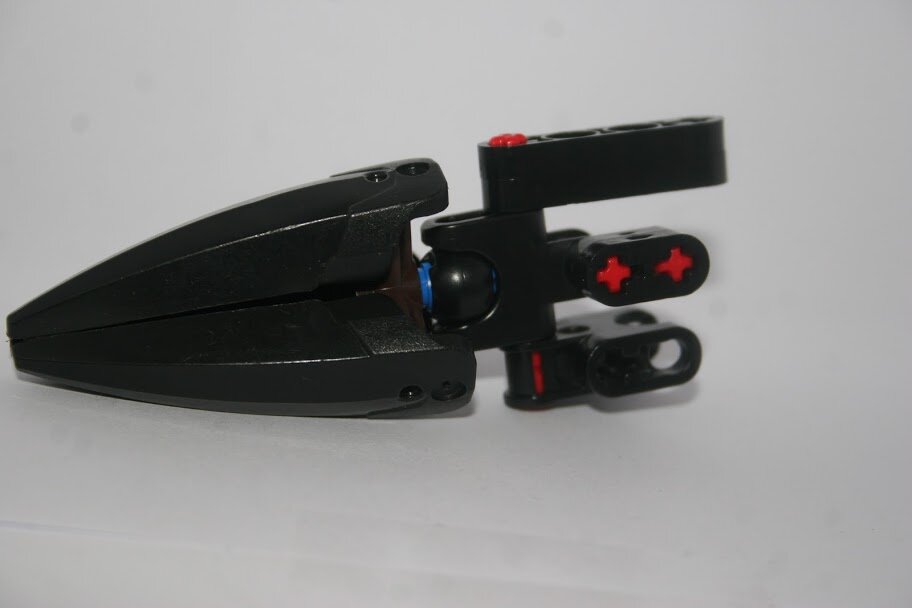 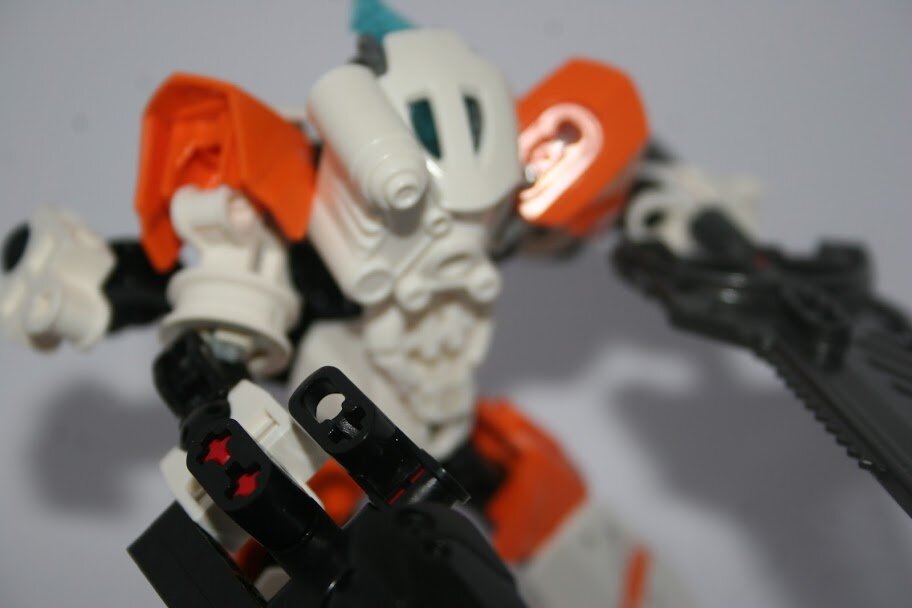 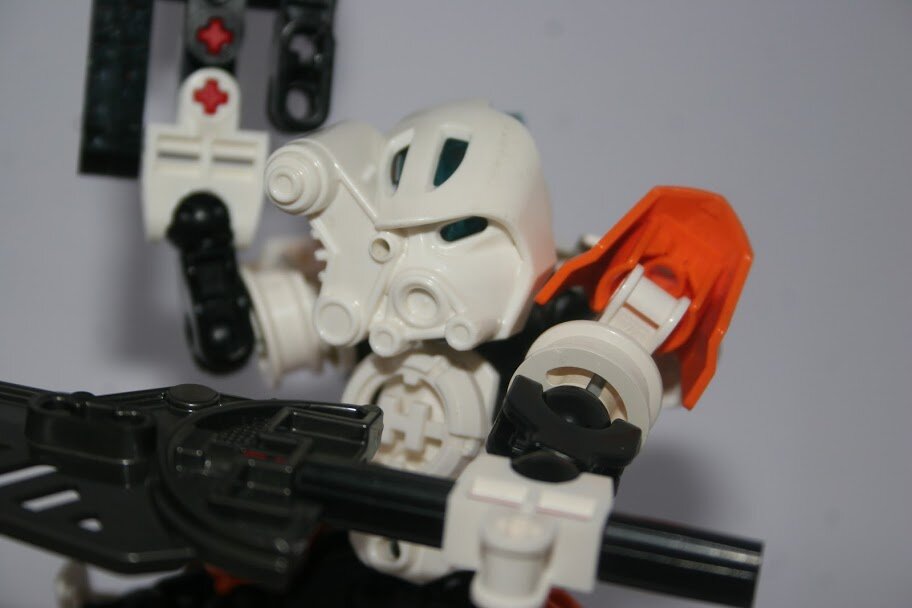 Sorry about the scrambled pics, I was kinda just taking them randomly.
And boy, has it been a while! I haven’t worked on a Bionicle/CCBS moc for quite some time… To be honest it was kinda refreshing.
Anyways.
Irdume utilizes a big drill and an anime-esque big-aft sword.

He also has three arms.
I thought he needed to compensate for his size in some way, so I snuck that in there. Anyways, hope you all enjoyed this. Have a great day!

Will it pierce the heavens?

…no?
It’s more of a scientific tool than a weapon.

It was an anime reference.

Okay, I’ll do my very best not to sound biased.

So at first glance my feelings were in a mixture, but when I looked at it more and thought about it, it’s a nice midget toa moc, simple yes, but affective.

I mostly liked what you did with the shoulders, it is a clever technique which I sometimes use with the t shaped pieces and armor plates but that up there what you did, it was mind blowing since I never thought of that.

The hero core seemed a bit odd at first but there isn’t a specific rule where it says you aren’t allowed to use it with a Bionicle type moc. I thought it was a nice little touch.

I mostly liked what you did with the upper forearms attaching to the shoulders I love all that up there. The addition of the three arms is a nice touch, very creative. The legs are decent, simple yes but decent nonetheless I like the painted white pieces it gives him more depth? If that is correct.

The weapons are simple, yes but for a character such as him, simple might just do it. The drill is, in my opinion, a nice brilliant touch

So, a nice moc indeed, great job, keep it up. 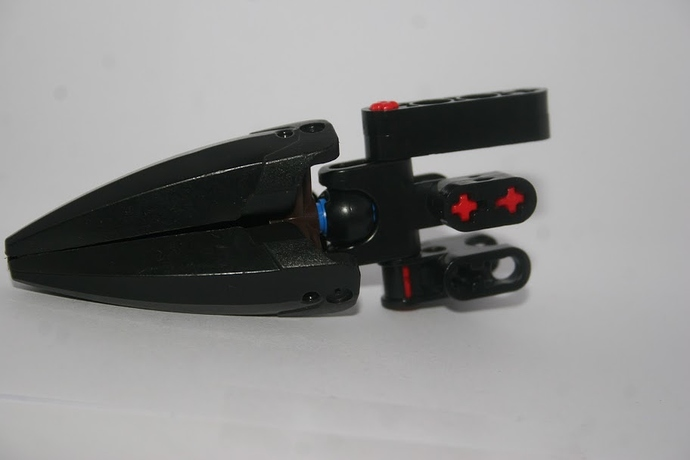 Jokes aside, this looks pretty good.

Shoulders feel a bit too wide, but hey it’s just a nitpick. But the torso is way to thin and a tad too short. 8.8/10

Looks great! Torso could be a little longer though

Yeah.
I was struggling to make a half-decent custom body so I just ended up using CCBS.

So this is for a project that me, @MaximusPrimal , and a few others are working on.

I have heard lots about this project

By the way, I like the vibrant colours of the moc

It’s a private thing, you have to be invited.