Yo! I’m back, with MOC that isn’t primarily black! (How often does that happen?) So this project is sort of a culmination of all the techniques I have been practicing in 2016. Say hello to Irei! 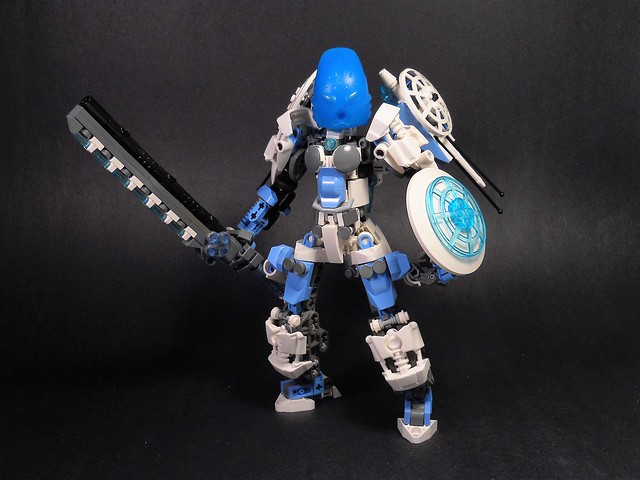 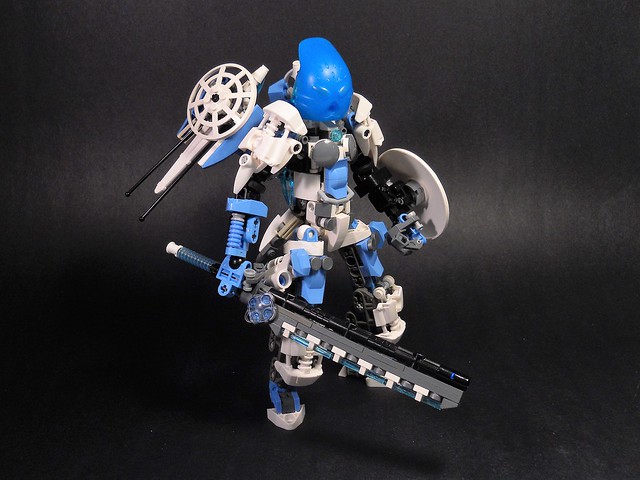 As her title would imply, Irei is based on the Valkyries of Norse mythology in that she is a winged warrior that signals death. I wanted to go with a futuristic take on the Valkyrie concept, so I made her weapons and gear more technological than supernatural, if that makes sense. 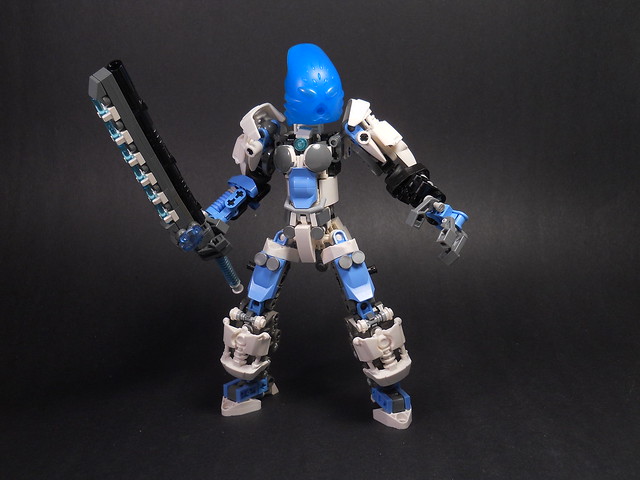 As far as the build goes, Irei is a complex blend of Technic, Bionicle, system, and a smattering of CCBS. The torso is easily one of the most complicated I have ever made, but it holds together well most of the time. She has some really good articulation. I left the elbows as open ball joints (thanks for the suggestion @AwesomeJoel27), so she can pull off some pretty neat poses: 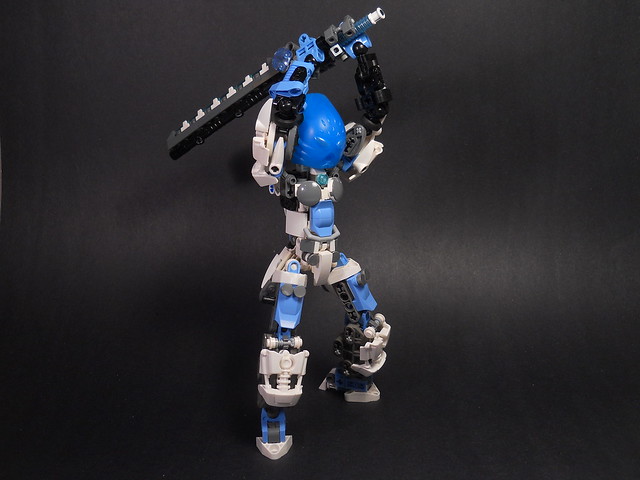 As far as character info goes, here’s a quick summary. Basically, Irei was made immortal by the mask of life when she was young, and she now hunts those that seek its power. She hopes to one day find the mask and destroy it, so that she may end her cycle of death and resurrection. As far as tools go, her sword Randgrid shoots LASERS!!! and she uses her Reginleif armor to fly. If you want that in more detail, check it out on Flickr: https://flic.kr/p/QzhA3s 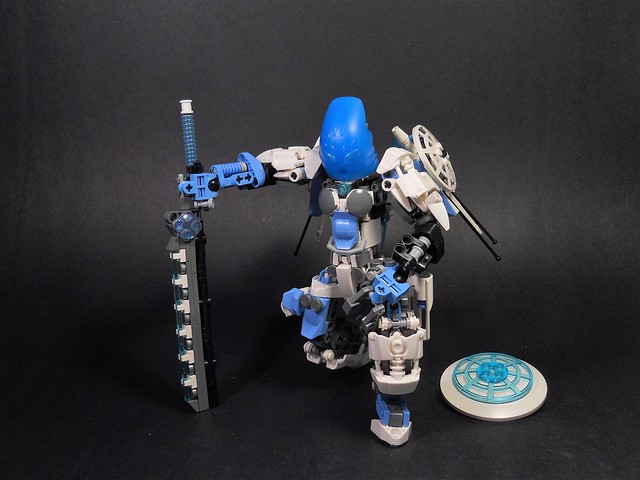 That’s about it guys! So, what do you think? Any thoughts for improvement? As always, if you would like to see more pictures or get more information about this project, check out the full album here: https://flic.kr/s/aHskPCiBPd
Thanks, and Happy New Year!

Cool MOC! I especially like the blending of system and technic/constraction pieces.

This looks great. I love the subtle use of light blue

Nice blending of CCBS technic and system, those wings seem to me, to be weird jetpack wing things, and thats awesome.

The system pieces really do work quite well here. The overal MOC is cool. Really digging the colourscheme.

Fantastic. I like the body and limbs and how well they integrated system and technic. The sword looks a tad blocky but great job otherwise.

Torso and sword are amazing

The shaping is well executed aside from arm and feet.
amazing work-

This is really good. The color scheme is consistent, the build is smooth and cohesive, and the sword looks especially amazing.