Is the BIONICLE community dying?

I frankly don’t care if it is or isn’t.

That teenage/kid audience that once enjoyed Bionicle in its heyday are now in their 20’s or maybe even 30’s, or they are about to get there and have other things like college and jobs to focus on rather than plastic action figures they enjoyed in their childhood.

I wonder, though… when people eventually have children of their own and they are still at least to some extend interested in Bionicle (and be it only having some old MOCs on display) - how much might Bionicle be passed on to this next generation?

This probably wouldn’t be a basis for a community, but I imagine Bionicle could still live on quite a bit longer with that.

Honestly, though, as far as my personal surroundings are concerned the Bionicle “community” kinda died around 2006. I haven’t met a single person since elementary school who was even remotely interested in Bionicle.
So given that I could still be super interested in a toy line nobody else cared about for nearly 10 years (until I discovered the online community), I dare say that the Bionicle community as a whole will definitely stay in existence for some time - especially given that there are still a lot of people creating fan content (MOCs, etc.).

Nonetheless it’s of course degrading - because as long as there aren’t any actual products to be had, the gain of new fans is practically zero, while on the other hand some fans over time might loose interest, especially when they get older.

So it’s maybe still a little too early to speak of dying.

the gain of new fans is practically zero

I got into Bionicle community in 2017 through TTV and Brickonicle, that kinda speaks for itself.

I feel it definitely is. In twenty years no one will care it’ll only be a nice memory of the past.

In twenty years nobody will remember Bionicle.

I mean, I’m fairly certain I’ll still be alive by then so…

I’m sure they will they just won’t care

Speak for yourself, I’ve been around with no good Bionicle material for eight years, and it’s been two since there’s been any at all. I’m in for life, honestly.

I’ll be holding onto my sets so I probably won’t forget.

Lego could do a trick and keeping it at least for a longer time, but it ended. Then was G2, from 2015 to 2016. Now we are in 2018. Unless Lego bring Bionicle back again (and this time they do a good job) or somebody actually make a stable Bionicle Project, that may attract new fans like G1 did, the community will die.

The only way Bionicle will ever return to the height of its prominence is if LEGO makes a movie. This would bring Bionicle back into the public conciousness, not just in the minds of diehard LEGO fans. Unfortunately the chance of that happening is very low, although there is the possibility of someone who used to be a Bionicle fan growing up to work in LEGO’s film department. But even if there never is a movie, that doesn’t mean it’s dead for good.

So given that I could still be super interested in a toy line nobody else cared about for nearly 10 years (until I discovered the online community), I dare say that the Bionicle community as a whole will definitely stay in existence for some time - especially given that there are still a lot of people creating fan content (MOCs, etc.).

Bionicle is like Star Wars. It’s one of the rare examples of media that manages to capture a child’s imagination so purely, almost like magic. That’s why it has stayed with you, and all the other fans for so long. The story, toys, visuals, design, etc. all came together to form this special thing, and that is why Bionicle will remain alive no matter what happens. The fans will continue to create projects based on it, and hopefully they will spread the toys and story/books onto their children. That is the legend of the Bionicle. 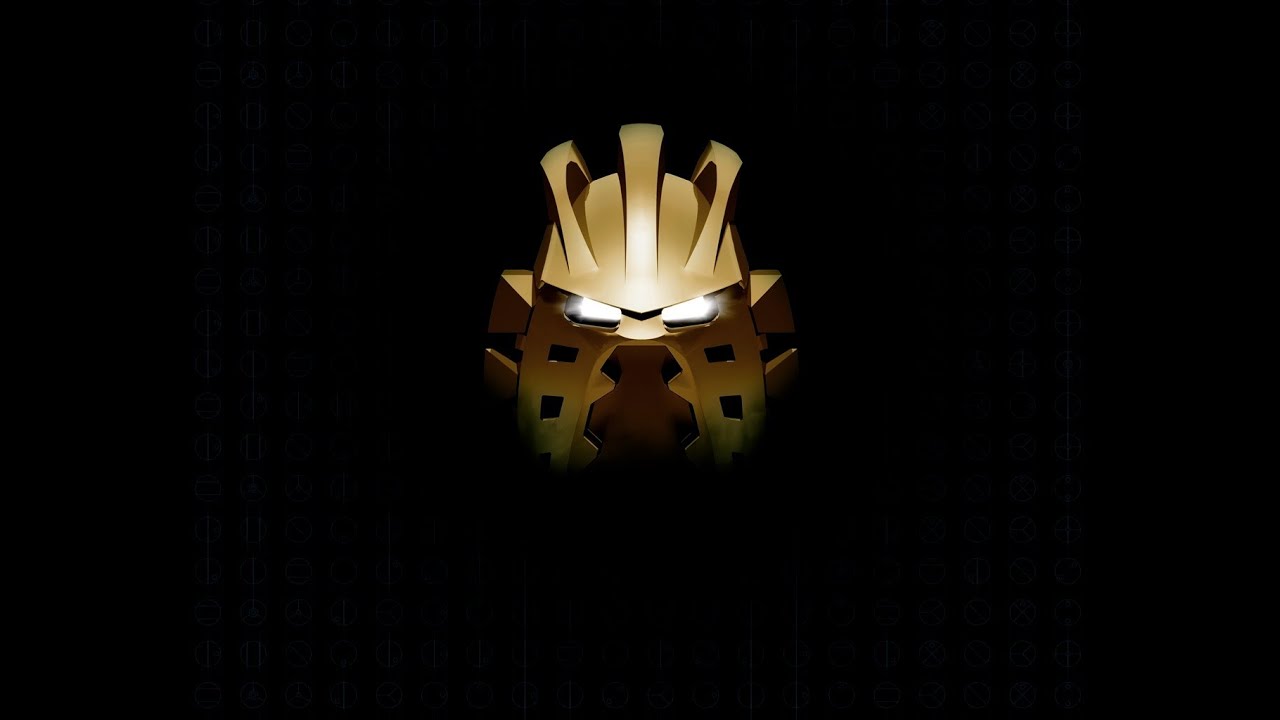 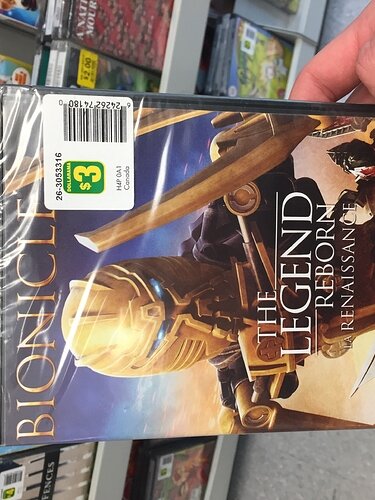 Woah they still have those?

Yeah, believe it or not, DVDs still exist /s

You do know that some of these replies are from the same people responding to other users notion, and if so, using 34 replies from this board isn’t enough to show this franchises isn’t dragged down compared to how many people respond to “is bzpower dying?” elsewhere.

I mean, 34 is a pretty small number. Even if all of those belonged to different people, that’s still only a little larger than most high school classrooms.

Was just looking around and found this topic. I’m a TFOL and only got back into lego recently, soon after, I joined the boards. I never grew up with G1 bionicle but enjoy the community and think there are enough young TFols (evident by some really basic mocs) to keep the community going for some time. However I agree bionicle is dying. Teenagers these days just see physical toys as childish and mostly opt for videogames. Eventually I think toys will be completely reserved for young children. as these teenage videogame junkies won’t become nostalgic for toys anymore but most likely videogames thus not only will the adult collectors of lego die out but adult collectors of toys as a whole. But I’m sure this won’t become too apparent during our lifetimes.

That’s the question, isn’t it. I think it depends on your definition of “dead.”

Do you mean dead as in Bionicle will never come back as a LEGO toy line? Well then yes, almost certainly it is.

Do you mean dead as in are there increasingly less fans getting into/making content about/with Bionicle? That might be the case, but I have no reason to see it all as doom and gloom.

The Bionicle internet community may be small and scattered, but by no means non-existent or without passion. People here are still constantly making things about Bionicle. Flickr is very active, Ben Cossy basically has BioTube on life support (but he’s still there), and probably a bunch of other places. The only problem is that very few of these communities touch each other. One could say we’re all on our own islands. Inside domes. Inside a giant robot.

Small and scattered, yes, but what pools of fans that exist are very active and very closely tied together by the same passion.

Or do you mean dead maybe in the fact that the spirit of Bionicle is dying? I can’t speak for everyone, but for me, the spirit of Bionicle is never going to die. Bionicle enthralled me as a kid. It captured my imagination. It taught me so many things and entertained me for countless hours. As an adult in college now, I still haven’t lost that spirit. Bionicle, its themes, its aesthetics, its ideas, they all inspire me even now. The culture of its world has bled into my art, my ideas, heck, my Dungeons & Dragons characters. Nathan Furst’s music has been in my head for almost a week now and I literally can’t go a day without listening to the opening of Bionicle 2.

Everything about Bionicle has, is, and will continue to inspire everything I make and everything I strive to do, be it directly related or not.

Maybe Bionicle will die someday. Maybe in ten or twenty years no one will recognize its name. But maybe the world doesn’t need to know Bionicle as it was. Maybe it can live on in all it inspires in its fans who were there for it.

In the meantime, there’s no reason to fear. Look at all we have and all we can do with it. Bionicle is ours now, the fans. Rather than fearing the future and the thought of losing what we have, let’s make the best of what time there is to show ourselves, and maybe even the world, how this little thing has inspired us.

Though I grew up mostly with hero factory, I got into Bionicle first and like it more. And since I’m pretty fresh, Mabye more people my age can get into bionicle g1. Mabye enough people can get into bionicle again that Lego could bring it back, but from g1’s end. Mabye, mabye not. Maybe make Star Wars ultra builds bigger, more detailed, more complex figures with a higher cost to make way for bionicle’s return? And Mabye bring back a strengthened ignika build peices while using ccbs as an enhancement?
Who knows? But if I can get into g1, them maybe more my age can.

And since I recently Started a mostly Bionicle YouTube channel, mabye bionicle’s YouTube presence could return. Or just biotube in general.

And @Botzinga , I might be a teen, but Lego’s are still in my opinion better than most video games. And since lego’s Constant comparison to Minecraft, it’s safe to say that Lego’s won’t go away anytime soon. Plus it’s always nice to play with something physical! And Lego and bionicle’s custizability is what makes it so versatile, long lasting, and why it can complete with most video games. Because in the end in my opinion, the thought of customizability and building your own story is what will let bionicle survive. And Lego as well.