The fastest hero in the history of ever! *

Jasmine is a new Hero who was put into experimental development after a strange attack on Makuhero University, in which strange, fully biological creatures attacked the campus and teleported away after they were defeated.

After the attack, the build team at the Hero Factory spent several years studying the readings and trying to figure out how to create a hero able to do the same thing.

The result of their efforts is Sylph. Able to leap, fly and teleport short distances using her enhanced Quaza matrix, Sylph is technically not the fastest hero in the galaxy, but she’s always the first to the finish line!

Sylph is equipped with lightweight ablative armour, jet boots, stabilising fins and wrist-mounted ice blasters to freeze a fleeing villain in their tracks!

Assigned to Delta Team alongside the railbow-toting Tomas Bolt and techspert Klaus Vesper, Sylph has one of the highest capture rates of any hero!


A MOC made for the Hero Factory: Gear Up! contest in 2012 hosted by [Chro] and ADDRo. The rules were to build a hero with a custom torso for one of three themes not used in HF before the contest, with one of three primary colours never used by HF. Sylph’s theme was “speed”. Her colour was “medium blue”.

Jasmine Sylph 2.0 AKA Hero Factory: Animated
I felt I liked the character despite only having the bare bones of a HF storyline, and revamped her last spring with a more “Saturday morning cartoon” sort of style. I was building in a new style outside my normal comfort zone, but I think it worked well and hit what I was looking to acheive with a HF MOC. The first always felt too messy to me, despite being MUCH more popular.

So the aim here was to create a smaller, “cuter”, simpler and more stylised MOC with better colour blocking.

She got drawn by OhLookIt’sAnArtist a while back too!
DA has my birthday wrong, but it was a much appreciated gift nontheless.

Gotta go fast!
Seriously, these are very good overall. The baby blue is nice to see and the concept is neat. I prefer the second version because it is more streamlined.

Wow. Back then I saw this on your deviantart account. It’s really cool, especially the animated style. Dunno what’s with the rhotuka spinner. 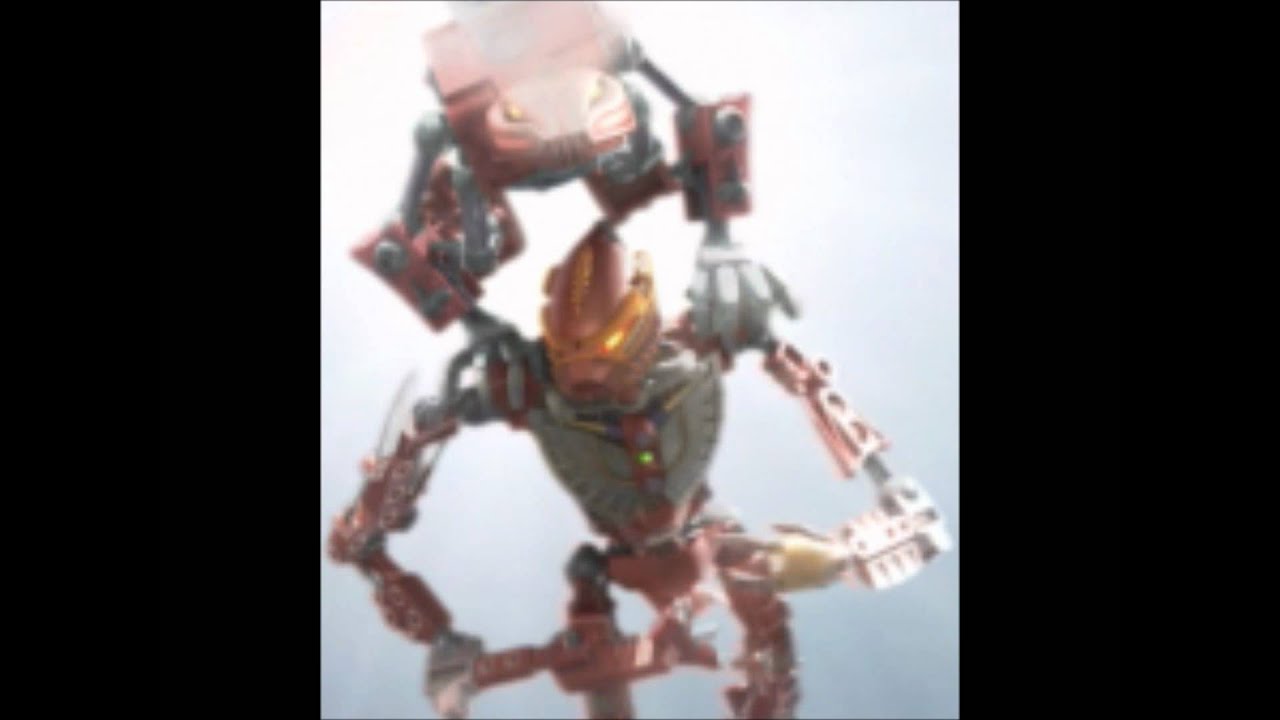 Love the second one, something about it looks a lot more speedy.

I prefer the first over the second, but this is pretty cool. I dunno, there’s something about the first that I just like a little better. Don’t know what it is.

Ha, always loved that first one. I remember spending hours trying to figure out that torso after I saw it in the Gear Up contest.

I remember seeing her when I roamed your MOCpage and your DA accounts sir. She looks nice

Hehe, did you manage to figure it out in the end?

If I remember correctly, I had some trouble with the shoulders and Hero Core attachment. I really loved the idea of using Av-Matoran limbs as chest pieces.

I totally stole the idea from Chris Yee though…

She looks pretty good. My only problem is that where the Karda-toran limbs connect looks like it’s about to break.

Nah, I kid. It’s not like you just built his MOC and called it your own.
Besides, it’s hard to build if there’s not something inspiring you.

@Poaki Yeah… he himself said I couldn’t really credit him for the design, since the only similarity between the two builds is the use of those av-matoran limbs. The rest is completely different… but it really did help that someone else had already found a good alternative to the type of female torso I would have made otherwise… eeeh…

@TBT_Emerald That connection is surprisingly sturdy, actually. I’ve used it a few times in different MOCs. I always make sure to keep those technic bits attached to an axle for storage afterwards just to make sure they’re not totally bent out of shape, but yeah.
A normal ball socket from that era was more likely to break

I want to make something like this one day

I got to admit these look great.
Especially the first.

This is very nicely made! 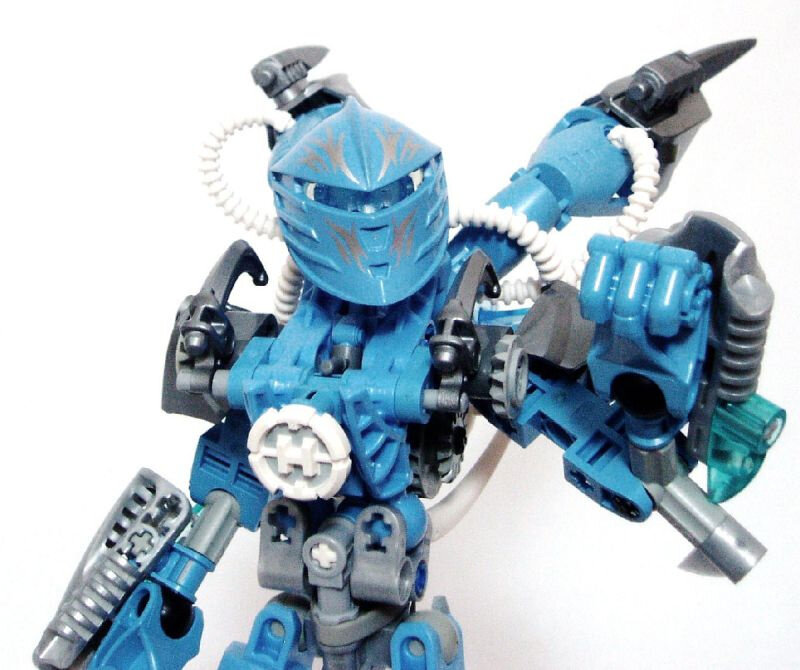 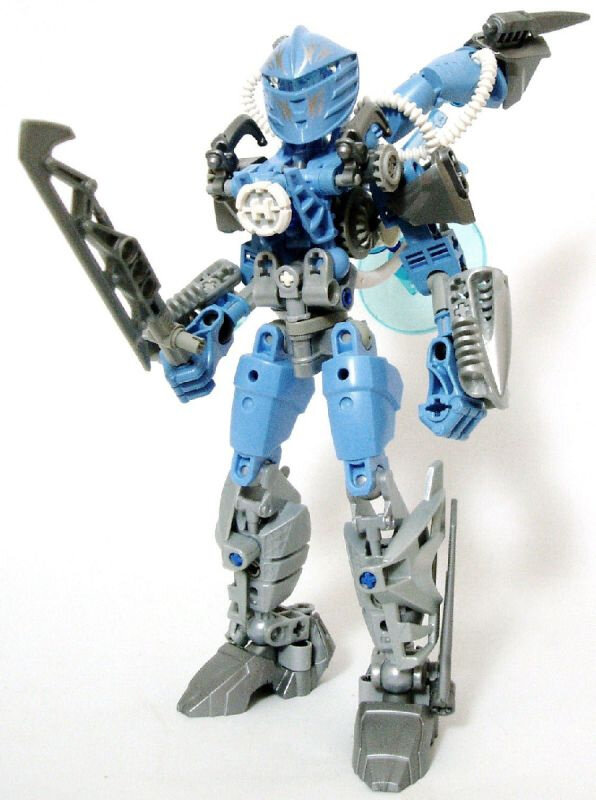 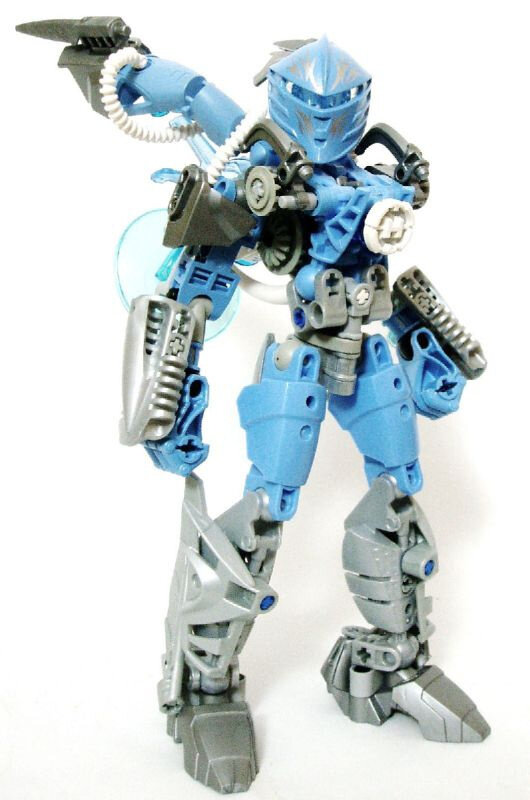 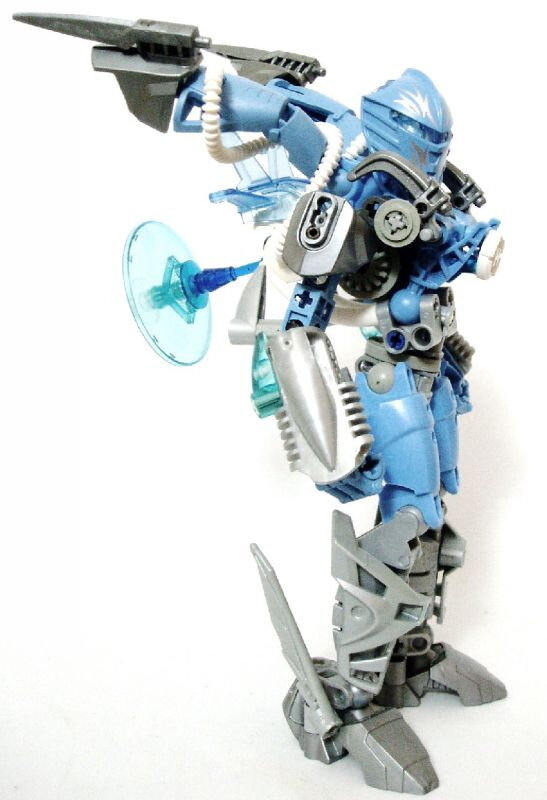 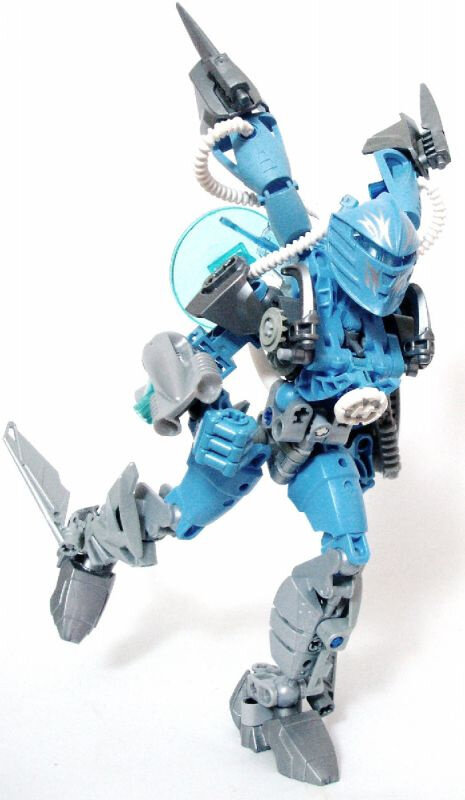 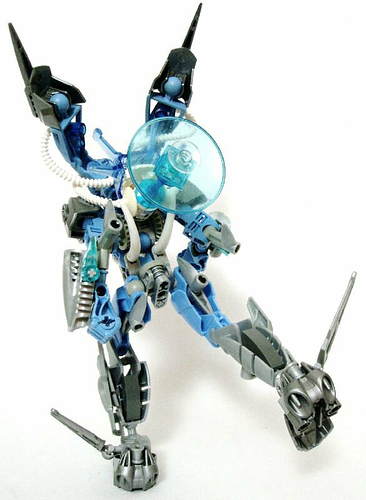 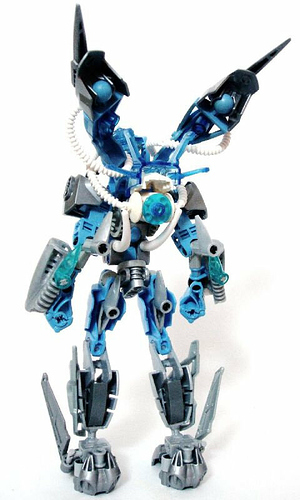 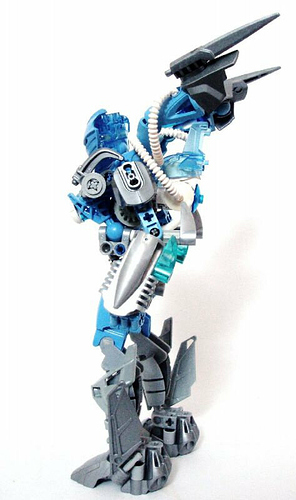 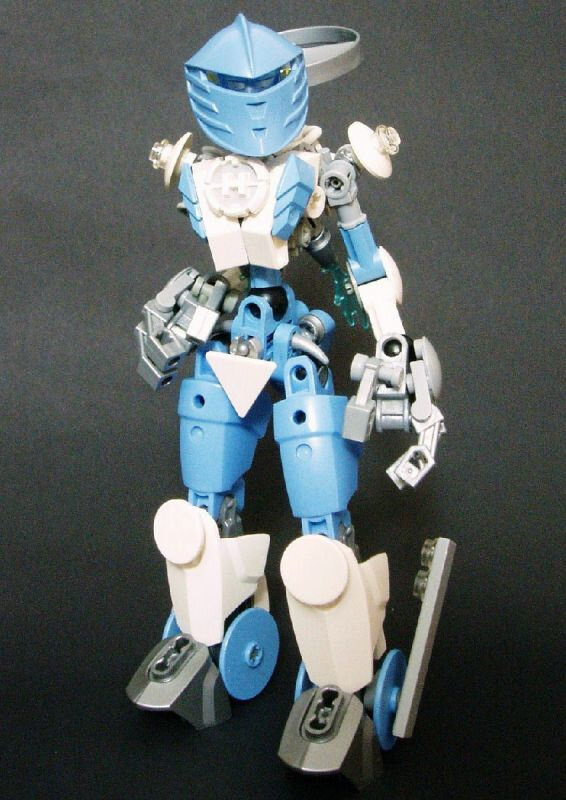 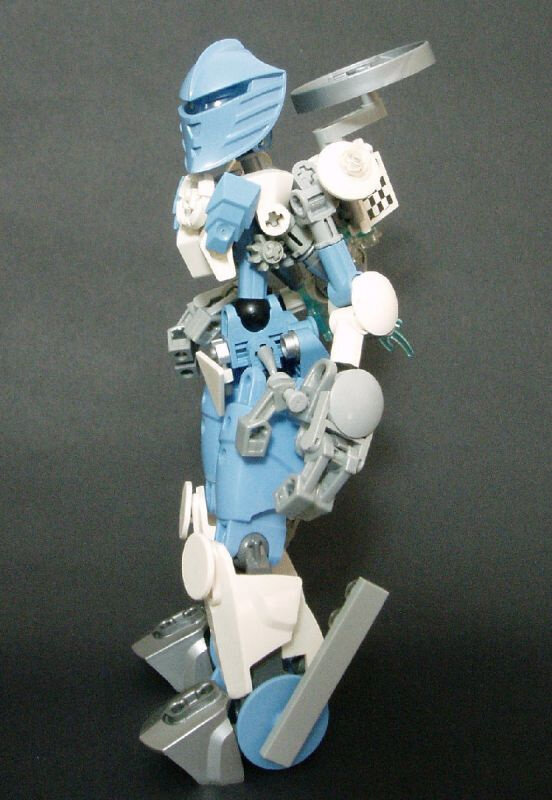 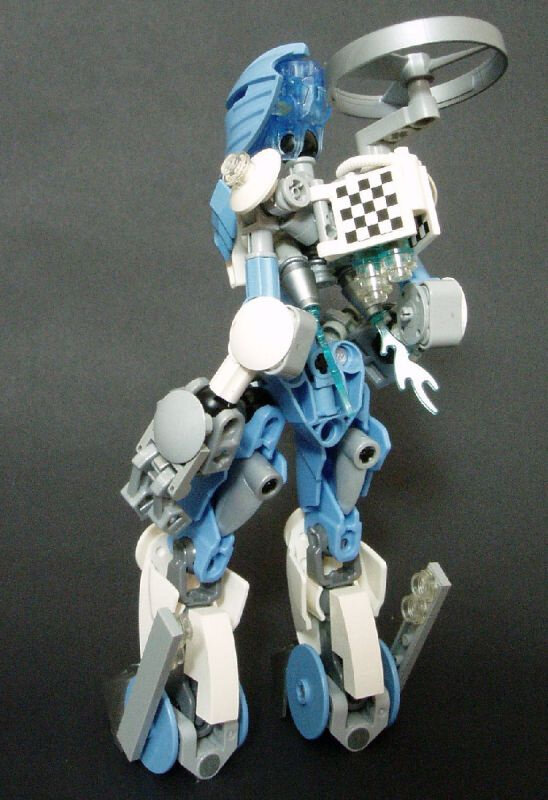 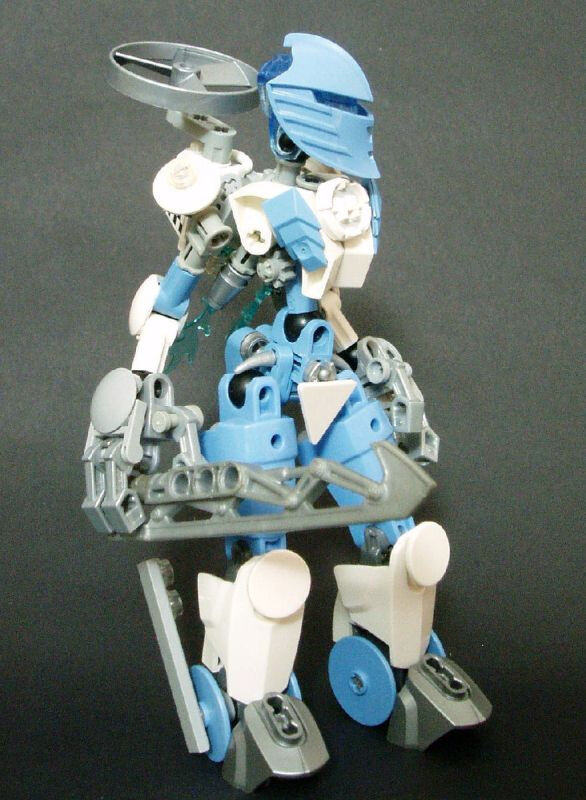 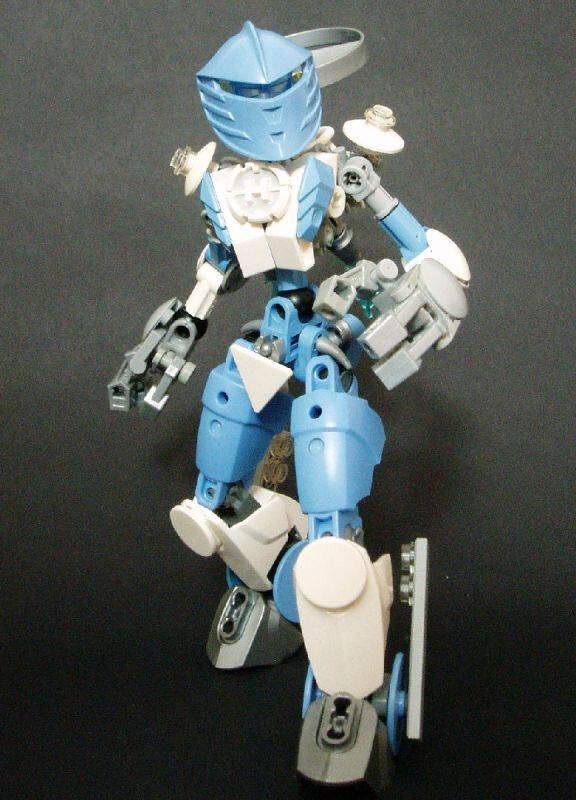