As the first cleanup post I made was for the Voya-Nui arc, I’m sure many of you were expecting me to jump into the following Mahri-Nui arc right after. The truth is it’s been many years since I read the books for this year and 2008, and while I have a good grip on the overall storyline through the comics, I’ll need to do a refresh of these years before I make final decisions on my revisions and how they will play out. I had the best understanding of the Voya-Nui arc and had lots of ideas for it, so I decided that would be a good starting point to kick off; but knowing how beloved 2007 is and how divisive any changes for that arc will be, I definitely need to make sure I’m well-versed beforehand.

So, in the meantime, let’s do something much, much easier: the Mata-Nui Arc. The Golden Years. 2001-2003, Bionicle’s big start. To be perfectly honest I think these are some of the most solid years story wise, and there is not too much I would change from these arcs overall, which is why I’m grouping them all together. Most of my suggestions will just be slight tweaks to make the story flow a bit better… except for one arc, but we’ll get to that. Without further ado, let’s jump into 2001-2003’s Mata-Nui arc.

Quest for the Masks

Based on this, Kal enter cube chamber. Defeat exo-toa. Gahlok-Kal places symbol on cube. Cube begins to glow red as symbol (connected to Tahu’s power) begins to siphon the power of fire from Tahu. Up above, Tahu’s color begins to drain to represent this. Lewa (STILL PERFECTLY FINE) puts a hand on his shoulder in a “You alright mate?” gesture.
This way (which I STRONGLY believe was the original and superior storyline) though the symbols are connected to the Nuva’s power, it is not until they are placed on the cube that their powers become drained, showing their true purpose of acting as keys to use the elements to undo the seal, originally made with the same elements.
I get Farshtey probably wanted to put the Nuva in a dire situation, but having their new powers immediately be taken is just disappointing and done in a ridiculous way, and having them lose even with their full newfound powers would be even more shocking and exciting.

Gahlok-Kal takes Tahu’s symbol to see if it will assist in freeing the Bahrag. Tahu tries to stop it but it gets away. Tahu send signal to other toa to meet at Kini-Nui to discuss potential new threat. Jaller and Takua come along (Takua probably wanted to document, Jaller wanted to know of new threat as well). Shortly upon meeting, toa are confronted by approaching Kal. They introduce themselves, tell of their plan to unleash the swarms again, say it’s Mata-Nui’s will, suggest they stand aside. Tahu is seething. “You break into my village, steal my symbol, threaten my island, and tell me to stand aside?!” Nuva leap into action, but the coordinated attacks of the Kal perfectly counter the toa. Eventually they are knocked out, and Kal descend Kini-Nui. Add Tahu’s symbol to cube, power is siphoned. The toa don’t know exactly what’s going on, but realize it’s connected to the symbols, and realize direness of situation.

And I think that just about does it. I tried to keep the suggestions from altering the overall plot and future storylines at all if possible, and I think if anything these have only expanded upon possibilities, so I am happy with how these turned out. What do you guys think? Do you agree with these suggestions? Are there suggestions you would make for this arc? Let me know below, and of course, thanks for reading!

and thank mata nui you didn’t call it the golden years.

Oh for sure, I would never

how did the sentence i hate the most escape my gaze…

As usual, an awesome thread! Not as much to go over as with the Voya-Nui one, but I do have a few nitpicks:

I totally would love to see the interaction you described, but, personally, I’m partial to Kopaka and Pohatu being the first two Toa to meet.

Aside from Tahu’s anger issues, he and Kopaka don’t actually have that different of a general demeanor. Pohatu, however, is extroverted out the wazoo and is friendly to nearly a fault. Him and Kopaka having such distinct personalities and seeing that play out was one of my favorite parts of the original story.

Lewa’s infection – Lewa was taken control of by an evil mask (krana) and Onua had to save him. Just. Like. Last. Year. Yes, it’s humorous for the fans, but frankly that’s just bad storytelling, having the literal exact same situation happen in the story again.

it is Tahu who is infected. I think this is a much better choice,

The only issue is that you then run into the exact same problem.

The very next year, Tahu gets infected by the Rahkshi poison (and Kopaka and Gali defeat him).

Personally, I’d rather still see the conflict be between Onua and Lewa. Without it, Onua in particular doesn’t get much development, and Lewa never has a real moment where he matures. I’d rather just get rid of the infected mask Lewa subplot and keep the krana one.

@Pakari Excellent points as always, Pakari. I too am a fan of the interactions between Pohatu and Kopaka, and I absolutely would have Pohatu interact with Kopaka regardless; with that said, personally I was always interested in this first meeting: 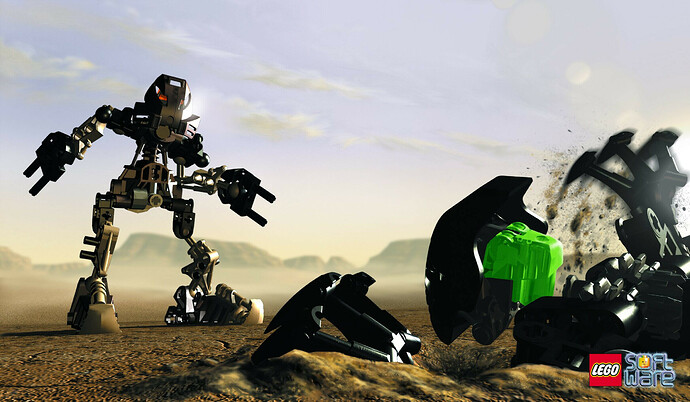 image2394×1396 504 KB
While Tahu meets Kopaka, Pohatu quite literally runs into Onua digging through the Earth. I was always endeared by their interaction in Mask of Light, and wished there was more context behind their obviously close friendship.They immediately hit it off due to their similar elements and shared strength. After this successful meeting, Pohatu runs after Kopaka (following the toa’s meeting) to introduce himself and meet him. Obviously Kopaka is less than interested.

The very next year, Tahu gets infected by the Rahkshi poison (and Kopaka and Gali defeat him).

Very true, but for this year it focuses more on the relationship between Tahu and Gali, having her end up curing him and having Tahu develop more respect for her, after being clearly annoyed with her at the start (rather than a carbon-copy scenario between the same two characters). I’d like to imagine Kopaka’s “Sorry brother” be referencing their previous fight where Tahu could save himself, which he sees can clearly not happen this time.
I do agree that Lewa and Onua should still receive development, but I think the first battle in the rama nest would be perfect for this with more dialogue to back it up.

Very well put, I have no counterpoints.