Jetera V4, Shadow of the Future 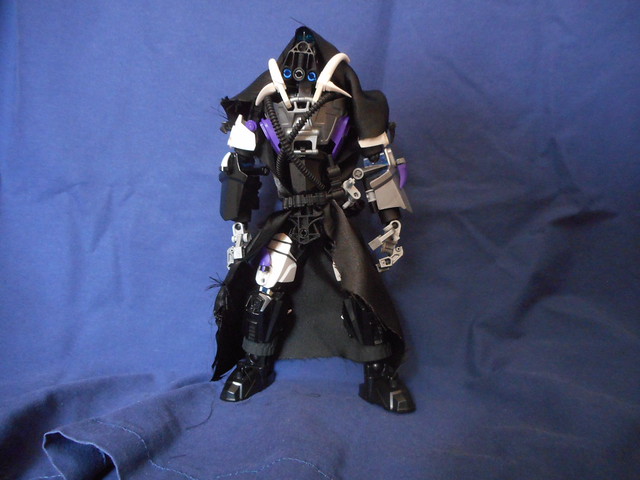 A stranger whose past is uncertain. Jetera has, though
various occurences, been linked to a forgotten figure of Matoran mythology
called "The Stormhawk." Quiet, detached, and often confused, but with
a streak of cynicism and sarcasm, Jetera has slowly learned about the world
around him, the Toa Vihagu which he rather suddenly found himself a part of,
and the lightning powers that he possesses. 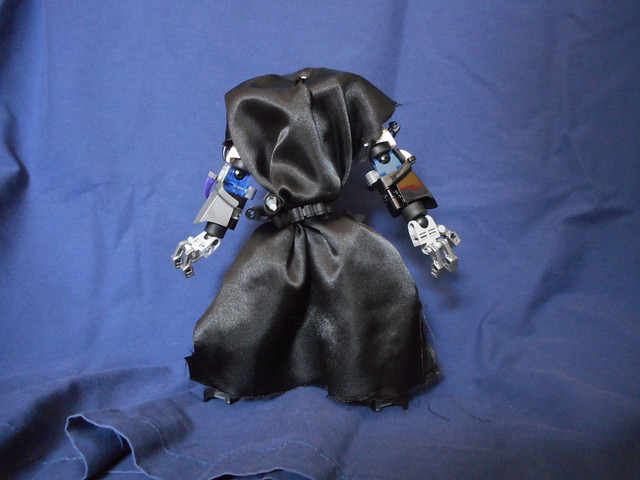 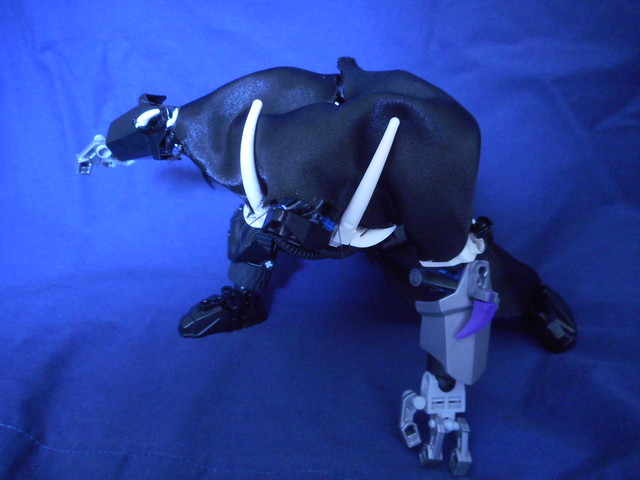 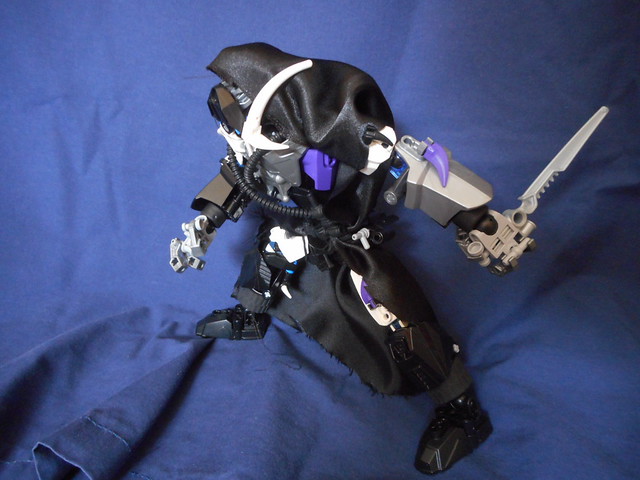 He's nice... but it feels like he was downgraded. The inclusion of purple is neat, but the new chest, head and the legs look odd compared to the original

He seems nice. but he has too many colors. the new head does not work with the mask, the blue pins look odd. the legs are too short and the tires on the bottom are strange. get rid of the trans ble. and the silver. he will be better for it.

I like the spikes coming up from the torso.

The fact that the tubes are off center makes me want to punch you.

The legs are gud.

And this has been SpeedCritique with Ek.

looks really cool and interesting, I really like the cape