Decided to upload a little earlier than usual since I’ll be away for a couple days, holidays and the like. Here’s a really simple CCBS MOC for filler, I’m only bringing it to you first because you asked for it. Like actually asked for it, there was a strawpoll and everything.

Jimittop is one of many mutated and genetically modified matoran created for military purposes. Unlike most of his brethren, he never bothered to rebel and survived most of the experimentation. At this point, he’s kind of a beast. I don’t think he ever cared about his physical appearance though. He’s a pretty chill dude, if you can get past the fact that he’s disgusting. Also yeah and same story as Kei with the “H” on their back, I’ll get around to explaining it eventually I promise. 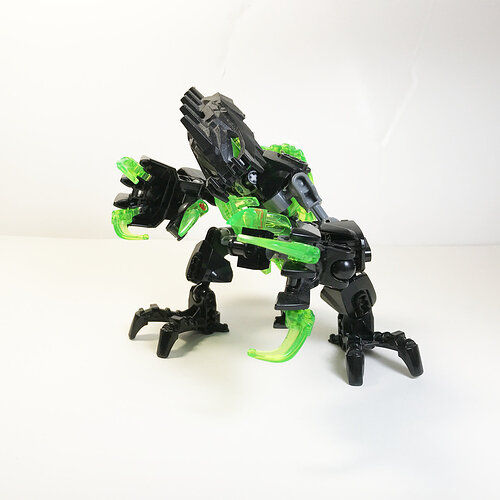 I feel like the build mostly speaks for itself, it’s extremely simple, mostly consisting of CCBS bones and ball joints. So instead I’d like to take this moment to talk about his mask, since it originates from a Skrall originally, I had to come up with a mask power for it myself. 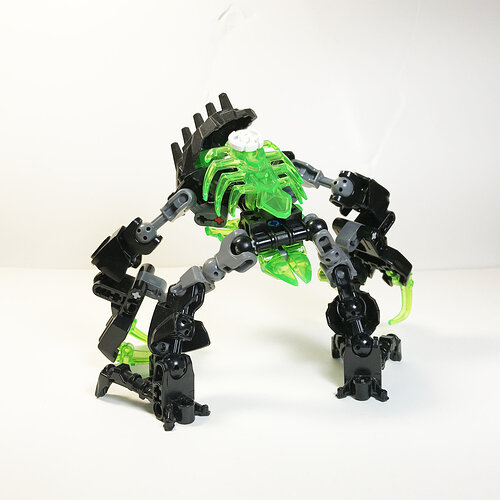 I call it the Ullek, and it has the ability to instill hate in people. There ya go there’s your mask. 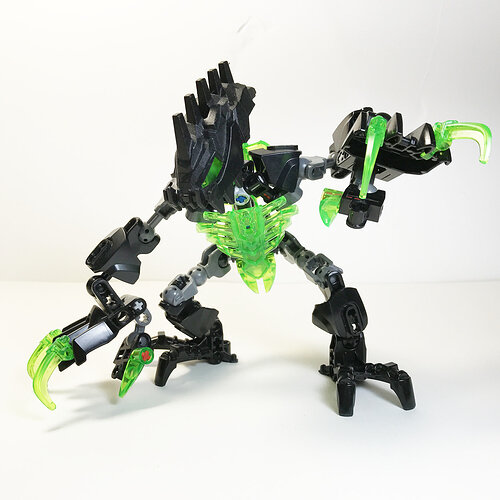 Getting a little deeper into his backstory, as a matoran he never really did his job and would blatantly just harass and get on people’s case about meaningless things. He was generally pretty hated by the community at large, as he was obnoxious and his motives were always pretty unclear. Maybe he thought it was funny? At least he finally found a place he could fit in. 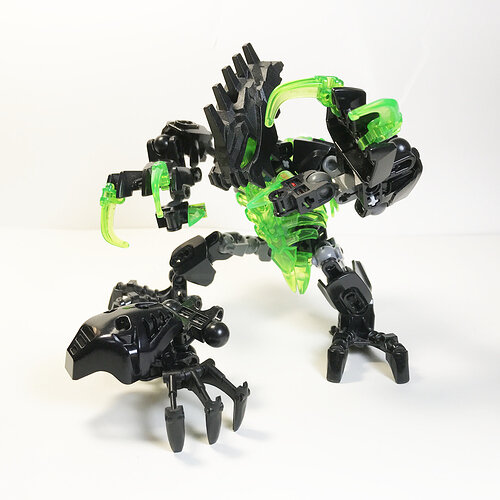 I’ll be back next monday I promise.

Now this is nice! The combination between black and trans green looks really good to me, I really not seeing this guy! Good job!

he’s the enemy that makes me waste healing before the boss, isn’t it?

Nice job! The color scheme is slick. Is he in league with Umarak the Slight Inconvenience? (That’s another popular moc someone posted here long ago)
Also, the robot cowboy from the poll sounds awesome.

His color scheme is pretty consistent

The name is a huge coincidence. I guess great minds think alike, huh?