Hello to all the people here! Today I wanted to show you all my first M.O.C that I have created! 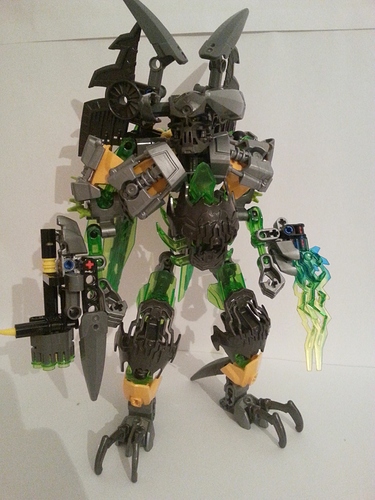 this was a tough challenge to work on because I selled my Lego a few years ago to my little cousin. Because of that i need to make a few things clear: 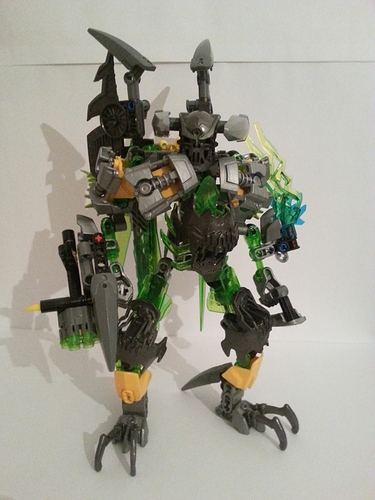 Here we have him standing up straight and with deactivated weapons. The main problem I have with him currently are the knees. I will get into this a little later. 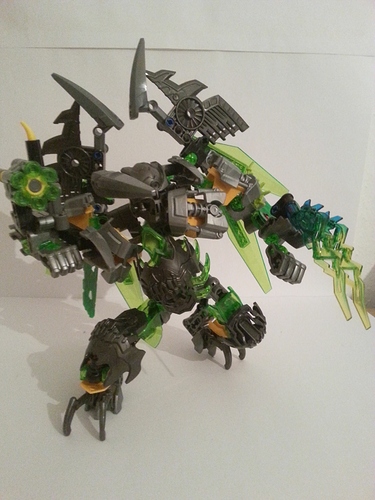 Here is he in a more battle like pose to give a better look how he fights. With his dual energy sword does he slice his pray and the blaster attached to his other arm gives him the abillity to shoot his enemies from the distance. His range is not wide but he prefers close battles. 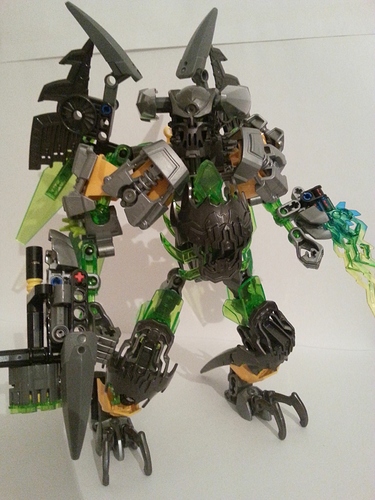 Another pose that shows him ready for battle 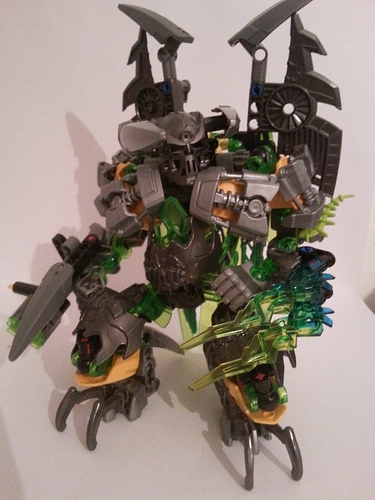 Here we see him lurking for his pray. Normally would he do this on a tree and wrap his claws around it to not fall down. 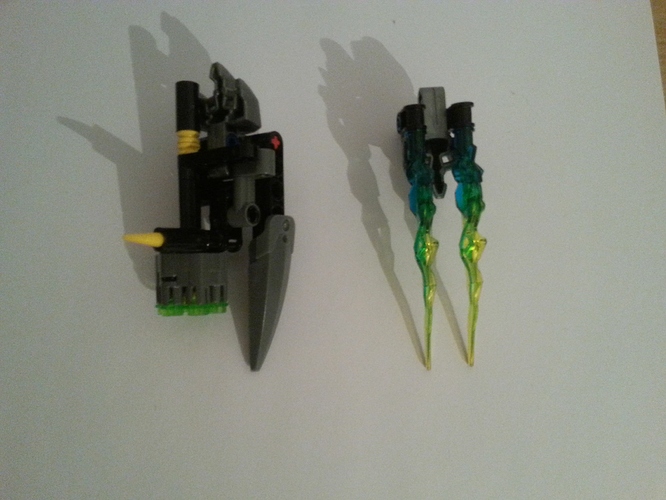 Here is a picture of his costum weapons. I used the Protector-Feet as base and tried to build two effective weapons that can attache to the arms. And yes the shooter is fully functional (I even shoot myself accidently while trying to build the mechanism) 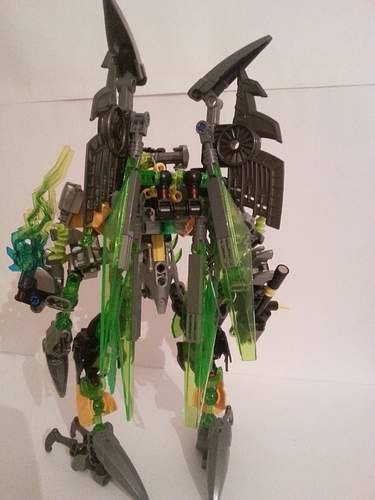 And here a picture of the back

Now lets get into the special builded parts for him: 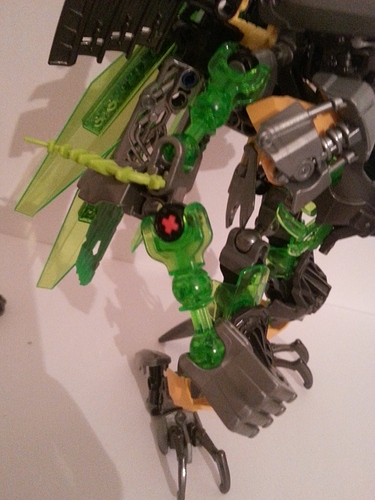 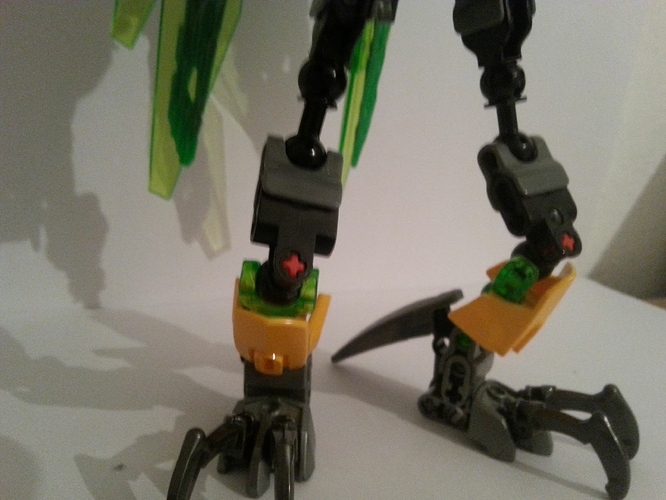 Here are his legs without the armor that covers the knees. Main problem: The construction is not strong enough and tends to let him fall on his back. I dont have any parts to fix this either but i dont wanna abandon the idea because i really love it. But in terms of stabillity does he really stand good on his two sadly tiny feet. 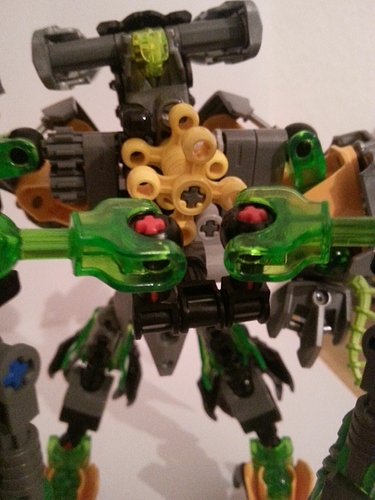 Here is the wing attachment 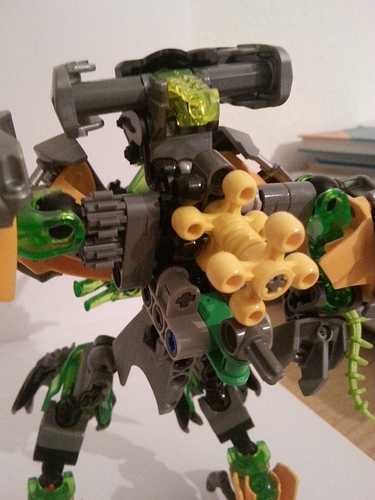 20160325_232214.jpg2448×3264 1.73 MB
and here is the gearbox that is functional for his blade arm. its only useable if the wings are removed but it wont be used much. I just though it would be a good idea to impliment it into him for extra functions. It does not affect the poseabillity of the arm 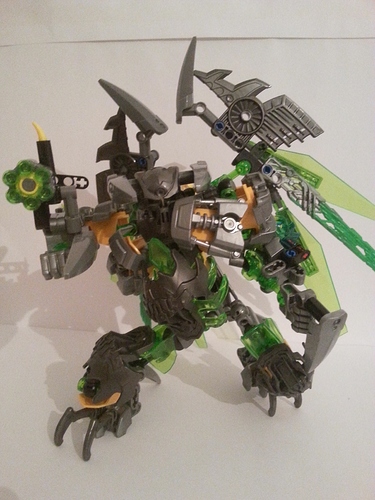 Well thats it so far. I hope to improve his little issues once I have more parts but this is all special I could say so far about him. Thanks for taking a look at him and I will see what I can produce next time for ya all!

See you next Mission!

I get what you were doing with the wings, but they seem abit odd, considering the top

the aesthetic of the fron seems weird…

though he is a demon, I can say

Cool! This moc is so good it’s making my screen lag!

The arms with extra joints don’t typically work well in this format (Especially when they don’t line up).

I got to say this looks pretty great.
Though the torso looks particularly strange.