During a demons’ assault, Just-x lost his left arm but he never gave up his goals to do the right things and try to stop the invaders. His determination and fight abbilities made him won a place of choice in the X team, fighting in the same squad as their leader, PredatorX. 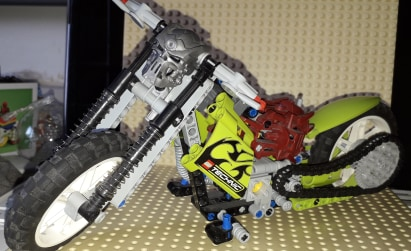 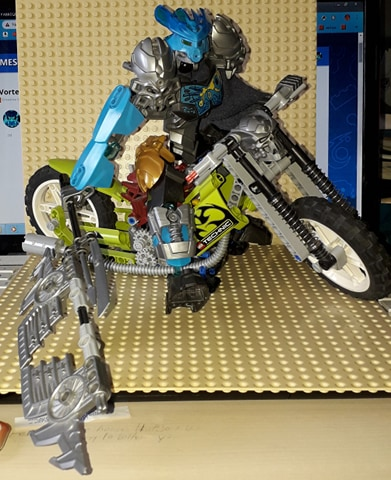 The figure is ok, but that bike is amazing.

I really added minor details, the saddle and the skull, except that it’s just a set

Uhm… So light and lighting?
Now, the figure itself, at least at first look, it doesn’t seem that bad. Yes, it’s a regular CCBS figures with some add ons and a dope motorbike, but other than that I can’t really say anything good. I can, however, say bad things. If you sit back and look at it, the Just-X starts to look like a 2015 Gali with some added on armour, which is uncreative and lazy.
The colour scheme is… Mhm… Pretty nice. But again, it’s basically Gali Master’s colour scheme, with some more gun metal gray and black. I would also add a little bit more of these two colours on the right arm. Also, what is that gold doing there? And the trans blue should also go.
The two Skull Spider Masks seem a little distracting. It looks like if the guy had three heads. I would have chosen different shoulder panels or, if you want to stick with those, I would have placed them in a little configuration, to look smoother.
Also, what the hell man? I am not an expert mocer, but I know that it’s elementary not to do what you did with the right arm. If the two shells are too big to fit on the arm, then either make the arm longer, or use smaller shells.
Also, the axe is pretty cool, but that huge gap in it would make it less useful.
Also, the motorcycle mod is pretty cool.

Not the best, there is room for improvements, but a good start.
7/10

That gold spider mask is really out of place

@Toa_Vladin Nah’ayara is a universe I created, with his own stories and rules. in that universe, light and shadow aren’t good or bad, they’re just base elements and another element comes next and give to the character some powers and his appearence. There are exceptions, the elemental masters, which have only one element (more pure and powerful than others)

So basically, he is light and lighting.

basically yes, but the light has very minor influence, it’s really just the base, he can’t really use it (for example, my revamp “vortex” has shadow and quantum, and we can clearly identify a different color scheme) 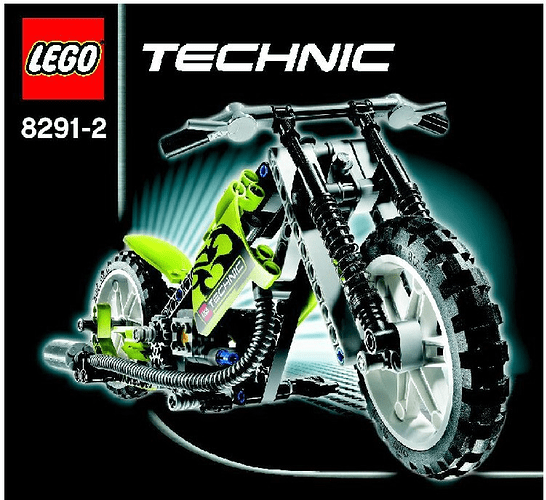