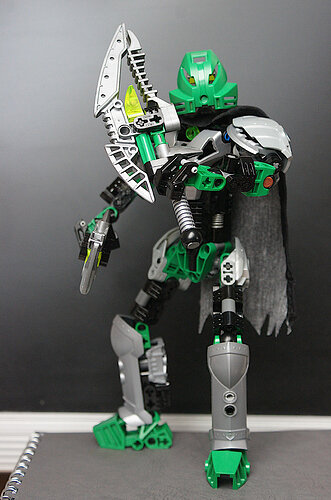 The Brotherhood of Makuta had just called upon the Toa of the universe to fight the rebellious Barraki when one such Toa came into Kavakawi’s village to fulfill his own destiny - making sure that Mata Nui had enough warriors to fight for him. Kavakawi and several other Matoran were handed Toa stones and transformed into Toa themselves, immediately following the Brotherhood’s summons.
For almost 900 years Kavakawi fought for the Brotherhood, liberating the universe from the Barraki’s influence and reestablishing peace. Kavakawi knew that his destiny was bound to the war, so once teh fighting had died down he and a few other Toa went to the region of Inoatra on the Northern Continent which had been ravaged by several great battles. Giving up their Toa power, the Toa healed the scars of war, becoming Turaga in the process.

Kavakawi wore a Kakama, Great Mask of Speed which in addition to his natural agility made him an exceptional scout and courier. His Toa tools were twin cleavers through which he could channel his elemental Air powers. 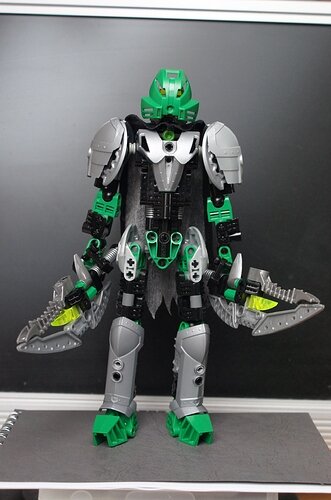 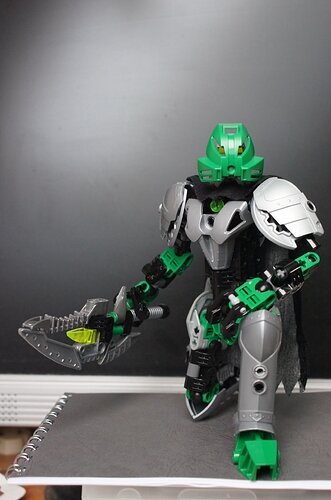 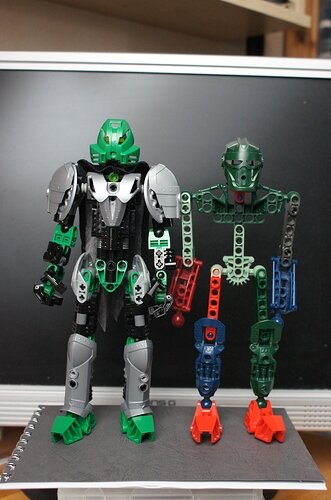 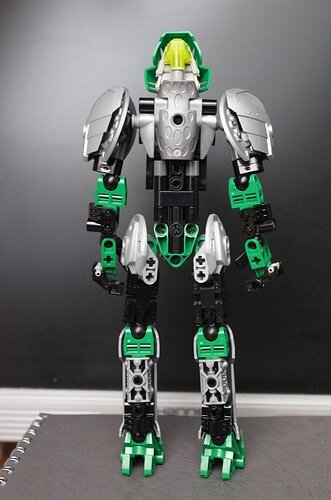 Was motivated to build a Toa MOC on a whim. Might do a Turaga version, too…
C&C appreciated

This is a great MOC. I don’t know what else to say, it’s just great.

Very clean MOC. Makes me wish I had some KK armor to work with.

Now this is how you do a toa

This looks great! The shaping on the torso and shoulders is very well done.
I also really like the lower leg design.

Great arms. I definitely see myself copying some of those ideas at some point. The custom torso and cape are incredible too. And I really like those axe type weapons too.

The only thing wrong with this moc is his torso is to black and to skinny. Other than than, a really good Metru Build inspired moc.