At the time, I’m well aware that the 2016 aren’t officially released, but I wanted to release my revamp to give some ideas for other revamps.

This is Ketar’s revamp. First off, as you can see, the color scheme is more evened out and the build is much less clunky and much more solid.

He also has some nice arms with some claws instead of those clunky and rather ridiculous crystal sword? bits. He also has a very different tail, using a burnt orange 4M CCBS shell, and a new function. You turn the small gear at the bottom, and the flame pieces open and close together in a snapping motion. 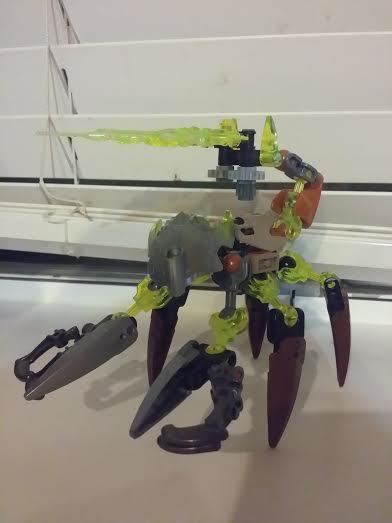 #New Revamp:
I redid my Ketar Revamp after some responses I got from other members from the Message Boards. I tried to make him more like Ketar and added the blades and crystal add ons. He also has additional swords, that kind of act like Ketar’s old blade arm things. 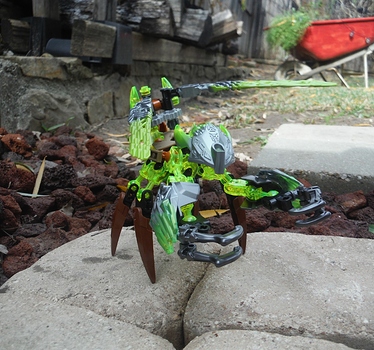 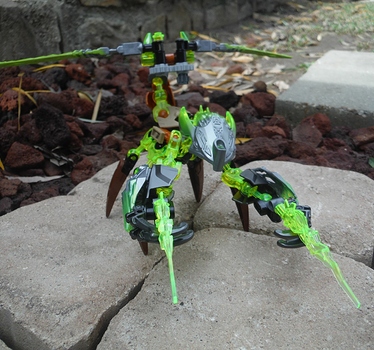 More photos will be in my youtube video, which I will post when I’m finished making it.

Thanks for reading! I will be coming back with more 2016 Set revamps once I find more. Until next time.

Nice job! The colour scheme still has about as many colours to it, but now they look a lot more controlled and well sectioned-off. The grey on the upper front limbs is a bit distracting, but otherwise a lot better!

Wish I had the sets…

Looks alright. His neck looks really stubby and awkward, and the way you had the arms posed in the first picture makes his shoulders look too close together. The Next to last picture fixes that issue, so if you show him anywhere else I’d be sure to keep the arms spread out!

Can he still combine with Pohatu?

Really improves the rather clunky look of the torso. I really wish you could incorporate the blade pieces from the set somehow though.

Despite Ketar’s many many faults the thing I liked the most about him was because he was a unique and alien design. So this revamp doesn’t really speak to me, he’s basically a smaller Scorpio. I feel his characteric swords should replace those claws. Don’t get me wrong this is a job well done, it just doesn’t scream Ketar for me.

This is a pretty good improvement!

I agree with @Triple. I also think you should get rid of some of the colors and maybe swap some around. Neat work.

I redid my Ketar Revamp to make a little more like the original. 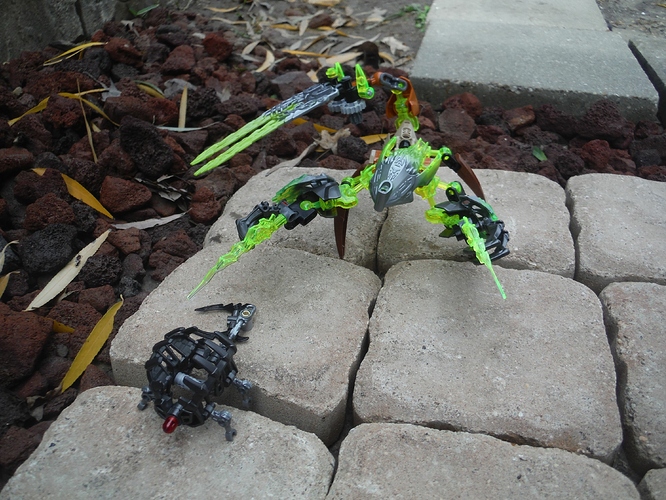 Well you fixed the horrendous tail, his sword arms are not as ridiculous (however yours are still a bit), but the function is weak to me. Every thing is better but the function.

Those swords are removable, btw.

No, no I’m saying the original set had the bad tail and ridiculous sword arms. Your versions arms are good my fam.

No, no I’m saying the original set had the bad tail and ridiculous sword arms. Your versions arms are good my fam.

Thanks for your input!

Really can’t judge because I lack Ketar, but this looks nice.

I can’t believe a 2016 set revamp already came! I like that you made the claws more scorpion like but, I don’t like that he has a mild case of skull-scorpio-tail-disease.