Khrav, Toa Lucrum of Iron.
Aka: The Beast. 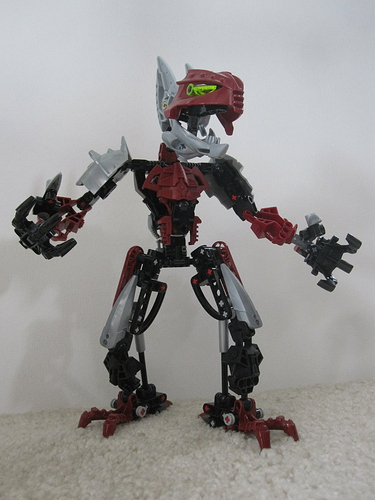 Earlier in his life, he was imprisoned in a circus and shown off to matoran. 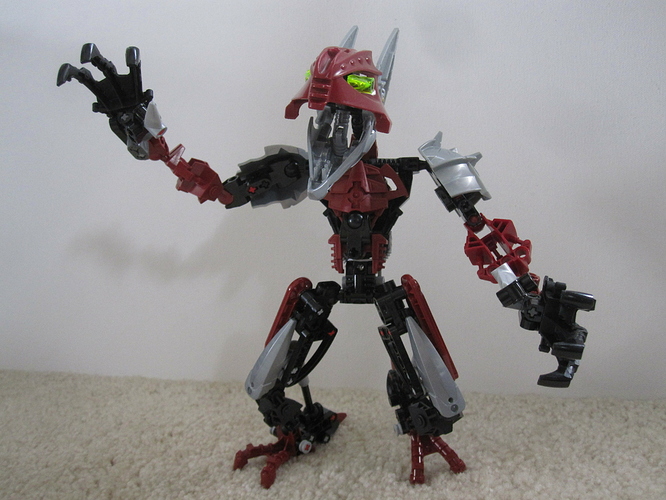 When Vectra raided the circus, she released Khrav. 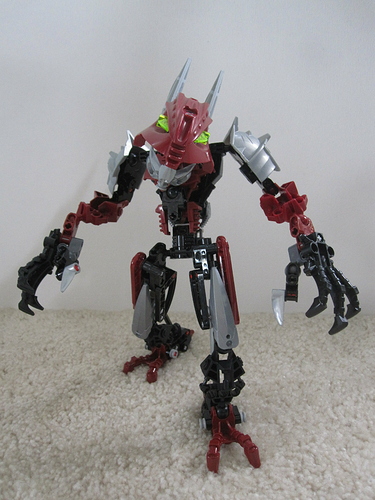 He ended up following her, and joining the Toa Lucrum. 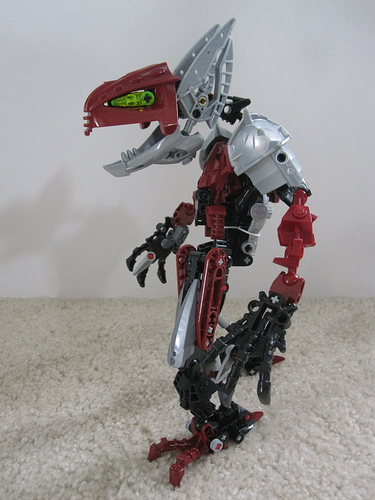 The armor he wears was given to him when he joined the team. 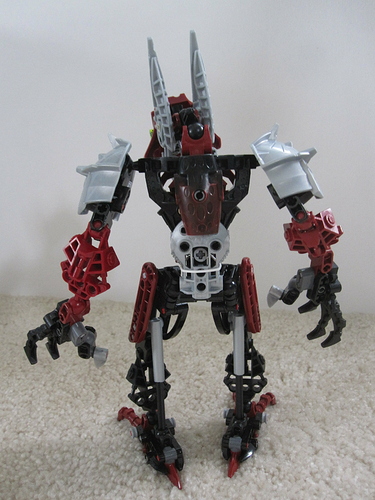 He is the strongest of the team, able to rip through metal. 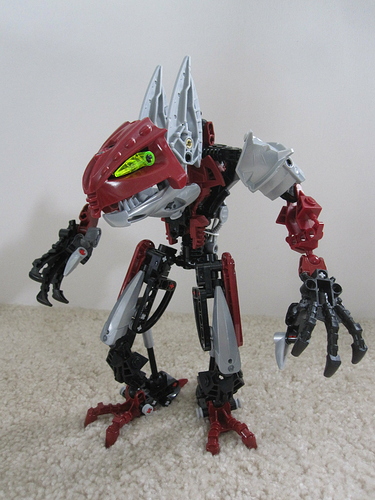 Despite being a toa of iron, he has no elemental abilities other than his strength. 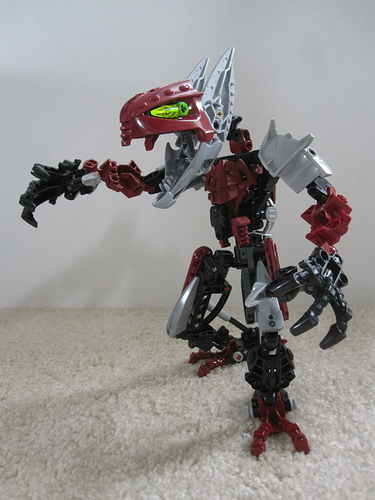 Let me know what you think.

Looks pretty good. The sides of the thighs suffer from the same gappiness as Hydraxon though. 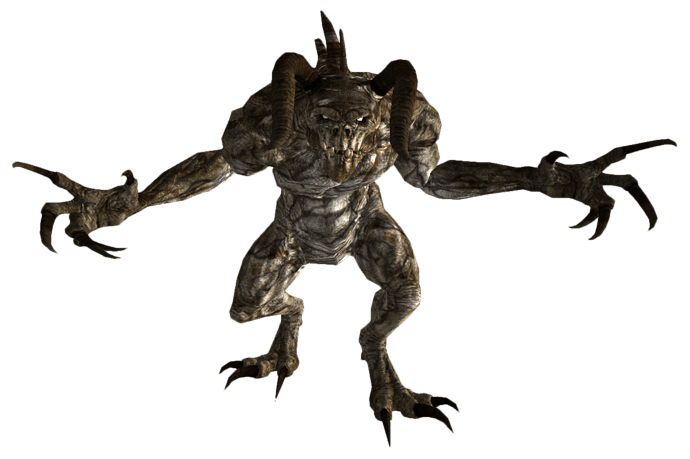 I knew its design looked quite familiar…

I must agree, It does look like a deathclaw