This was my first MOC for the Battle of the Golden Mask contest (which Venivvy and Sparntutors were latter based on). 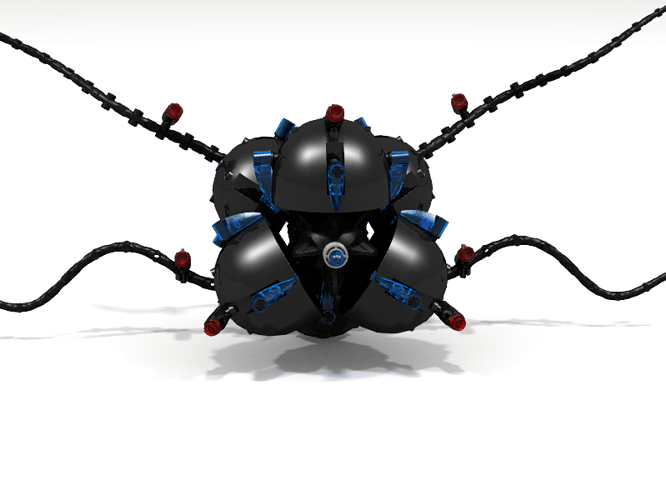 “Those who forget the past are doomed to repeat it . . . Unless there is no past.”–Khronstor

Khronstor’s origin is unknown to the islanders of Okoto and even unknown to Khronstor himself. He just appeared one day in the fire region of Okoto and was found by one of the Fire Protectors. The two quickly became friends and Khronstor soon began to wander on the island, looking for answers in the past. Though his wanderings came to an end and became friends with the Mask Maker called Makuta. He quickly became the Mask Makers’ chronicler and was quite happy with his job. Though his happiness was not to last. Khronstor followed Makuta and witnessed him put on the Mask of Ultimate Power. When Ekimu knocked the mask off of Makuta’s face, the shock wave gave Khronstor a concussion. This concussion, along with seeing the horrible destruction to the island, caused Khronstor to go on a mad mission. He started to destroy anything and everything that had to do with the Era of the Mask Makers. Specifically destroying ruins and anything else that could serve as a reminder of what happened. But he quickly remembered the masks of power and set out to find and destroy them. Both the Skull Spiders and the Toa are in his way, but that won’t stop him. And soon, he’ll find the Temple of Time and with the temple’s destruction, all of time shall be erased.

Khronstor is a biomechanical being that normally floats/hovers/levitates five to six feet above the ground. How far he can fly is unknown. He has seven, single elemental lava(rhyolite) blasters and four powerful vines that can crush Skull Spiders into a fine powder with ease. Khronstor is a very skilled fighter and the Skull Spiders worse nightmare. With no mask and no mercy, the Skull Spiders stand no chance against him. Even the Lord of the Skull Spiders wouldn’t dare challenge Khronstor unless it’s something very valuable. The Toa will soon find that he’s no easy threat.

This is really eyecatching, such an alien design; which I really like.

this is cool in a strange cybernetic way… good work

I don’t know why, but I’m reminded of the martian blob-thing from the third episode of the Justice League cartoon.

I knew it reminded me of something!
This is cool. 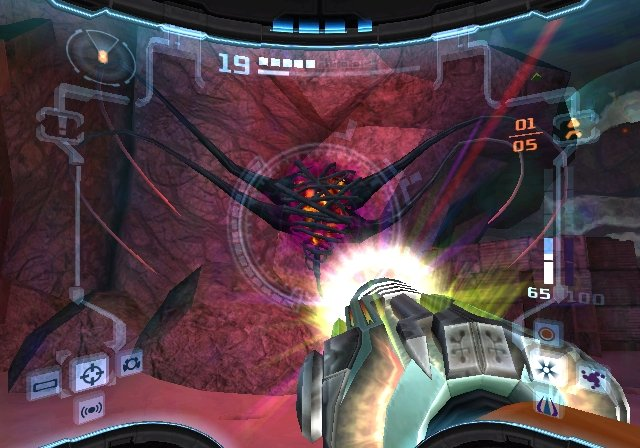 Fascinating (the bold), it’s like you pick up on the two things it’s based on. One is friendly and the other is malicious.

this is cool in a strange cybernetic way… good work

I don’t know why, but I’m reminded of the martian blob-thing from the third episode of the Justice League cartoon.

LOL! I can kind of see it, but that’s not what I based it on. It’s based on the Ghosts and Harpies from Destiny.

I knew it reminded me of something!
This is cool.

What did it remind you of? Also, thanks!

Huh, it does look similar, but I’ve never played a Metroid game, so this is more of a coincidence.

EDITED FOR 7 POSTS IN A ROW.
Sheesh man, calm it down.
~Chronicler

Hey, Ajtazt, just so you know double posting is against the rules unless it’s a creative content UPDATE. That doesn’t mean replying to several people’s comments. That means you add more pictures and stuff for an update on a Lego MOC or something.

What you did, 7 posts in a row, is heavily against the rules. This could all be compiled into one post, like I did for you. Edit your post if you need to add anything else, don’t double, triple, quadruple, etc. post.

So please, I recommend a thorough reading of the site rules so you don’t get into any more trouble.

Is that a record?

Btw @ajtazt did you render that picture in LDD? Because I never get my models to look that good.

Is that a record?

Actually the record I believe is 8, but that’s off-topic.

@Chronicler Incredibly sorry for that, I must have missed that important detail when I skimmed through the rules. But that is no excuse for stupidity; making all my replies should have been in one post as it’s faster and more efficient. I’ll make sure it won’t happen again.

@Darknova3529 Well, this is not good for a first impression, breaking a rule within 24 hours. And, no, I didn’t render it in LDD. I used LDD to Pov-Ray Converter; it was required for the contest. I had never used it before then, even though I knew of it, as I didn’t trust it. But it’s a great program, I hardly have to do anything, it does most of it by default. Though just a quick warning, transparent/translucent colors will take longer to render than any others. Khronstor here took around four hours, despite my computer having a decent processor. That’s why Sparntutor isn’t rendered, even after 16 hours it had only completed 10%.

It reminds of what @Leoxandar said.