Another piece of art, this time depicting an Ice Okotan, which I started calling “Aisoti”, since my headcanon name for the Ice Region is Aisotl.

Kiara was an Aisoti villager who became blinded from an accident while in an Earth village. She had to be evacuated to the surface because of the Skull Spiders attacking and forgot to go through a procedure set by Earth Okotans for villagers of other regions in which they go through a sequence of rooms with varied levels of light to adjust their eyes from the surface to the underground and vice versa. One day, she found a mask in a deep cavern beneath her home village attached to the body of an ancient Okotan. The mask had two powers: Sonics and Illumination. Kiara wasn’t aware the mask had two powers, or that such a mask was made by Makuta, but when she wore it, she used the limited power of Sonics to perform echolocation, giving her hope. However, when she was seen by another villager with her new mask, the villager threatened to take the mask and bring her to the elder. She refused and got upset, suddenly accidently releasing a flash of light, hurting the villager’s eyes. She was brought to the elder and sentenced to banishment for harming another villager with a mask power. She’s been wandering the region ever since, her only support being her friends from the other regions. Ever since her sentence, however, she’s been distancing herself from nearly anyone. She learned to survive on her own, carrying her own shield and an urumi, a sword-whip. 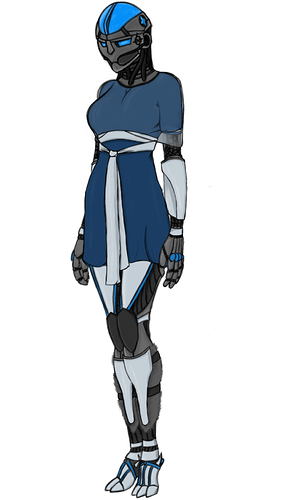 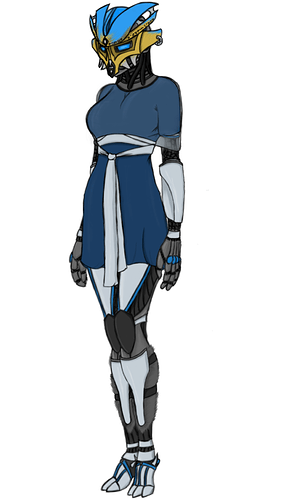 image.png1080×1920 507 KB
I based her mask off a barn owl and added an addition that resembles an earring. This addition was a symbol that she was exiled.
The words on her mask, which were inversely written 'cause laziness, spells “Light” and “Control Sound”, and added a gem which would be how she used echolocation. The gem is Quartz, which is a nod to the concept of the “third eye”.
I based her clothers off a version of ancient egyptian clothes, which I thought was funny since I imagined that Aisotl was meant to be more Aztec and Nordic.
44 Likes
decepticonaiden December 4, 2016, 4:00am #2

This drawing is amazing!

Great artwork and back story!
I love it all!

Thank you all for the feedback. Kiara was actually also based off a moc I made. The inspiration was literally just this: “How would Ekimu’s burial mask look on an ice villager?” The moc and the character went from there.

My question, why the boobs, but I still like the art style

That’s really good!
The name doesn’t really strike me as a name that would exist in the G2 MU but that’s easily overlooked.

I apologize, I’m used to drawing females like that. I could say I’m basing it off the headcanon that the Okotans have a mechanical skeleton and metallic skin and implants, but the rest of them is organic, and the females have breasts as part of how they grow as opposed to men and to differentiate them from the male Okotans, but that may be a weak argument. Really, it’s just the way I’m used to drawing females.
Also, @AwesomeJoel27, I picked the name because it sounded like a nice name for her character. Honestly, G2 could’ve done a bit better with their names.

Honestly, G2 could’ve done a bit better with their names.

Definitely, it just bothered me cause its a real human name is all.

Yeah, unlike most things I name, Kiara was one of the names I used that was an actual name. However, I think it sounds like a nice name. I picked it because she has a sister named Kaija and I wanted the first letter to match as well as start with “K”. It’s kind of like the right-hand matoran sharing masks with the Toa in G1.

Oh, well then… I understand this.