Had a certain part of this guy in the back of my mind for a while now, but I finally made the full MOC… 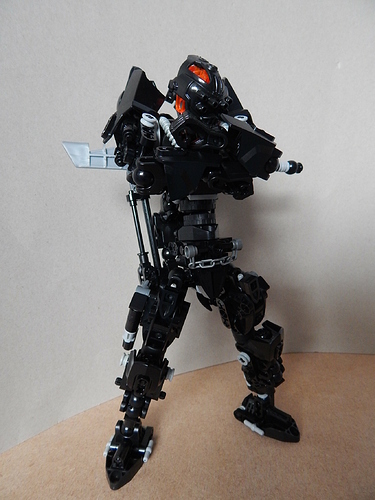 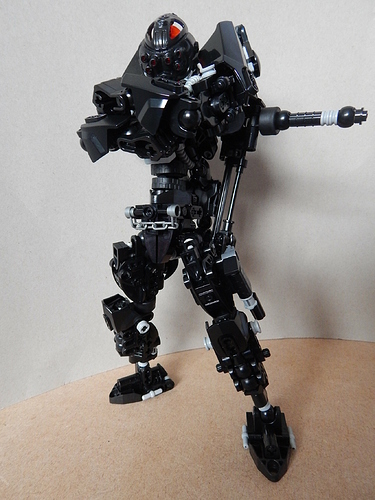 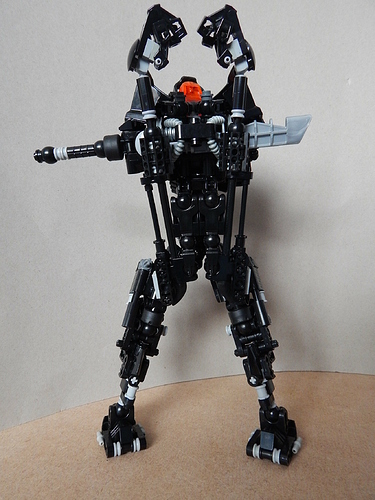 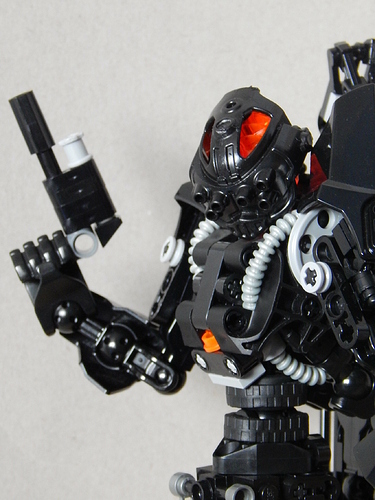 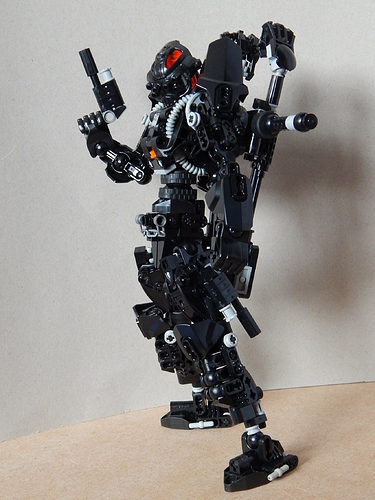 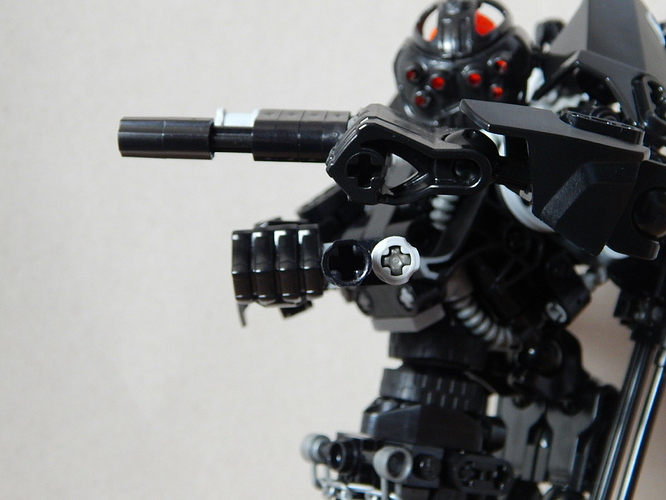 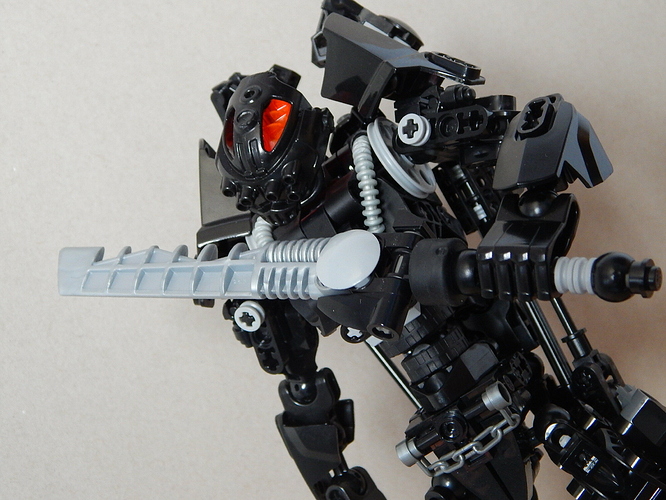 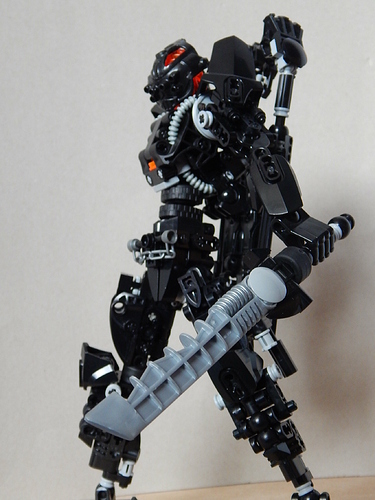 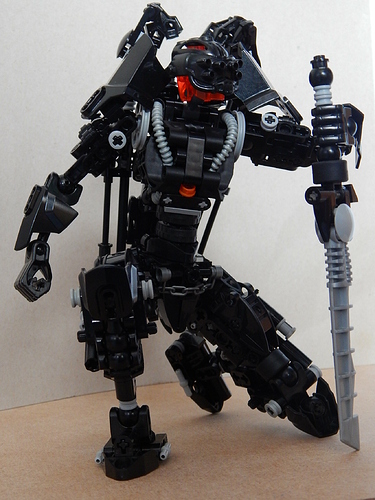 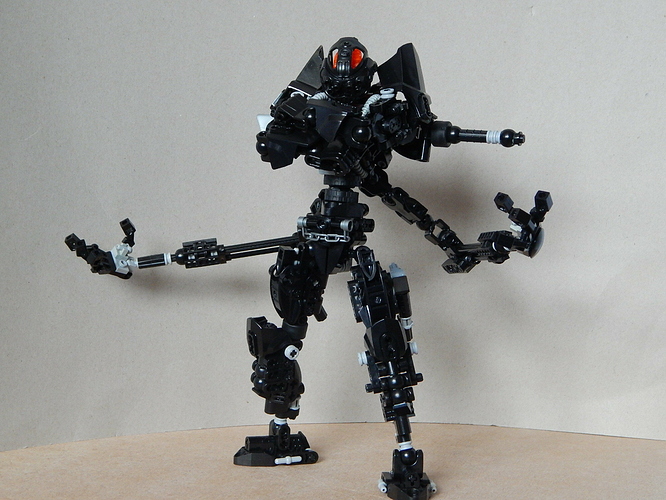 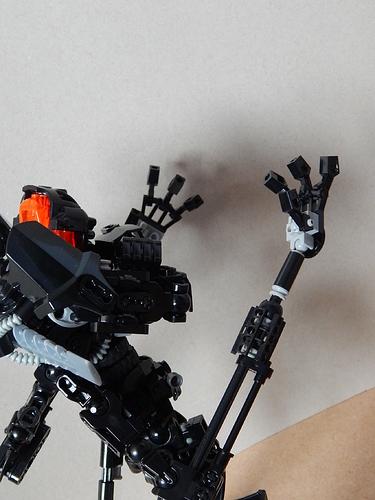 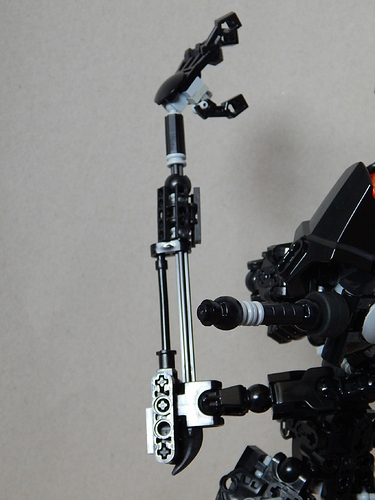 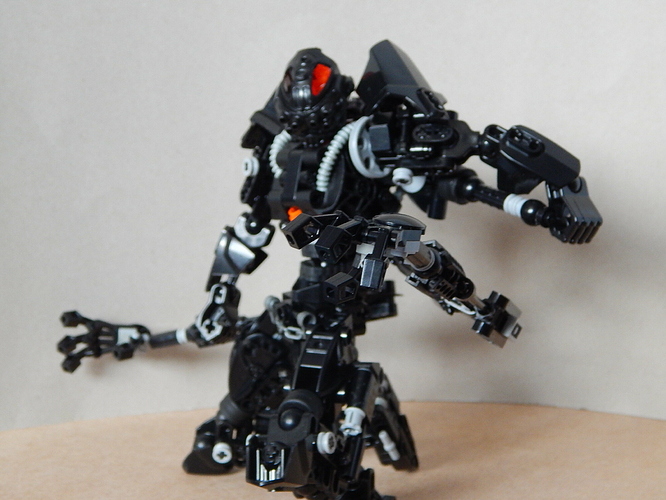 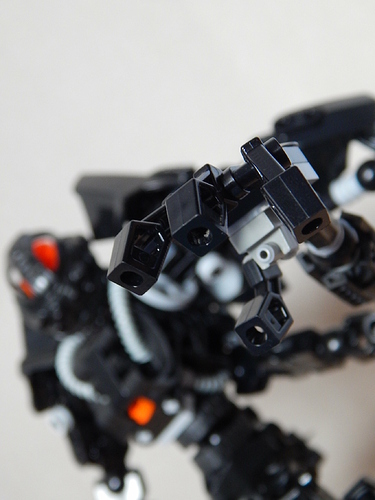 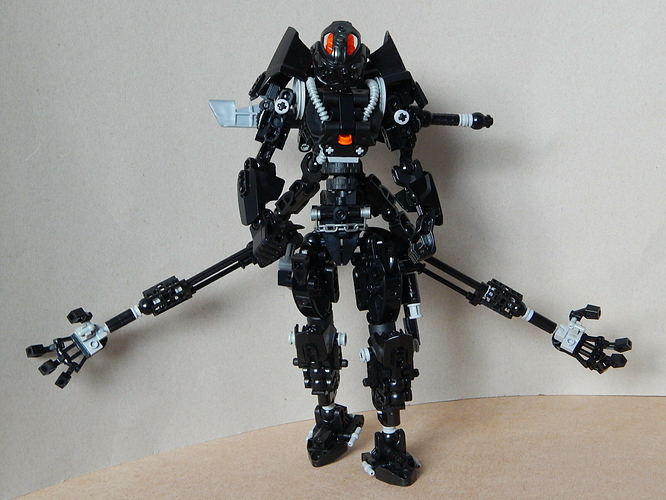 A better look at the back… 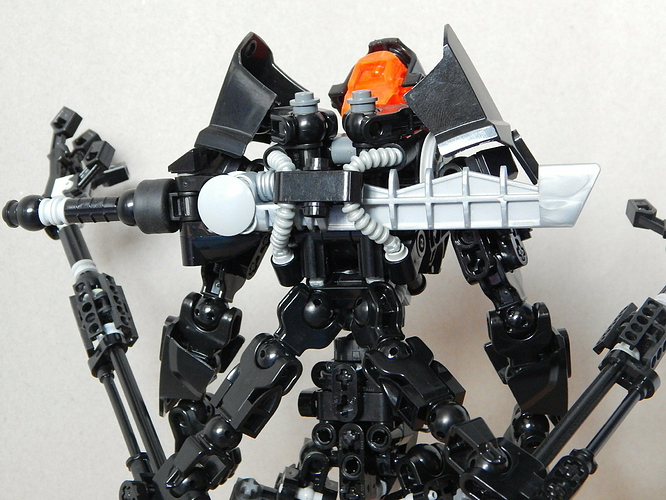 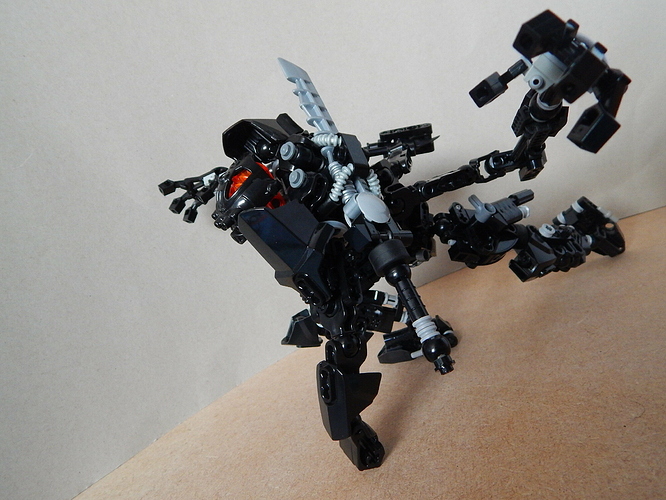 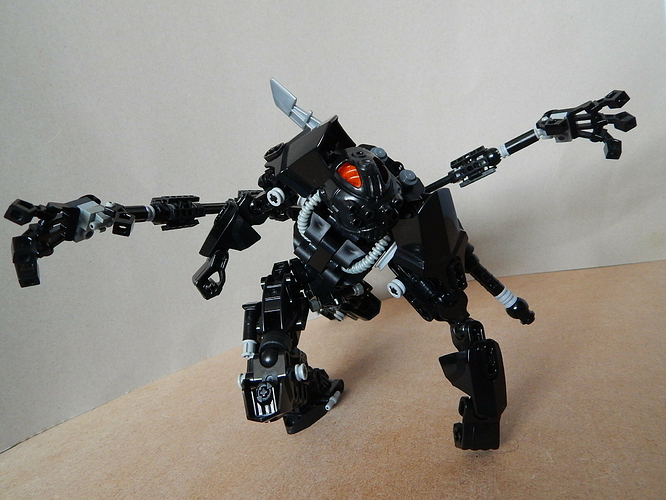 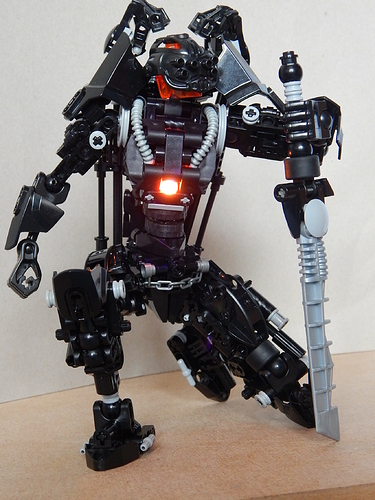 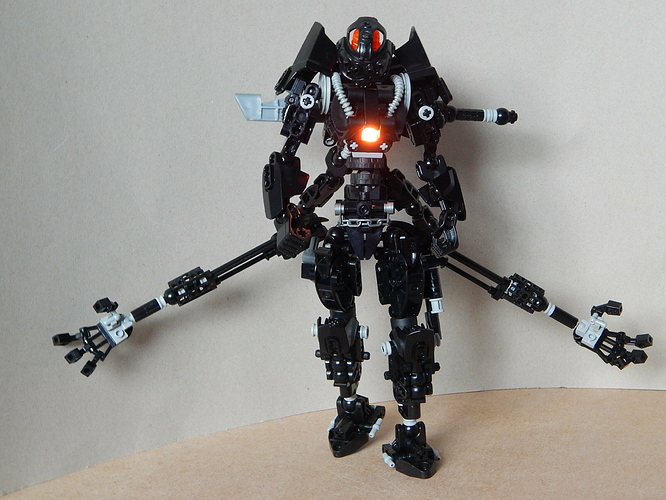 Tell me what you think…

Cool. I like how you differentiated the normal arms from the mechanical/extra arms, and the Core Hunter head work well as technician/engineer goggles.

This is pretty great! my only complaint would be the lack of color. Maybe something like yellow could help make it look a bit more interesting.

Very nice-looking MOC! It looks like a mix between sci-fi and fantasy to me. Keep up the good work!

One of the more creative uses of that sword…

Nah but seriously it’s a pretty cool moc. I was just underprepared for the extra terminator arms.
With a color scheme this straightforward (not a bad thing, mind you), it was hard to tell what exactly what was going on right away, but once I realized that he didn’t have an arm popping out of his chest, I was like,

it looks like something Aliraah would build but with the imagination of Shadowgear.

all in all, it is very impressive

but the thing that bugs me is that, why HF 2.0 hands why them? it spoils the contrast of the custom the head is fine but why the hands it’ll look better with posible hands

Did the first shot of the back not give the arms away?!

At first I was unsure about what they were, so I just disregarded it entirely assuming you were going to touch up on it.

It was hard to hide them…

Woah, this is really cool and unique.

This is really awesome, but since Komao is all black its kinda hard to make out the details in some of the pictures which kinda sucks, since it has so much to offer. Maybe some strategic colour blocking with an additional colour would help. Other than that, its hella sweet.

Love the MOC overall, but i gotta say, despite how simple it is, i think the sword might be my favourite part lmao

I really like the overall build, it works well,
But even with the grey highlights the black is very overwhelming, I think the moc would benefit greatly from more trans orange, as as it is the detail is very muddled.

This is pretty sweet! Keep up the good work.

But the one thing that I just don’t understand is why it’s called “The Engineer”?? What type of engineer is he? What does he design? What does he build? Does he have any tools? Did he build his weapons? I just don’t get a feel for an engineer here at all! Again, just to be clear there is nothing wrong with the build. To me, the name doesn’t fit at all ):

I mean, I assumed he built his robotic arms and has to have the know-how of an engineer in order to maintain such a mechanism.
I actually think engineer fits, he seems like a being who would help design and maintain complex machines, and from the look of this moc, war machines at that. He reminds me of a techmarine from Warhammer 40k. I don’t think the name warrants a four point deduction. If the build is good, and the name doesn’t truly represent the moc, I’d give it a 9 at least, since I still think the moc is really good, even if the concept wasn’t properly represented.
I’m saying this because the builder hasn’t really given much in terms of the story behind the moc, which is understandable if the moc can convey a story by its build alone, and my interpretation is that this “engineer” is a person who maintains war machines, maybe his own, and has built his own robotic arms in order to carry out his tasks. I’m assuming the title was self-proclaimed and maybe the being itself is part-machine or even an android, justifying the need for knowledge of designing, building, and maintaining machinery.

In short, I don’t think misnaming a moc warrants such a low score, especially if the build is impressive. Be that as it may, a name can always be changed as well, if the creator is given a valid reason.