Pardon the worse than usual image quality. I got a little lazy and didn’t bother taking other pictures aside the ones for instagram.

Anyway, the story on these fellas is that I had made a deal with another AFOL, who sold me a bag of kraata and krana. I wasn’t sure what I’d use them for, but the idea of giving kraata legs started to linger in my mind.

So I started tinkering with some prototypes. The first ones were okay, but there was definitely room for improvement. Having built a few, I showed them to some buddies, including Mana-Ramp-Matoran/3rdeye88. We did a skype call after for a different reason, but long story short it turned into a 4-hour session of us building spiders from kraata.

In the end I made two: 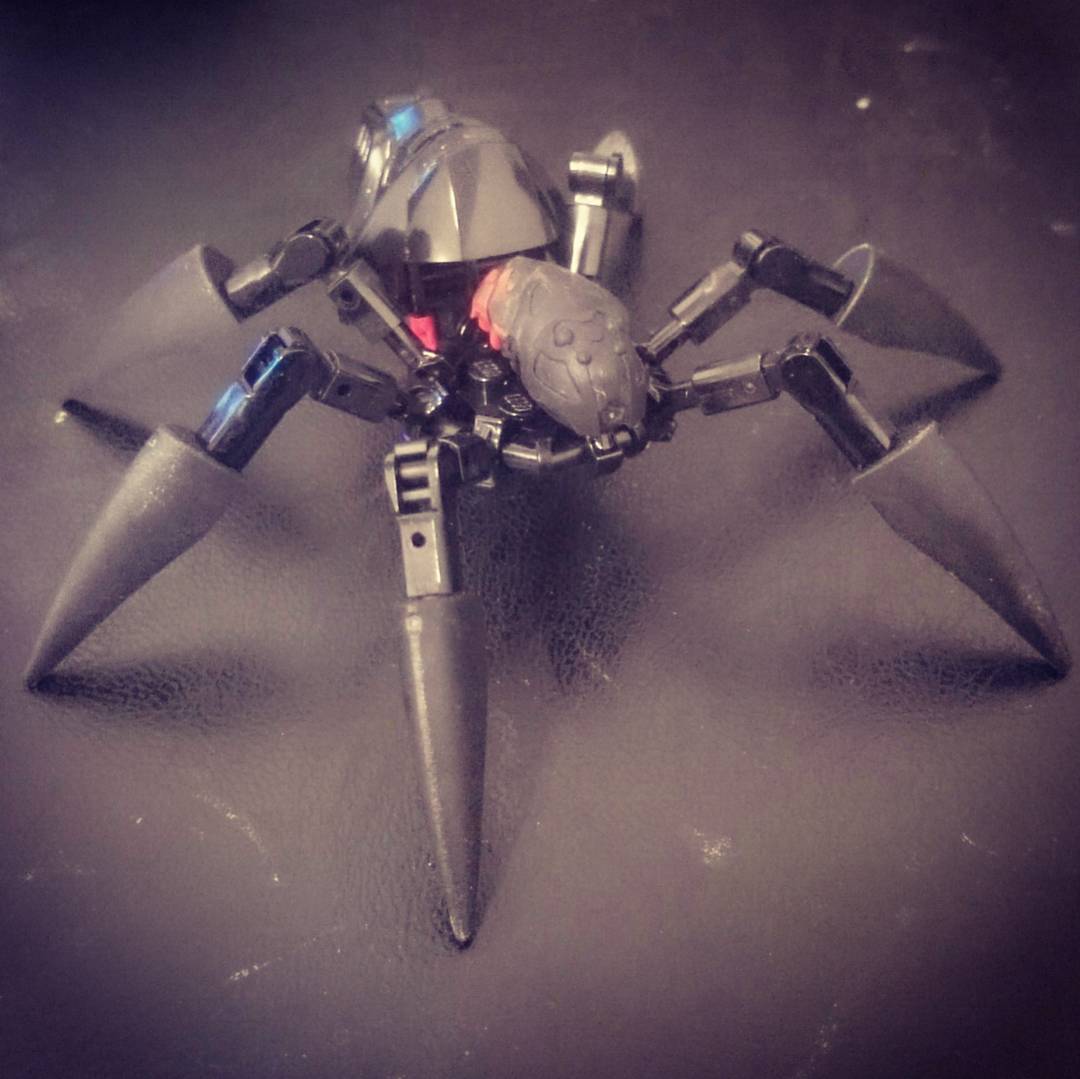 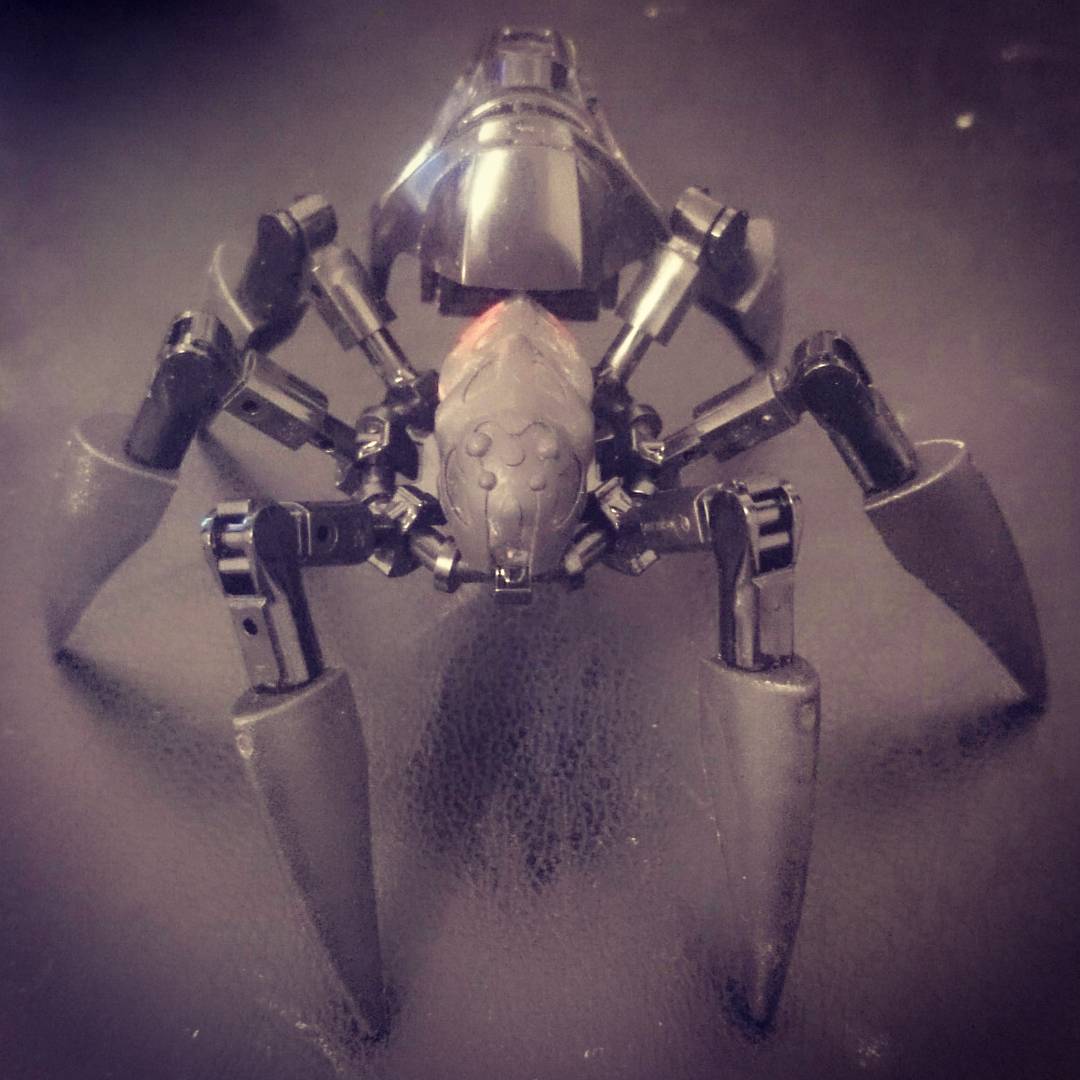 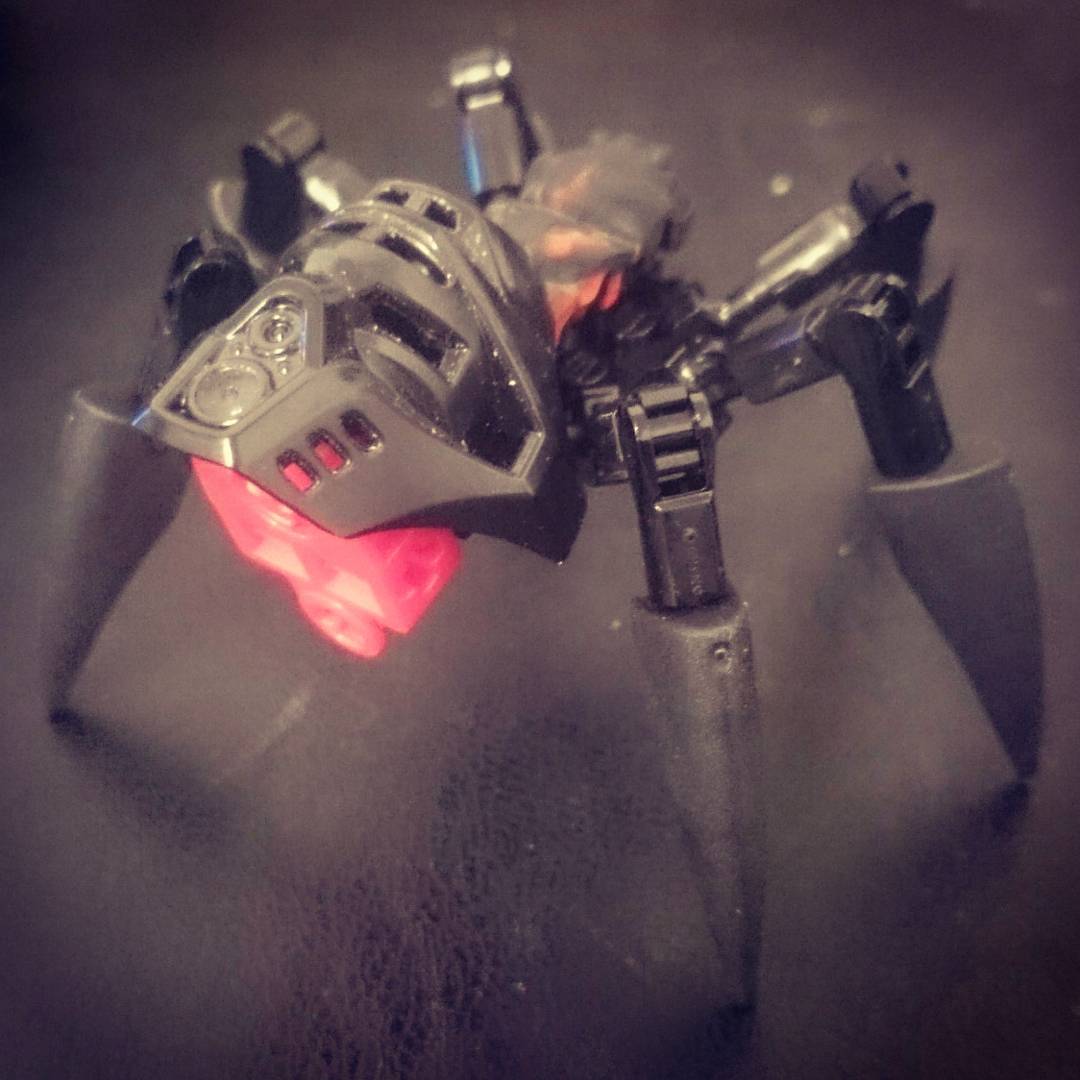 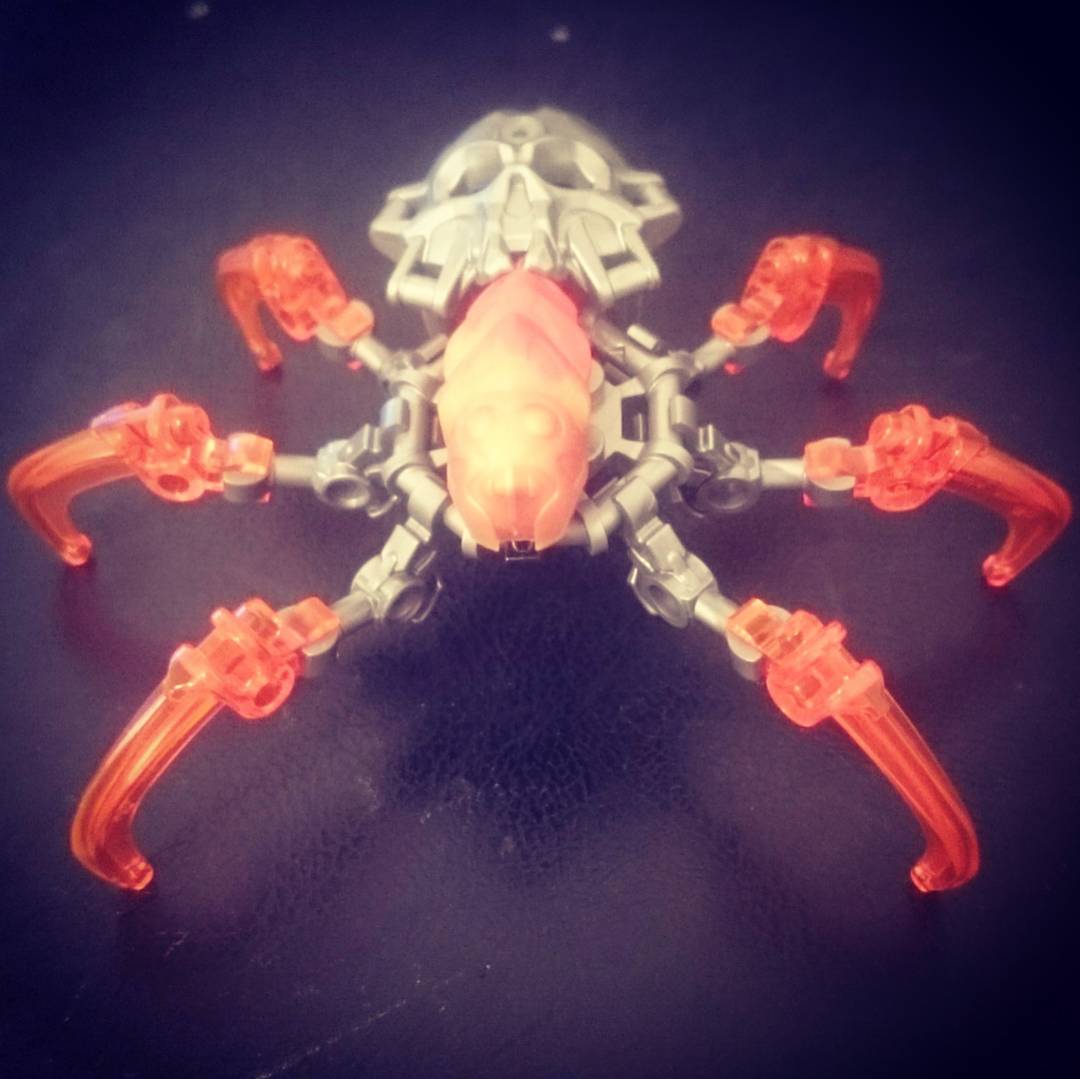 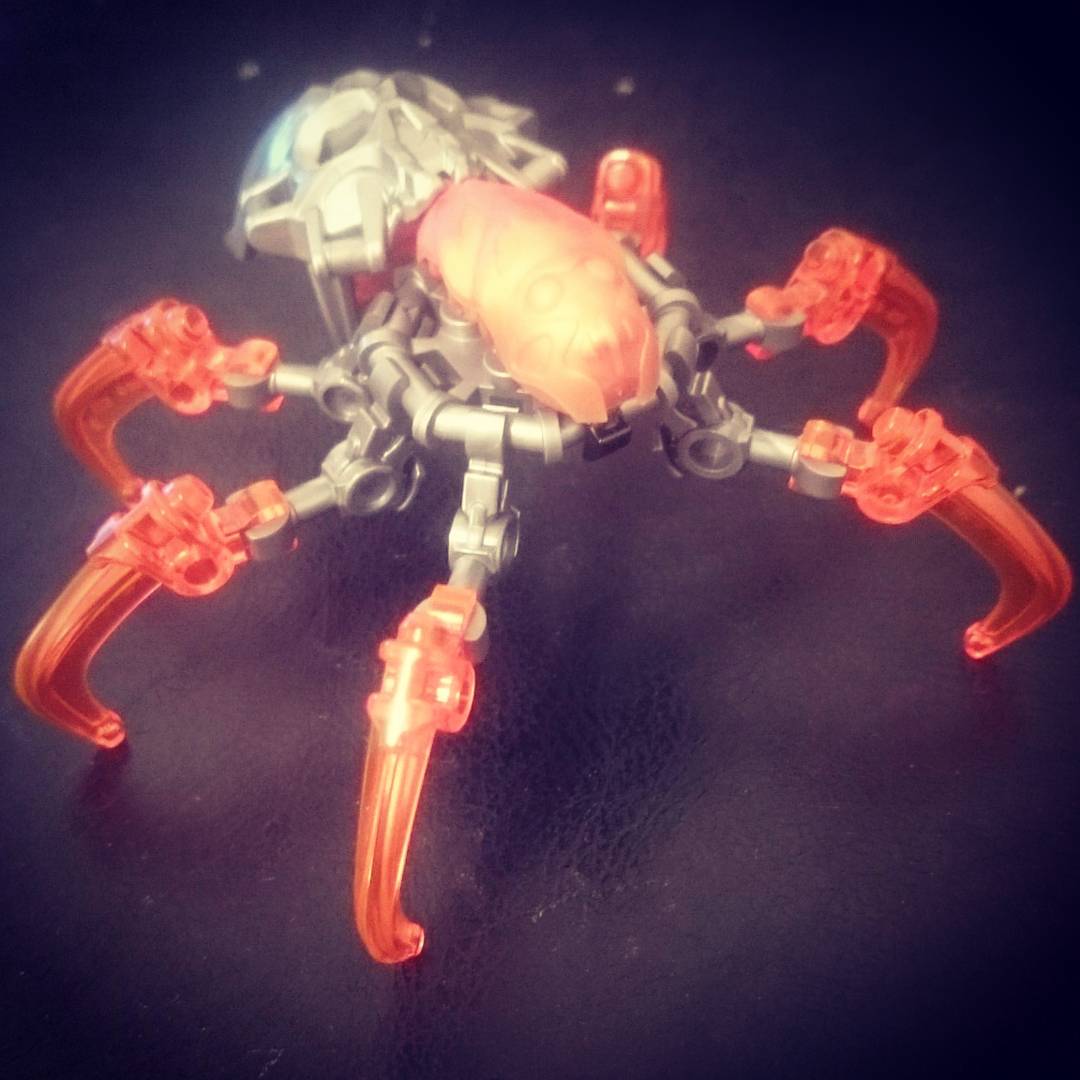 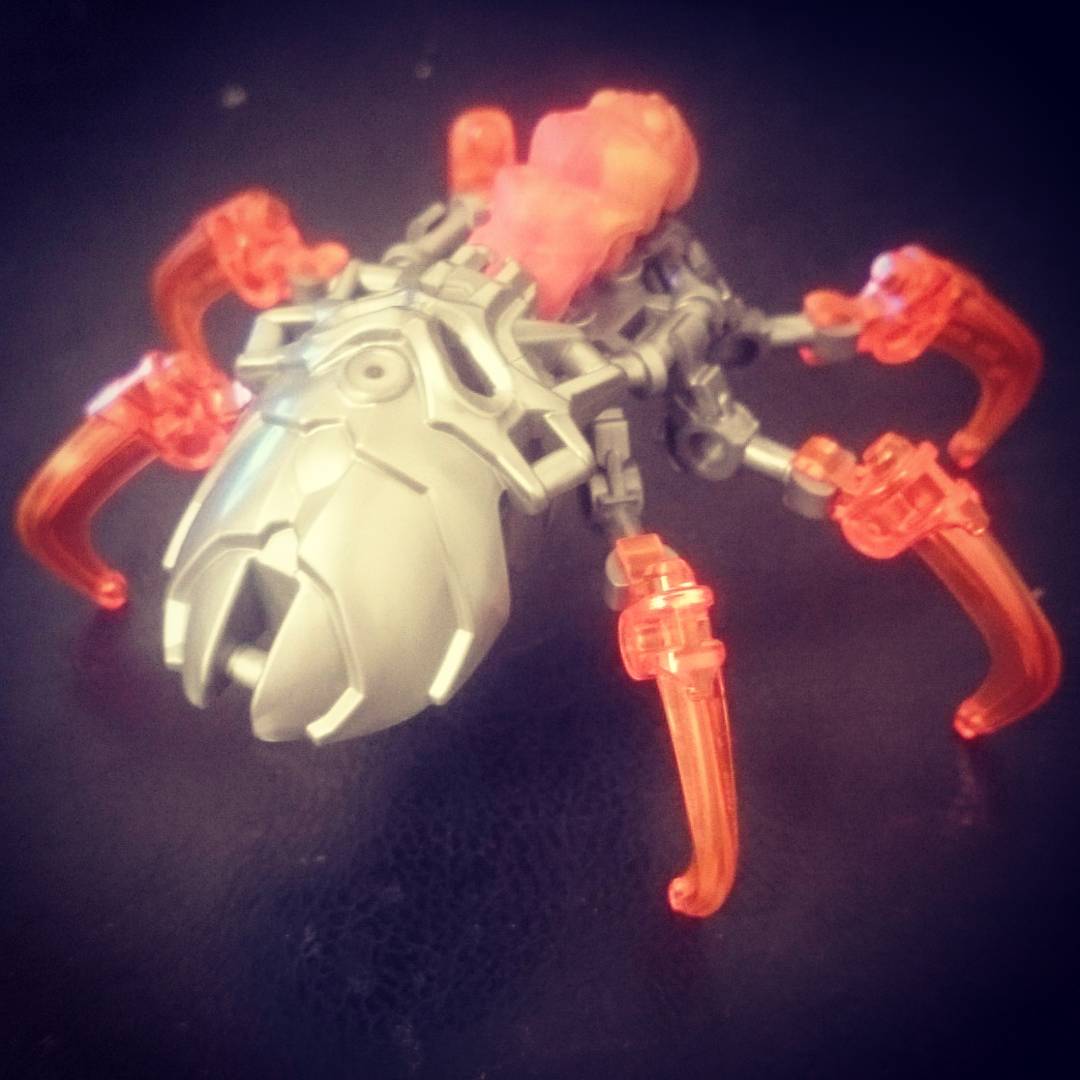 And these were my first prototypes. I started with the smallest, then the one on the bottom left and then the other two when I figured using that disc with bars as the base. 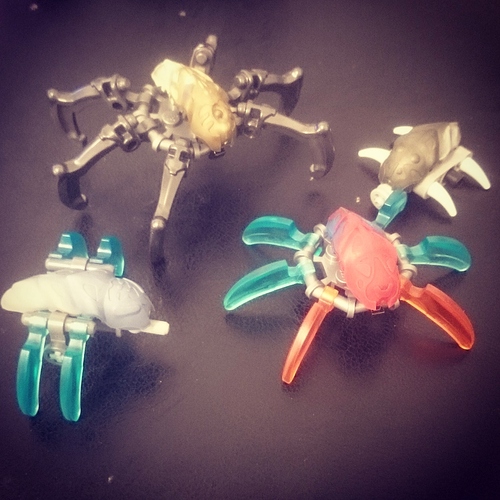 These are great, but you should totally do an orb weaver. They are some of the most beautiful spiders

Do you have any pictures of the inner structure? You know, how you attached the masks to make the abdomen?

Very interesting. good use of peices

KILL THEM WITH FIRE!

Very cool and interesting way to use the kraata! I live all the different variations.

They are some of the most beautiful spiders

They certainly are. Nice work.

Nice use of specialized pieces.

Its cool to see such a specialized part used in more ways. I like the concept of the Kraata being able to possess bite-sized robots; it gives them a lot more of a collectable charm than just the Kraata themselves.

What kind of connection are you using here? From what I can tell it looks like an illegal build.

Not really a fan of these. The organic texture of the Kraata doesn’t fit well with the rest of the body. The builds themselves are good, but I don’t think the Kraata work well with the builds.

@theBolderBoulder Could you not advertise on other people’s topics? It’s rude and goes against our advertising rules.

What kind of connection are you using here? From what I can tell it looks like an illegal build.

D’aww, don’t word it like that, though you’re not wrong.

The kraata are attached with either exo-force hands or T-pipes that are stuffed in their ‘studs’. It stretches the stud a tiny bit, but not so much that I’d be worried. I resolved to that since the kraata studs have a rather weak hold. Other than that it’s a legal build, except for the clip-on-clip legs on Firespitter.

A shame you don’t like them, but these aren’t exactly quality builds anyway. These are just experiments to find some new use for the kraata built over a Skype call.